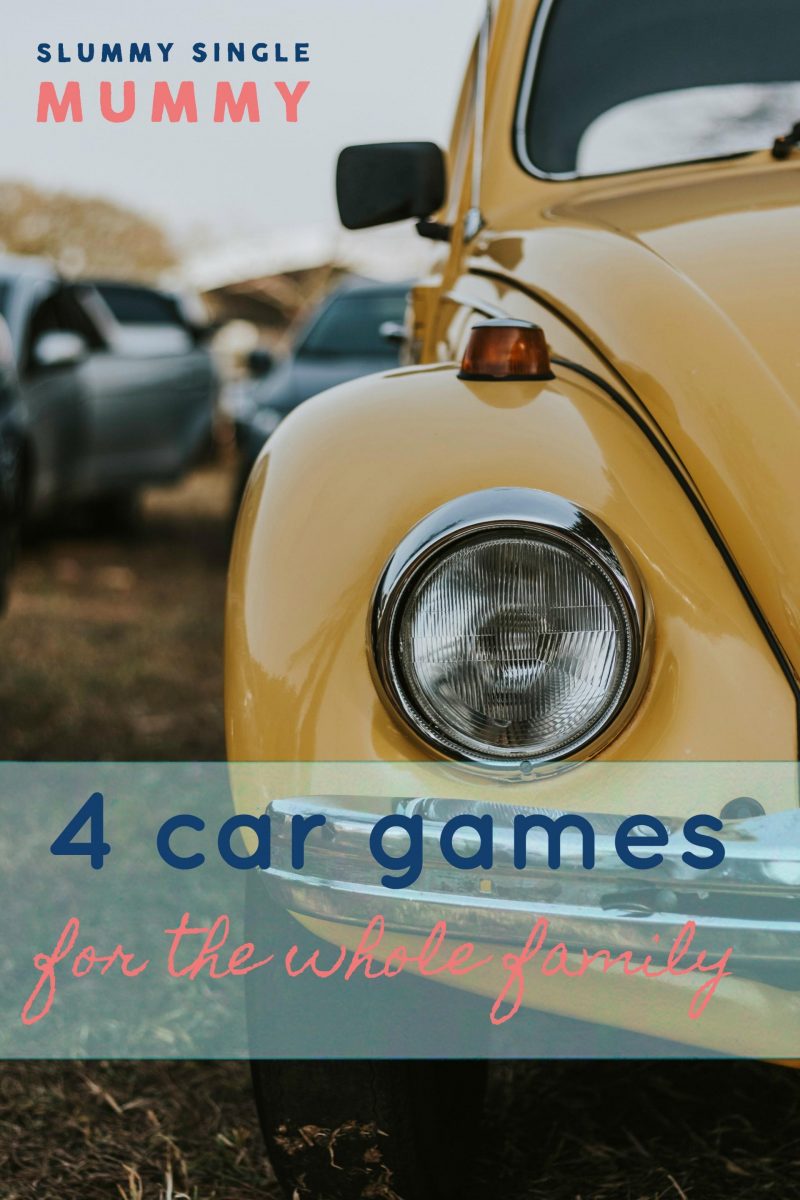 It’s all too easy these days to just let the kids play on their tablet, or watch DVDs in the back of the car while on a road-trip, but sometimes it is nice to make use of time spent travelling as a bonding session for the family. To achieve this you are likely to need some good old-fashioned car games that include all the family, to help pass the time and help create some memories. Here is a list of some of our favourites:

Parents.com offers up this idea as a game that can be played throughout the journey which encourages children to take notice of their surroundings as you travel. To play, before you set off allow each member of the family to choose a restaurant, fast food establishments such as McDonald’s or Burger King etc will work better, and tell them that they have to keep an eye out on the journey for their chosen food outlet. Agree on a number of points to be awarded if they see an actual restaurant, see the logo on a sign or even if they hear it mentioned on the radio. You could play for the whole journey or impose a time limit and see who has the highest number of points at the end.

This game can’t be played by the driver as it requires some drawing, but maybe you could set the kids off playing this game if you need some quiet time. For this game, you will need to buy some drawing pads. Give three or more players a drawing pad and ask them to all draw a picture at the top of a separate piece of paper before passing on. Each player then writes a caption sentence underneath the drawing they’ve been passed and then folds over the drawing so only what they’ve written can be seen. They should then pass the piece of paper onto the player who hasn’t seen it yet, and they should draw their own picture to go with the caption and then fold this so only their picture can be seen and pass on, keeping going until the sheet is full. Then they can unfold and find amusement in the way that the story panned out between them.

This game from the AA is wonderful for encouraging active imaginations. Each player should choose a car number plate of a passing car and memorise the last three letters. These letters are to be used as inspiration for a story. So, use the first letter to create the name of the main character, the second to determine an item or animal in the story and the third to decide something that the character could be doing in the story. After you’ve all had a turn you can have a vote on the who came up with the best story and then have another go.

This idea from Mommy Poppins is great for rural driving. In this game, each player needs to collect cows, with the winner being the player with the most cows. You collect cows by being the first to spot them. So, if you pass a field of cows the first one to shout, “My Cows”, wins the number of cows that you estimate are in the field. You can use a landmark such as a bridge or a pub to erase players’ cows. So, if you agree to use bridges, for instance, the first player to spot one can choose another player and erase all the cows that they have collected.