A little while ago Belle and I went for a weekend in Newquay, Cornwall. From the beach we could see a large building out on the headland. 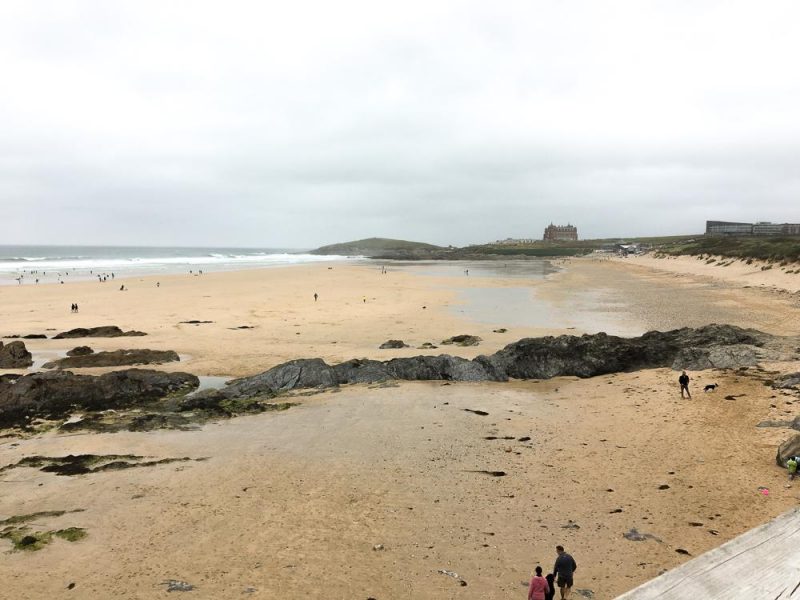 Can you see it?

‘What’s that do you think?’ Belle asked at the time.

‘I don’t know,’ I said, ‘but it looks a little bit creepy doesn’t it? Like it could be an abandoned asylum, staring out to sea.’

Turns it out wasn’t an abandoned asylum at all. It was The Headland Hotel, as we discovered when we pulled into the car park in front of what, in fairness, does have a very grand, traditional feel to it. (I did ask and although it was purpose built as a hotel, it was used as a hospital during World War II, so perhaps I just sensed the ghosts of patients past.)

Inside was very far from hospital chic. Instead it had a very classical, opulent hotel feel. Proper chintz, but in a good way, if you know what I mean. Big comfy sofas and swooshes of curtain, framing gorgeous sea views from what felt like every window. 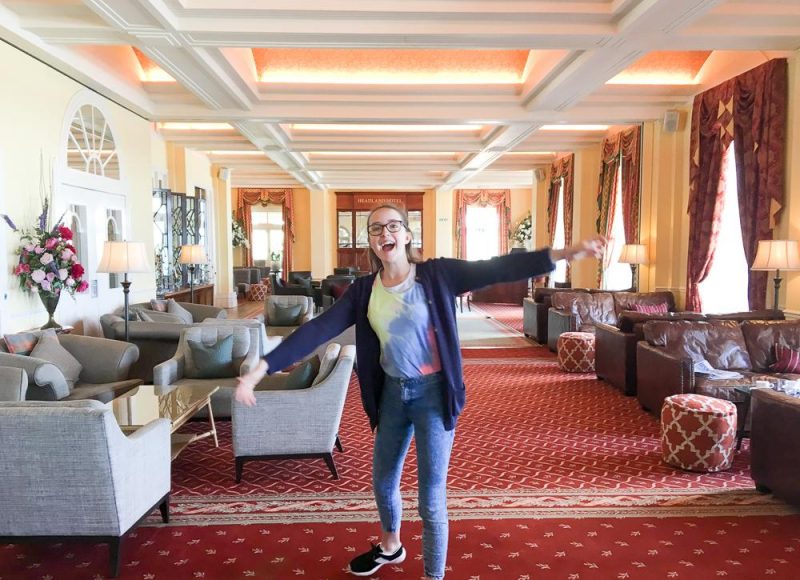 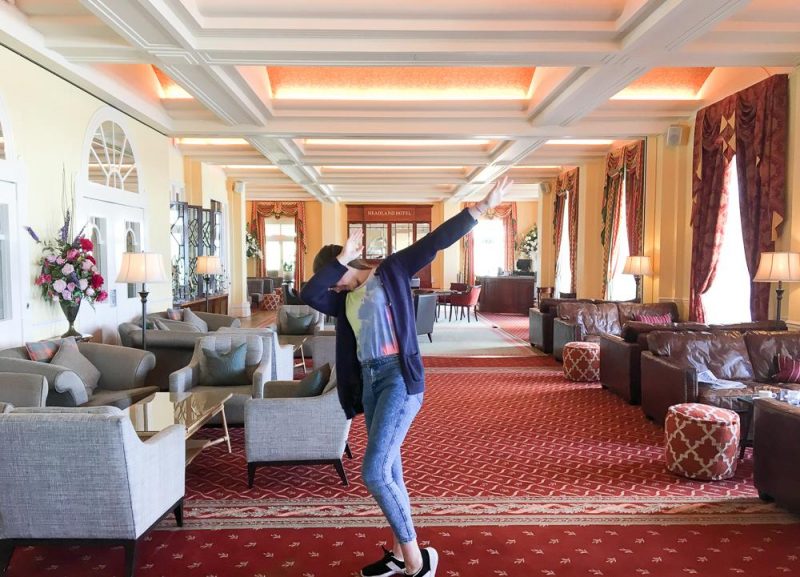 We had a lovely surprise when we saw our room, as we had two separate bedrooms, linked by a small communal seating area. Staying in a hotel is always a bit tricky with children – you can’t exactly get the kids a totally separate room, but then sleeping all together isn’t always fun either, especially as children get older and want a bit more privacy. This arrangement was perfect.

Everything was beautifully clean and well-presented, with a lovely big bathroom, huge shower, separate toilet and compulsory sea views, (complete with inquisitive seagulls.) 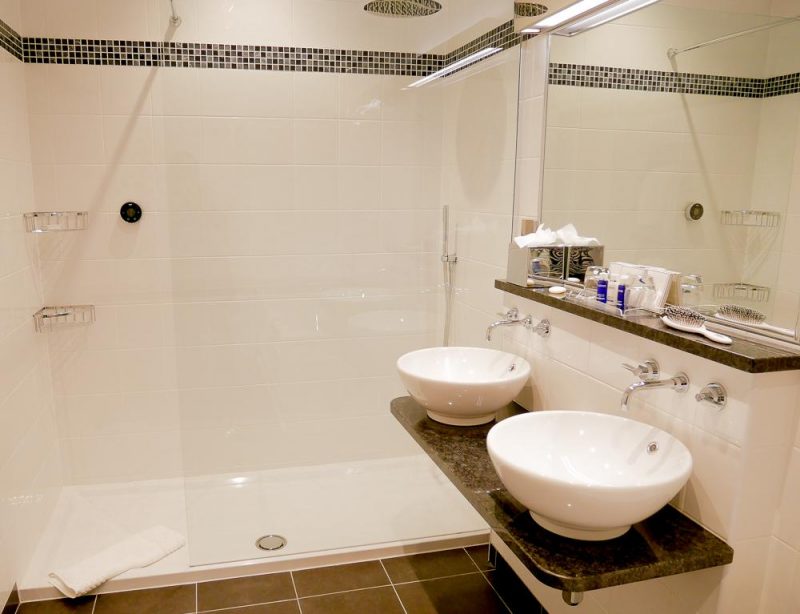 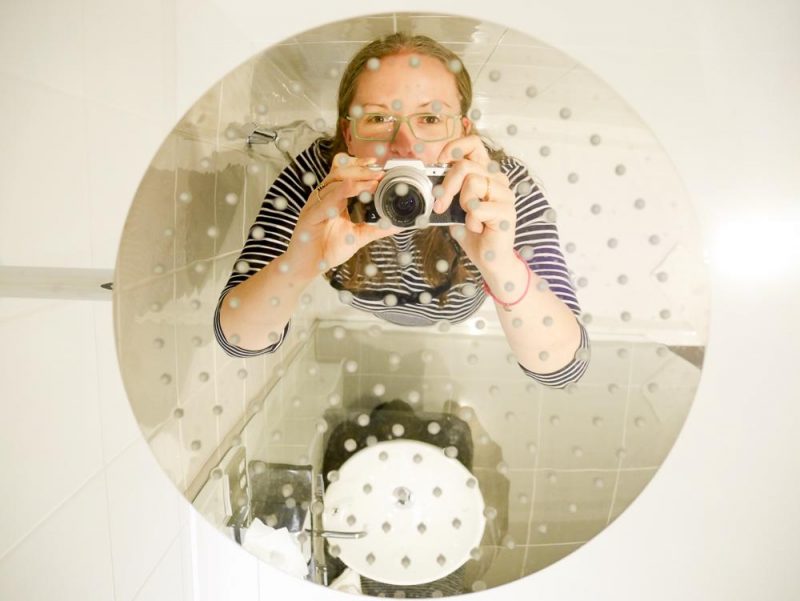 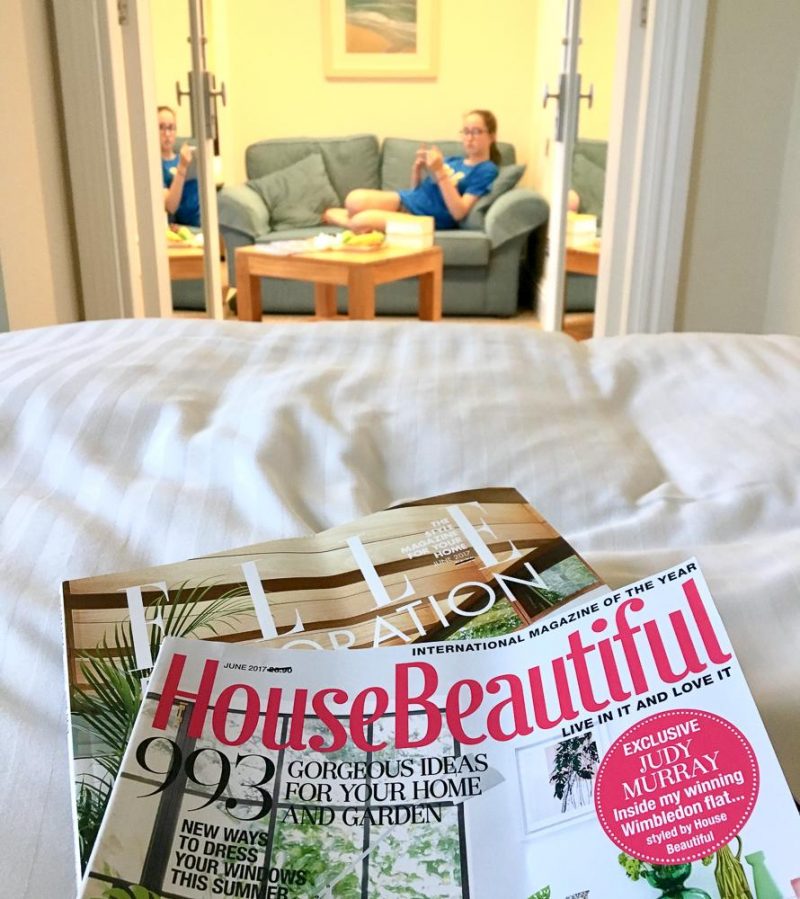 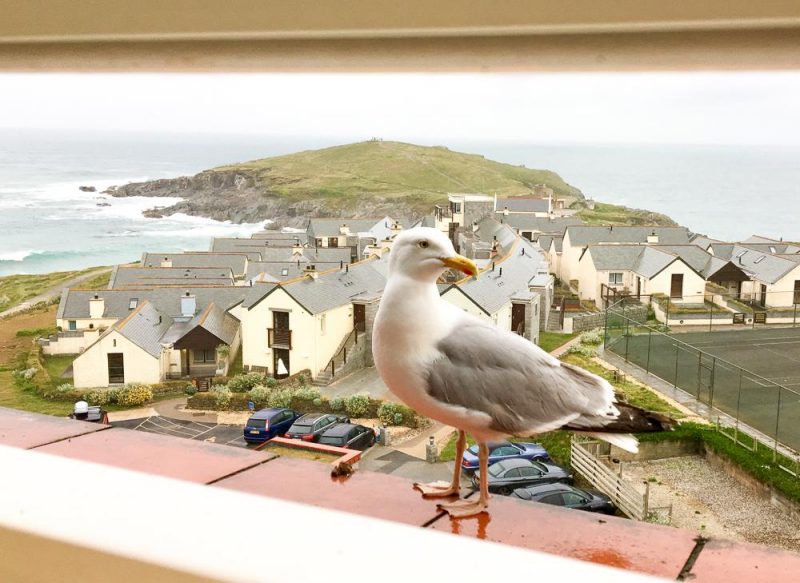 We’d arrived at about dinner time, (handy), so we took a stroll down to The Stable on Fistral Beach. I say a stroll, you could literally see it from the front of the hotel, so even Belle, who normally is very anti walking, managed to get there and back without too much of a fuss.

If you’re in the area, The Stable is well worth a visit. It’s part of a chain that sells pies, pizza and cider, and the one on Fistral Beach is a large circular room with a panoramic window that runs a full semi-circle around the restaurant, giving you spectacular views.

Try the cider tasting board – five small glasses (a third of a pint each) going from dry to sweet, for £7.50. 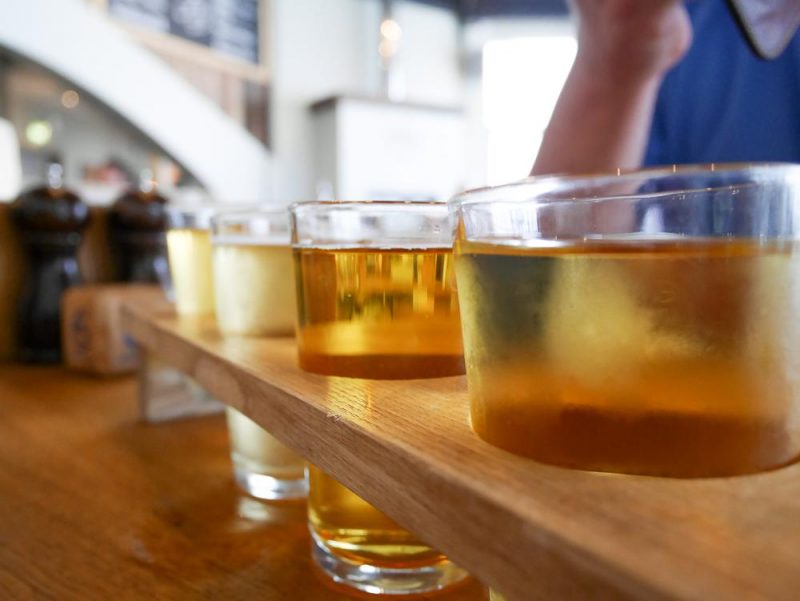 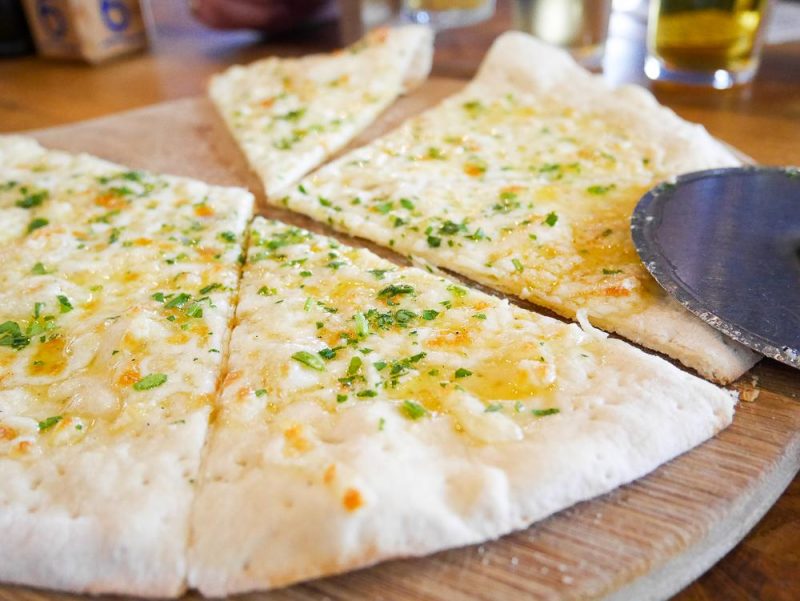 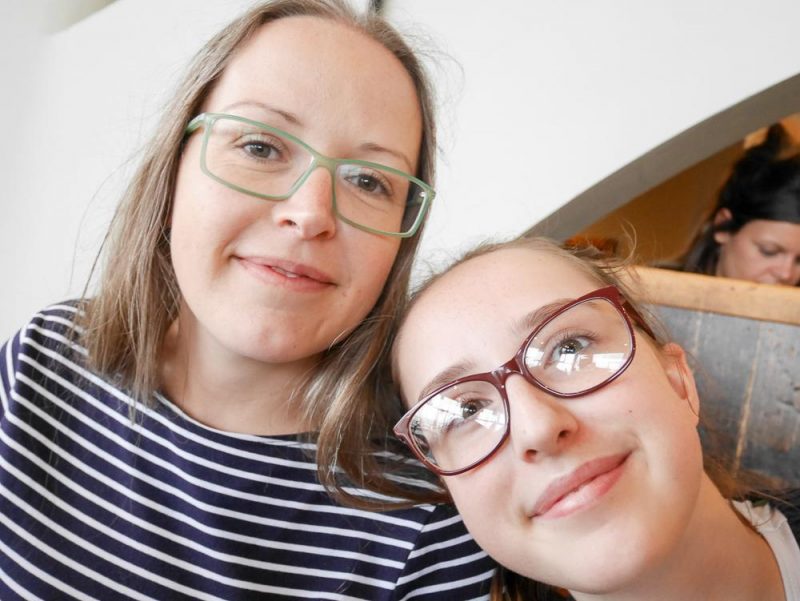 Back at the Headland Hotel after dinner we chillaxed in our rooms, commented on how lovely and clean the sheets were, ate mini packets of biscuits – all the classic hotel activities.

We slept brilliantly, lulled by the sound of the sea and the cries of the birds, and woke up feeling fresh and ready for my favourite bit – BREAKFAST!

The Samphire restaurant at the Headland Hotel is amazing. You look out onto the sea for a start, which is never a bad thing, but the food was spot on too, starting with breakfast – smoked haddock and poached eggs, fruit salad, a spot of sausage and black pudding maybe? ALL OF THE THINGS. 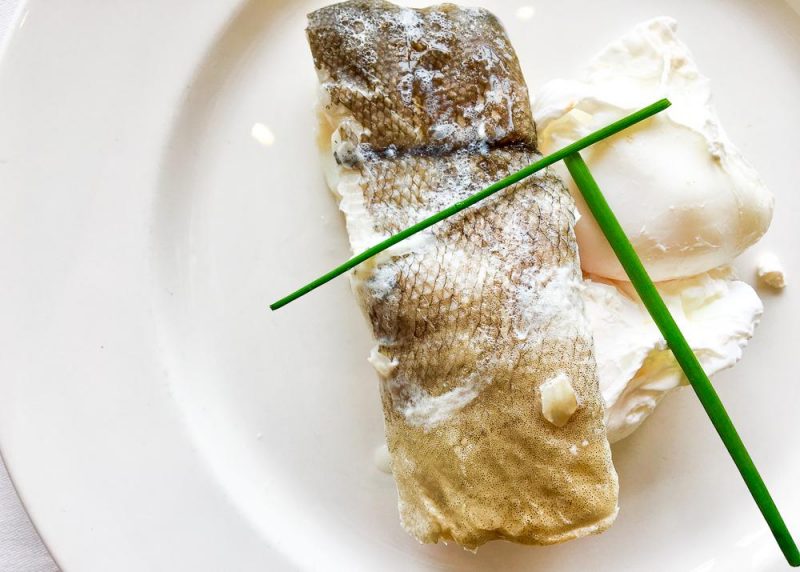 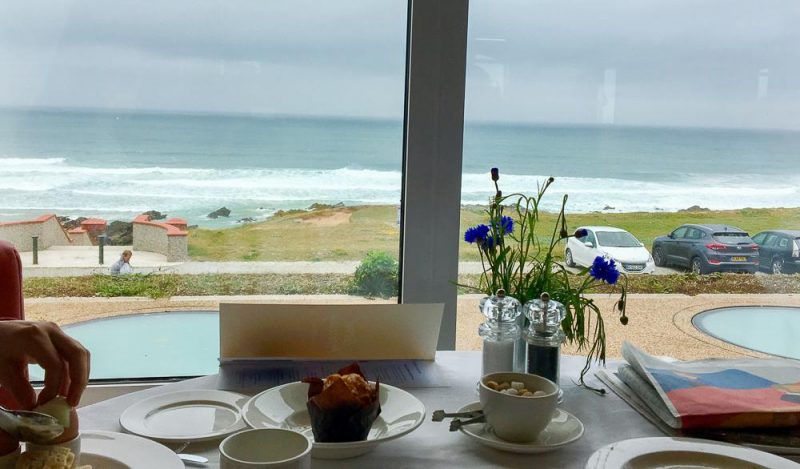 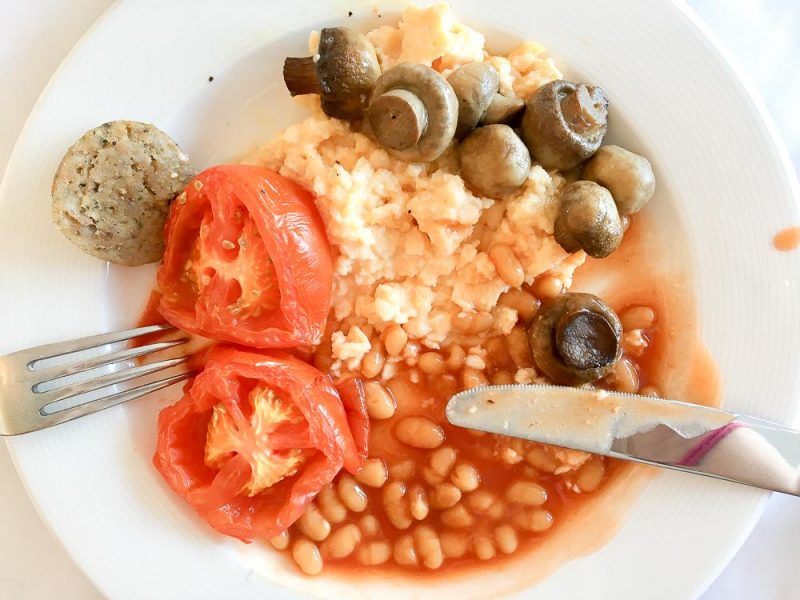 We then went for a walk down to the beach to watch the surfers. There’s a place to hire everything you need just by The Stable, so don’t worry if you don’t have any of the gear but fancy a go. It was a little on the cold and windy side, so Belle and I opted just for a quick paddle, (where I accidentally got my jeans wet up to my knees), and then a drink in the Seascape cafe, set up on the cliff.

(The balcony of the cafe is where we took that first picture from.)

Dinner that evening was back at the hotel, with the sun setting over the water. The food was excellent. Belle was a bit wary to start with because the menu was full of words like ‘pickled cabbage’ and ‘corn cream’, but she did brilliantly for a normally fussy eater, scoffing down an entire seafood salad to start, followed by pork loin and then a chocolate pudding.

I had tomato tartare and an AMAZING cauliflower creation. I’ve kept the light quite natural on these photos because it shows how warm everything looked in the light from the setting sun. 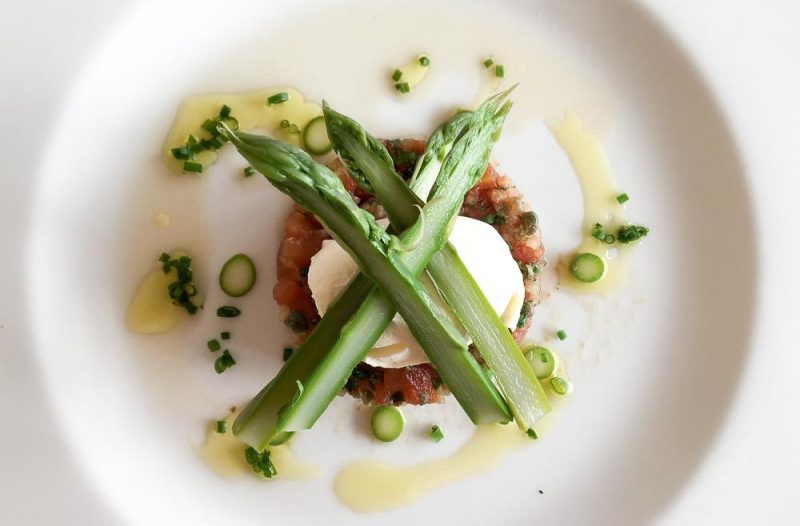 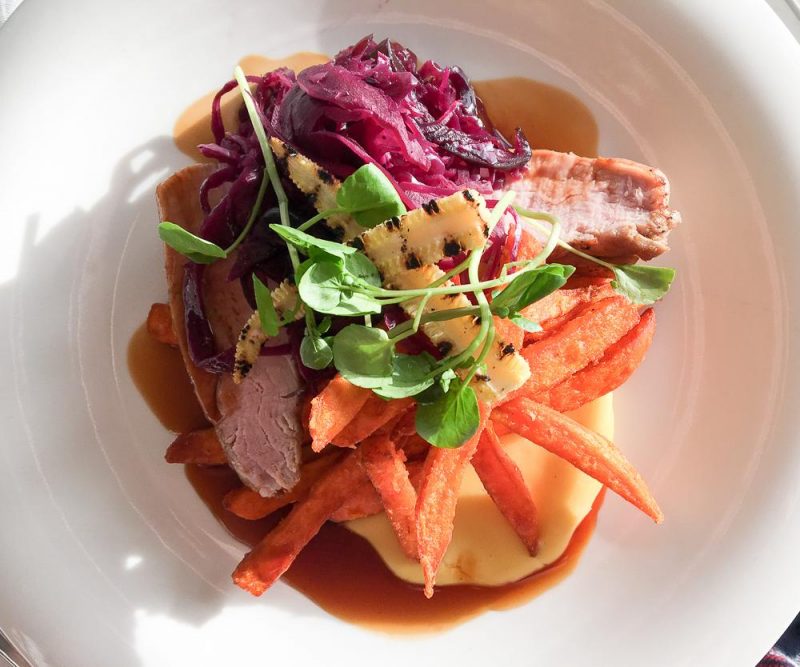 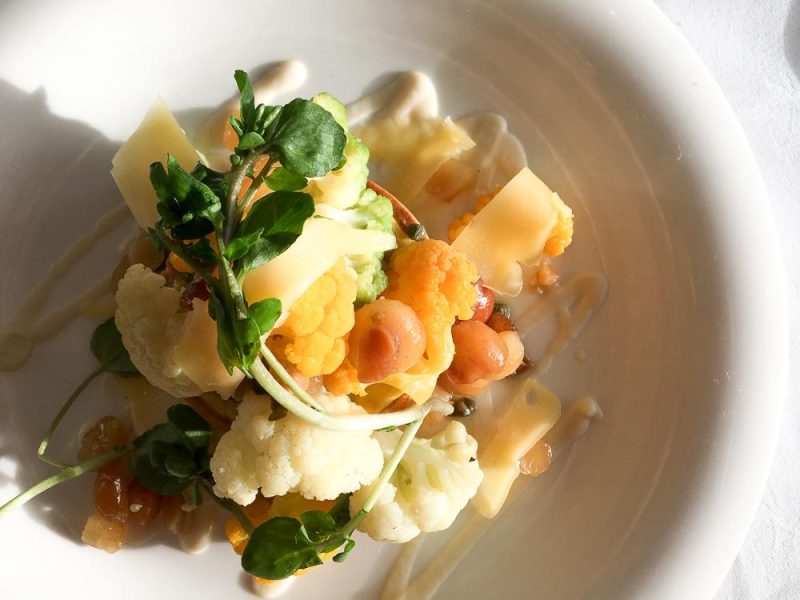 Post dinner we pretty much just waddled back to our rooms and lay on our beds groaning happily and saying things like ‘that was SO good’ and ‘I’m SO full’ over and over again until we fell asleep.

The next morning, after another breakfast feast, we packed up ready to leave. We’d only been away for a couple of nights but we felt relaxed and refreshed, the sea air having blown away the cobwebs.

‘Can we live here?’ asked Belle as we packed our suitcases into the car. ‘I’d like that.’

I think I would too. 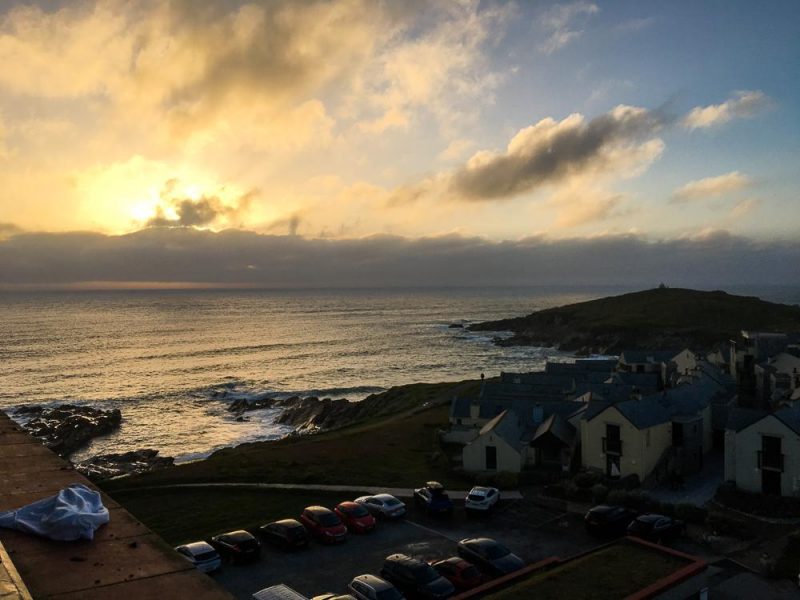 We were guests of the Headland Hotel for the purposes of this review. All thoughts my own.