This post is in partnership with Universal Pictures Home Entertainment 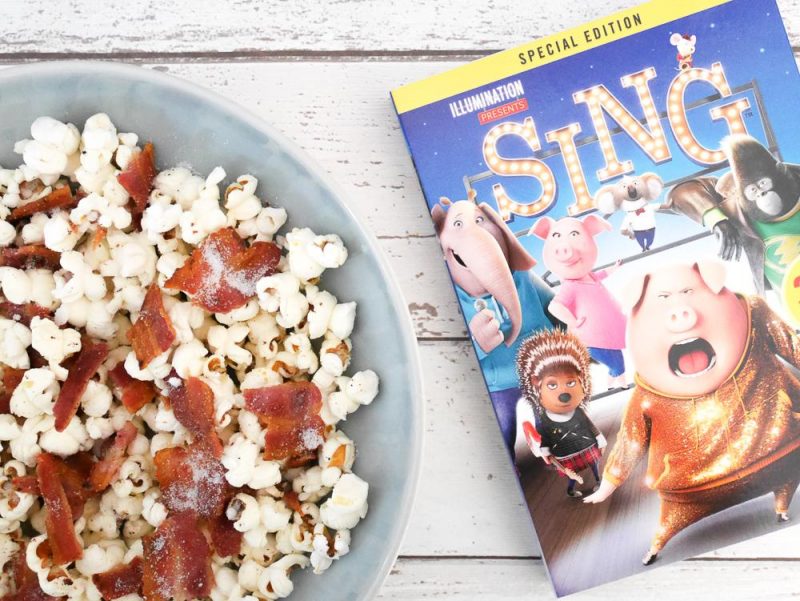 It’s here! Quite possibly my favourite film of 2017 so far, SING is now out on DVD and Blu-ray, just in time for half term.

What’s almost more important though for a family film night that’s the film? Snacks of course!

How to make Piggy Power Popcorn

Belle is quite set in her ways and has a few favourite foods that she’d eat all of the time if you let her.

I decided to make some themed film night snacks that incorporated some of her favourites. Chocolate chip brioche pizza sounded a bit iffy, so I went with bacon flavour popcorn, or as I like to call it, Piggy Power Popcorn! Sing stars a rather flamboyant pig named Gunter, who is all about the piggy power. 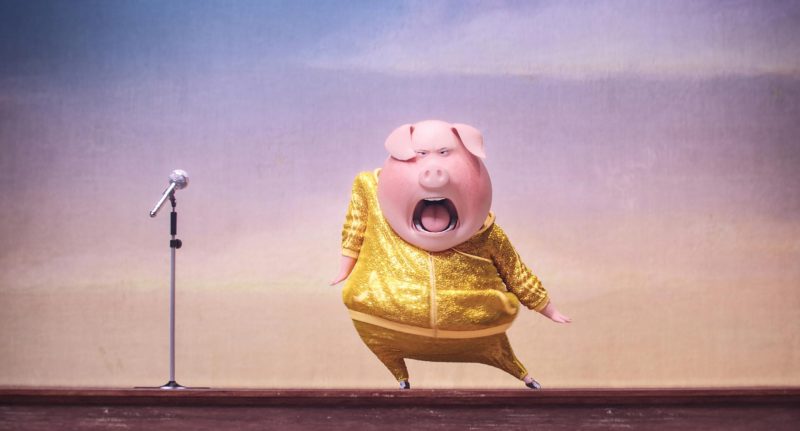 Piggy Power Popcorn is pretty easy to make. Start by frying up half a dozen rashers or so of smoked streaky bacon until it’s nice and crisp. Leave it to rest on a bit of kitchen roll but use the bacon fat left in the pan to pop your kernels in. Chop up the bacon and add it into your popped corn. If you didn’t mind sticky fingers, you could add some maple syrup, as bacon and maple syrup is a classic combination. I DO mind sticky fingers, so we just went with a sprinkle of sugar.

Your Piggy Power Popcorn is ready. 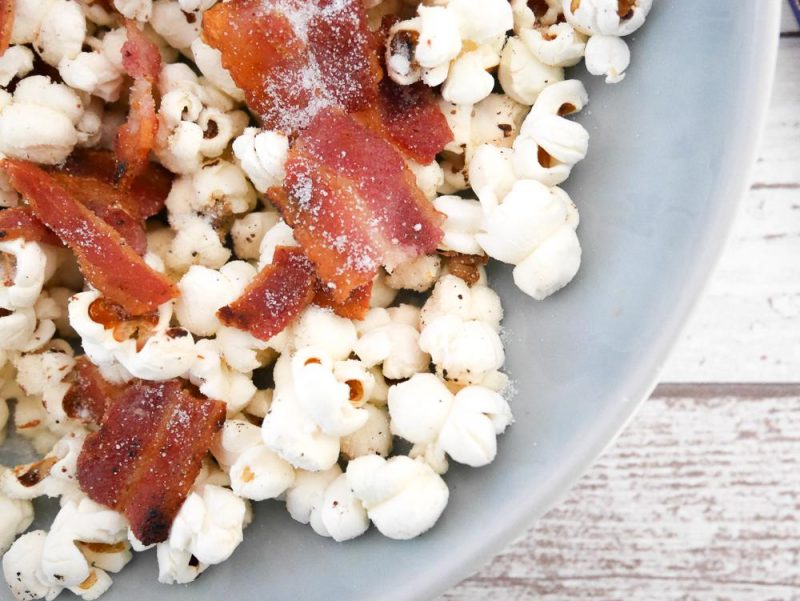 Even though we did see it at the cinema, Belle and I were really looking forward to watching Sing again. We love a good film night – it makes a change at least from the back to back episodes of Ru Paul’s Drag Race that Belle normally makes me watch – and we like getting cosy on the sofa under our blankets.

Pyjamas are a must, although let’s be honest here, how many of us don’t take off our bras and put comfy clothes on as soon as we know we don’t have to go out again that day? 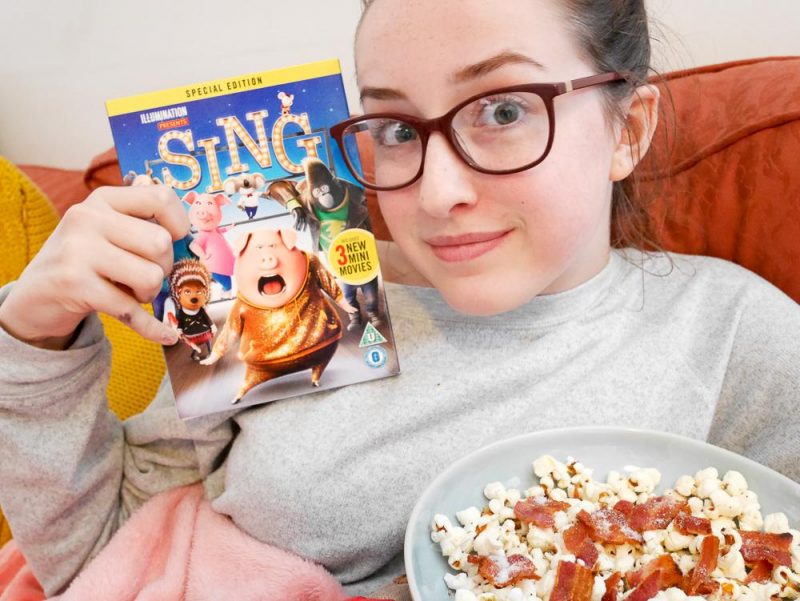 One of our favourite bits in the film is where Gunter and Rosita, (an overworked housewife and mother pig played by Reese Witherspoon), perform their final number for a big show – an amazing rendition of Shake It Off.

(Plus I love Reese Witherspoon. If I could be any fictional character, I think I might be Elle Woods from the Legally Blond films.) 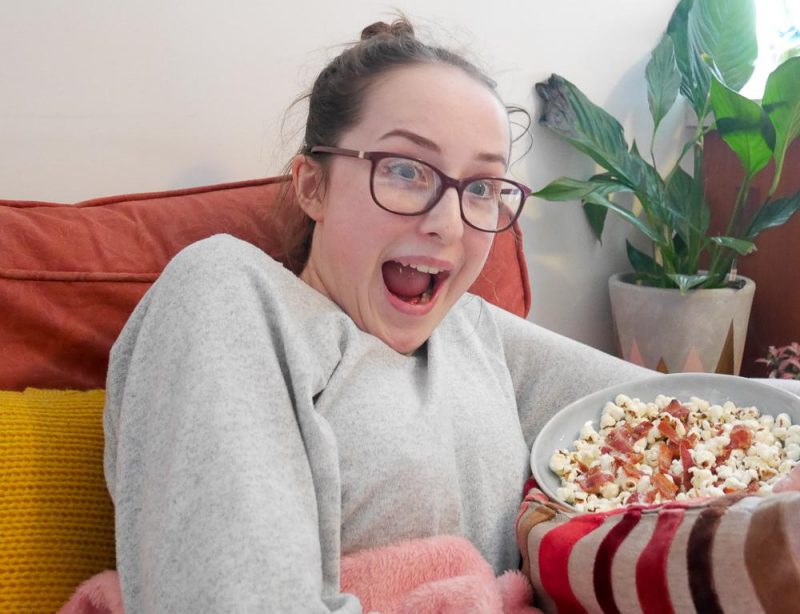 What we also loved about Sing on DVD was that it contains three exclusive mini-movies, which we didn’t see at the cinema, so even though we knew the film already, there was something new to watch too. Gunter babysitting Rosita’s piglets was very good. There are some music video extras too.

There *may* have been some dancing. 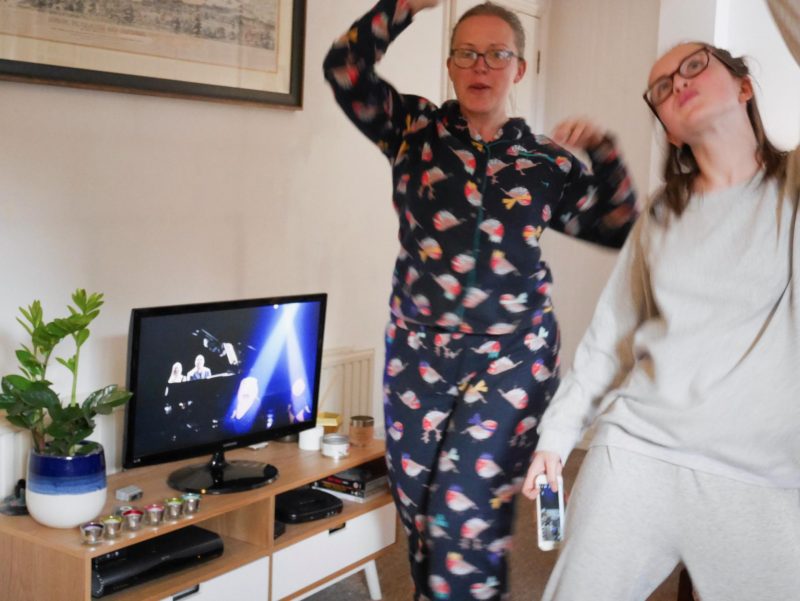 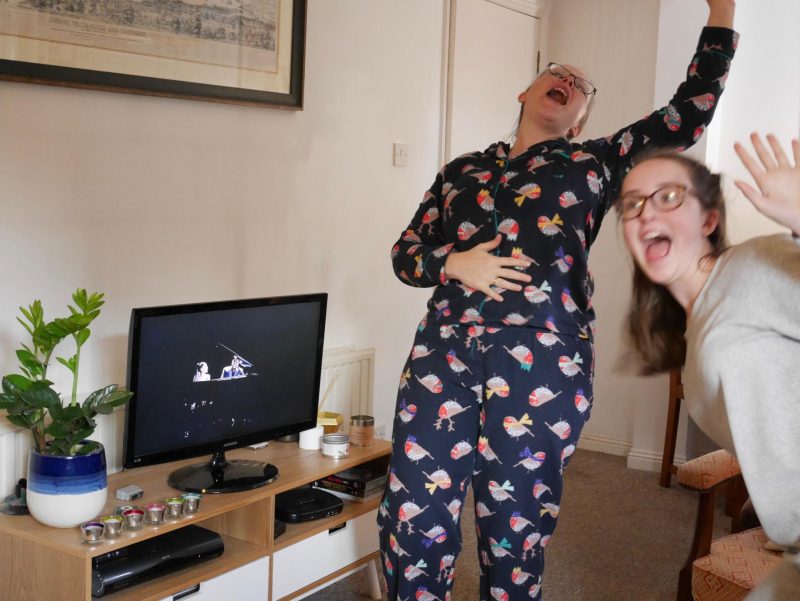 If you’re looking for a film for half term that will entertain the whole family, whatever your age, we would definitely recommend Sing. It’s the perfect mix of humour, music and positives messages.

It’s out now to own, so get a copy of SING on DVD or Blu-ray, find your voice and SING! (Christmas themed pyjamas optional.)