I remember once seeing a kebab pizza in Iceland. (The supermarket, not the country.) An actual pizza, with kebab toppings.

I guess in my head, that’s exactly what Iceland was all about – cheap frozen food, that perhaps wasn’t the most gourmet choice going. When I told people I was working with Iceland, reactions seemed to reflect a similar sentiment – raised eyebrows, Peter André jokes, comments about having to defrost my dinner, that sort of thing.

Oh how wrong I was!

I went along last week to an event with Iceland to have a sneak preview of their new autumn collection and my MIND WAS BLOWN.

Here’s the menu, which was created for us by Iceland’s head chef Neil Nugent, all using ingredients currently available at Iceland, or coming out in the autumn: 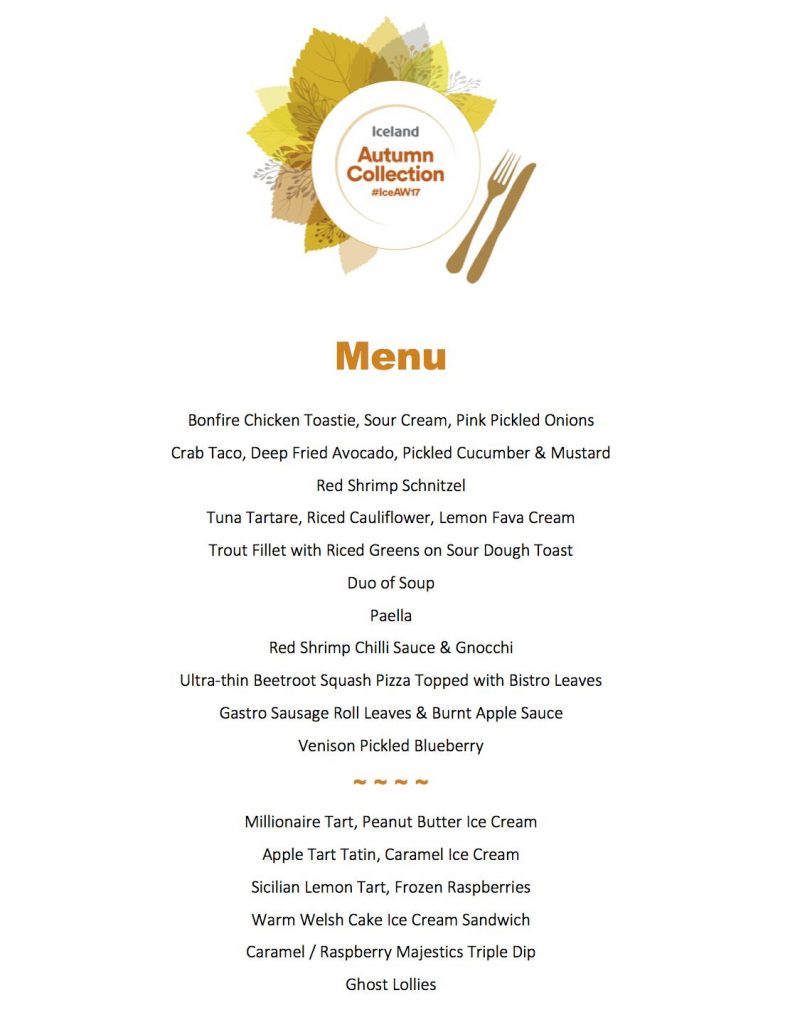 That’s not what you expect from Iceland is it? I’d never even HEARD of a deep fried avocado, let alone tried one alongside a crab taco. In fact, I didn’t even know that frozen avocado was a THING, so that was a bit of a game changer. Safe to say I was pretty excited on the train up to London, looking forward to getting my mouth around a warm Welsh cake ice cream sandwich.

I think it’s generally accepted nowadays that frozen food isn’t the evil thing we once thought it was. It’s had a bad rep in the past, but as things like frozen fruit for smoothies have grown in popularity, it seems to have dawned on us that actually there are a lot of benefits to using frozen food. It’s more convenient, often cheaper, and frozen foods don’t have to have lots of artificial ingredients added to them – the act of being frozen keeps them fresh, so they don’t need extra preservatives. It seems so obvious when you think about it – freezing is actually once of the most natural preservatives there is.

Anyway, there I was, rocking up to the super fancy Aveqia in London. You know that something’s swanky when they don’t even need a U after their Q. That’s like saying ‘guys, we are so cool that we are in charge of the alphabet, not the other way round. Remember that.’

We were ushered into a big kitchen, and sat down around large tables. The room was full of wonderful cooking smells and in one corner there was a table piled high with bread, pies and cakes, showcasing Iceland’s new luxury bread range and a selection of delicious desserts. (We got to sample the Amber Grain Crumpets, which I can thoroughly recommend.) 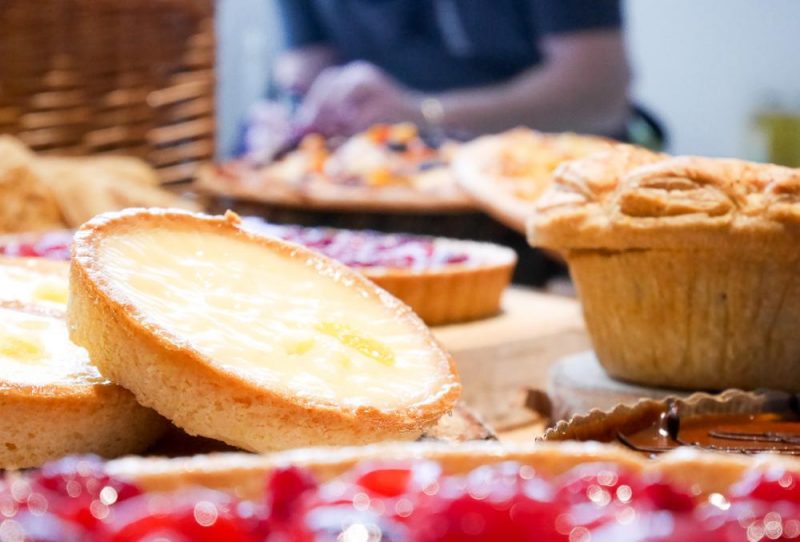 And then, as if by magic, food starting appearing, and it kept on appearing for about two hours.

Some other guests were playing it cool, just having a little nibble of things to try them out, but if there is one thing I cannot abide it’s food waste, so obviously I had to eat everything that was put in front of me. Because I CARE about the environment guys.

We started with savoury.

It would be hard to pick a favourite as everything was genuinely so delicious, but I was rather taken with the red shrimp schnitzel, and the bonfire chicken toastie with sour cream was amazing. Head Chef Neil informed me that ‘the toastie is the new taco’, which made me feel terribly trendy, as I got a Breville toasted sandwich maker for Christmas from Bee. So far I’ve only used it to make baked bean and cheese toasties, so perhaps now I will feel inspired to branch out. 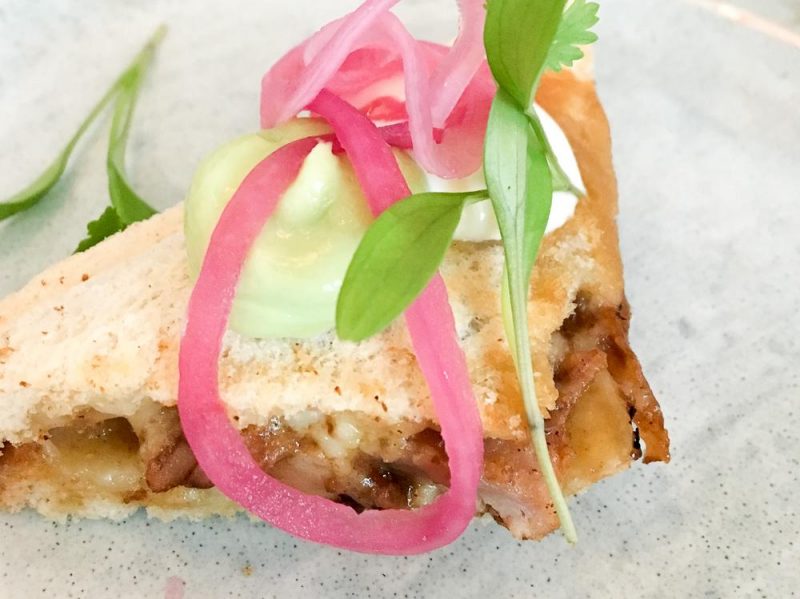 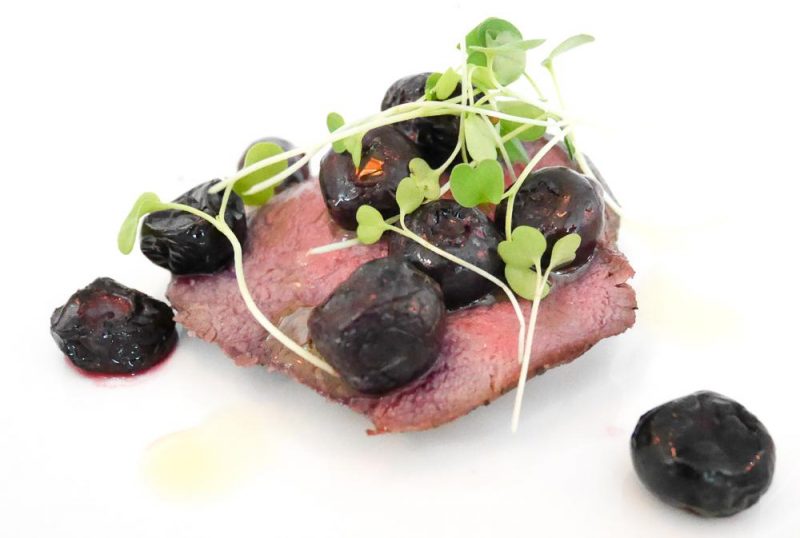 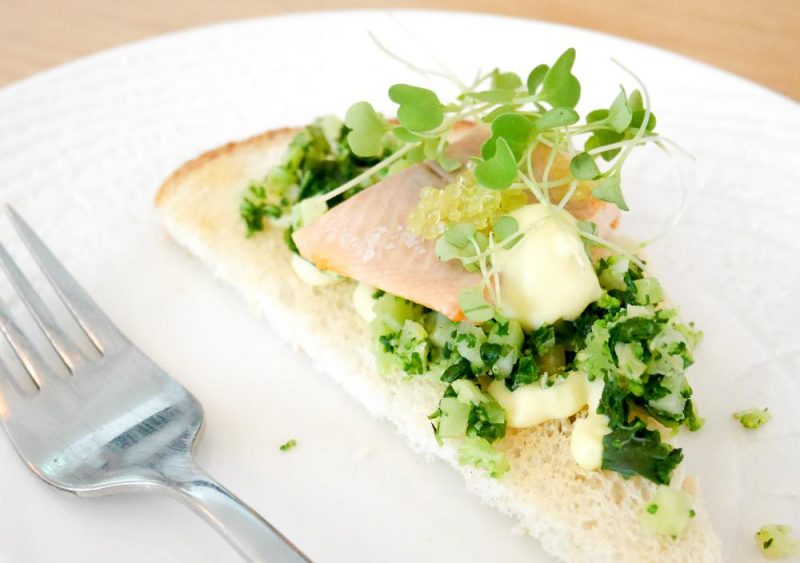 I didn’t realise, but Iceland do a lot of unusual and exotic meats, so it was interesting to try things like the Belgian Blue steak, which was super lean and succulent. Fish is definitely something that Iceland do well too, and when you think that a lot of the supermarket ‘fresh fish’ counters actually sell fish that has been previously frozen, it makes sense to cut out that time spent on the counter and buy it frozen in the first place.

I could honestly have just stuck on the mains – I’m not sure you can have too much deep fried avocado or pickled blueberries and venison – but then puddings arrived and I quickly changed my mind.

The chocolate one was my favourite. I *may* have asked for seconds of that, just to make sure I had given it a proper test. 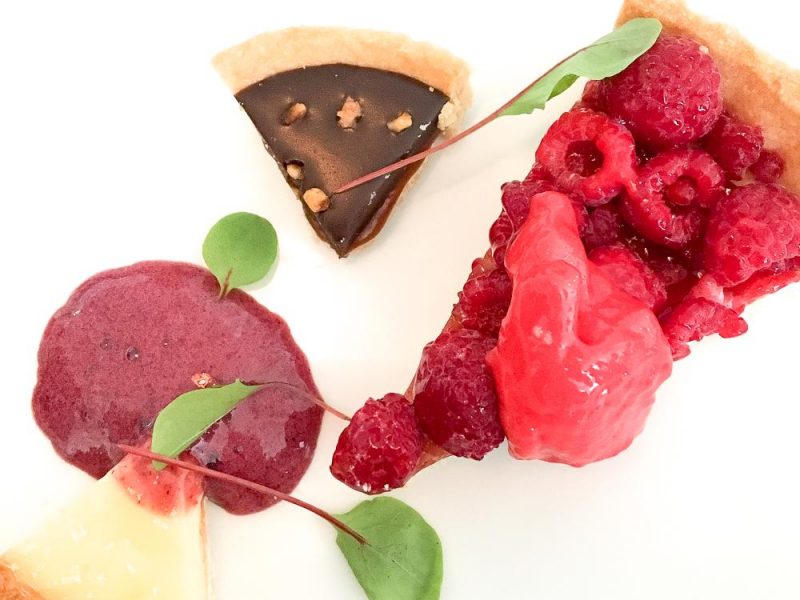 And then ice creams and warm Welsh cake! If you are a peanut fan then you are going to LOVE Iceland’s new peanut butter ice cream. Oh my goodness, I could eat a big bowl of that RIGHT NOW. With just two or three casual Welsh cakes on the side. Just in case. 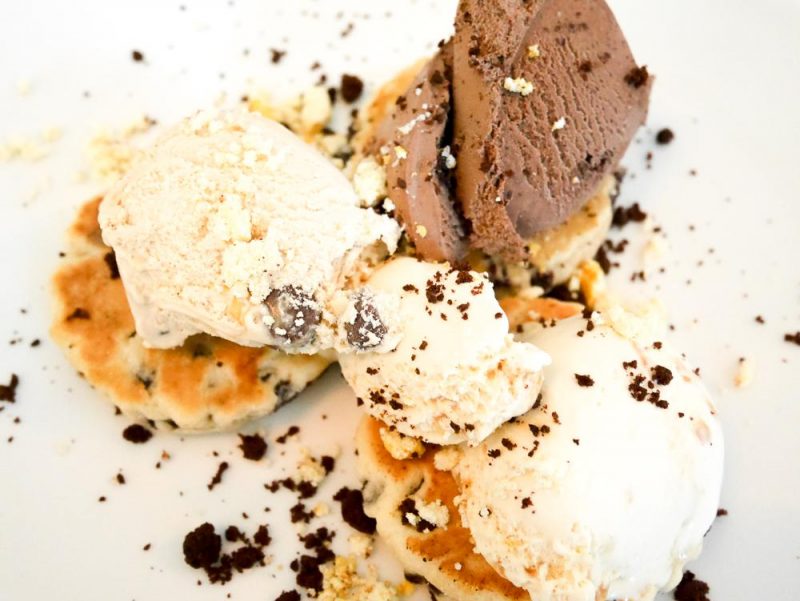 By this point I was almost in a food induced coma. I’m actually feeling tired just writing this – clearly I’ve triggered some kind of physiological response and my body is shutting down, lest I try to fill it with tartlettes.

But just at that point where I was thinking ‘I’m actually going to have to lie down on the floor in the corner by the luxury breads’, they bought out triple dipped chocolate lollies – dark chocolate, soft caramel and then milk chocolate, all wrapped around creamy vanilla ice cream.

WHAT IS A GIRL TO DO?

I had to eat it didn’t I? Food waste remember?

And the rest of the day is a sugary blur. 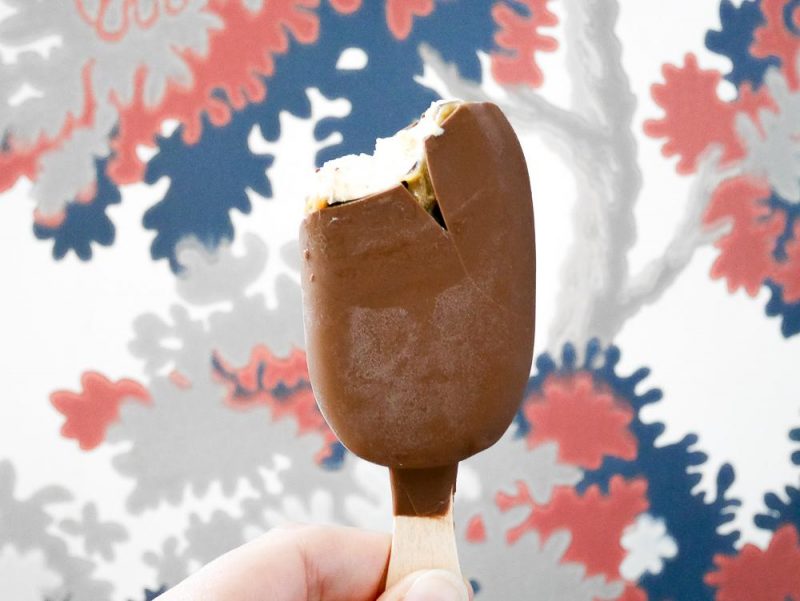 All of the desserts, including the ice creams, are going to be available as part of the new autumn winter range, coming into stores between 11th September and 8th October. A lot of the other items are available now though, including the crab meat, red Argentinian shrimp, venison steaks and, in selected stores, frozen avocado halves.

Minimum order value for deliveries is just £25 and this year Which? voted Iceland the UK’s number one online supermarket, so why no take a look at Iceland online now? 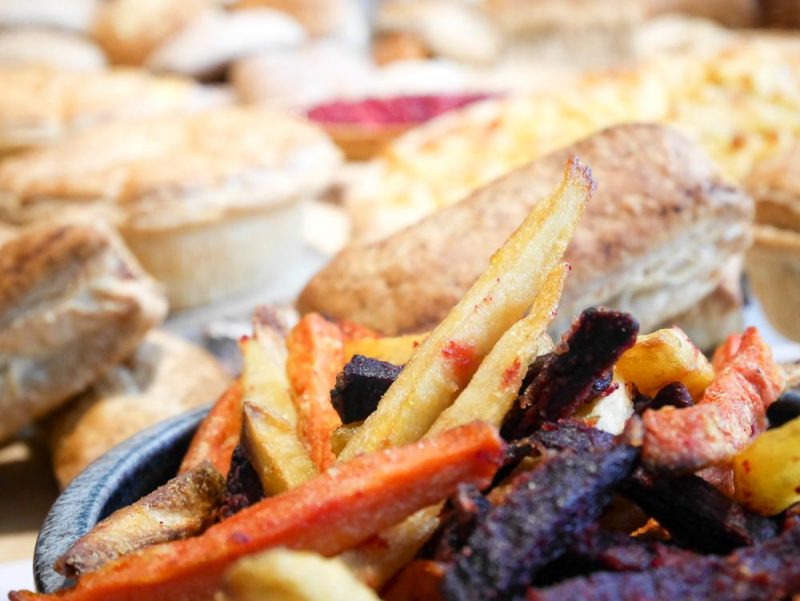 This post is produced in association with Iceland but everything I have said is my absolute honest opinion.