I’ve been very lucky as a parent that I’ve never had to take either of my children to A&E. They have been to the minor injuries unit a few times, but never for anything serious.

The first time I had to take Belle was when she was about seven years old. She had a friend over to play after school and they were busy in another room. Suddenly I heard this SCREAMING. Proper loud screaming that I’d never heard from Belle before. She was reluctant to tell me at first what the matter was, but it turned out that she had been experimenting with putting pieces of orange peel into her ear (?!) and a piece had got stuck. The more she tried to get it out, the further in it went, until it had became so painful that her only option was to scream until I came and sorted it out.

I couldn’t reach it, so we ended up going to the hospital. I had to sit her on my lap and hold her head still while the doctor fished about with some very long tweezers. It was actually a pretty horrible moment for me, as she was clearly in a lot of pain, and I was there, basically having to hold her in a headlock. Her ear bled a little as they got it out, but she as fine, and we all lived happily ever after. (The friend never came for tea again.)

Belle has had other problems with her ears over the years, and when she was only about four years old she actually had them syringed by the GP as she had a build up of wax. I don’t think doctors really like to syringe ears any more, so the next time she had the same problem we were referred to the hospital for ‘manual wax removal’. Sexy times. Unfortunately, about a week before our appointment, we had a letter saying that they didn’t have the budget for the procedure any more and so there we were, back to square one.

(Isn’t this just the most glamorous blog post you’ve ever read?)

Over the years then, we’ve been forced to look for alternative treatments for Belle’s waxy ears. I didn’t want to just do nothing, as it does sometimes effect her hearing, and excessive earwax build up can cause a lot of ear pain and discomfort. Warm olive oil is a classic, but if you want to go one better, it’s worth checking out the Earex range.

We were sent two of the Earex products to try out – the pain relief spray and the olive oil drops. 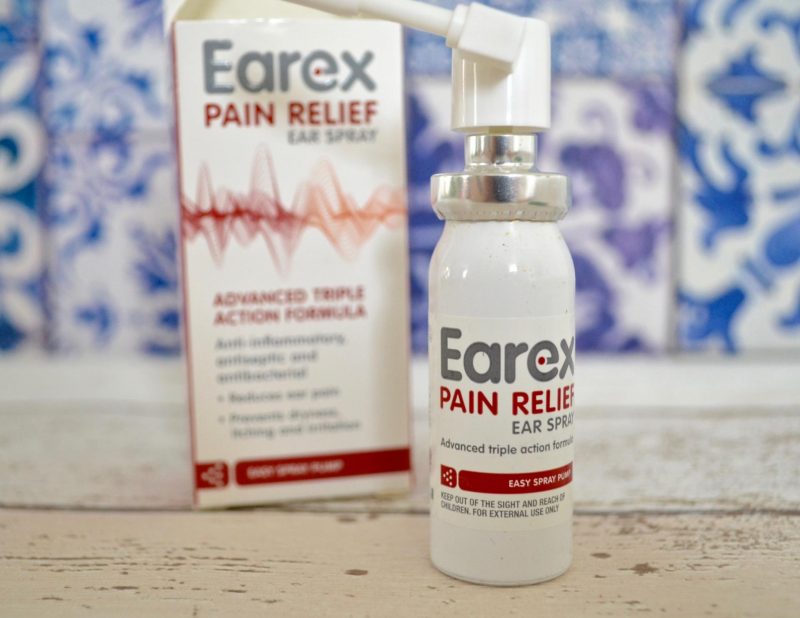 The pain relief spray is designed to help treat ear pain, at the same time as soothing and calming dryness and irritation. It’s ideal if you’re experiencing pain caused by an ear infection, excessive wax build up, or swimmers’ ear.

The second product, the olive oil ear drops, is the one that I think we’d use most often, and I’d definitely buy it again. The olive oil drops are exactly what they say they are – 100% pure olive oil. The benefit for me of using Earex rather than just grabbing a bottle from the kitchen, is twofold. Firstly, Earex comes in a bottle with a specially designed easy squeeze dropper, so you don’t have to worry about how you are going to get the oil from the big bottle into your ear. We found the olive oil drops very easy to use, and olive oil is fantastic for gently and naturally softening and removing earwax.

Secondly, you have the reassurance of knowing that Earex use only medicinal grade olive oil. I’m not going to claim that I know exactly what makes olive oil medicinal grade, but it feels like the kind of thing that you can’t really take any chances with. 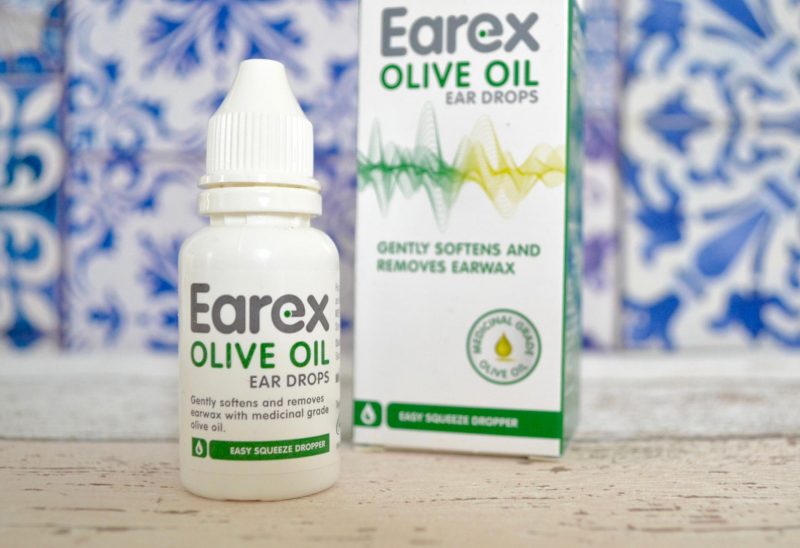 In case you suffer with problem earwax or ear pain, Earex Ear Care Expert, Dr Henderson has put together five top tips for you to help you take care of your ears:

Try to keep your ears dry

‘Swimmer’s ear’ – more correctly called otitis externa – is a condition that affects more than 1% of the UK population every year. It is given this nickname because it can be caused by water getting into the ear canal – the tube between the outer ear and the eardrum – and so is more common in swimmers. Other causes include infection and allergic reactions but it can also occur for no obvious reason. Although any one of any age can get it, women appear to suffer slightly more than men. As well as swimming, other factors triggering it include excessive ear cleaning or overuse of ear piece headphones, as can pre-existing skin conditions such as eczema, acne or psoriasis. The general advice is to always avoid getting the affected ear wet, and resist the temptation to use cotton wool buds inside the ear or pushing a towel into them. You may also be prescribed anti-inflammatory or antibiotic ear drops by your doctor

Limit your exposure to loud noise

Music and machinery can expose us to over the safe noise limit – 85 decibels (dB) for long periods. MP3 players in Europe have a default limit of 85 dB. As a general rule of thumb, if other people can hear your headphone music then it’s too loud! (Remember that the earbuds on MP3 players funnel the sound waves directly into the ear.) Long-term exposure to high volume levels can gradually wear out the tiny hair cells of the inner ear that convert sound into nerve signals that go to the brain.

Take breaks if you must listen to music through earbuds, and try out noise-reducing headphones. Don’t fall asleep with earbuds in and make sure your devices are set at 60 decibels or lower – the level of normal conversation.

Try to avoid flying when you have a cold

‘Aeroplane ear’ is the term given to pain in the ears that occurs during take-off and landing and is due to unequal air pressure inside the ear in comparison to the atmosphere outside, due to blockage of the Eustachian tube and can be very painful. Not equalising pressure in the ears on planes is called barotitis and is usually more of a problem when landing than taking off. Try to chew, yawn or swallow as this helps to equalise pressure when landing and if you have to fly when you have a head cold try taking an oral decongestant before flying. Don’t let your child remain asleep during landings, and don’t worry too much if they have mild ear discomfort when landing as this is due to the pressure equalising.

Ear wax is important for ear health as it helps to protect the lining of the ears. After it is produced, it slowly makes its way to the opening of the ear where it either falls out or is removed when you wash. However, too much wax can sometimes build up, causing mild hearing loss, known as conductive deafness, as sounds can’t pass freely through the ear canal because of a blockage. Olive oil is often recommended, and although it’s not as effective as some other drops it can soften wax prior to the ears being syringed. Earex drops can be very effective here too. There’s an old saying – ‘Never put anything smaller than your elbow in your ear’ and it’s true! You can easily hurt your ear by poking around in them, even with cotton buds as these can push wax deeper in your ear or even irritate the ear canal causing an infection. Never put anything sharp in your ear because it can cause bleeding or serious damage.

Remember that the weather and allergies can affect your ears

Millions of people suffer from allergies, often at their peak in spring and autumn. This usually presents as hay fever type symptoms, but household dust and pet dander are also triggers here and allergies can affect your ears as well as your eyes, nose and throat. The most common symptoms affecting ears are itching, fullness, difficulty hearing and earaches. These can often be treated by over-the-counter allergy medicines, such as antihistamines and decongestants but itching can also be eased by using ear drops. An allergic reaction can sometimes lead to a temporary loss of hearing too due to the middle ear becoming inflamed but this usually goes away when the allergy is treated.  In colder weather, our ears become vulnerable to the cold because they have no protective fat tissue and so cool down quickly. There is only a thin layer of skin protecting the nerves in the ear canal, and cooler weather (along with wind) may cause discomfort in your ear canal. Covering your ears when you’re outside for longer periods of time will help keep them warm and healthy.

(See what I did there? Sorry.) 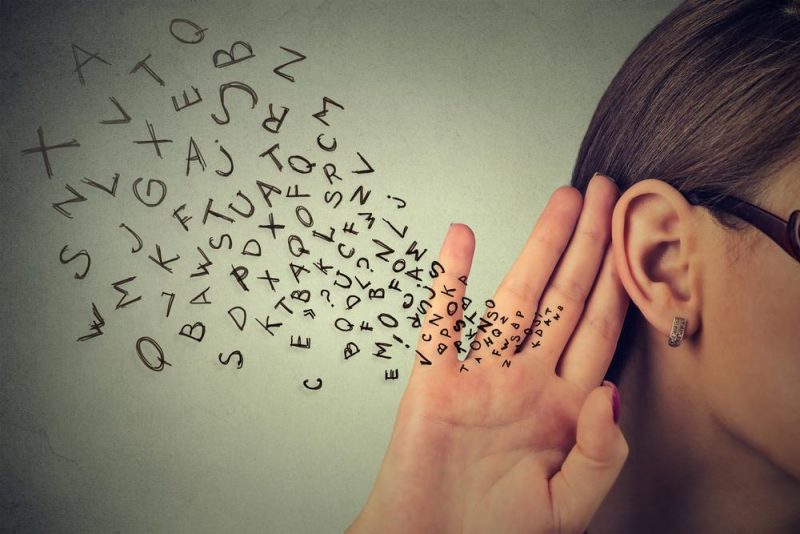