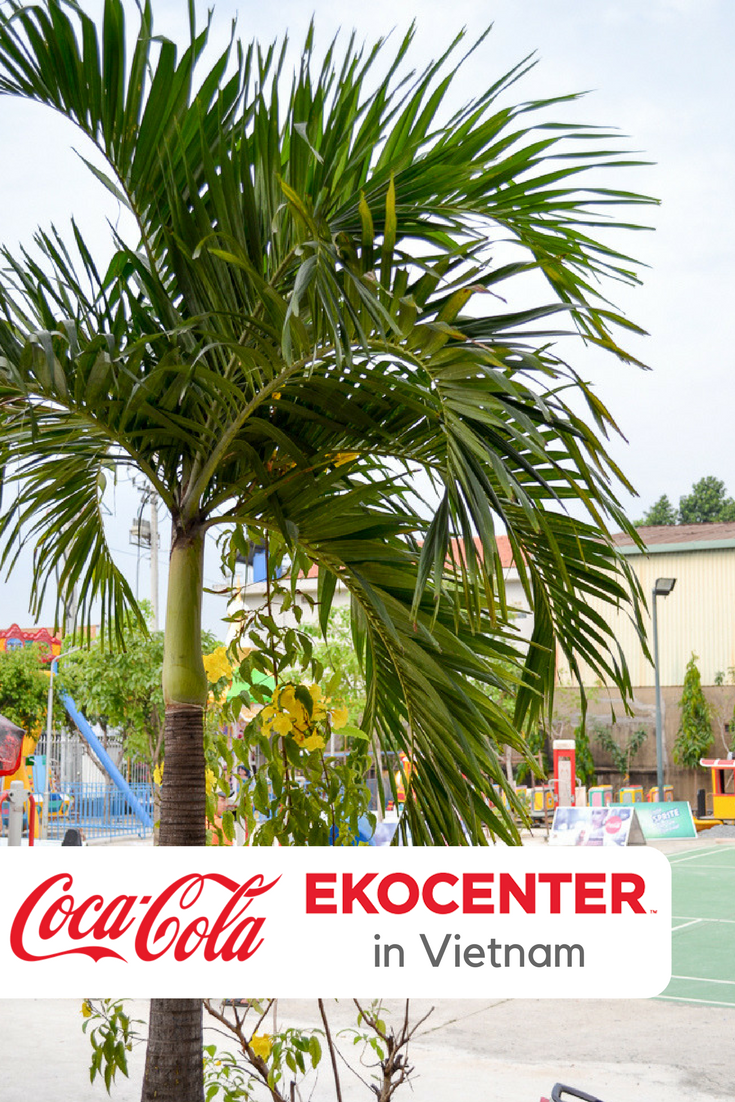 Can I just take a little self-indulgent moment please?

About six months into my blog, back in 2010, I remember being sent a free tube of hand cream to review, and being SUPER excited. (I looked up the review and it’s pretty good actually, although distinctly lacking in the image department. If you want to read it you can here. I describe the smell of the hand cream as ‘a bit like an old people’s home – that sort of sterile, overcooked veg, soiled trousers smell’.)

My point is, I never started blogging with any intention of it being a thing, and so every day I’m grateful that this is now what I get to do as a real, actual job. I’d never in a million years have dreamt that my blog would take me to FOUR different continents. It’s such a privilege. I’d never be able to visit such extraordinary places otherwise and I feel honoured to get to do such amazing things and share them with you.

Okay, I’m done, you can open your eyes now.

So, Vietnam with Coca-Cola. (HOW COOL?!) 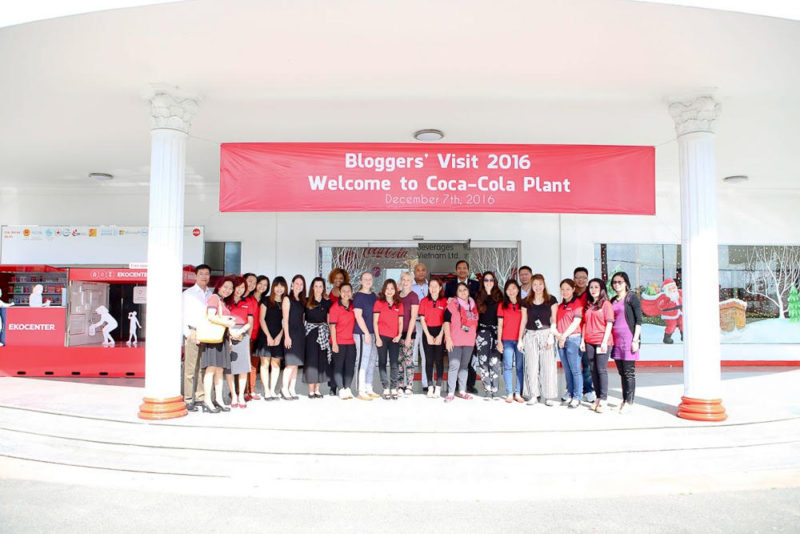 I’ve drunk a lot of Coca-Cola in my time, but never been to Vietnam, or to anywhere else in Asia for that matter. I’ve developed something of a travel bug though in the last few years and so when Coca-Cola invited me to Vietnam to check out the work they are doing there to support local communities, well, I wasn’t going to say no was I?

First up though, I want to address the elephant in the room. There may well be some of you who are reading this and thinking ‘yeah yeah, what do Coca-Cola care about community? They just want to sell Coke don’t they?’

Well yes, they do want to sell Coke, but since when has being an ambitious, successful company meant that you can’t also want to make a difference? Think about it – if you really want to make a serious impact and create a positive difference in people’s lives, then you’re going to need cash to invest, and how do you get that cash? You need to earn in. Think Bill Gates – he gives away MILLIONS to support international development projects, but he wouldn’t be able to do that if he didn’t own a hugely successful, profitable business.

Coca-Cola are happy to say it themselves – they are primarily a business and they need to make a profit – but they believe that you can be a good business at the same time as being a good business.

I’m glad we’ve got that out of the way.

For any of you who are looking at this post and thinking ‘God, I can’t be bothered to read all this’ – how about a little video instead? I do talk about some cool stuff that I don’t mention in the post too, so it’s worth watching regardless. Plus you get to see a picture of me driving a truck made of Coca-Cola cans:

So what is an Ekocenter?

One of the key things that Coca-Cola is doing to support communities in Vietnam is the establishment of local Ekocenters. Coca-Cola has opened over 100 Ekocenters globally, but the centres in Vietnam are the first in Asia. They are essentially small community hubs, offering a variety of services, depending on local need. They are set up in partnership – Coca-Cola call it the Golden Triangle – between business, government and civil society. The government donates the land for instance, and helps with promotion of the Ekocenter. Businesses like Dell and Microsoft get involved by donating IT equipment so that local people can access computers and IT training. Every Ekocenter has free Wifi.

We visited two Ekocenters during our stay – one in Ho Chi Minh City and one more rural centre in an area called Bến Tre, a coastal province in the Mekong Delta. 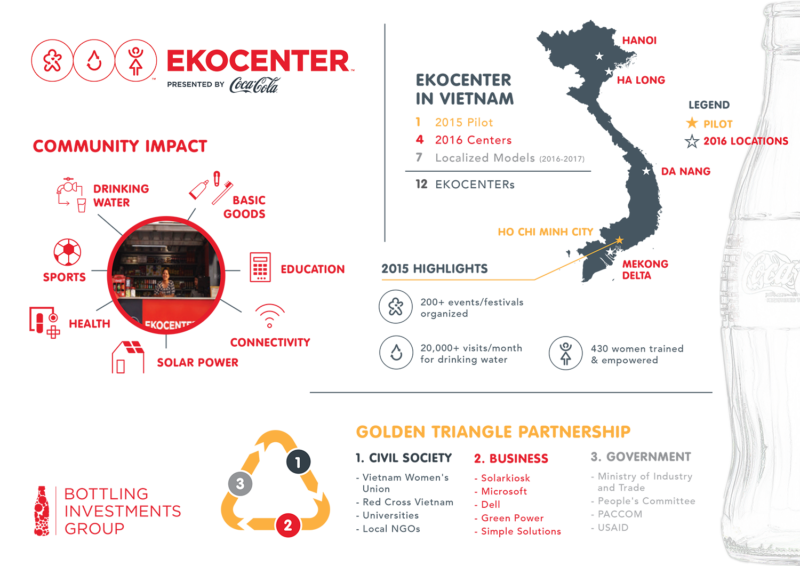 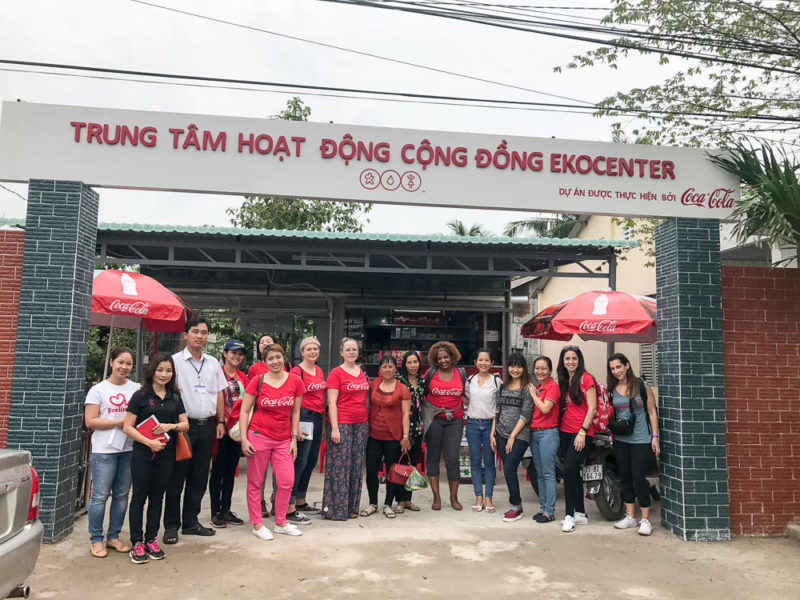 The Ekocenter philosophy – the three Ws

There are three key principles that are at the heart of every Ekocenter – Water, Women and Wellbeing. Let’s look at water first.

The water situation in Vietnam is influenced by a variety of factors, including uneven rainfall, poor intrastructure, pollution and the demands of agriculture. If they want clean, safe drinking water, many people in Vietnam have to either buy bottled water or boil water at home. Neither of these options are ideal. At every Ekocenter, Coca-Cola has set up a mini water treatment system, resulting in thousands of litres of clean water every single day. 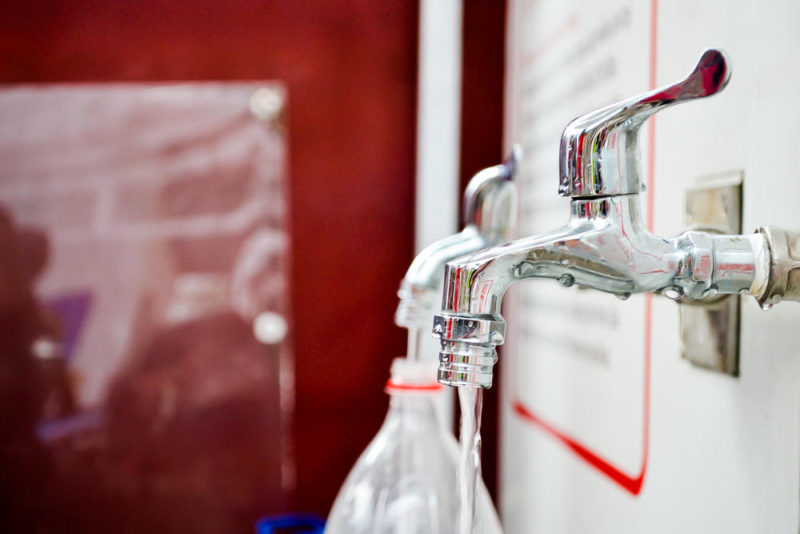 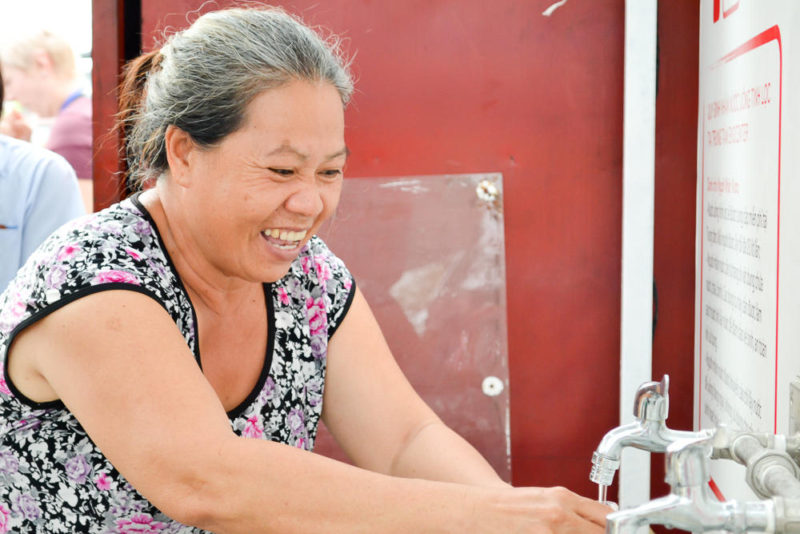 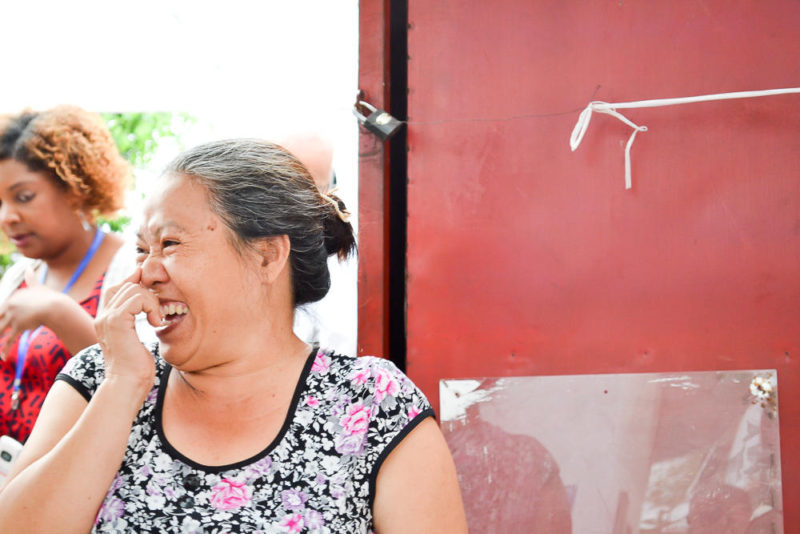 The Mekong Delta is beautiful, but climate change is causing havoc. Sea levels are rising, causing the water in the delta to become more and more salinated. For five months out of every year people in this area have no fresh water at all. Having access to clean drinking water makes a huge difference to families in Bến Tre. 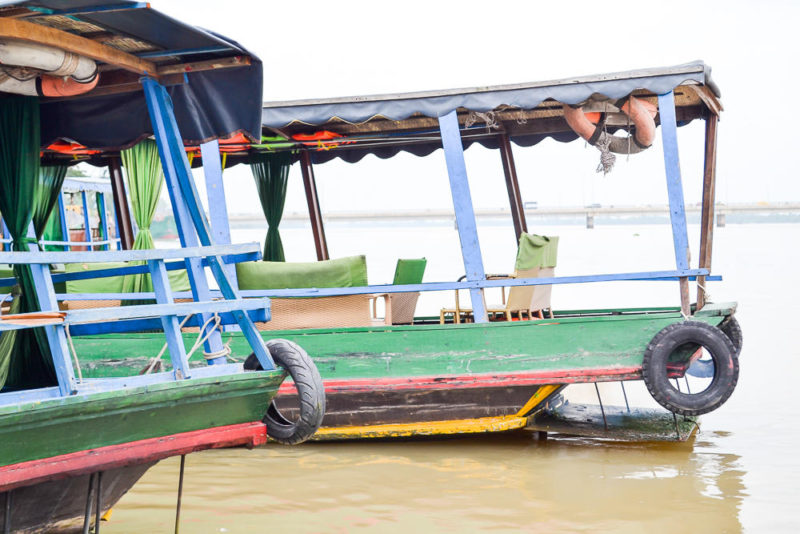 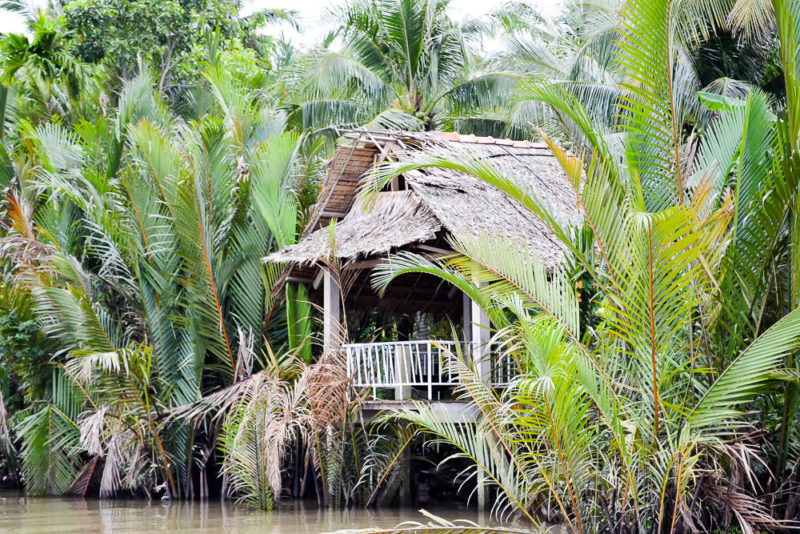 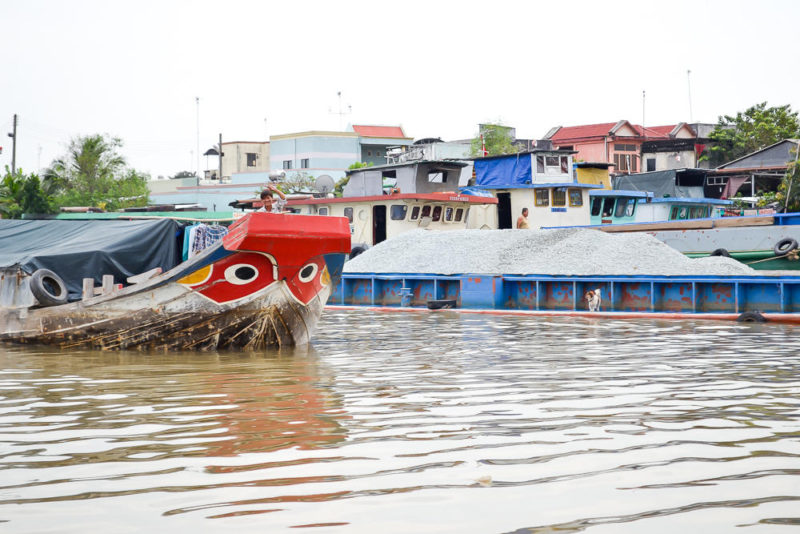 The second of the three Ws is women. Coca-Cola recognises that it is often the women within poor communities that struggle the most, balancing the needs of their extended families and caring for relatives and the same time as trying to make ends meet financially, and yet it’s often the women who are best positioned to bring about change.

One of the key features of each Ekocenter is a small kiosk selling everyday basics. Once they’re set up, the management of these kiosks is handed over to a local woman, (or sometimes a small group of women). This woman is in charge for two years, learning skills and earning a living from the kiosk. At the end of the two years, she hands it over to another woman in the community, often going on to run her own business thanks to the experience she has gained.

In this way, the influence of the Ekocenter in local women’s lives can spread – previous managers mentor others, more and more women learn business skills, and the area prospers. 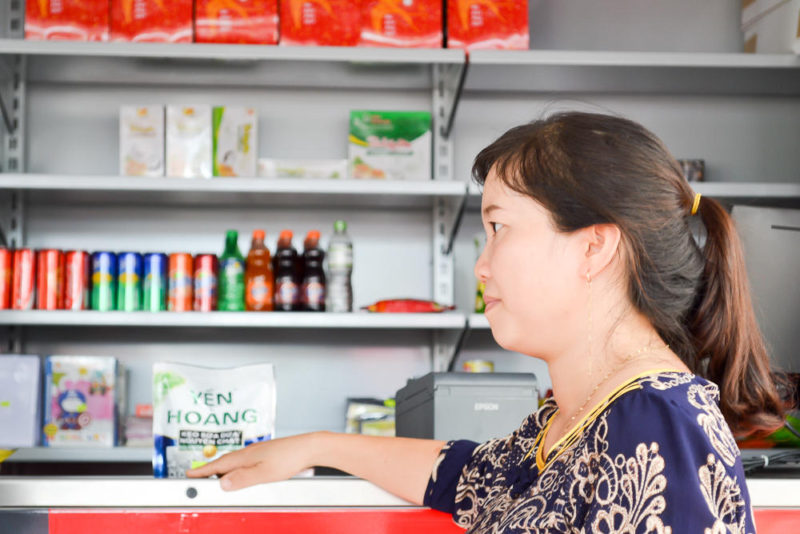 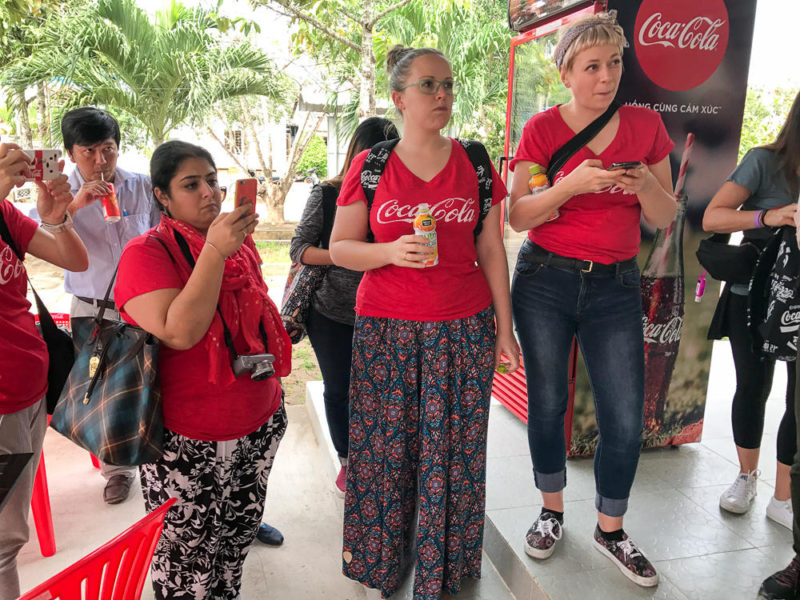 A flattering shot of me with a mouthful of something. Listening intently though. 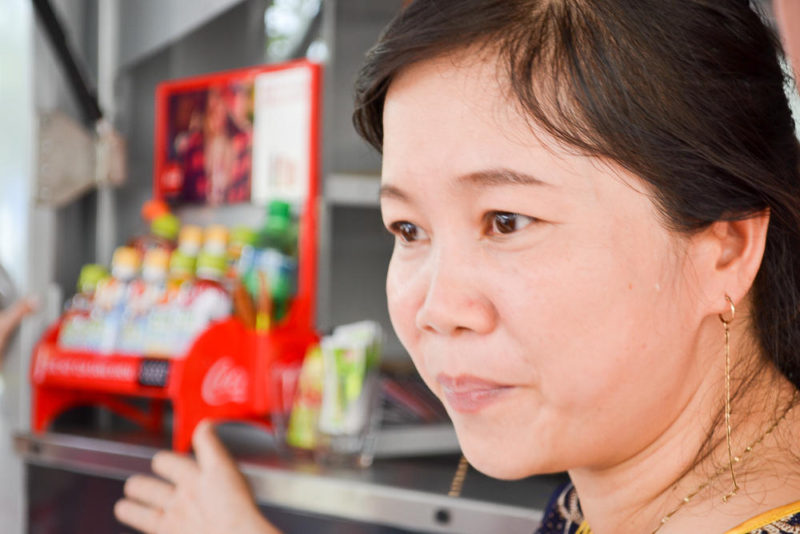 Many of the kiosks also act as an outlet for other local women – a place for them to sell their crafts. If they don’t yet have a skill, women are given the chance to learn something new within the Ekocenter, mentored by other women. In many Ekocenters there are also IT facilities, educational opportunities, sports and health facilities, and social activities. That’s where the third W comes in – wellbeing. 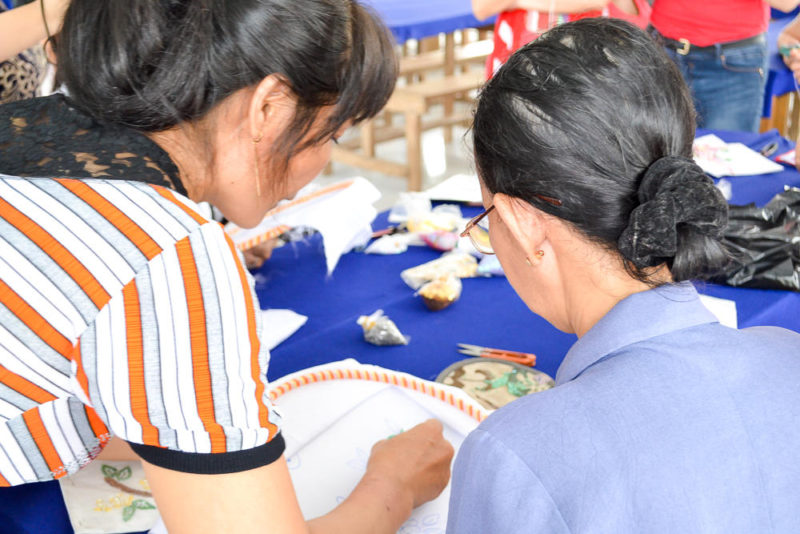 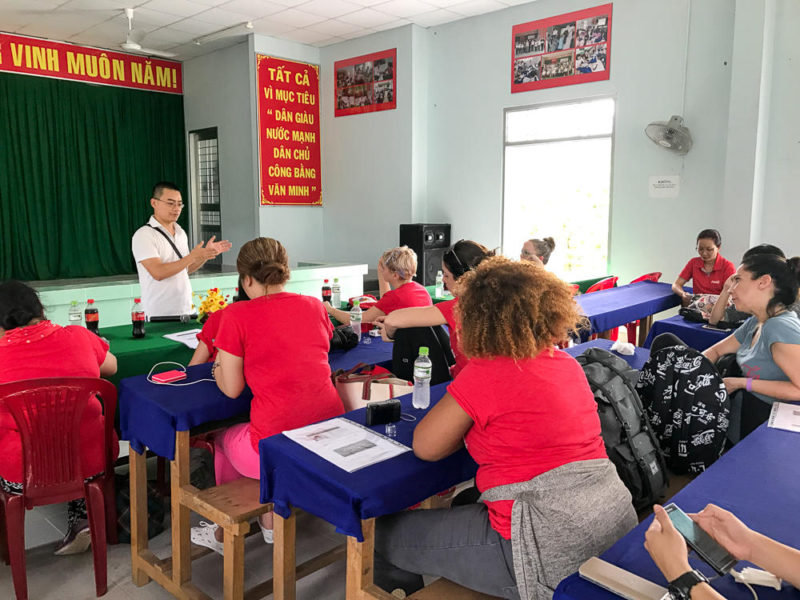 I was interested to find out a little bit more about the impact of the Ekocenter on the local community. I could see how it could directly benefit its users in terms of offering clean water, educational opportunities and IT, but what about the knock on effect on other businesses for example?

Opposite the Bến Tre Ekocenter for example I spotted a small, family run store, selling what looked like the same kind of things as the kiosk at the Ekocenter. How had the Ekocenter’s arrival impacted on that family business? Might they feel like Coca-Cola had swept in and set up a competing facility?

When I went to speak to them it turned out that they were thrilled with the Ekocenter. They used it regularly they said, and the clean drinking water taps had made a huge difference to them. I asked about the impact on trade but they said that they had actually been much busier since the Ekocenter opened as there were so many more people around. It was reassuring to hear. 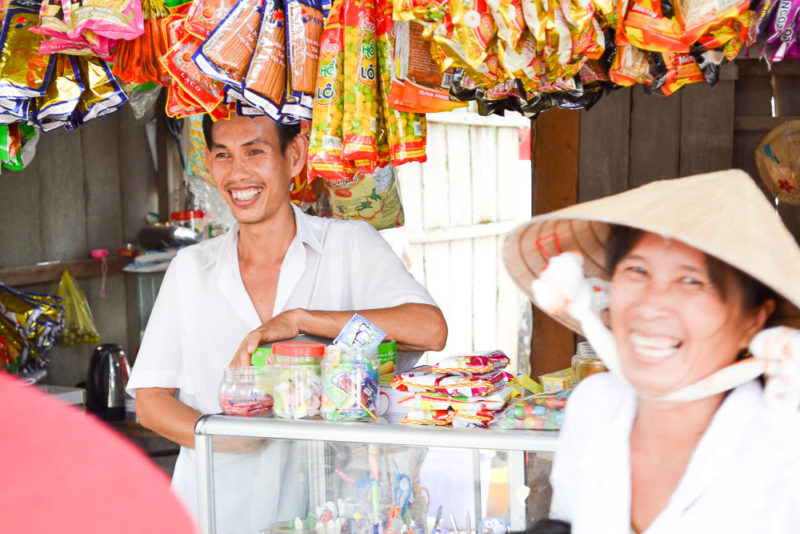 After visiting the Ekocenters and meeting so many of the people directly and indirectly supported but Coca-Cola, I was convinced. Coca-Cola and its staff clearly want to give something back, and the work they are doing is grass roots, hands on stuff – work that makes a real difference to the day to day lives of individual people.

It was cultural anthropolgist Margaret Mead who so famously said ‘Never doubt that a small group of thoughtful, committed citizens can change the world’, but after visiting Vietnam with Coca-Cola I’d say we shouldn’t doubt the world changing powers of multi-national corporations either.

I was in Vietnam as a guest of Coca-Cola. All opinions are my own.