This week we had a visit from a plumber. It doesn’t happen often because I’m more of the ‘wrap something around it to absorb the leak’ school of thought, but the cupboard under our sink was a little past that. I share this story as a way to make you feel better about any awkward moments you may have had with tradespeople.

‘The sink is over here,’ I said, already feeling like a goon because he is a plumber and if he can’t recognise a sink then really, what’s the point?

Now this, I appreciate now, was the moment where I should have offered him a cup of tea. However, I knew it was going to be a quick job, and I was wary of that whole awkward ‘you’ve made me this tea so I’m going to have to drink it but it’s actually scalding my throat’ scenario.

When you hesitate in a situation like this then that’s it, you’re finished. You can’t offer a plumber a cup of tea when they’re nearly finished – that would be like me coming into the room in stockings, carrying a Cosmopolitan in a sexy way. (How do you actually do that? Cocktail glasses are very easy to spill.)

Okay, so he doesn’t get tea. I can style that out.

He goes out to his van to get some tools. What do I do now? I don’t want to have left the room while he is gone, that feels weird, but I also don’t want to just be standing there in the middle of the kitchen, waiting, so I sit down on a dining chair and have a look at my phone.

He comes back in. I finish the email I’ve been writing.

He is under the sink and I am sat in silence on a dining chair.

I hesitate again though, and there, I’m stuck in the chair. I can’t leave now can I? That would be odd. But I can’t really make small talk about the sink, especially as his head is underneath it. So I sit some more in silence, as though I’m an invigilator in an exam. I send a few more emails, mainly to avoid looking up and accidentally making eye contact. I feel like the whole thing has gone too far and speaking now would just draw attention to the preceding silence.

Eventually he finishes, and I look up and smile casually, as though I’d forgotten he was there and I always sit like that in the kitchen.

‘What is it you do then?’ he asks as he gets out his forms.

I hate this question, especially when it comes from sensible grown up people in their sixties who have real professions, like plumbing. I consider making something up, but I’m not a good liar.

He looks confused, but doesn’t say anything. I’m so exhausted by the stress of the whole ‘sitting in silence in the dining chair’ thing that I can’t even explain. I just leave it hanging silently while I sign the paperwork and show him out.

Next time I’m just going to wrap something around the leak. 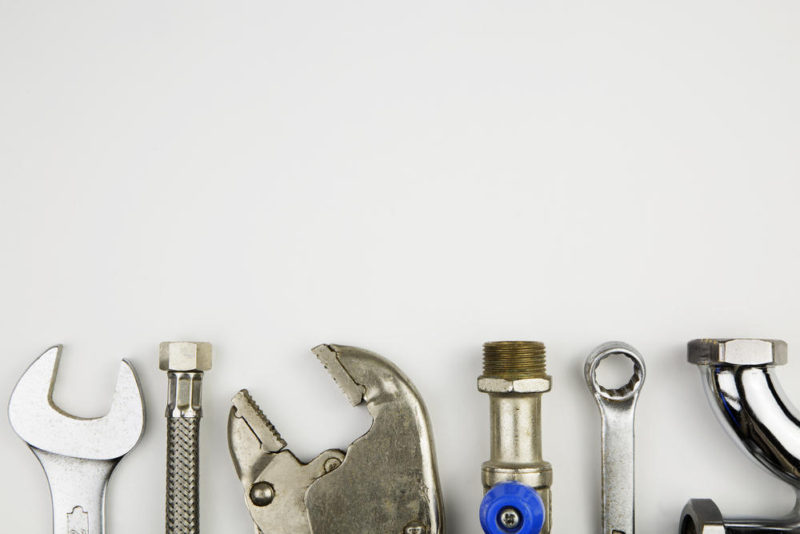