Last week I was sent the rarest bar of chocolate in the world.

That’s a claim isn’t it?

It was made by Ritter Sport and only 50 were made, sent to a select group of super special people. (i.e. ME!)

Unicorn chocolate is real. It tastes of white chocolate with yoghurt and a raspberry cassis flavoured rainbow #unicornsarereal #glittersport pic.twitter.com/VqEhRLZUV6

How cool is that?

Temptation was just to scoff it immediately, obviously, but I restrained myself. This chocolate was special. Instead I decided to do something uncharacteristically maternal – I decided to set up a treasure her for Belle and her friends. If you want to find a real unicorn, you would have to hunt for it after all.

I really loved doing treasure hunts as a child. I still love them now to be honest. As a teenager, there was a bit of a trend in our town for car treasure hunts – the sort where you meet in a supermarket car park and get sent off at five minute intervals to scour the countryside for clues on phone boxes and obscure road signs and end up in the garden of a second rate pub for a cheap barbecue.

I started by getting myself some pretty coloured card and stickers, and coming up with some riddles. 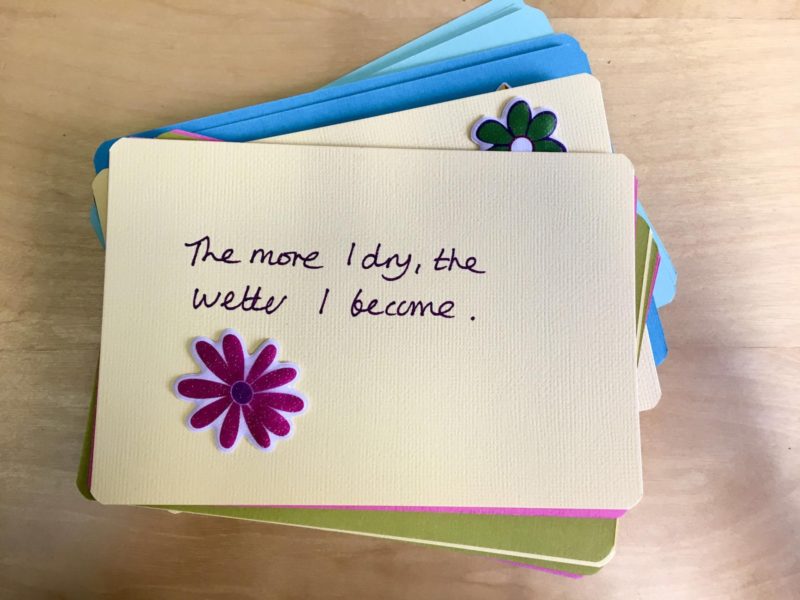 Belle is very competitive, so I had to incorporate an element of competition, as well as cooperation, so I started the treasure hunt by giving them individual clues. The first clues I hid in the trees in our little communal garden, just to get them out of the house for a few minutes. After a series of individual clues, they then had a more difficult ‘my first is in…’ type riddle to work on together. 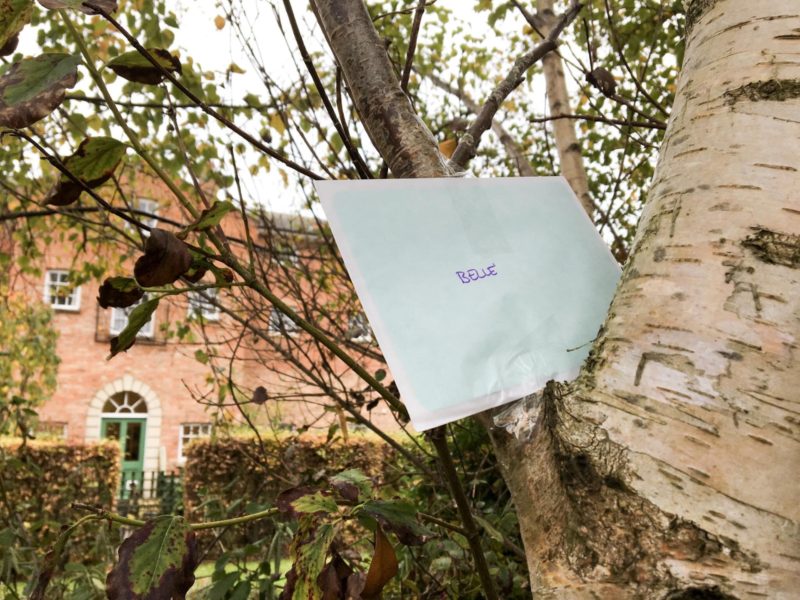 The final riddle went a teeny bit wrong when I realised I had written the word MINT when I had meant to write MILK. That confused them for a while, as it’s hard to spell ‘ALTEA’ (our car) without an L, but I hastily scribbled a correction, pretended it was deliberate, and they were back on track.

There was an exciting three minutes while they searched the outside of the car, unaware that the prize was inside, and then a small kerfuffle looking for the car keys, before they finally reached their goal. 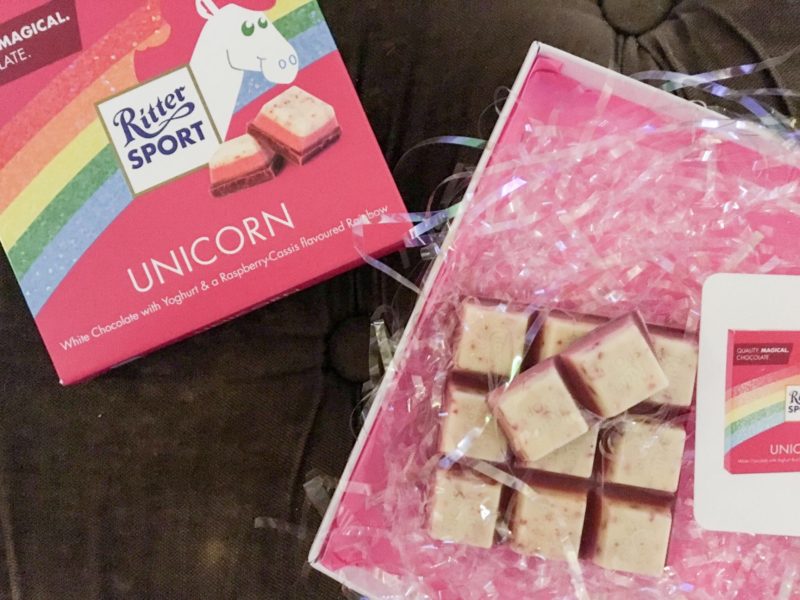 They seemed to enjoy themselves and I must admit I was pretty pleased with myself. It was a fair bit of effort, but then no one ever said it was easy to find a unicorn.

If you’re super quick, there’s still time to head over to Twitter for a chance to win your own! Good luck – may the magic be with you :-)