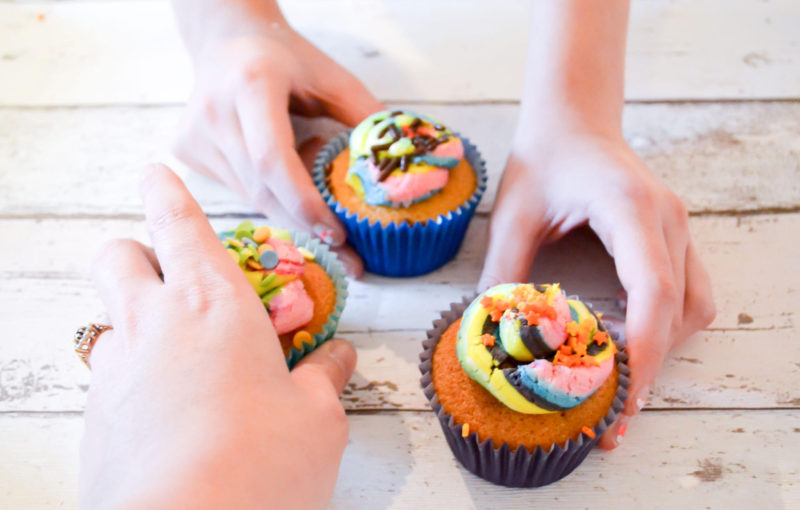 As you may have picked up in the seven or so years that I’ve been blogging, I don’t have what you’d call a passion for housework. My ideal way of spending less time ironing is simply to not do it, and instead to wear stretchy clothes where the creases get sort of pulled flat.

Or, to get out of ironing other people’s clothes, you could try the method I accidentally employed on an ex-boyfriend. I was trying to be helpful and was ironing a few shirts. I was doing his favourite white shirt when Bee showed me a picture of a baby doing something cute. I can’t remember what exactly – it was dressed up as a lobster or something like that I think.

I laughed and dropped the iron on the floor.

I figured that if I just picked it up really quickly and carried on, that no one would notice. Unfortunately, I didn’t notice the large amount of carpet that had melted onto the iron and which I then proceeded to iron onto the back of the shirt.

I wasn’t hugely popular when the boyfriend got home to find a patch of carpet missing. Even less popular when he discovered the missing patch had found a new home on his shirt.

I do appreciate though that neither of these approaches are an effective long term strategy, and that ironing is one of those things that you just have to do, both for everyday things and more special occasions. Like last week when I bought new curtains for the two windows in our bedroom. Seriously, it felt like I was ironing those curtains for about two days.

Which is where the Philips PerfectCare Elite range comes in – the world’s fastest, most powerful steam generator irons on the market*.

That’s a pretty cool claim isn’t it? It makes me feel a bit James Bond to be honest, although having read through the spec, the PerfectCare Elite range doesn’t seem to have an ejector seat, or a secret compartment to store smuggled diamonds or anything like that. It does have some other cool features though, which, in the world of ironing, are probably as impressive as a pen that doubles as a smoke bomb.

Like the no burn guarantee – something I could really do with. 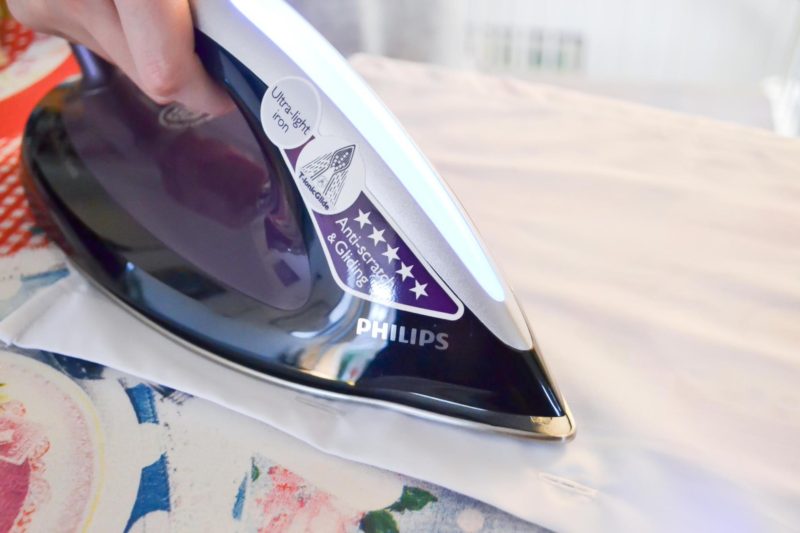 ‘How does that work?’ I hear you ask. I shall tell you.

Exclusive to the Philips PerfectCare range is OptimalTEMP technology. This means the iron has no temperature dial and never changes temperature. Instead it has a smart electronic chip that ensures that soleplate stays at one low temperature at all times. It doesn’t need a hotter soleplate because the steam is so powerful, meaning you can use it on all ironable fabrics, without having to worry about burning them.

This is a massive benefit for me, as I’m notoriously forgetful and have been known on many an occasion to iron silk on the highest setting. (Not recommended.) With the PerfectCare Elite you don’t even have to remember to turn it down. Peace of mind for all your fabrics. 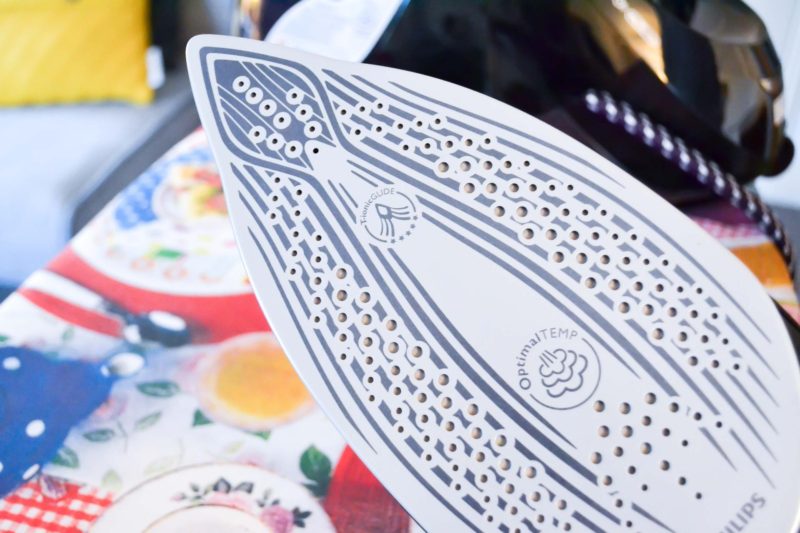 The key thing for me though is the speed.

I don’t want to spend hours every week ironing. I want to be hanging out with Belle, making cookies, taking pictures of ourselves as puppies on Snapchat, and watching Bake Off. I want to be going for little drives on Sunday afternoons with Fiancé, stopping for cups of tea and bits of cake and discovering pretty churches in tiny villages.

Which is why the PerfectCare Elite is perfect for me – it’s proven to save you on average 40 minutes a week on your ironing**. That’s 40 minutes of extra fun time for me.

I made a short video for you to show you the PerfectCare Elite in action, so you can see some of the cool features for yourself. Notice how small and light the iron actually is, making it super easy to iron with. It also has the Philips’ revolutionary T-ionicGLIDE Soleplate technology with patented new coating, meaning it glides over your clothes as smoothly as Torvill and Dean in their prime. With its steam power and consistency the PerfectCare Elite is able to claim the fastest ironing experience***, so watch the video to see how it gets on.

Oh, and I have new glasses. Do you like them?

Okay, so I did speed up the footage a little. The PerfectCare Elite range isn’t that fast, but you didn’t really want to just watch me iron for ages did you?!

In all seriousness, if you watched the video, you’ll have seen that I ironed a fancy dress, a skirt and two tops in less than five minutes, and they looked ace at the end. It was very easy to use, and the creases came out ever so well, especially considering everything had been at the bottom of Belle’s chest of drawers for about six months. I just wish I’d had it when I was ironing those curtains.

Because the Philips PerfectCare Elite range is so fast, you have time left over to do the things that matter most. No, not watching Netflix on your own in a dark room with a gin and tonic – spending time with your family! Dur.

We’re enjoying watching the Bake Off so much at the moment that Belle and I decided to use our extra 40 minutes to make some cakes. 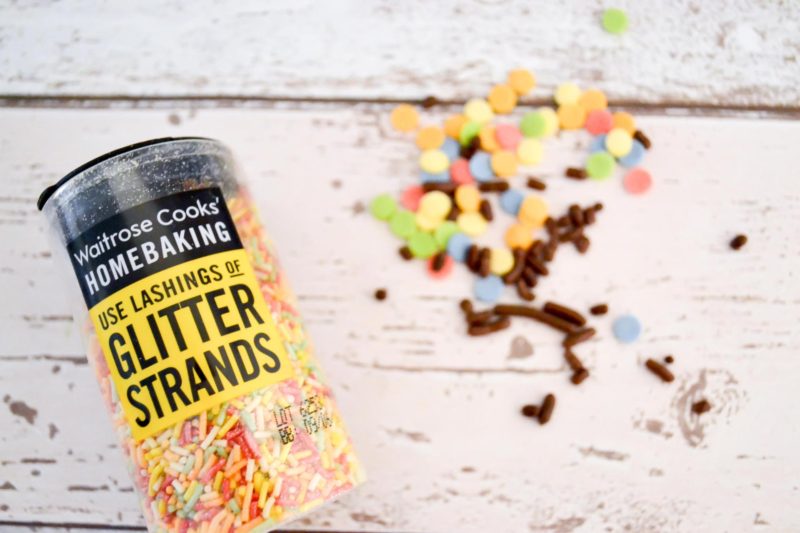 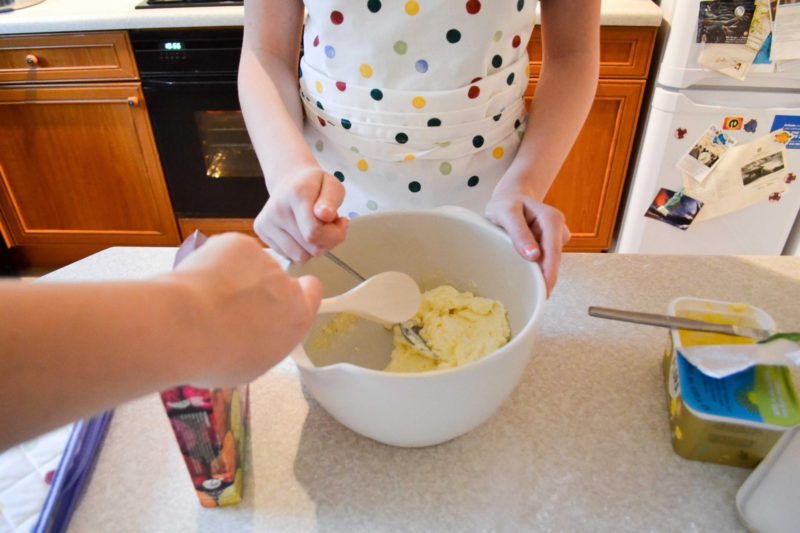 Belle loves a spot of baking, and we do like to have something freshly baked ready to watch the Bake Off with. If you don’t have your own treats it can almost be a form of torture, seeing everyone else tasting yummy looking things while you have nothing.

No one wants that.

Did you like what Belle did with the icing? She’s a clever girl isn’t she? I mean sure, it meant she had six different bowls of icing to wash up, but it was worth it I think.

So there you go. Ironing done and cakes made. What’s not to love? 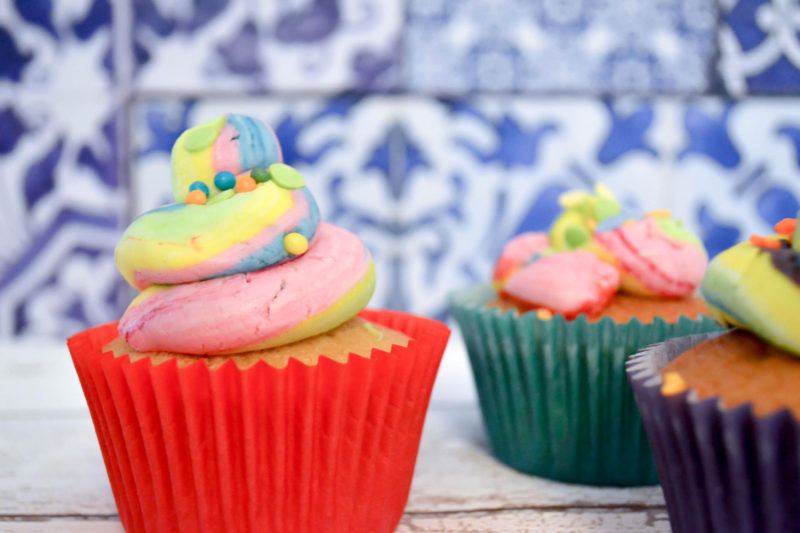 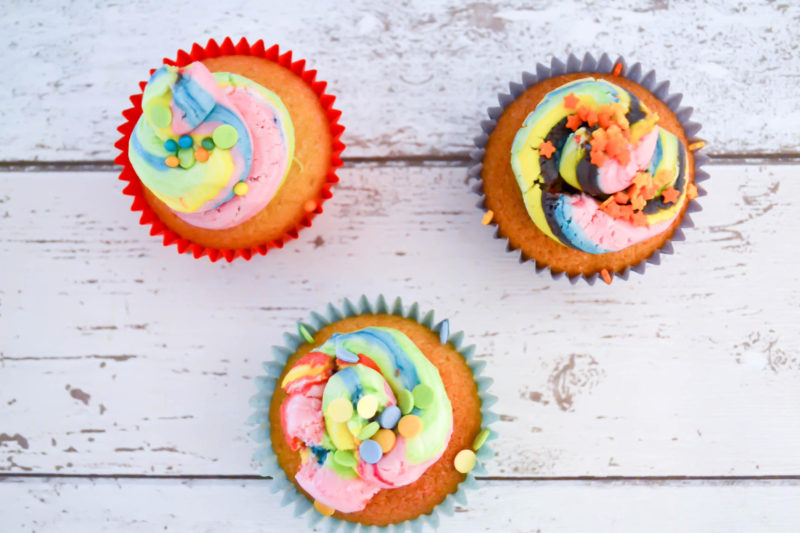 The Philips PerfectCare Elite range is available in store from John Lewis, from RRP £320. 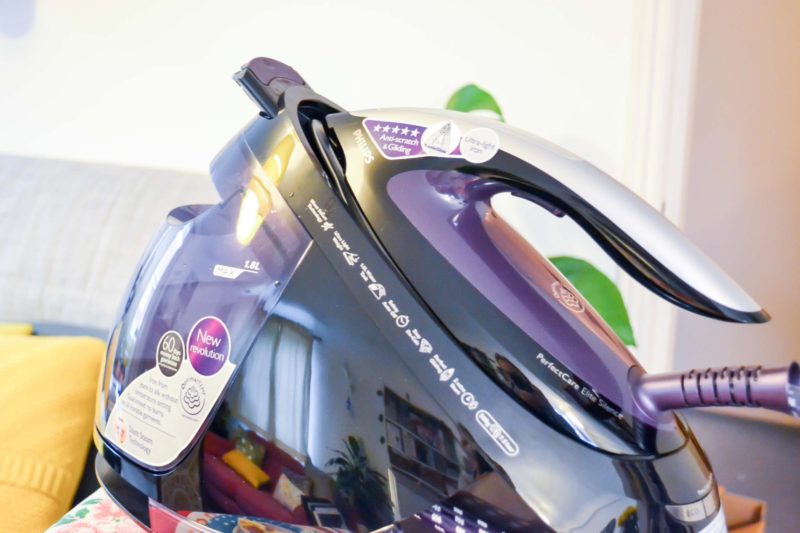 ** Based on internal test with average ironing basket compared to Philips GC3802 Azur Performer steam iron. Time saving indication for UK consumers who iron for at least 120 minutes per week as reported by independent agency.