I’ve been thinking today about all of the different village halls and community centres I must have been to in my life.

I know that sounds boring, but bear with me.

Some that I particularly remember:

And these are just examples – I can think of masses of them, and I’m sure you can too.

The fact is that most us have probably been in dozens of village halls without really paying them any attention or appreciating the value they pay in the community. Village halls like this one at Creech St Michael – a little village about ten minutes from me: 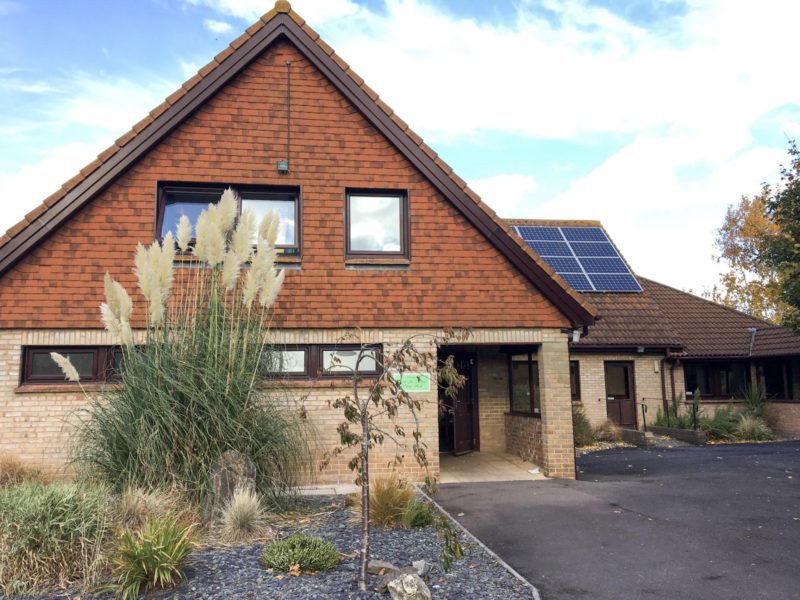 I paid Creech St Michael village hall a visit this week as they were one of five winners of the Cif Community Clean project. The aim of the campaign was to recognise the importance of village halls and community centres and reward the mammoth effort that goes into maintaining them. It’s normally local volunteers running the centres, keeping them clean and organising activities, and many people and groups would be totally lost without the facility. Village halls double as playgroups, yoga centres, wedding venues, sports clubs… I’d love to see a list of every single activity happening around the country in a village hall. I bet it’s bonkers.

As one of the lucky halls chosen to be part of the Cif Community Clean project, Creech St Michael village hall was treated this week to a total spring clean. A team of cleaners and decorators were brought in by Cif to give the hall a complete refresh, including a new coat of paint. 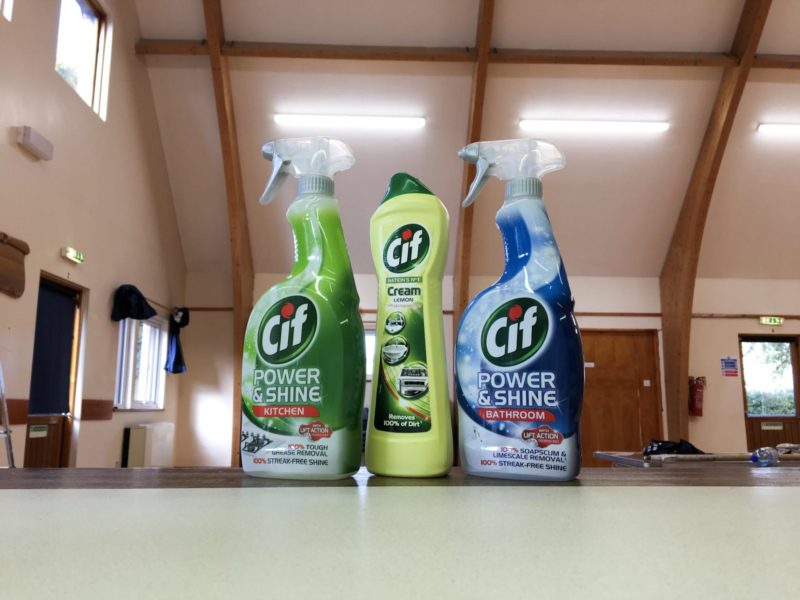 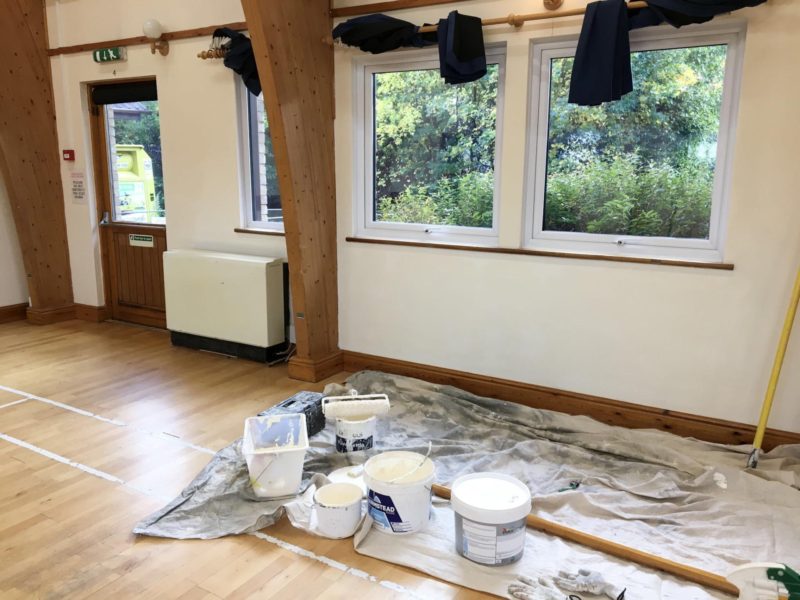 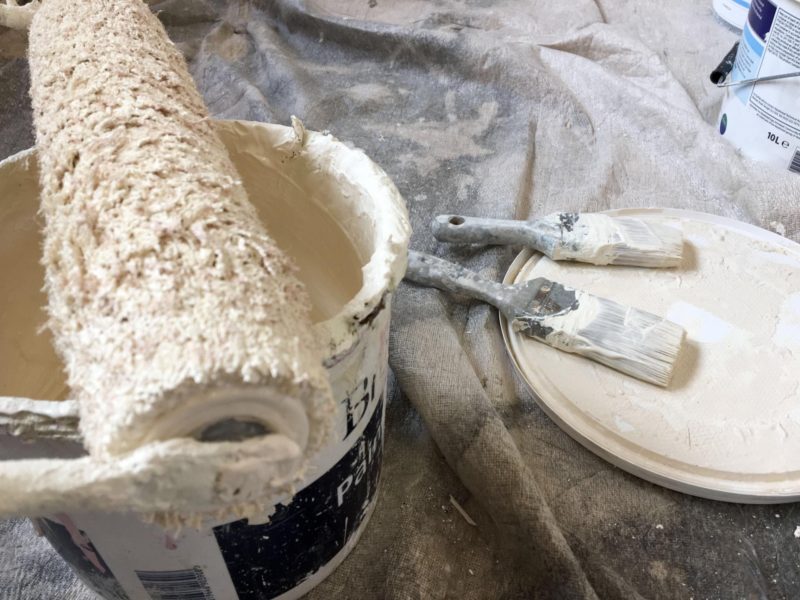 I went to have a nose, and was very impressed. Although it’s very nearby, I’d never been to Creech St Michael village hall before, and thought it was very pretty indeed, with a lovely ceiling. I visited near the end of the clean, and everything was looking lovely and bright and fresh. The team leader Vince gave me a little tour and told me all about the work they’d been doing. Vince had just finished cleaning the oven and was looking pretty pleased with himself. 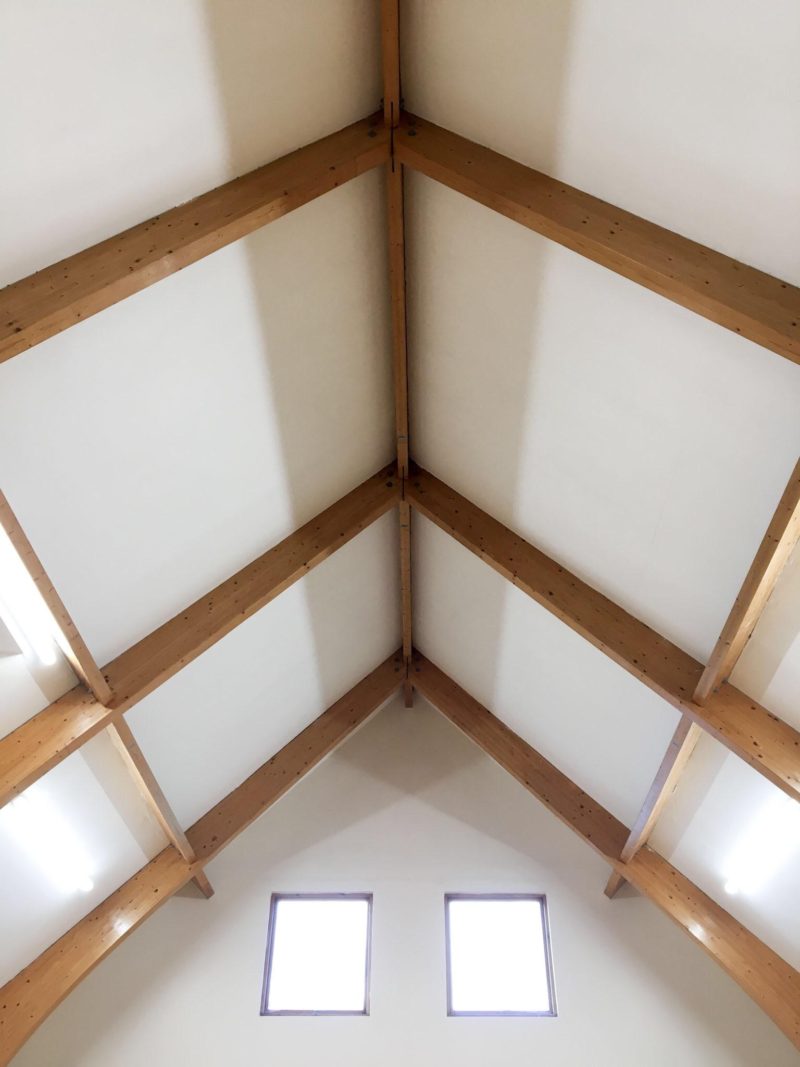 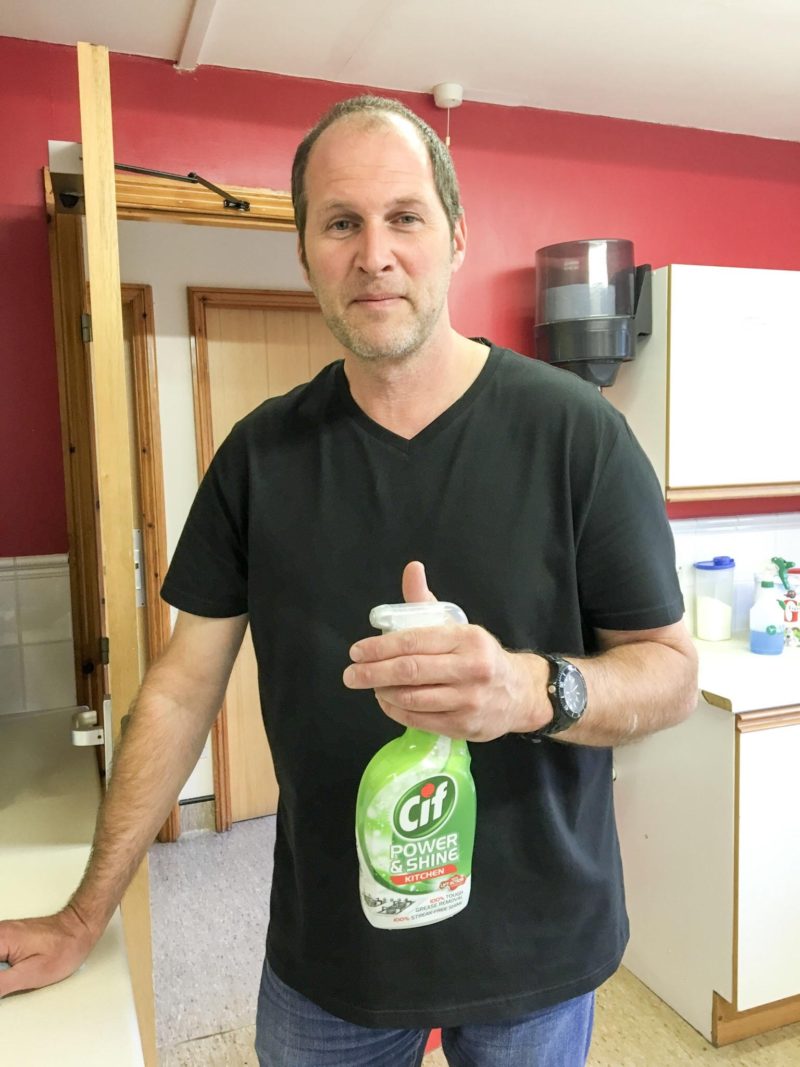 I was particularly impressed that Cif had used local people to do the work, rather than shipping in outside cleaning teams. I thought this reflected well the idea of a village hall being at the heart of the community. The two lovely chaps doing the painting were actually local to Creech St Michael itself, meaning the village was benefitting from extra work as well as a lovely clean village hall. 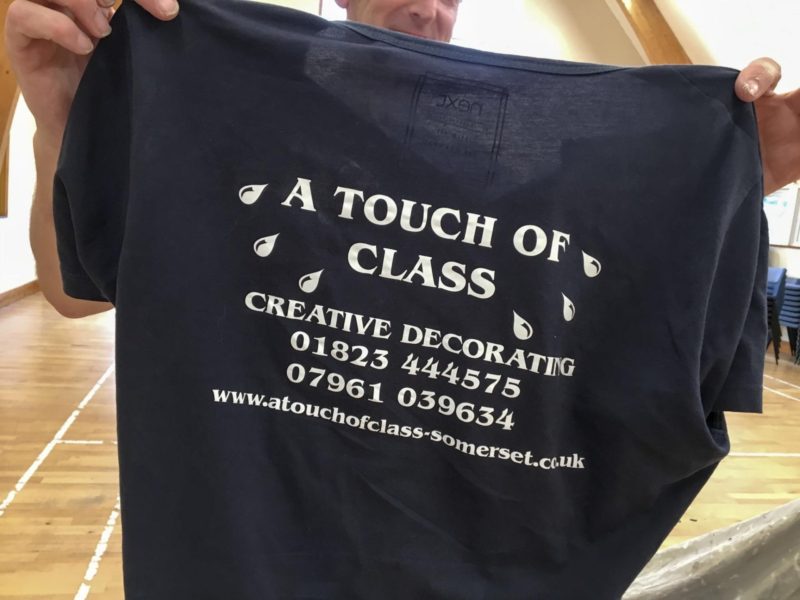 Of course you know I’m not a big fan of cleaning personally, but obviously I needed a picture. I tried a James Bond style pose with a bottle of Cif.

Pretty sure I pulled it off. 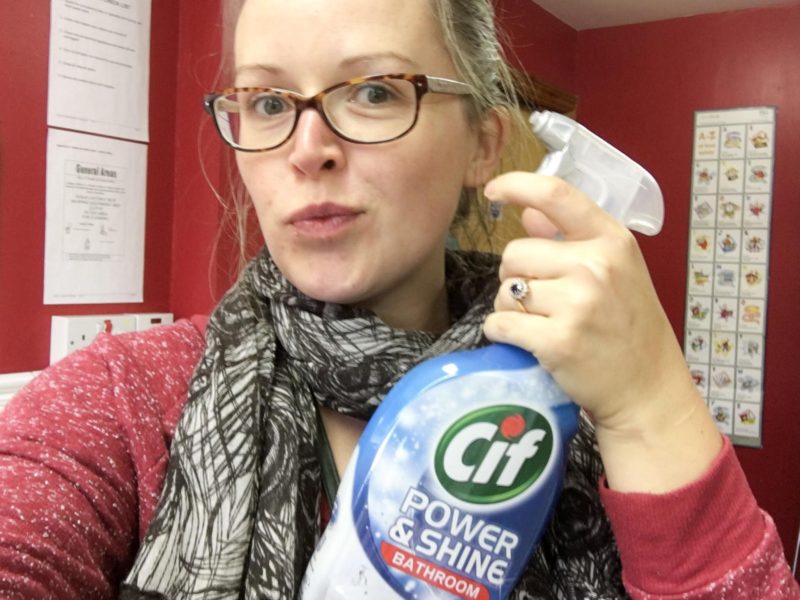