Bee emailed me the other day. ‘Do you realise,’ she said, ‘that you’ve been writing your blog now for half of Belle’s life?’

‘No,’ I said, ‘I’d never thought of it like that. It’s a good thing though, as it means that when she asks me questions about things she did as a child, I’ll just be able to Google them.’

(I have a terrible memory.)

I’m sure there are masses of parents who’ve been writing blogs for more than half of their child’s life, but that’s because the children are all about six months old. It feels like a bit more of an achievement when the child in question has just had their 14th birthday. 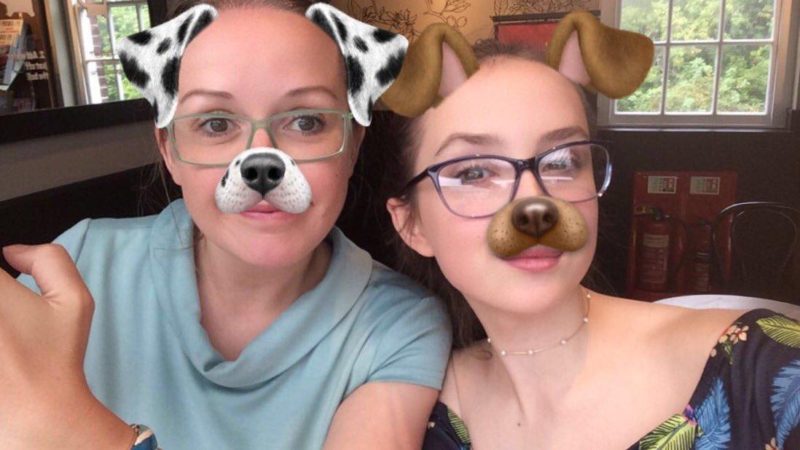 When I first started blogging in 2009, I didn’t even think about what my life would look like in 2016, let alone what my blog would look like. In a weird way, I feel like my life and blog have evolved in unison – in 2009 my life felt very commercial, (office hours in a job I didn’t like), while my blog was more fun, with more time to be creative.

And then I jacked it all in to write for a living.

I don’t think anyone would dispute the fact that my blog has become more commercial, but that’s been balanced by my life outside my blog becoming less commercial, with more time for fun. The fun pendulum has swung in what feels like a positive way.

Does that make sense? Sometimes I feel guilty about the growing commercial aspect, but if that just means I’ve created a business for myself that frees up the rest of my life for adventures, then that has to be a good thing doesn’t it? We shouldn’t feel bad about being successful.

I wonder if it feels weird for her to have such a huge chunk of her life documented like this? I wonder if she even remembers a time when it wasn’t? I try to be sensitive when I write about her, (as is clear from the picture above), but I’m sure there are things I post that I think are adorable, but that she thinks are horribly embarrassing. But then that’s a parent’s job isn’t it? To be embarrassing?

Except perhaps not always in quite so public a way.