A couple of new signs have appeared recently on my little stretch of the M5 – the bit between Taunton and Bristol. They are identical, at about a ten mile interval? They annoy me every time I drive past them, to the point where this weekend I made fiancé drive past extra slowly so that I could take a picture and rant about them. 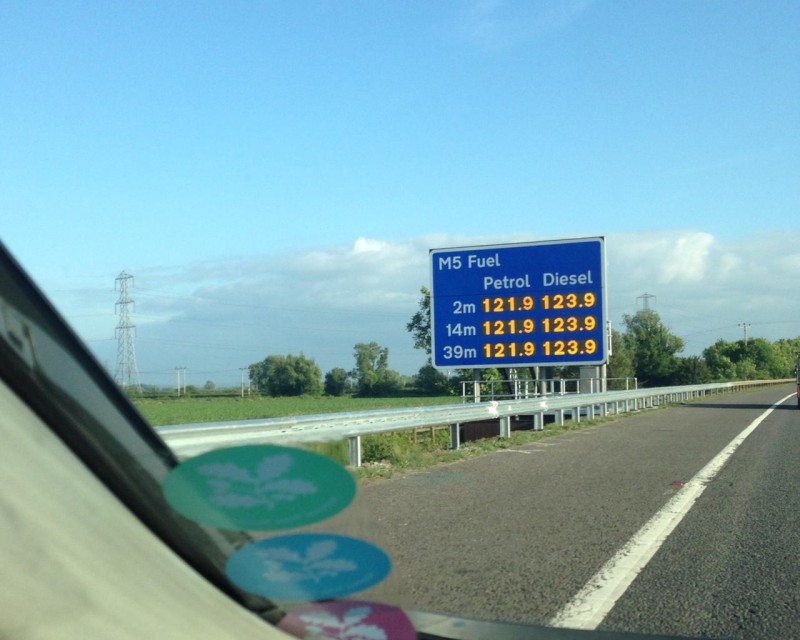 One – someone, somewhere, had a massively underspent motorway road sign budget. How else can you justify it? How much must it cost to have made this sign, connected it up with the petrol stations, get it set up, and then maintain it? And to what end?? (See points two and three.)

Two – petrol on the motorway is a complete rip off. If you have been foolish enough to leave your refuelling until you’re on the M5, (which is me obviously), this sign acts as a helpful reminder of what an idiot you are.

Three – just in case you weren’t now depressed enough, it then goes on to let you know that there’s no point even hanging on a bit longer, as you will be ripped off by exactly the same amount for the next 39 miles. Haha! You feel really stupid now don’t you?

How are these signs helpful to anyone? What do they achieve other than making you feel bad about your own lack of petrol related planning?

They are almost as stupid as the ‘sign not in use’ signs. 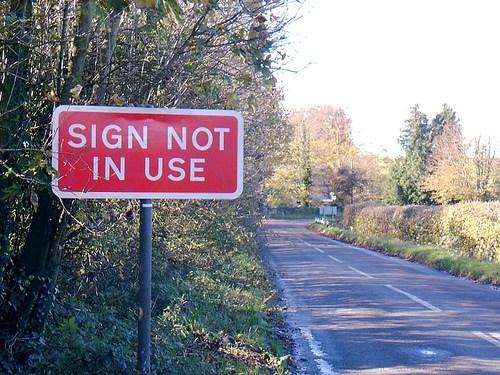