For about two months now, I’ve had a huge cardboard box in the middle of my living room. It originally had two large barstools in it, so it really is massive. Since having the barstools taken out though, it has been converted into a ‘den’. It has working lights, a welcome mat, and is covered by a blanket.

Now, I wouldn’t mind so much if Belle spent every evening sat in it, amusing herself with old-fashioned past times, stitching herself a little blanket or writing stories or something, but she has been in it perhaps once in the last three weeks.

“Do you think we could get rid of your cardboard box house now?” I ask, only vaguely hopeful that the answer will be yes.

Then of course she will spend half an hour in it, just to make the point.

You would think after 20 years of parenting that I would be past the stage of having to pretend to like things made out of old cardboard boxes, but apparently this particular avenue of pleasure is still well and truly open for me. You might think, if nothing else, that the cardboard box creations would at least have become more discreet, but no, this den is as big as an armchair.

If it was a robot, made out of old egg boxes, I could far more easily hide it on top of the fridge to test to see if Belle would miss it. That’s always a good tactic – ‘Oh, that super cool space craft you made? Oh yes, I just popped that on top of the fridge to display it – I wanted to be able to see it from my height more easily.’ If they don’t notice – which they normally don’t – you can then move from stage 1 (top of fridge) to stage 2 (outside bin) after a couple of weeks.

What is the fascination?!? It’s a cardboard box for heaven’s sake. Why to kids always want to keep rubbish? Why can’t you just put the cereal box in the recycling like a normal person?

I found this picture, showing a mum smiling fondly in the background – this is clearly a mum who is new to parenting, for whom the novelty of having a house full of crap has yet to wear off. ‘It’s so sweet,’ she says lovingly to friends, ‘he unwraps his gifts and is always more interested in the box!’ 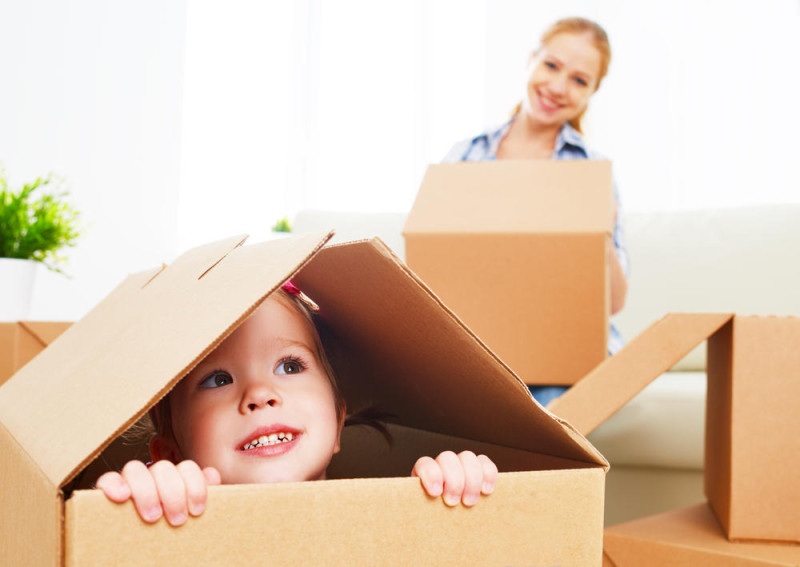 The one thing that Belle’s den has in its favour at least is that it is well put together. (You’d hope though, to be fair, that by the age of 13 you could build a decent box den.) With smaller children, the added frustration is that most of what they make is actually just rubbish. They have no skill, no flair. Yeah, yeah, it’s all about the creativity and having fun, sure, but come on kids, get it together – it’s really hard to gush enthusiastically when you’ve literally just stuck together a few toilet rolls.

If, when they built a robot, it looked something like this, or could actually do something useful, like the hoovering, then perhaps as parents we’d feel less like driving it immediately to the tip or crying into a chocolate cake quietly in our bedrooms, wondering when our homes stopped being things of beauty, filled with flowers and books and hopes and dreams, and turned into a giant recycling truck.

Or perhaps that’s just me? 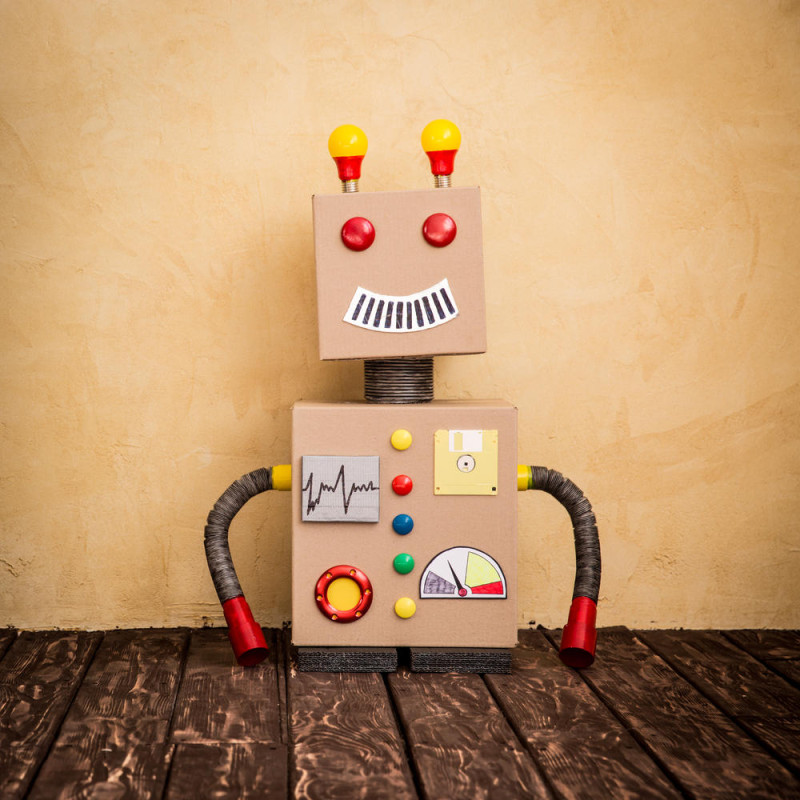