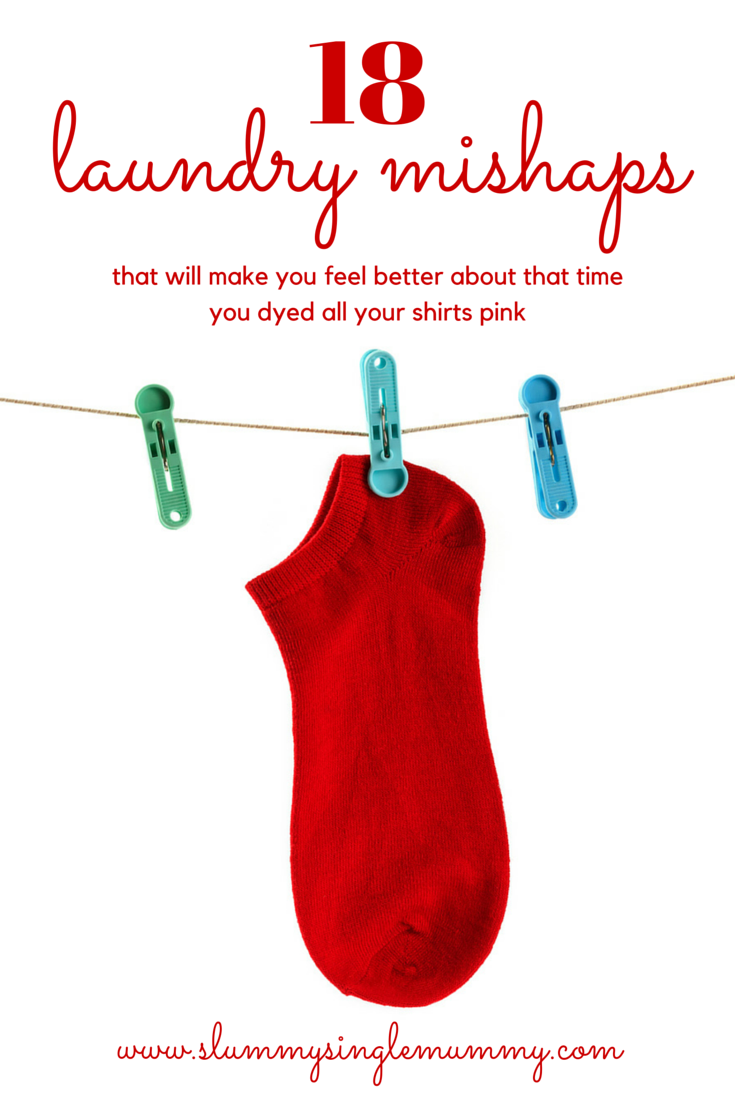 What’s the worst thing that’s ever happened to you, laundry wise?

The classic red sock in a wash full of bright white shirts maybe? I’ve always thought that was a bit of a cliché, the sort of thing that only happened on TV, until I did it with a pink sock. It actually turned my white dressing gown a rather lovely pale lilac colour, which I was pretty pleased with, so it wasn’t all bad. 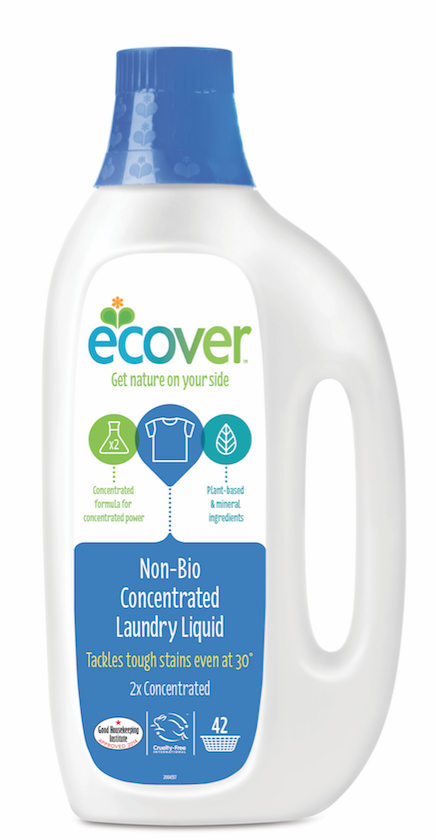 As you may have noticed, (from the big pictures of bottles of Ecover laundry liquid), I’ve been doing some work recently with Ecover to try to help people lighten the laundry load. Ecover’s plant-based Non Bio Concentrated Laundry Liquid formula tackles tough stains, even at 30 degrees, so hopefully that will save you a bit of laundry time and stress.

I could certainly do with some help.

A couple of weekends ago we spent around four hours in total taking our washing machine apart, looking for a mystery noise that turned out to be a five pence that had worked its way through the filter, and I don’t feel I’ve been quite forgiven yet for taking an extremely expensive pair of dry clean only suit trousers to the launderette for a service wash and tumble dry.

I’ve had a few ironing incidents too.

You know how people say that men deliberately do the ironing really badly so that their wives won’t let them do it? That’s me. Except it’s not deliberate.

I was once ironing an ex-boyfriend’s favourite white shirt, (before he knew better), when Bee showed me a cute picture of a baby on Twitter. Distracted, I dropped the iron on the floor. I picked it up quickly, not realising I had melted the carpet, and proceeded to iron said carpet on the back on the shirt. Ex-boyfriend was not terribly impressed, although it meant I never had to iron a shirt again. The carpet never quite recovered either.

So that’s four laundry mishaps already, and I’ve not even started the list properly. Laundry is perhaps not my thing. Just think of all the time I could be spending doing other, less dreary things, if I wasn’t always thinking about washing!

We thought it would be fun to put together a round up of some other people’s laundry mishaps, so that you can learn from their mistakes, spend less time on laundry, and more time having fun! (Unless stain removal is your idea of fun, in which case, knock yourself out, crack open the Ribena and have a party.)

@mummyblogger #lightentheload I once used a whitener on all white work and school shirts but it turned them all blue. I wasn’t popular lol

@mummyblogger does ironing my pants whilst wearing them (and giving myself a lovely burn on my stomach) count?

@mummyblogger baby brain caused me to boil a potato in a wash load once, the result wasn’t pretty.

@mummyblogger I once accidentally put a wet nappy in with the washing instead of the bin! It came out huge!!! #LightenTheLoad

@mummyblogger That time I left the transport bolts in a new washer, and the vibrations locked the downstairs w/c. Sledgehammers were needed.

@mummyblogger .trying to stuff more than three children in the machine – though the industrial one in the laundrette works a treat

@mummyblogger my dad once washed all my delicates with my maroon PE kit, this was my first insight into the world of coloured lingerie.

@mummyblogger During my student days, I naively thought that liquid hand soap would serve as an emergency replacement for washing powder. :(

@mummyblogger Placing my laundry basket on the gas cooker when one of the flames was alight, wonders what the burning plastic smell was!

@mummyblogger the bath mat at holiday home was filthy so put in machine with washing up liquid. Cue lots of overflowing bubbles at checkout.

@mummyblogger I once accidentally put a wet nappy in with the washing instead of the bin! It came out huge!!! #LightenTheLoad

@mummyblogger my Gma knitted newborn Little Miss’ a beautiful cashmere wool cardigan. The OH put it in the dryer. Now dolly wears it… 😥

So there you have it, I’m not alone in my laundry incompetence. I can safely say I’ve never tried to boil wash a potato.

What have been your worst laundry catastrophes? Please do tell! If you fancy it, you can share them with me, @mummyblogger, and @EcoverUK. Use the hashtag #LightenTheLoad.

Don’t forget – You have until April 2nd to enter my Ecover competition to win your laundry done for a week, plus goodies from Ecover – all designed to try to help take the stress out of your laundry. Good luck! 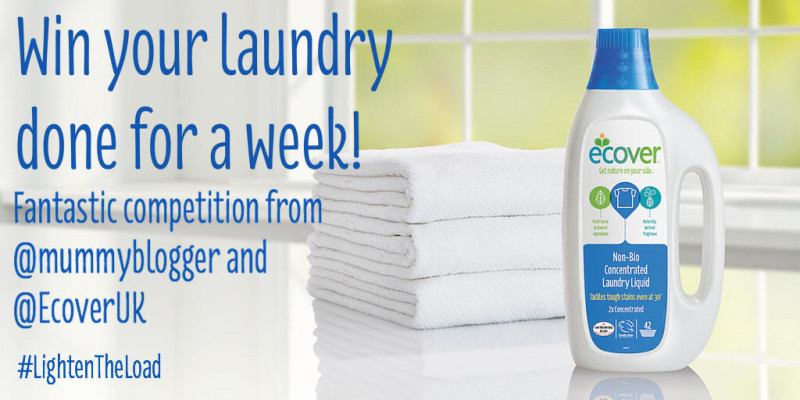