Okay, I’m going to tell you an embarrassing personal story. Not many people know this, and I’m only telling you now to illustrate how important it is to look after your pelvic floor. This is selfless public humiliation at its best.

So, picture the scene…

About two weeks ago I gave birth to the lovely Bee. I’m sat on my bed, Bee is lying next to me. A couple of friends from college have come round to have a look at her. (I’m still friends with them now. They will know who they are, but they don’t think they know that this is what happened, so let’s hope they can still look me in the eye next time we meet.)

I decide I need to change Bee’s nappy, so I do it there on the bed. When I take off her nappy though, she decides that actually, now is the moment that she wants to wee, and so she does, in a huge arc, all over me.

We all laugh. A lot. I mean genuinely a lot. I’m laughing really hard – so hard in fact that my recently battered vaginal area can’t quite keep up, and without being able to help it, suddenly Bee is not the only one who has done a wee on the bed.

*pause while you readjust how you feel about me*

Of course now I’m stuck. What can I do? I don’t want to say ‘Oh sorry, I appear to have just done a wee on the bed,’ so instead I have to just sit there, chatting away, until everyone is ready to leave. And then, just when you’d think it couldn’t get any more awkward, I have to then stay sat on the bed when everyone is leaving and I really should be getting up and saying goodbye. It’s looks ridiculous, but I just have to style it out.

That’s the end of the story. Except to say that for the last twenty years, I have steered clear of trampolines as much as possible. I don’t regularly wee on the floor or anything, I’m not saying that, but let’s say that three sneezes in a row feels kind of risky, and I get the feeling that another twenty years down the line could be a different story.

Enter Elvie into my life. 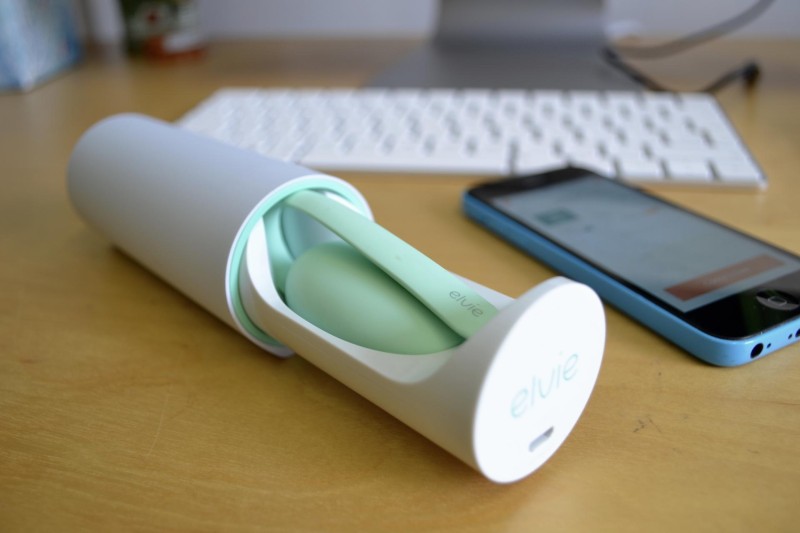 Now of course we all know that we’re meant to be doing pelvic floor exercises, but the reality is that most of us don’t. I think there are a few good reasons for this. Part of the reason is that we just forget. Occasionally you might remember, and give things a bit of a squeeze, but then you forget again for another three months, until you sneeze more than usual, and so really, it’s not very effective.

The other issue is that a lot of us don’t really know how to do pelvic floor exercises. This point was illustrated perfectly during my first attempt at using Elvie, when I found myself standing with my bottom clenched, and my legs tense, trying desperately to register some sort of squeeze on the Elvie app.

Let me talk you through how it works.

Firstly, you have the Elvie itself. It’s soft and smooth and looks hilariously like a giant sperm – whether this is intentional or not I don’t know. It comes in a discreet case, through which you charge it. Then you have the app, which you connect to the Elvie via bluetooth, and which then sets you challenges. You essentially play a mini computer game, but with your vagina.

This appeals to me on several levels. Firstly, I’m very competitive, so I do actually want to do well on the game. Second, I like that you get told exactly what to do, and how well you’ve done, so that know if you’re doing it right. And thirdly, I’m interested to see how many times I have to use the phrase ‘vagina games’ before it has an impact on my search traffic.

Here’s an idea of what to expect. First up, you need to get it in. This is a far more subtle version of the pose I mimicked once when showing Bee and her friends how to put in tampons: 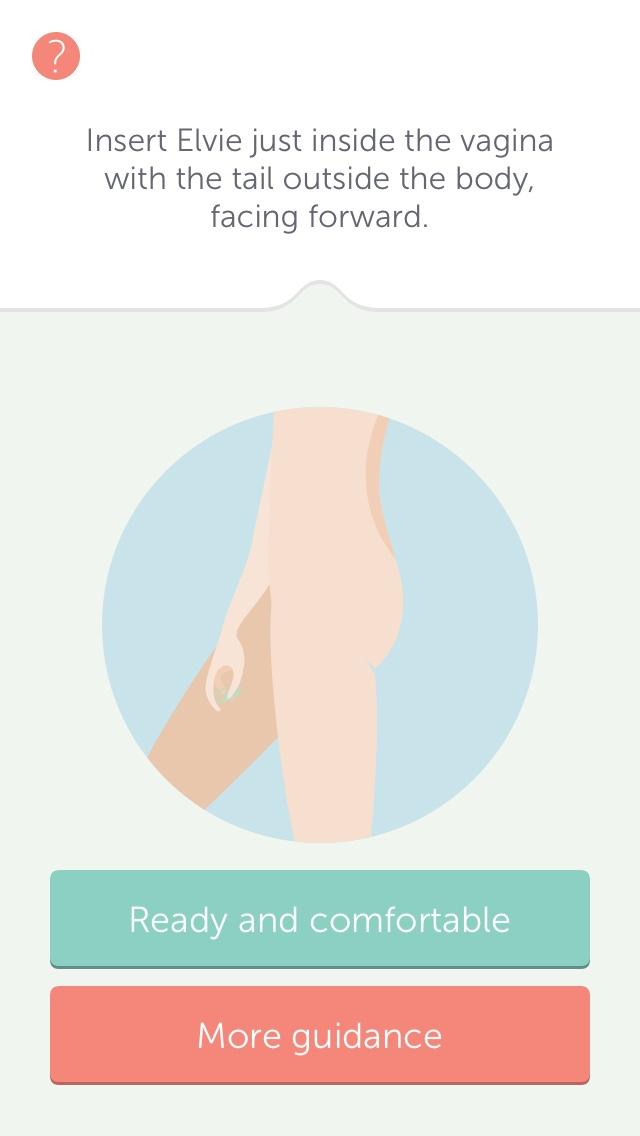 Then you’re ready to begin. You can either do it standing up or lying down and, as I soon discovered, it takes some practice to get the technique right. That’s the whole point of Elvie though – you are training yourself to do the pelvic floor exercises properly, rather than just having the occasional squeeze and then going about your business. 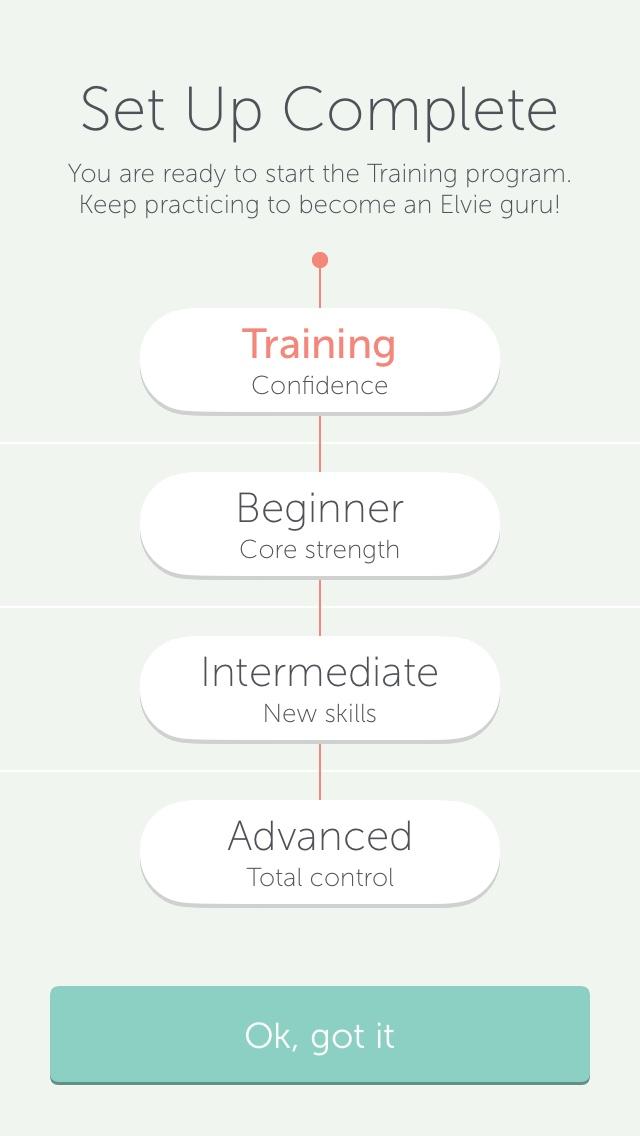 To start with, Elvie asks you to do a few squeezes to set the level you’ll be working at. I was not especially happy to receive this message when I first tried, and even less happy about how much fiancé laughed when I told him about it. Talk about disheartening. But still, proof, if any were needed after my introductory story, that I needed to persevere. 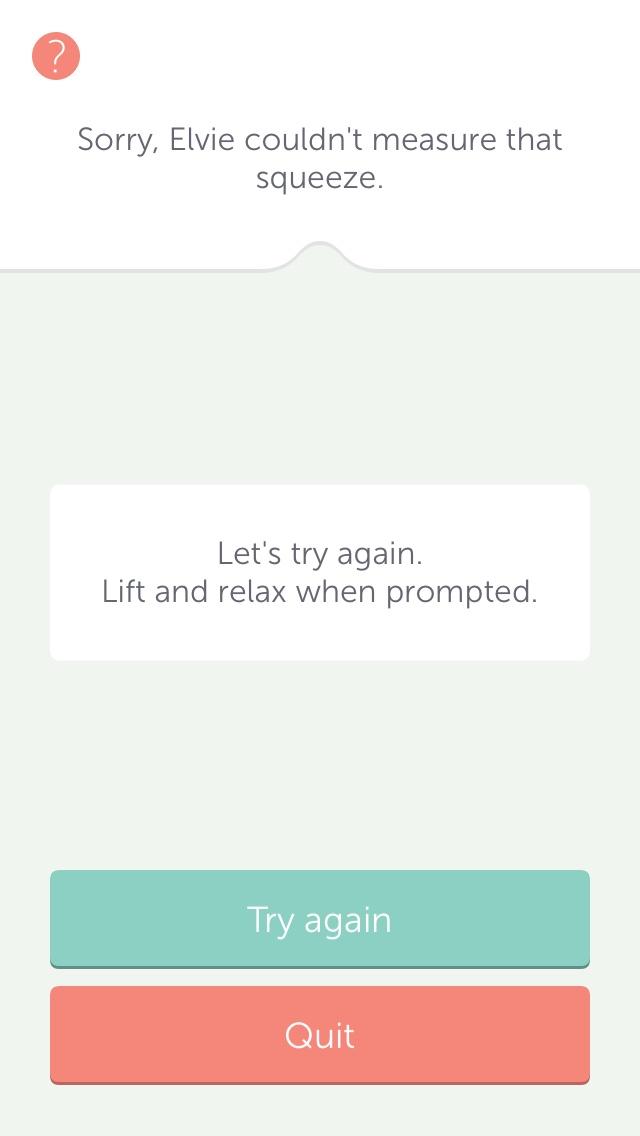 Once Elvie has decided just how feeble your pelvic floor really is, it sets you a series of short exercises to do, like squeezing to keep the marker above the line. They are really simple and only take a few minutes. You then get a summary of how well you’ve done. 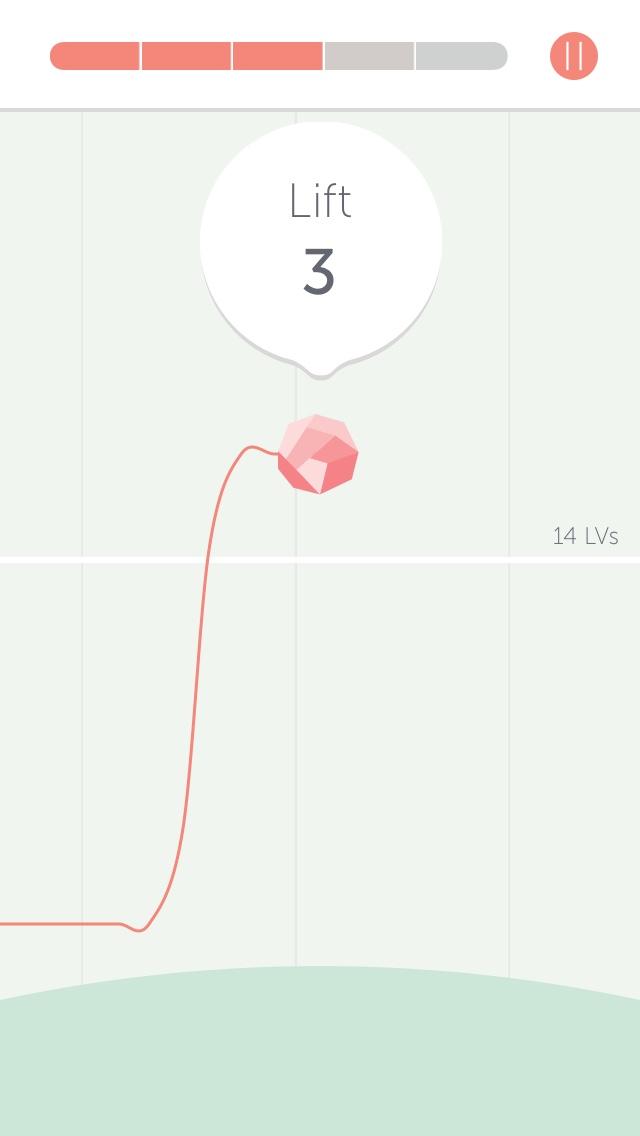 Now I’ve not been using Elvie long enough to be able to say ‘Yes! Finally! I’m able to enter the world trampolining championships!’ but come on, this is a no brainer isn’t it? We know we need to look after our pelvic floors, we know that improving this core strength can have knock on effects on our sex life, back pain, and general health, I don’t need to convince anyone do I?

If you’re interested in actually doing something about your pelvic floor, rather than just saying ‘gosh I know, I really should clench more’, then take a look at Elvie now. It’s £149, but this is an investment in you and your health.

Don’t become that woman who can’t get up in case her friends see she’s done a wee.

I was sent Elvie to trial for the purposes of this review. All opinions are my own. Have I scared you enough?