I had a bit of an early start to Christmas this year. On November 22nd I went to see a live performance of The Snowman at my local theatre, performed by its resident orchestra, Southern Sinfonia.

As a child, The Snowman was a Christmas Eve staple, although looking back, I think it was probably more just a way to kill time until going to bed and waking up again on Christmas Day. This performance was something extra special though – the film was projected in silence onto a screen, while the orchestra played along live with the action. It was absolutely beautiful. Being able to see the instruments playing in time to the film, to see how each sound was created, brought a whole new kind of magic to proceedings. I felt like I was seeing it for the first time.

I’m sure a lot of families would consider The Snowman to be a part of their Christmas traditions, but it’s always interesting to take a peek into other people’s lives at this time of the year because everyone does things so differently. Apart from The Snowman then, what rituals make Christmas for me?

Here are four I wouldn’t do without:

This sounds rather counterintuitive given the weather at this time of the year, but I love the crispness of winter. There is something about being outside that just makes you feel so much more alive, and I love nothing better than going for a walk on a cold day, with the sky blue above me, my breath steaming from my mouth. I prefer a short walk obviously, followed ideally by a nice cup of tea and a piece of cake, which is why I’m a member of the National Trust. With the National Trust you know that just about wherever you go you’re guaranteed beautiful scenery, and a nice cafe at the end of it.

My favourite local National Trust sites are probably Tyntesfield and Montacute House. We used to visit Montacute House a lot when I was a child and I have very fond memories of the long gallery on the upper floor. One of the great things about Montacute is that the house is open at weekends all through December, even on Boxing Day. 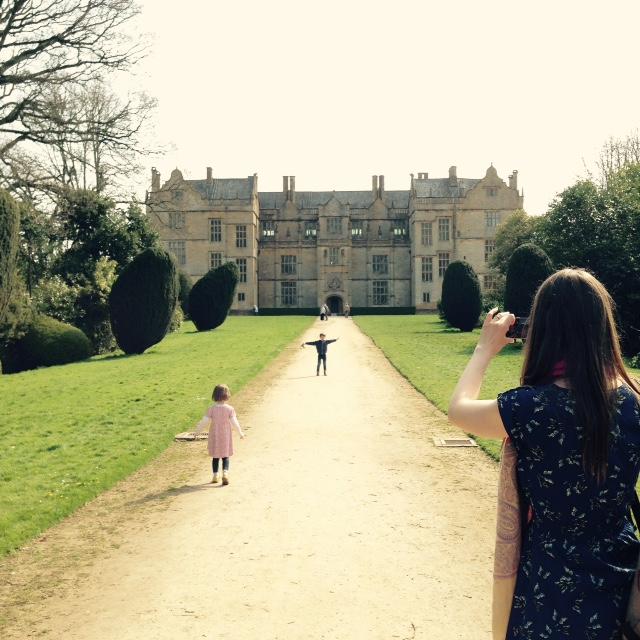 I love Christmas food. In fact, I love it so much that I can’t wait to get started and on November 1st this year I had mince pies for breakfast. (True fact.) Christmas for me is very much about the build up, and by afternoon on the big day I’m ready to pack everything up and get started with January, so I need to start as early as possible to make the most of it. Don’t

tell anyone, but when I went to John Lewis with a chum recently for some Christmas shopping, we had the Christmas dinner in the restaurant. We actually had it at 11.25am, which definitely is starting early, but I hadn’t had breakfast, so really I think it’s totally fine.

My favourite Christmas foods are Bendicks mints, the strawberry creams from Roses, marzipan fruits and Turkish delight – all the food you only ever eat at Christmas. Our key tradition around food is the family trip to Marks & Spencer, where I let the girls put whatever they want in the trolley for a limited time only. 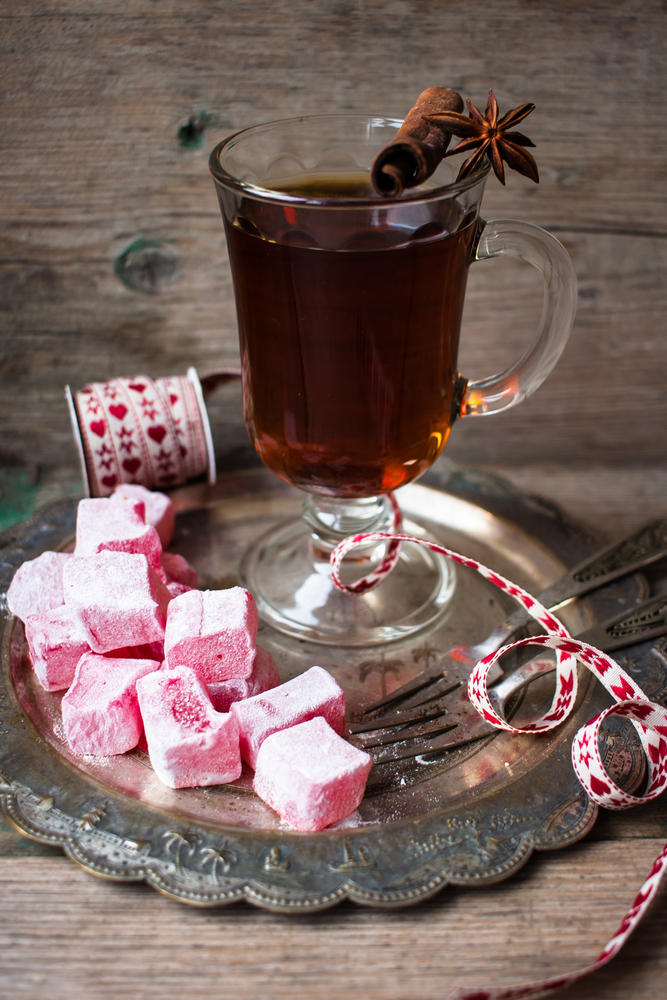 Normally the Christmas season is kicked off for me not by a performance of The Snowman, but by our annual trip to the Rural Living Show – a Christmas show held at the end of November in a school near me. It’s awash with home made gifts, things whittled out of wood, cubes of cheese to nibble and chocolate fountains. It’s pretty ace.

Now I have to confess that I don’t normally buy a lot at Christmas fairs, I just love the atmosphere – carols playing quietly in the background, the smell of mulled wine in the air – and it’s even better of course if there’s a casual grotto tucked away in a quiet corner. I try to go to as many as I can to soak up my full quota of Christmas spirit. (And by Christmas spirit I obviously mean mulled wine.)

If you’re a sucker for Christmas fairs, the National Trust have a full list here of what’s going on in the south west. Montacute House has a craft and farmers’ market on December 19th, so score for me. 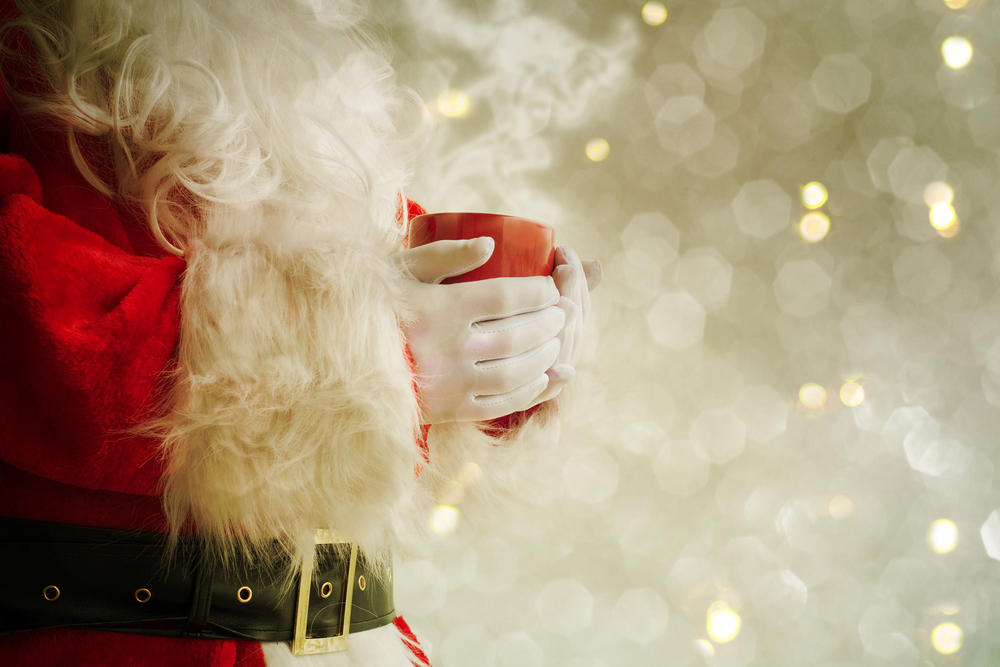 Yeah, yeah, I know, Christmas isn’t just about the gifts, but come on, it is really isn’t it? Otherwise how is it different from just going to your Mum’s for a really big Sunday lunch? Buying and wrapping presents is my favourite bit. I start early – normally January – and pick up bits and bobs throughout the year. Around this time I have a stock take, and discover that all I have actually done is buy Bee and Belle about 47 presents each, with nothing for anyone else. Oops.

Last year my friend Kathie introduced me to the idea of a ‘wrapping theme’ and it absolutely BLEW MY MIND. I love wrapping, but in the past it had always just been with whatever wrapping paper I had left over from the year before/bought in the January sales and then discovered again under the bed in December. A theme was something I had never even thought about, but now I am all over it.

Kathie’s theme last year, which I will definitely casually copy in a couple of year’s time, was ‘old fashioned parcels’. The beauty of this is that you only need cheap brown parcel paper – the theme is brought to life in the detail. 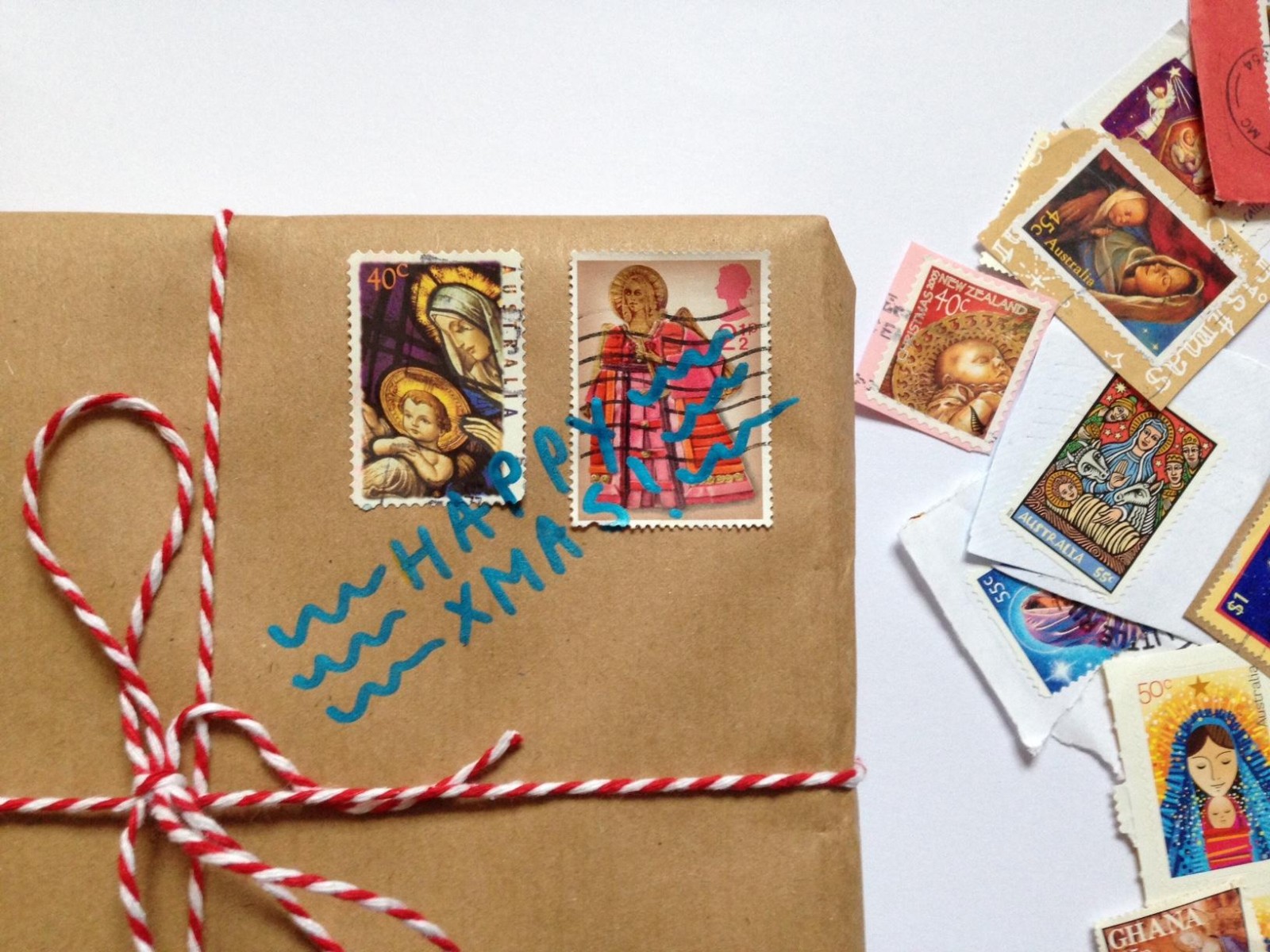 Photos credits – Guschenkova and Tina Bour from shutterstock. Produced in partnership with the National Trust.