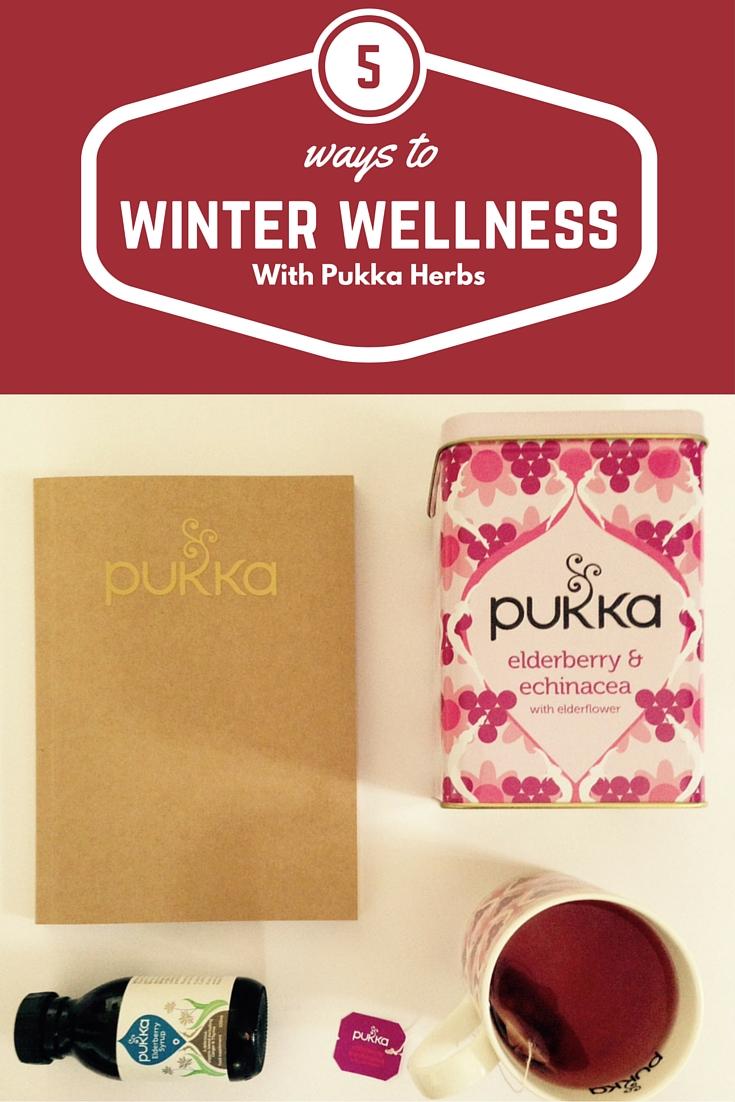 I blame my fiancé for the weather at the moment. Throughout the beginning of November, when the weather was lovely and mild, he kept complaining about wanting it to be colder. And now look! Sure, it’s probably not actually his fault, unless he is a lot more powerful than I ever suspected, but he’s certainly got his wish. Yesterday my car beeped at me for the first time in the season, to let me know that the temperature had dropped to four degrees.

It’s not that I don’t like the cold weather – I love nothing more than a crisp winter day and a bright blue sky – it’s just that I’m not so keen on the stuff that goes with it, the dry skin from too much central heating, the coughs and colds and the general sluggishness that comes with spending too much time inside eating stew.

Fortunately, it doesn’t have to be that way. Sebastian Pole is Pukka Herbs‘ co-founder and master herb smith. He came up with five tips for me to help us stay well this winter. Stick to these and, like us, you’ll hopefully feel a lot perkier. We’ve certainly yet to be struck down by any winter bugs.

Get plenty of rest

I put this one first as it’s my favourite. Bed is definitely in my top three places of all time to be, especially in the winter. I find it really easy to overheat at night, so I never have the central heating on in my bedroom and normally have a window open too, even in the middle of winter. I love the feeling of getting into a cold bed and feeling it warm up around you, and then having to stay snuggled under the duvet to keep warm.

During busy periods, like the run up to Christmas, it’s easy to let good sleep habits slip, but it’s more important than ever over the winter to give your body a proper chance to rest and rejuvenate. Fortunately, I’m pretty good at this, as I am not the kind of person who can function well on too little sleep. What I have found though, as it gets darker earlier and the nights get colder, is that it’s harder to resist the temptation to sneak off early to bed with back episodes of First Dates on the iPad. This does not count as an early night, and I have to be strict with myself and not let this become a habit.

Again, this is one of those things that applies all year round, but during the winter there’s the double blow of needing it more, to keep your body happy and healthy, but also not particularly wanting to be swigging back cold drinks all the time.

One way I’ve found to get over the second hurdle is to drink more herbal teas. This way you’re basically drinking water, with no added nasties like caffeine, but it’s hot too – all you really want to do in the winter is get your hands around a nice warm mug isn’t it?

To be super wholesome, have a try of Pukka’s Elderberry and Echinacea tea. 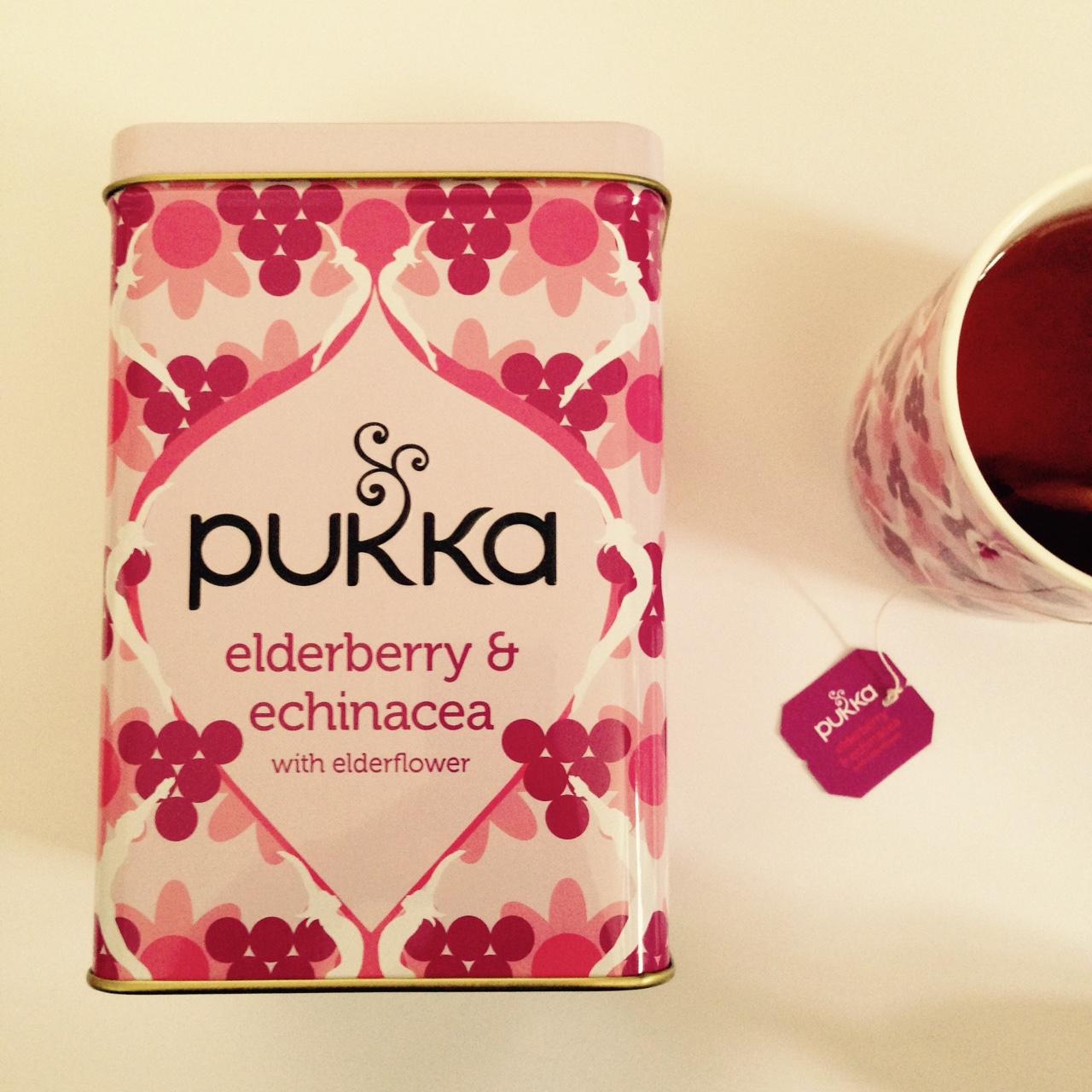 It’s all about the elderberries

They’re the new superfood don’t you know? Apparently, recent studies have shown that elderberries can neutralise 10 strains of the ‘flu virus. They’re packed with vitamin C and antioxidants and can ease symptoms like fever, fatigue, headache and sore throats.

Now, some people I know are a little sceptical about the power of herbs and berries to really make a difference, but let’s just think about this for a minute guys….

Notice a theme? The natural world plays a massive part in modern medicine as we know it. These things aren’t just magicked up from nowhere.

One easy way to make the most of the amazing properties of elderberries, is to introduce them to your daily diet through a syrup. I have to say that I was a little taken aback by the flavour of Pukka’s elderberry syrup the first time I tried it. I pictured myself as Roo from Winnie-the-Pooh, being forced to take his extract of malt medicine. However, the more I tried it, the more I liked it. It does have a pretty intense flavour, but once you are prepared for this, it actually becomes pretty tasty. 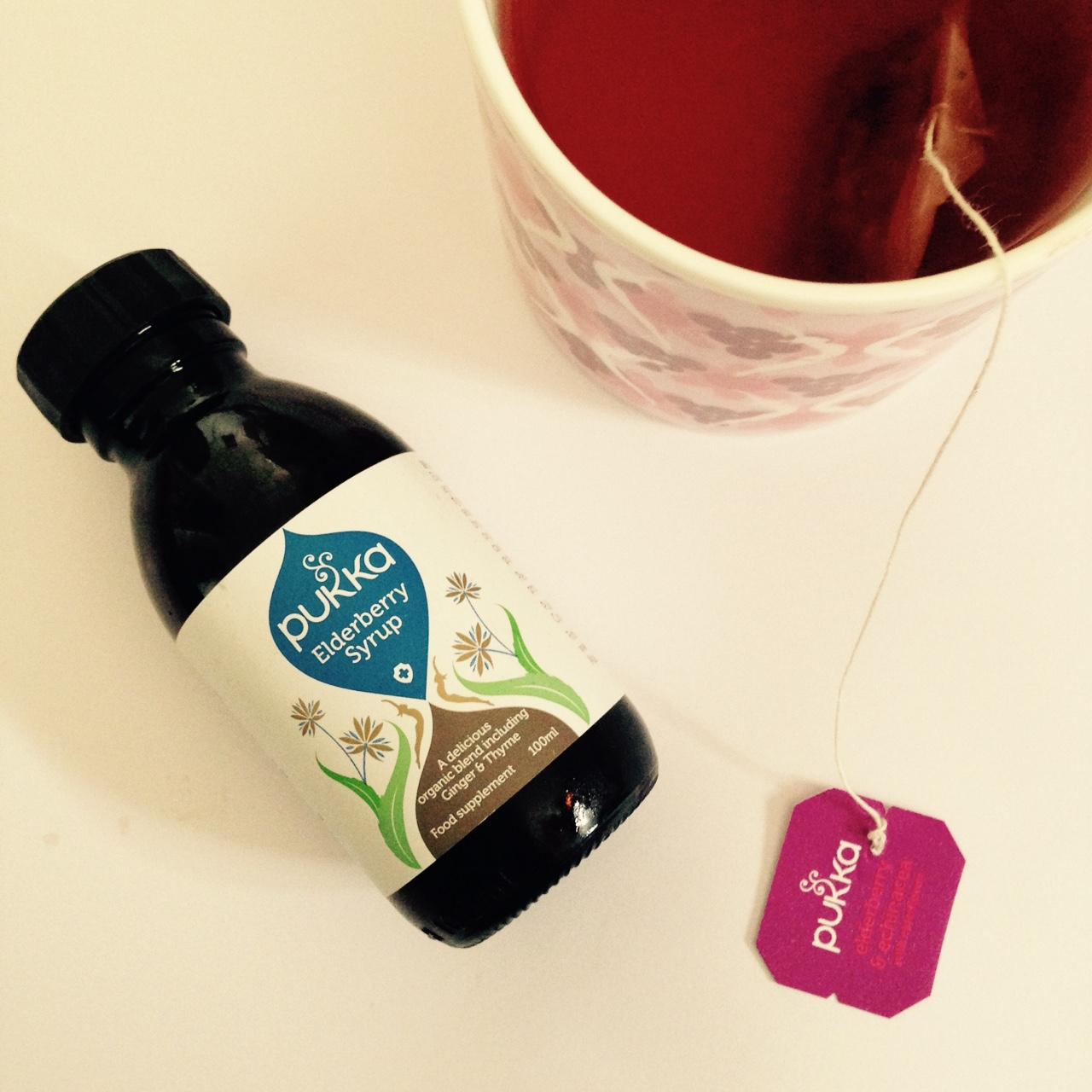 You can take a teaspoon of the syrup up to three times a day, depending on how you’re feeling, and if you’re suffering with a cold or flu, three teaspoons a day of elderberry syrup may be able to shorten the duration by half.

Even better, with every bottle of elderberry syrup you buy during November and December, you’ll get a box of elderberry and echinacea tea absolutely free!

I expect you can guess why I’ve left this one until number four can’t you? It certainly doesn’t come as naturally to me as the ‘get plenty of rest’ requirement. However, during the winter it’s more important than ever to keep exercising so that you build up your army of antioxidants, helping you to fight winter viruses.

Now I may not be a gym bunny, but I have tried to keep myself going with regular walks. I like the idea of exercising outside in winter, even though it’s cold, as you’re benefiting from the fresh air too, rather than being shut up in a gym. As a base layer of exercise, I walk to and from work every day. It’s only about 20 minutes in each direction, but it’s a great way to start the day. I’ve also been trying to add in some additional walks in the late afternoon and evening, which has been a nice way to spend time with my fiancé and enjoy the leaves changing colour. Yesterday I even managed to drag Belle on a proper long walk up at Great Wood on the Quantocks, wrapped up in scarves, gloves and woolly hats. (I wore my hat that looks like a Christmas pudding, as a festive treat for everyone.)

We went with my Dad and his wife, to celebrate his birthday, and although Belle spent about the first half hour kicking leaves around in disgust, telling us all how much she hated walking, she did perk up part way in and at times actually seemed to enjoy herself. We walked for about 5 miles, which took us about two and a half hours, including a short home made cake break, but it really didn’t feel like it was that long at all because of the lovely company. In fact, when we got back to the car, I was over 30 minutes out guessing the time, which is practically unheard of for me.

Come eight o’clock last night, I was absolutely exhausted, but in that lovely way where you feel you deserve to be tired, rather than just because you’ve fudged about all day.

Not like that. I’m talking about winter aches and pains. Sebastian suggests a little warm organic oil to help ease aching joints and things like frozen shoulder, which are common during the winter. This is definitely one I’m going to be doing today after yesterday’s walk…

What are your top tips for keeping winter bugs at bay? 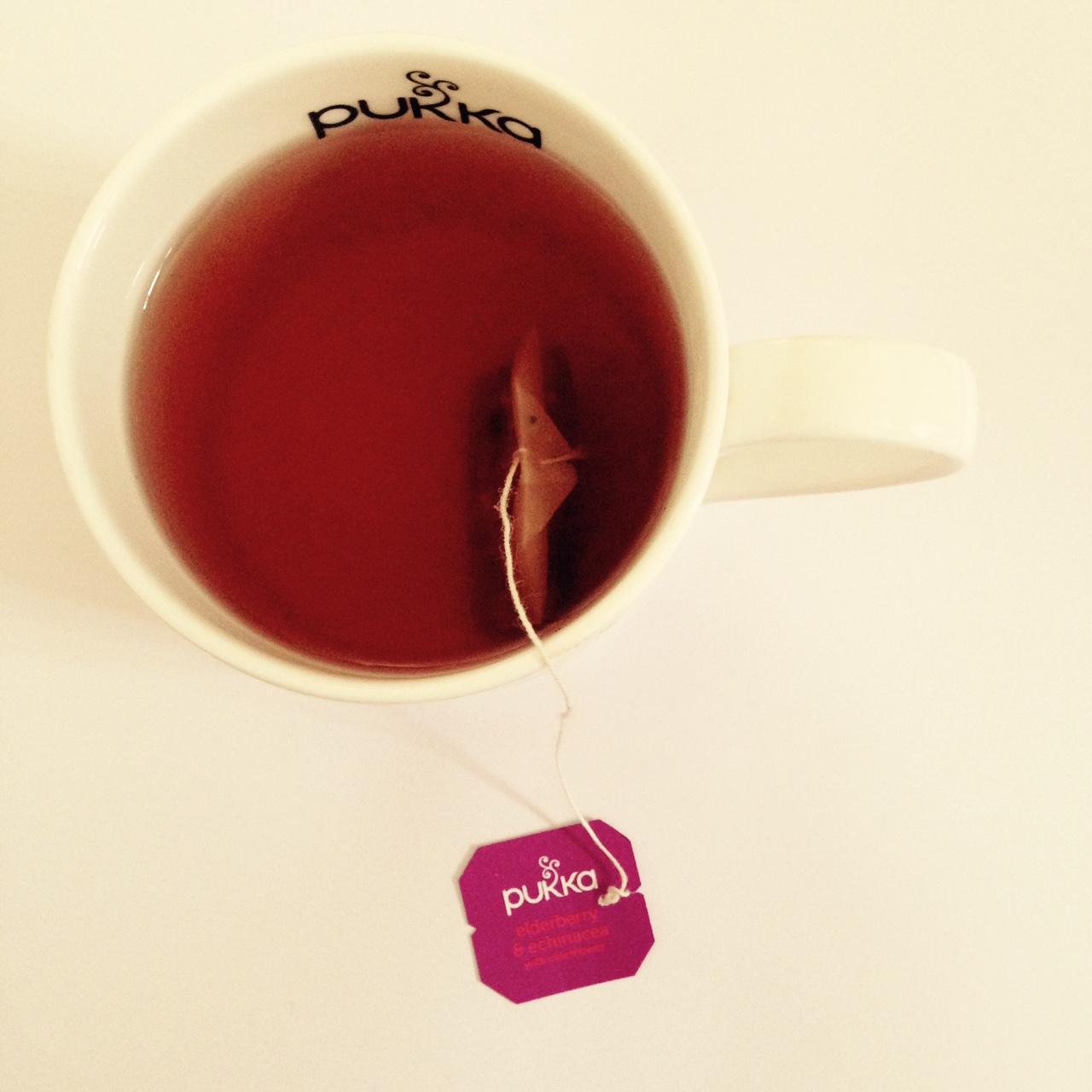 Produced in association with Pukka Herbs.