When I was a teenager, I remember waking up every morning and feeling starving. By 7.15am I would be in the kitchen already, with a bowl piled high with cereal, pasta or noodles. It was a proper carb craving – a need to fill my tummy with as much stodge as possible.

I reflect fondly, and attribute it to a growth spurt, but I suspect I was just a greedy guts. (I was a fairly podgy pre-teen.)

Nowadays though, it’s a different story. When I wake up, the idea of food quite turns my stomach. It makes me feel like one of those old people who fusses about, refusing to eat anything other than a couple of ginger biscuits mid-morning but for at least an hour, usually two, I just don’t fancy eating at all. Fine, you might think, don’t eat, but this is actually quite inconvenient.

Think about it – where are you two hours after you get up if you’re a busy, professional working girl type like me? Chances are you’re not handily placed next to your fridge any more. Normally at the point at which I get hungry, I’m at my desk, in the car, in a meeting or on a train, none of which are the optimal locations for making toast.

What normally happens then is that I spend unnecessary money on unsuitable snacks, or, when I’m feeling poor, I eat handfuls of dry cereal from the box I keep under my desk. That doesn’t do much for my self-esteem to be honest. It makes me feel like a bit of a tramp.

But wait! What’s that breakfasty apparition on the horizon? It’s Up & Go, Australia’s number one breakfast, and it’s landed in the UK!

I tried to make my carton of Up & Go a little super hero cape but fear it looks more like a bad nativity costume.

Up & Go is breakfast on the go, designed to save you time in the mornings without compromising on nutrition. Every carton contains as much fibre, protein and calcium as your average bowl of cereal and milk, so it’s basically a bowl of cereal in a box. Brilliant for me, as I once did actually try to take a bowl of cereal with milk on a train, in a tub, and it wasn’t very nice/easy to eat.

It’s ideal for busy parents on school mornings, or for when you need to grab something in a hurry, but for me it’s all about the portability. Being able to pop a carton in my bag, knowing I can drink it later in the morning when I get hungry, is fantastic. Not only does it mean I have a more nutritionally balanced breakfast, but it means I can drink it when I want, where I want, which is exactly what I’ve been doing this week. 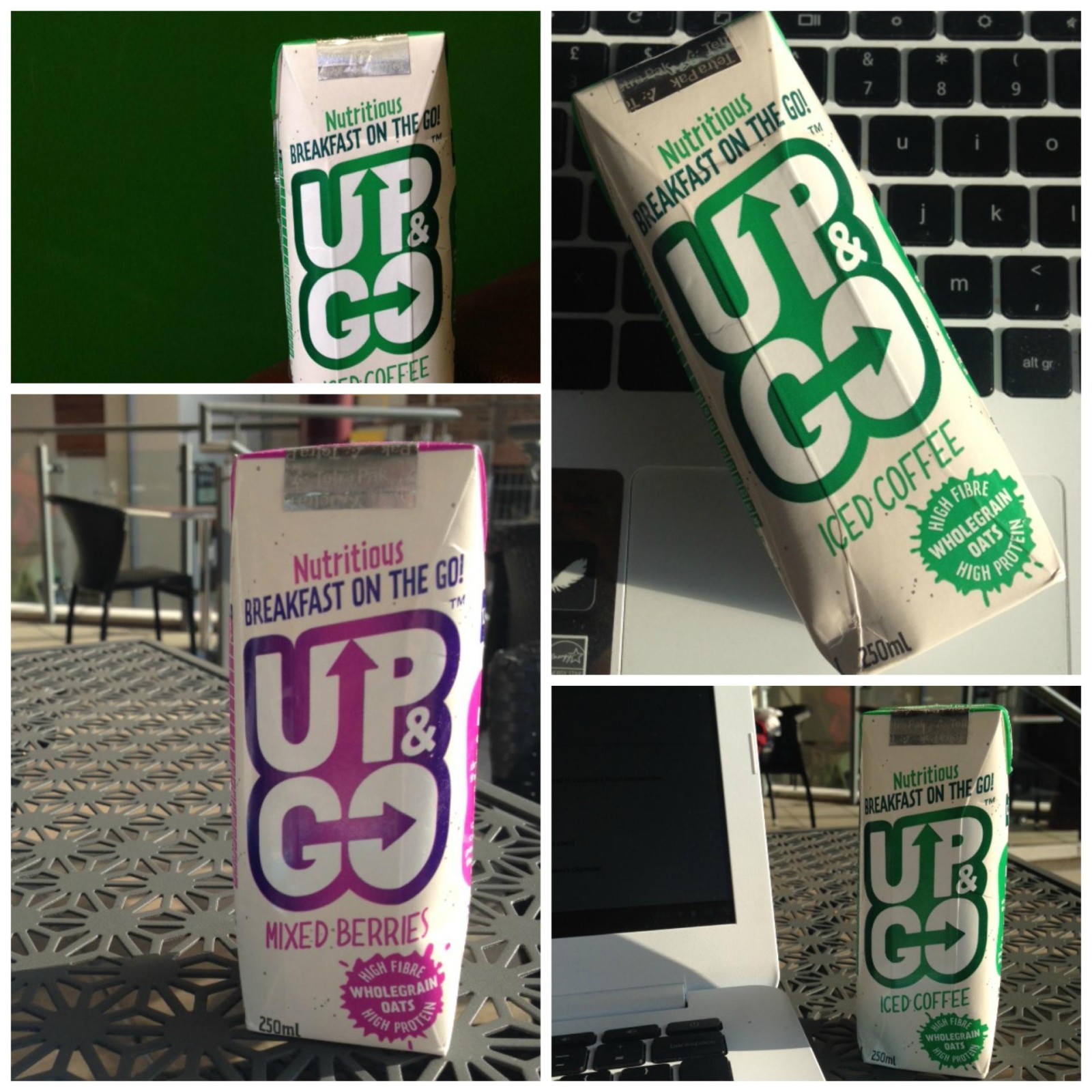 The other boon of course is that it’s perfect to give to Belle when I’ve not quite got round to buying things for breakfast (*cough*) or we’re in a little bit of a rush. Which is often.

I don’t know why she pulls a face when I suggest, for the fifth morning in a row, when she complains yet again about the lack of breakfast options, that she whip up a bowl of porridge, but pull a face she does.

There’s something about the idea of it being in a carton that definitely appeals to her too. It’s like I’ve suggested she have a milkshake for breakfast. Little does she know that it actually has nutritional value.

We’ve both really enjoyed our Up & Go breakfasts; I’ve found that a cheeky carton at around 10am is ideal to tide me over until lunchtime and Belle no longer scowls at me like I’m scum of the earth everyday at 8am.

As you can see from their ad, they don’t take themselves too seriously either, and I really like the branding:

Up & Go comes in six delicious flavours; chocolate, strawberry, vanilla, banana & honey, mixed berry and coffee. Predictably the chocolate and the coffee are my favourite, but they are all very tasty. It’s available in nearly all of the major supermarkets – look for it in the cereal aisle.

Do you struggle to find time for breakfast? 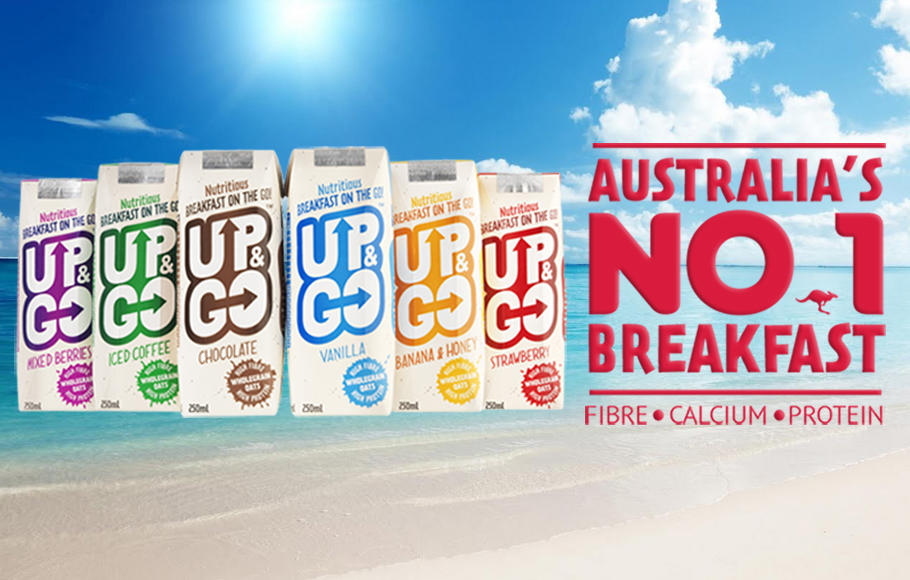