I’ve never been one to rush into a trend.

I didn’t get my first pair of skinny jeans until 2014 and my apparent lack of awareness when it comes to fashion and general trends – what’s cool and not cool – didn’t especially work in my favour when it came to making friends at school.

A little while ago I was chatting to Bee and dreaming about a holiday. “What I’d really love,” I said, imagining I was the first person ever to have thought of it, “is some sort of really relaxing, warm holiday where I just had to lie down and have someone bring me cocktails. There’d be the sound of running water – maybe it’s a beach?”

In similar ‘behind the times’ style, I have just starting colouring. In my defence I’ve always been keen on a bit of felt tip pen fun, (another reason I was a bit of a loner in my teens), but it’s not really something I’ve ever done as an adult. Over the last year or so though it’s been hard to move in WHSmiths without tripping over a rack full of adult colouring books.

Before you click away, nervous about what Karma Sutra colouring examples might be coming up, adult colouring is just patterns and pictures with a little more complexity than Thomas the Tank Engine or simplified characters from Frozen. Think intricate floral spirals and swirling mandalas.

I was inspired by the arrival in the post of some goodies from Faber-Castell, and indulged in a spot of colouring in or our holiday in Ireland. There was something wonderfully relaxing about lying out on the grass on my stomach, the sun warm on the back of my legs, the sound of the felt tip pen swoosh-swooshing gently back and forth across the page. 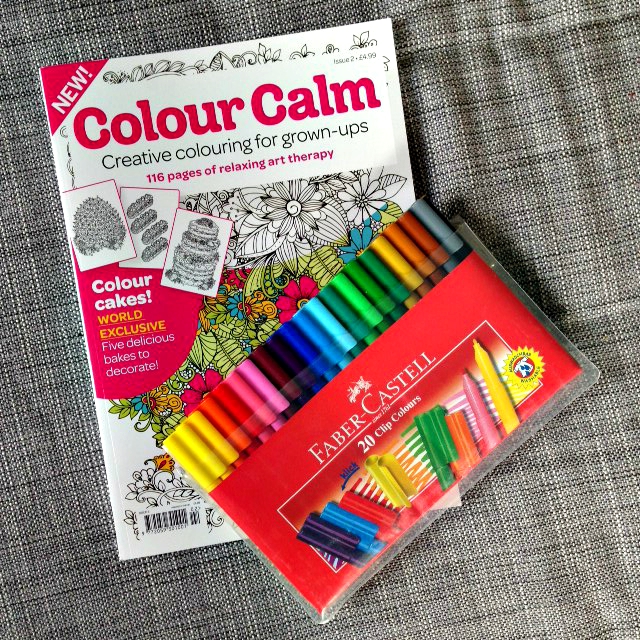 These are not just felt tip pens though. These are clip colours – felt tip pens where the lids click together to make patterns. It’s almost as much fun as the colouring. 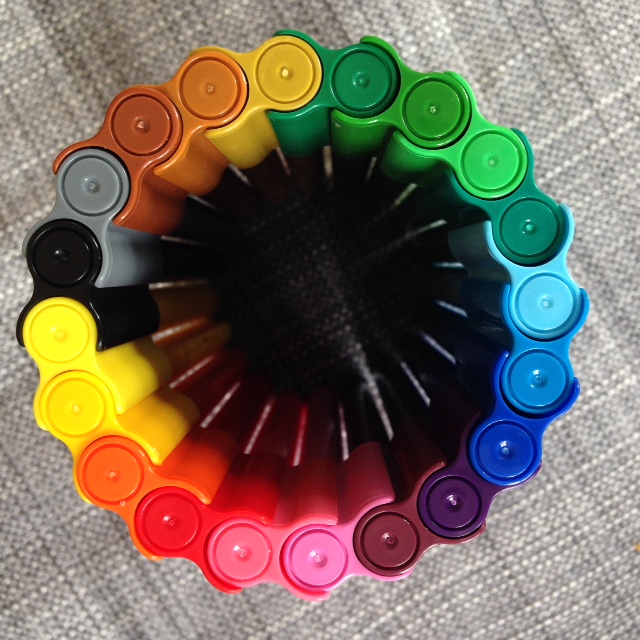 All I have to remember now is to spend as much time on the actual colouring as on reorganising my pens.

Are you a colouring book fan? Do you find it therapeutic?