I was sent an HTC One M9 recently from EE. I’ve been having a play around with it, so I can let you know what I think of it. 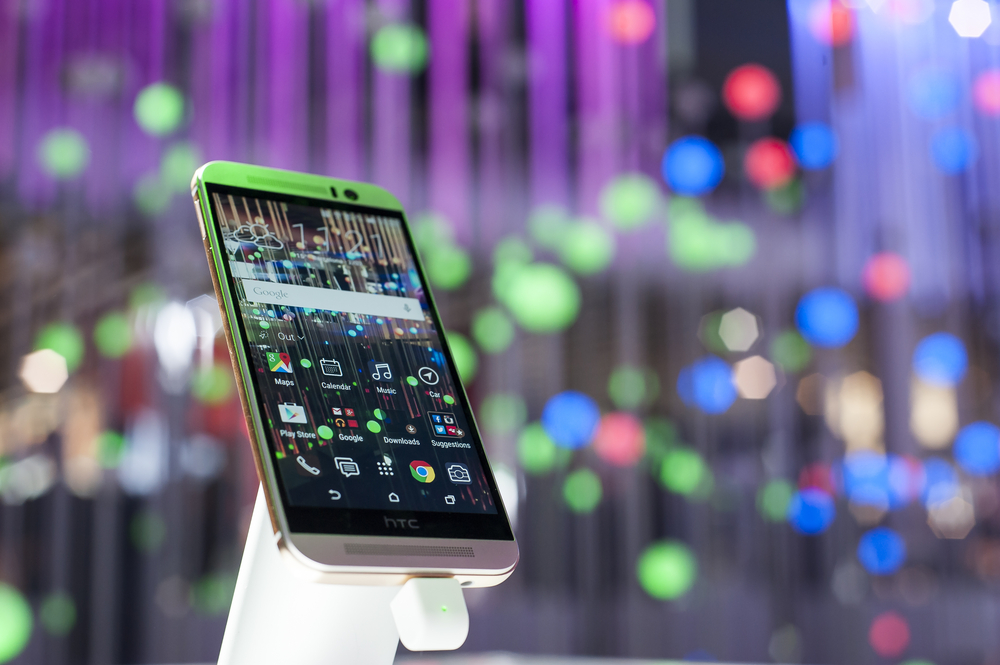 First though, let’s give this review a bit of context.

Douglas Adams said something about technology that is so true; it goes like this…

“I’ve come up with a set of rules that describe our reactions to technologies:

Now I’m 37 though, new technology scares me. I find myself stabbing at unfamiliar remote controls like my grandparents used to do trying to send a text message, and the idea of any sort of technological change is terrifying. I’ve been thinking for a while for example of getting a new laptop, or a desktop, but the idea of having to agree to have some goon from PC World come and set it up for me, because I’m not sure how, is too terrifying.

What I’m trying to get at is that I don’t know much about technology. I can tell you about the basic features of the HTC One M9, but I’m not going to be getting all hi-tech on you. I can tell you that it’s pretty big, meaning the screen is really clear and good quality, but that it doesn’t fit well in my pocket, but that’s as high brow as we’re going to get. My hope is that the very fact that you’ve read this far means we’re on a similar wavelength.

With the HTC One M9 at least, I felt a modicum of safety, as I had an HTC phone prior to my current one. The basics then were familiar to me, and I felt confident that I would be able to perform simple functions like returning to the home screen without having to ask my four year old niece for help.

Before we get onto the cool stuff, let’s get one negative out of the way – the HTC One M9 is not cheap. This is definitely not a phone to buy for your 12 year old unless you have money to burn. The flip side of this, one could argue, is that you get what you pay for.

It has a really good amount of storage, especially compared to my pathetic 8GB phone. The HTC One M9 has a 32GB internal memory and up to 128GB of external memory. With the HTC One M9 I’d never have to delete an Archers podcast to make room to take a photo.

The screen is full HD, and this, combined with the size of the phone, means I’d probably get a better experience watching a film on the HTC One M9 than on my massive but ancient TV.

The screen and the camera are made from something called sapphire glass, which apparently means it’s tricky to scratch. The front facing camera is really good too, meaning you can take good selfies for Instagram. This is something that a lot of phones struggle with, especially in low light. (Because I am always in da club and what not, taking moody shots of myself.)

The sound on the HTC One M9 is awesome – the front facing speakers, combined with Dolby surround sound, make it a great option for music lovers.

It looks awesome. Especially in gold. You definitely feel like a grown up carrying this phone.

(I mean, I am a grown up obviously, I don’t need accessories to make me feel like one. OK, so perhaps it doesn’t hurt, just to add some gravitas.)

EE offer an exclusive on the very funky gold design, and they have the fastest 4G network in the UK. For more inspiration, take a look at this video:

Photo credit – Ivan Garcia / Shutterstock.com. I was sent the HTC One M9 from EE for the purposes of this review.