It’s Sunday morning, about 9am, and I’m lying in what may be the biggest bed in the world. If I sit forward just a tiny bit and look out of the window I can see the sea. I starfish, enjoying the space and the feel of the lovely fresh linen. I’m on my own as my boyfriend has taken Belle out with him to play a round of golf, teeing off from just next door to our apartment. One of the things on Belle’s bucket list, alongside ‘be in a car crash’,* is to drive a golf buggy.

We are staying for the weekend at The Point at Polzeath, down on the north coast of Cornwall. We are in one of their new luxury three bedroom apartments – Fitzroy – and luxury is about the right word for it. Designed as a holiday home, it’s at least twice the size of our non-holiday home and far better equipped – the finish is impeccable and the attention to detail superb, something that always makes a holiday so much more enjoyable. 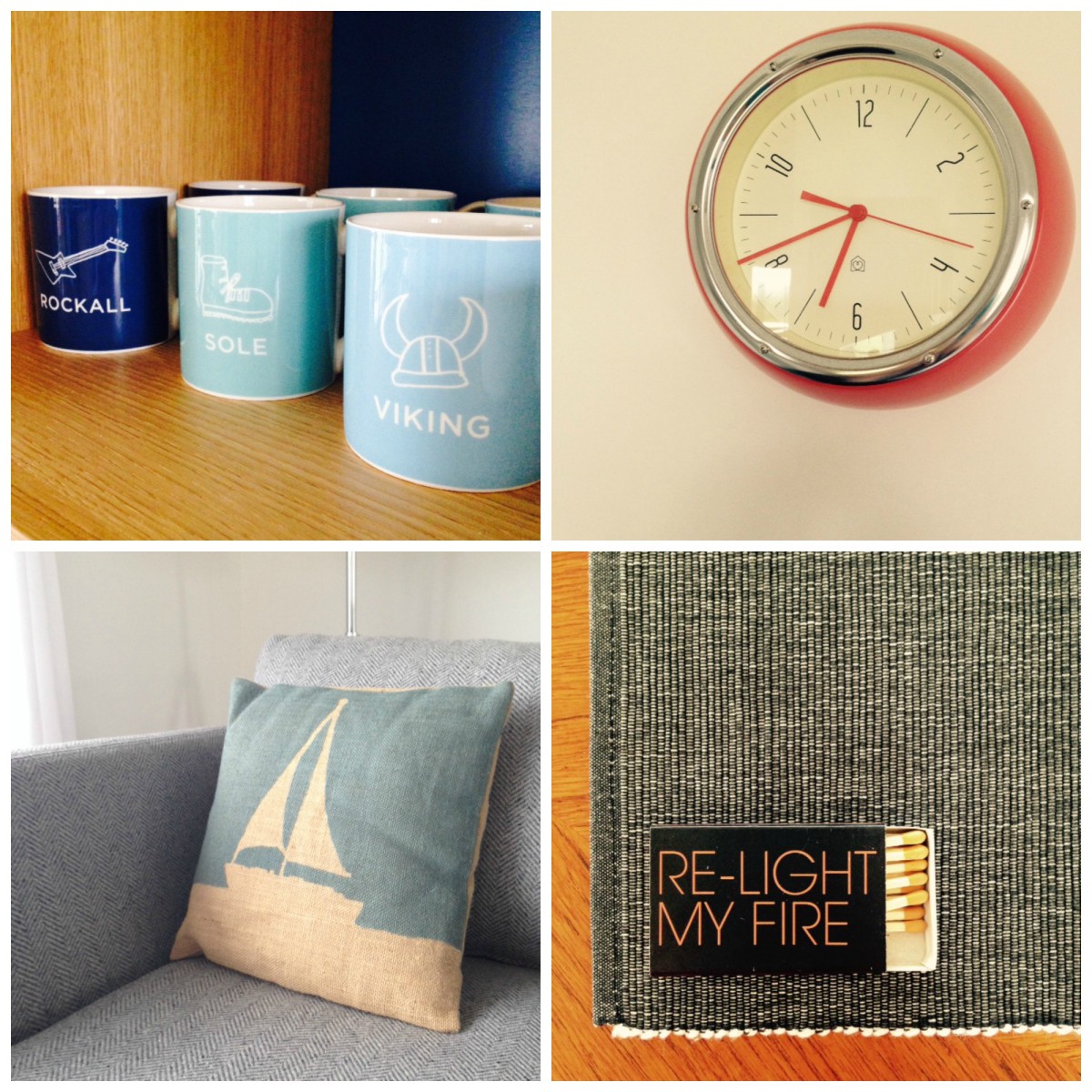 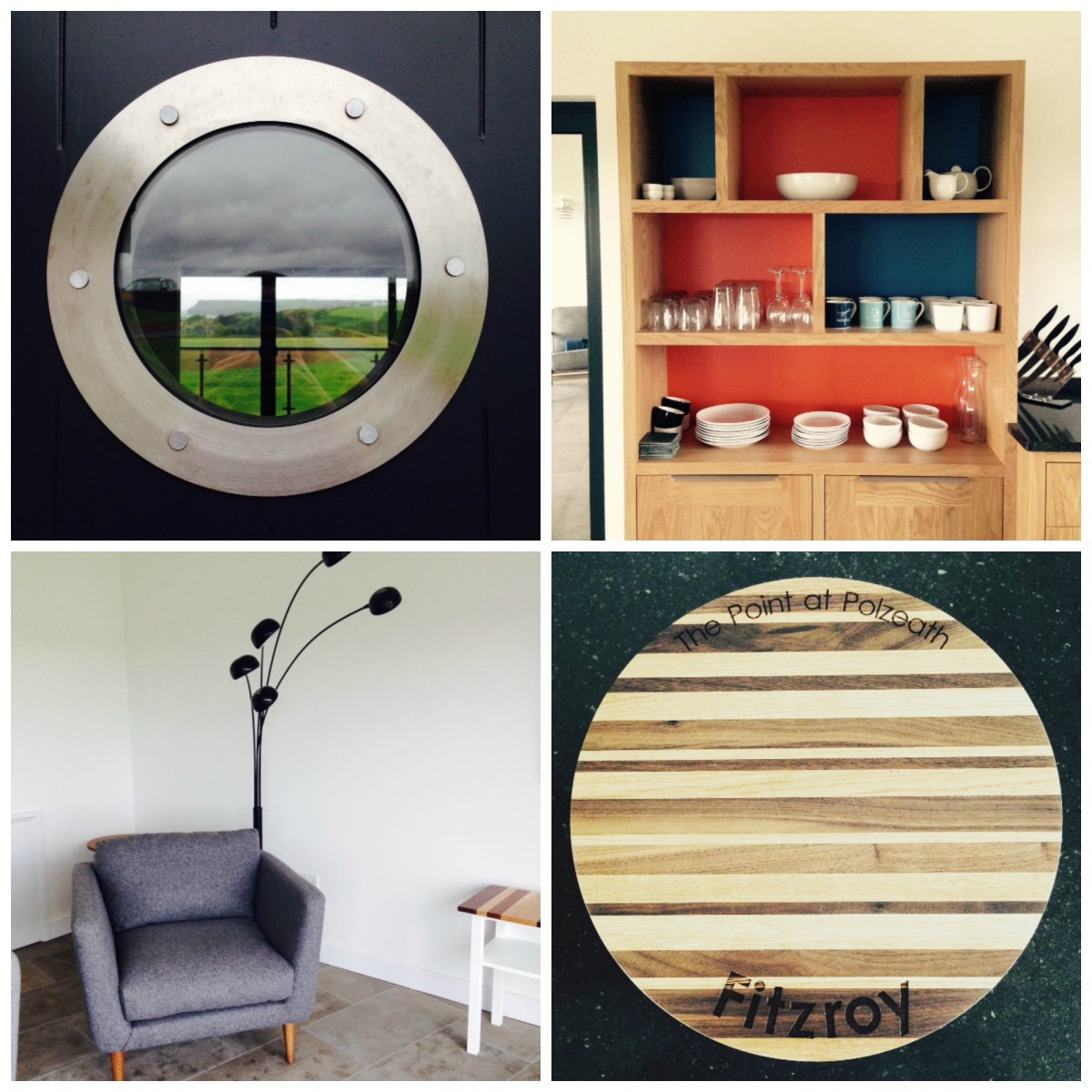 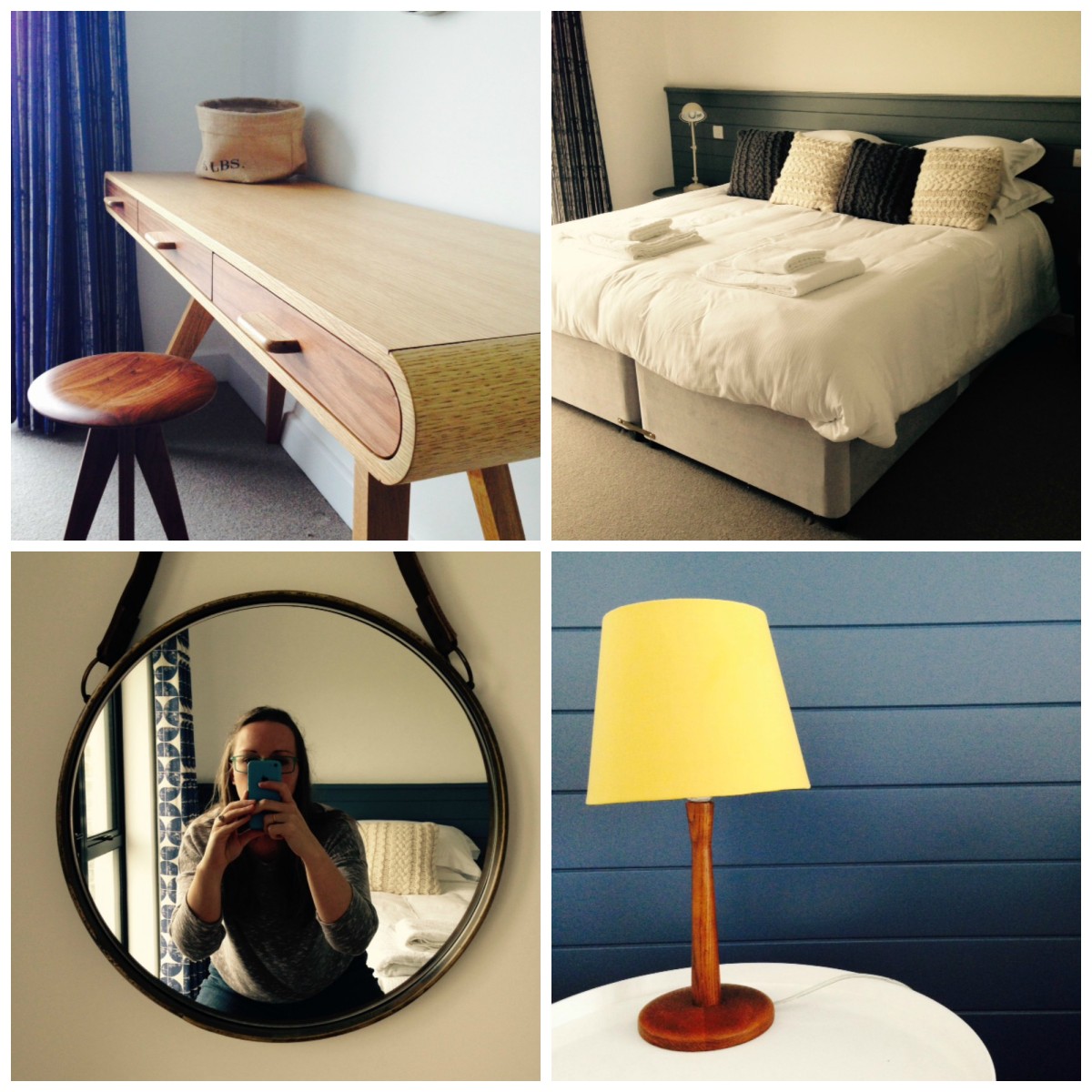 The new apartments at The Point at Polzeath were only completed very recently and have been finished to an exceptionally high standard, particularly impressive given that they only took 18 months from start to finish. The seven apartments have been built on what was the driving range, with views out from the back towards the sea. The land behind the apartments is still a little on the rustic side, but eventually it will be a wild flower meadow.

Although designed to feel luxurious, the environmental impact of the project was high on the agenda for The Point too. The apartments have sedum roofs for example, and hot water and underfloor heating is powered by ground source heat pumps. The buildings themselves blend well into the landscape with locally sourced stone walls and Kebony cladding, a sustainable alternative to tropical hardwood. I love the use of wood in buildings, and the Kebony cladding has the added benefit of being exceptionally hard-wearing, especially in the face of sea winds. 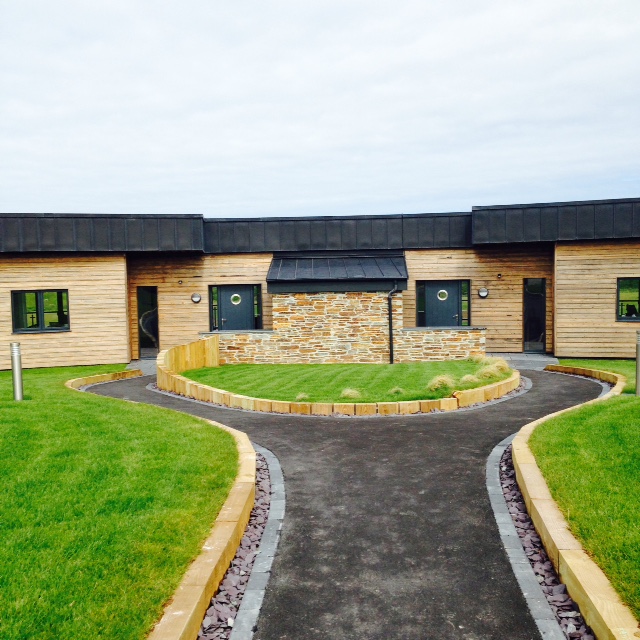 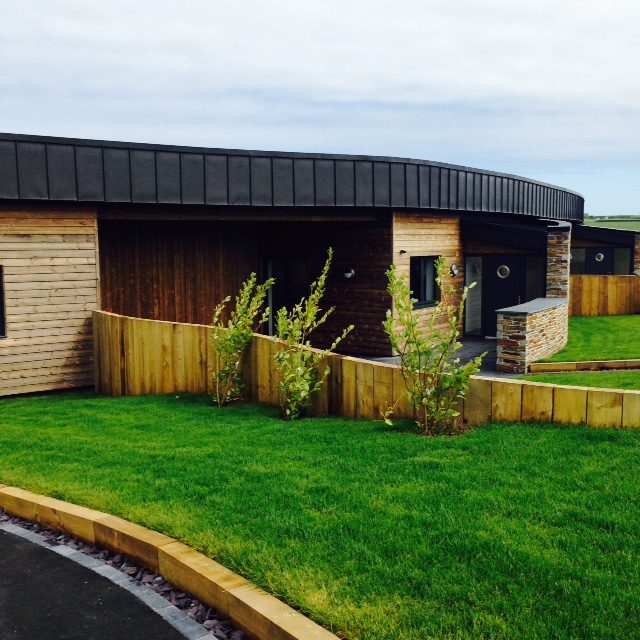 The beach at Polzeath

The sea was clearly visible from the panoramic windows that formed the back of our apartment and within a couple of minutes we were able to join a footpath that led down to Polzeath. It took us about 15 minutes to walk all the way down to the beach, and the walk was beautiful, crossing The Point’s golf course in a couple of places and then meandering through some trees and over a stream. 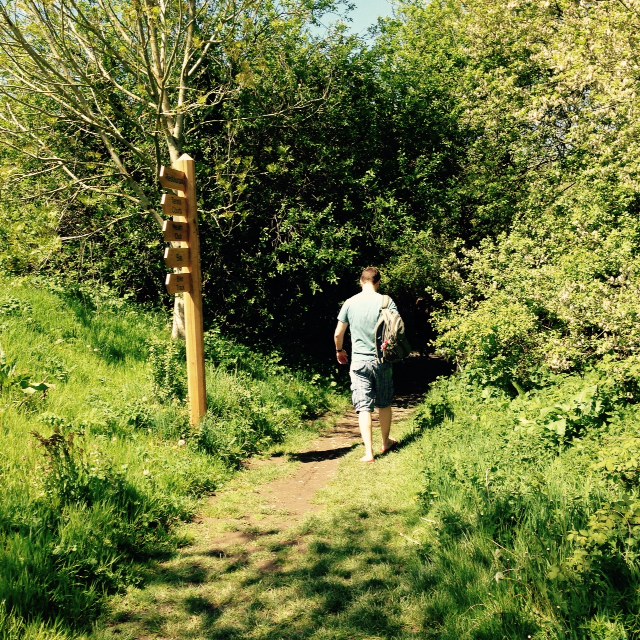 The beach was beautiful and we were incredibly lucky with the weather. I’d set out in a jumper but ended up with a sun burnt neck. To cool down we decided on ice lollies and Belle set off across the beach to check out the selection. About five minutes later, the ice cream van appeared around the curve of the cliff and parked up about 50 metres away from where we were sat. A couple of minutes later Belle followed, looking annoyed and out of breath.

She went off, clutching a five pound note in her sweaty palm, and came back, looking sheepish.

“He asked me if I wanted him to drive back to the other side of the beach so I could come and buy something,” she said. We tucked into our lollies and watched as the ice cream van drove away again, waving at Belle as he passed. 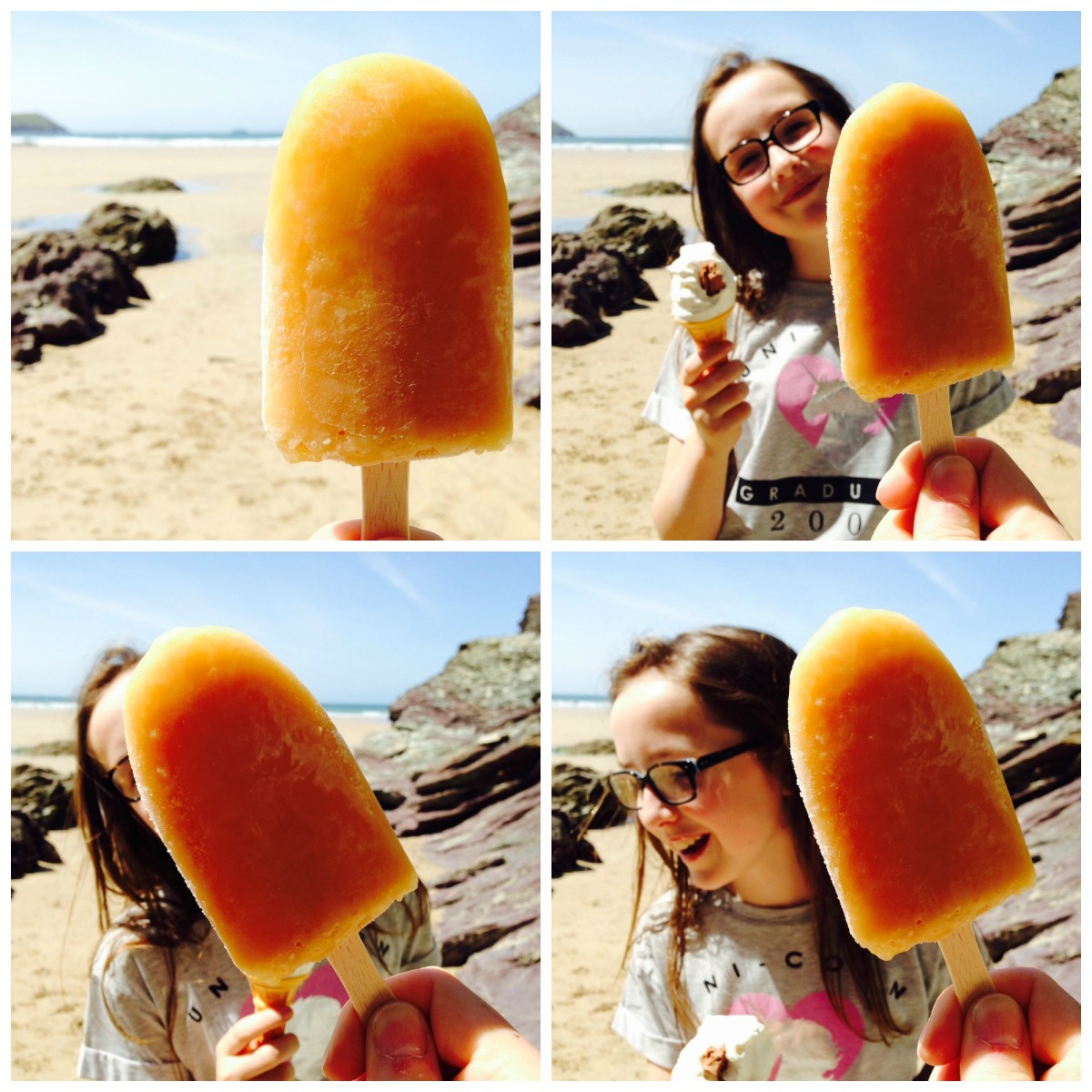 Things to do at The Point at Polzeath

Aside from the lovely afternoon spent at the beach and the early morning round of golf, there was plenty to keep us busy. Belle really enjoyed swimming and I had a very relaxing time alternating between the sauna and the jacuzzi while she and my boyfriend played an energetic game of swimming pool catch. We also put the tennis courts to the test, where I pretended to be absolutely hopeless, taking wild swings at balls and missing, just so as to be sure not to show anyone else up.

We would have liked a little shop perhaps, or at least somewhere to buy a pint of milk or loaf of bread, but there is a restaurant and bar on site and self-catering pros will go well equipped anyway. On Friday night we cooked for ourselves, (and finished off my birthday gin), and on Saturday we went into Port Issac for dinner before heading back for games. The kitchen in the apartment was very well equipped and I was the very first person to ever use the potato peeler. (Fun fact.) 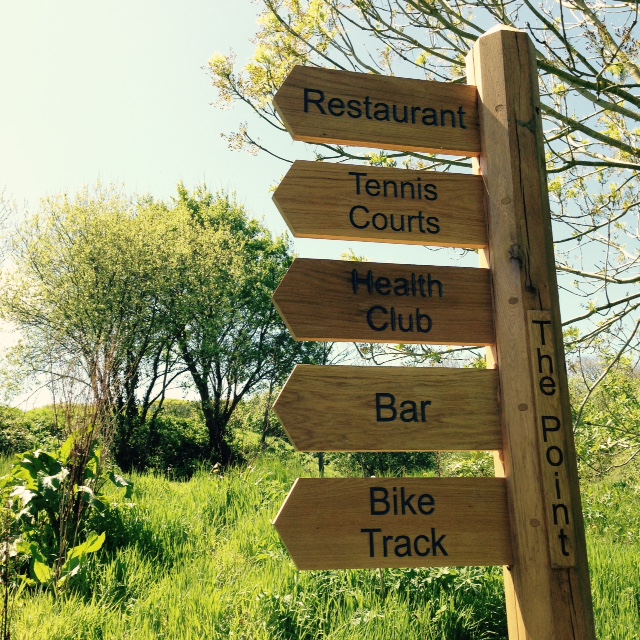 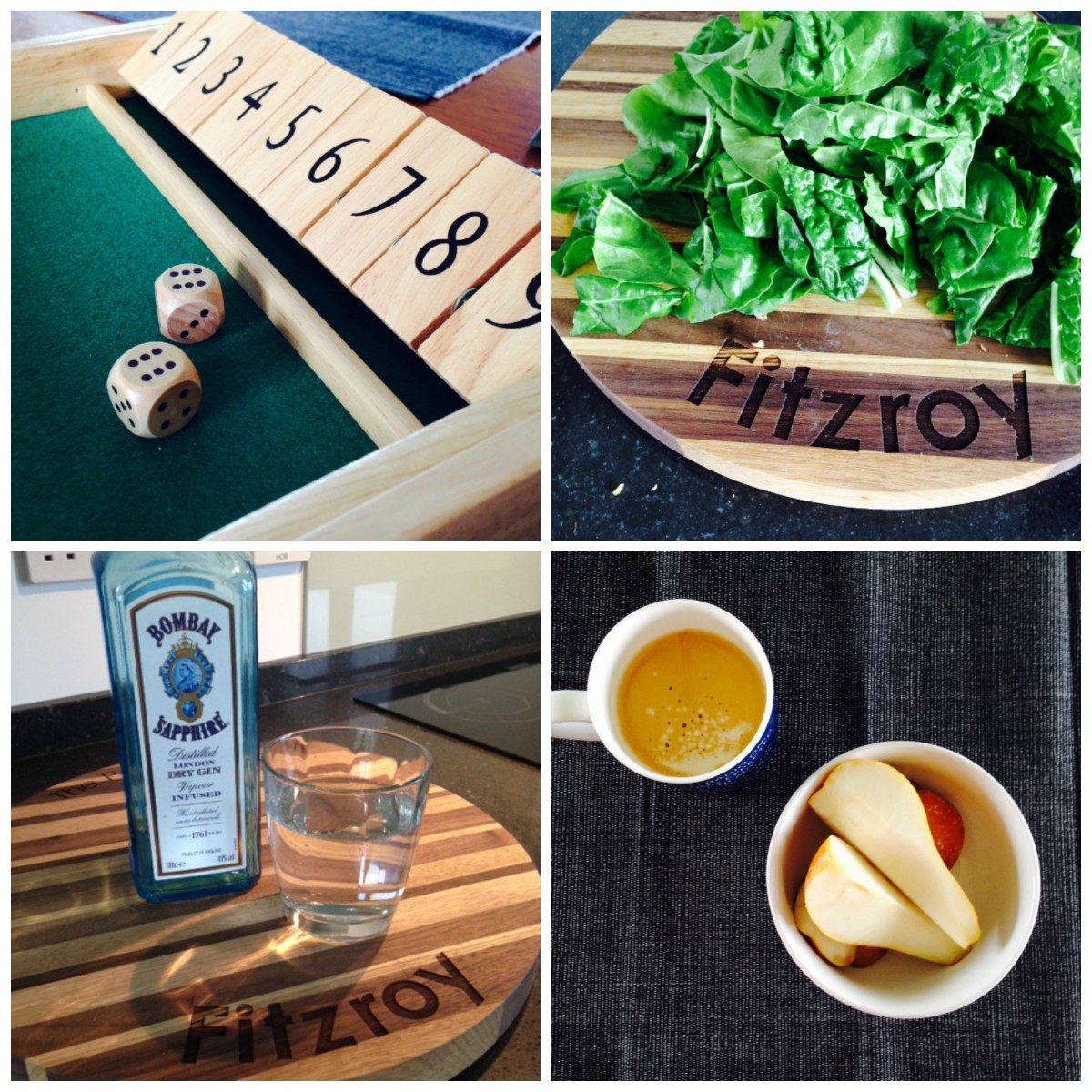 If you asked Belle she’d probably say that the flat screen HD TV with Netflix on was the best bit, although she wasn’t terribly impressed at being made to watch Housesitter. After 48 hours in Cornwall though we agreed we’d house sit at The Point any day.

Are you a fan of Cornwall? What little things are important to you in a holiday home?

*She has actually now been in a car crash too. I didn’t do it intentionally but she seemed pleased. “Funny,” she said at the time, “I always assumed that would be the last one I’d do as I’d be dead.”

Disclosure – we were invited to The Point at Polzeath as their guests for the weekend. All words, images and opinions are my own.