I am in my office today, (by office I mean a small room I share with two guys who work in corporate sports hospitality, to stop me going insane at home by myself), and we are listening to Absolute Radio 90s. We have a three strike policy; if two out of the three of us agree that a song is awful it counts as a strike and when we get to three we switch decades.

I know, we are super cool and you want to come and work with us don’t you? Well I’m afraid the room is full of sports memorabilia, cups that haven’t been washed in 27 weeks and assorted men’s gym kit, so there isn’t room for anyone else. Bad luck.

(Bad luck for me too as I have just totally shattered the illusion of myself as some sort of glamorous social media type who works in a massive open plan room on the 14th floor of a office block in Soho, breaking from work every now and again to play some ping pong or sit on a beanbag to brainstorm something cutting edge.)

*clears old cups away, kicks dirty white socks to one side and continues typing*

Anywho, what was I even talking about? Oh yes, I remember. We were listening to Radio 90s and Will Smith came on singing ‘Getting Jiggy With It’. A classic, I’m sure you’ll agree.

“Will Smith is just so cool,” I said, “if I could be anyone else in the world instead of me he would definitely be in my top five.” 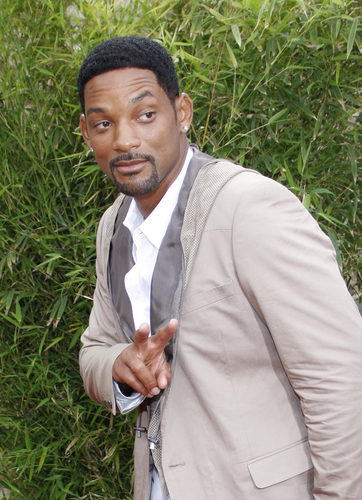 “Interesting,” said Dave. “Who would be in your top five Chaz?”*

Chaz reeled off a load of men’s names I had never heard of, presumably sports people.

“Would none of your top five be a woman?” I asked.

“It is pretty easy to be honest,” said Dave.

So, my question to you – if you could be anyone else in the world, who would you be?

*Not their real names.