Today’s post and recipe comes courtesy of my boyfriend, who knows much more about the Cricket World Cup than me… 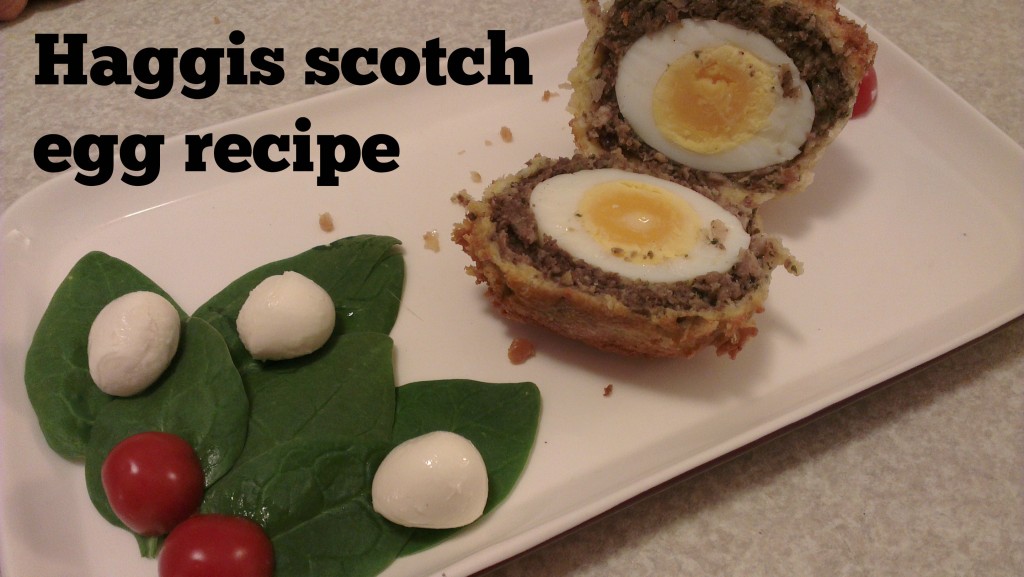 When I rank the clubs where I’ve played and watched cricket, much of my affection comes not from an exciting game or a personal achievement, (which were few and far between), but from the quality and quantity of the food. I can’t think of another sport where players stop for both lunch and tea, and jolly civilised it is as well. When I trained to become an umpire, there was even a column on the official match report for the standard of tea.

The professional game is just the same. It’s not so long since the players left the field for lunch at Lord’s – the home of cricket – to be met by a butler on the pavilion steps with a tray of gin and tonics, before being served a full three course lunch. If that’s what modern day professional sport was like, I would excel. Watching cricket is equally hungry work. A day out at the test match requires a huge calorific intake, partly just to absorb the vast quantity of alcohol that goes hand to hand with watching England’s batting collapse. The scotch egg is the king of the cricket picnic and usually comes out of the cool bag early in proceedings as an aid to line the stomach before too much alcohol flows. So, when choosing a meal to reflect the 2015 Cricket World Cup, the scotch egg was something of a no brainer. I had no issue choosing another of the ‘home nations’ as I’ve got a soft spot for cricket in Scotland. (We’ll forget that they beat England recently because that hurts almost as much as an Ashes defeat, and I’m sure it was just a scoreboard error).

A friend of mine plays club cricket in Scotland and the dedication of the teams north of the border really puts the English to shame. Whilst the furthest I’ve ever had to travel to a game is an hour, it’s not uncommon to have to endure a five hour round trip on a match day in Scotland. Couple that to cricket’s biggest fan – rain – and you could be doing all that driving for only an hour of play, or worse, no game at all. This little beauty is an affectionate representation of the Scottish team. I’ve used golden duck eggs, as I’m sure there’ll be plenty of fat zeros in the Scottish batting order, and it’s all wrapped up with a bit of Robert Burns’ own lovely haggis. Before starting, I recommend a smallish glass of whisky. It focuses the mind on the task and on Scotland. For me, it also kept things very calm whilst I dealt with a near catastrophic pan of hot fat that made molten lava look like iced water. Anyhow, I digress. For my golden duck eggs of Scotland you will need:Six duck eggs180g sausage meat180g haggisA sprinkling of flour100g breadcrumbs500ml vegetable oilPreheat oven to 180c.

Place four eggs in a saucepan of cold water. Bring to the boil and reduce heat to a simmer for six minutes.  Drain, and leave to cool in a bowl of cold water.

Take the sausage meat and haggis and mix in a bowl. Season and divide into four equal amounts. Roll each amount of mixture to a thickness of 5mm. 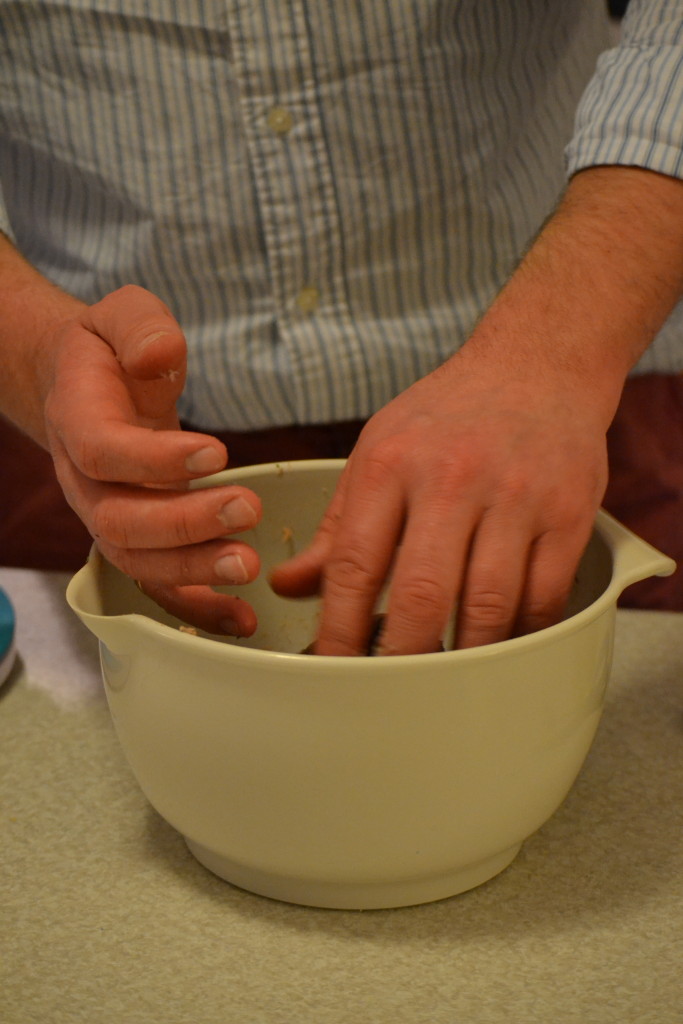 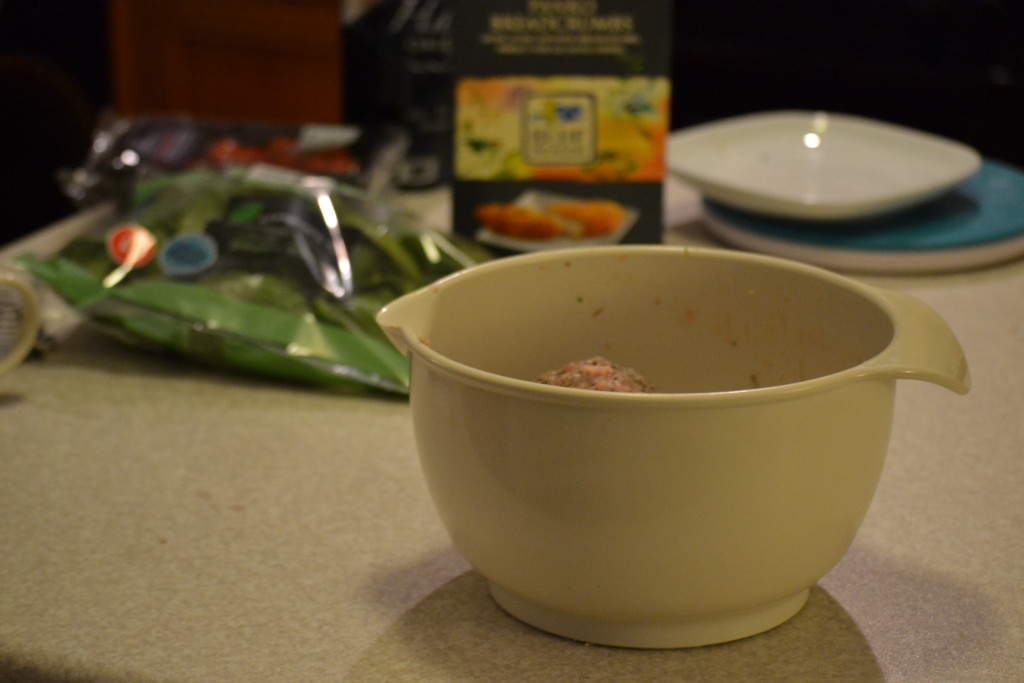 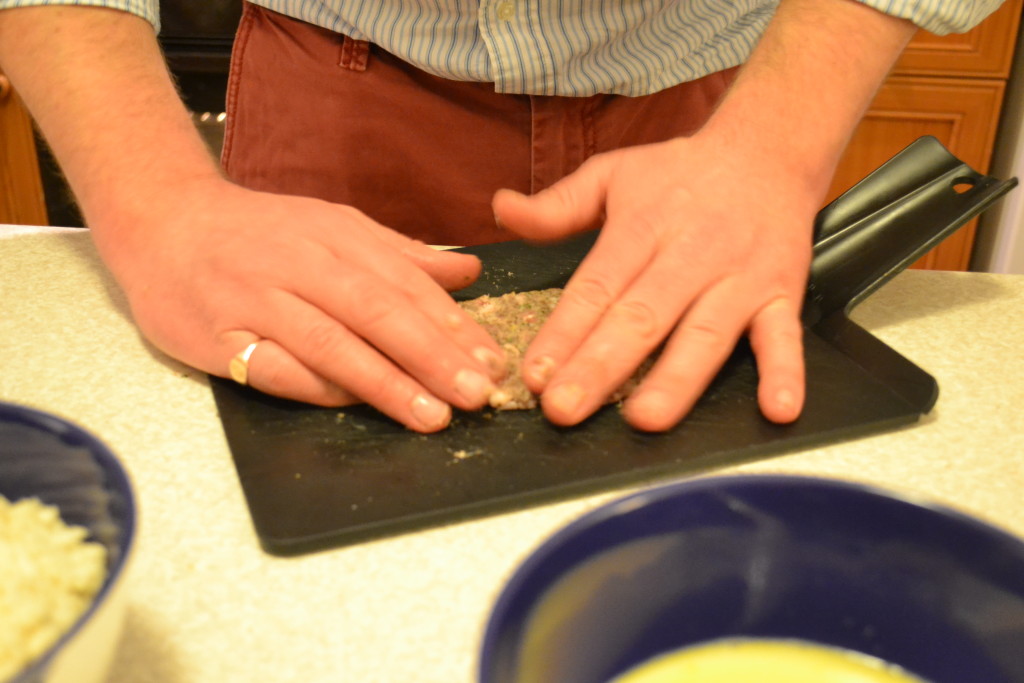 Place each egg into the meat mixture and seal.

Beat the two remaining eggs, add a splash of milk and place a bowl. Place breadcrumbs in a separate bowl. Roll each egg parcel in flour, and then cover in the egg mixture. Finally roll the egg in breadcrumbs. For extra coverage and crunchiness, re dip in the egg and the breadcrumbs, giving a good thick coverage. 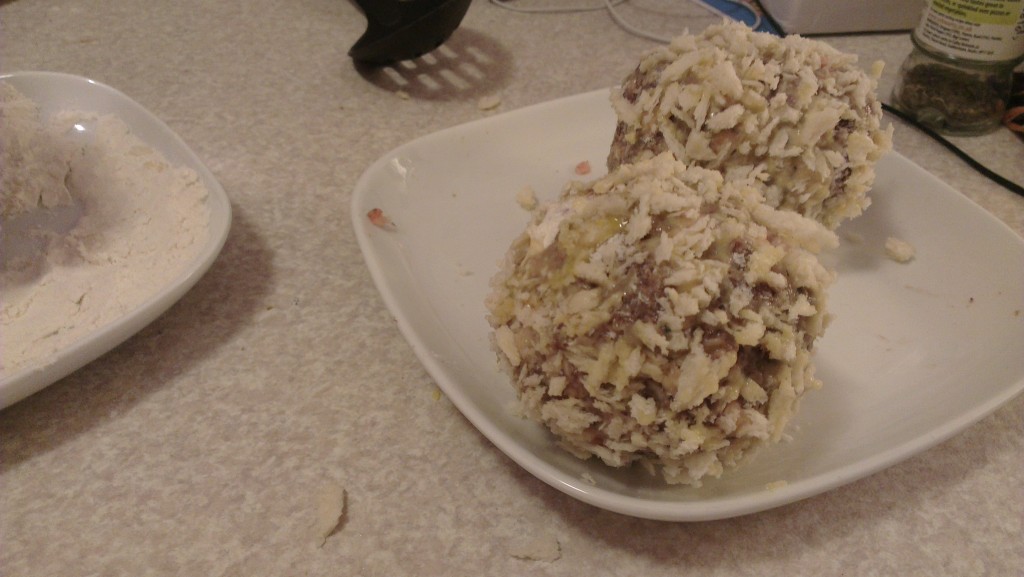 Fry the eggs in the oil for two minutes until golden brown, and the place on a baking tray in the centre of the preheated oven for ten minutes.

Serve either hot or cold. 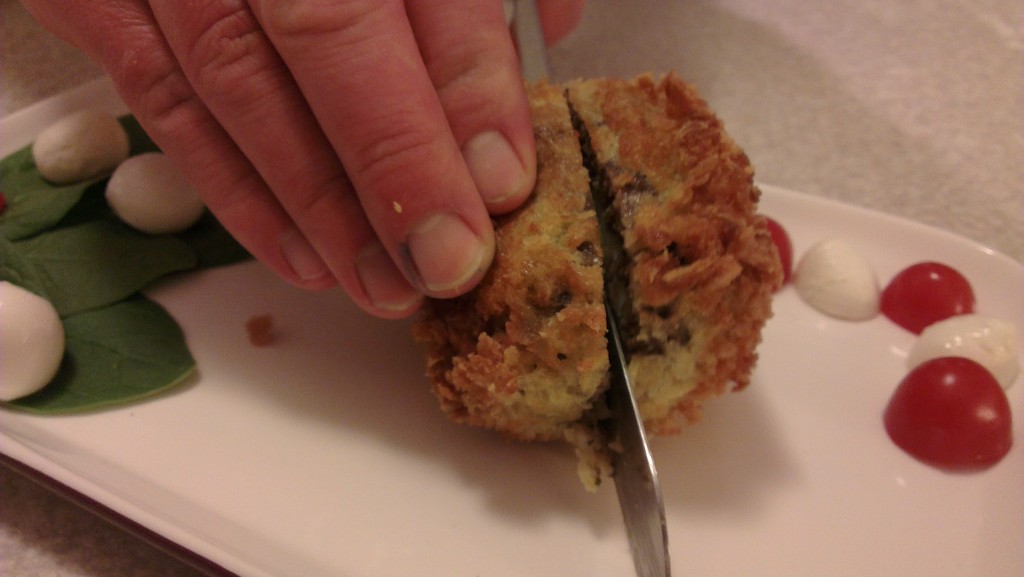 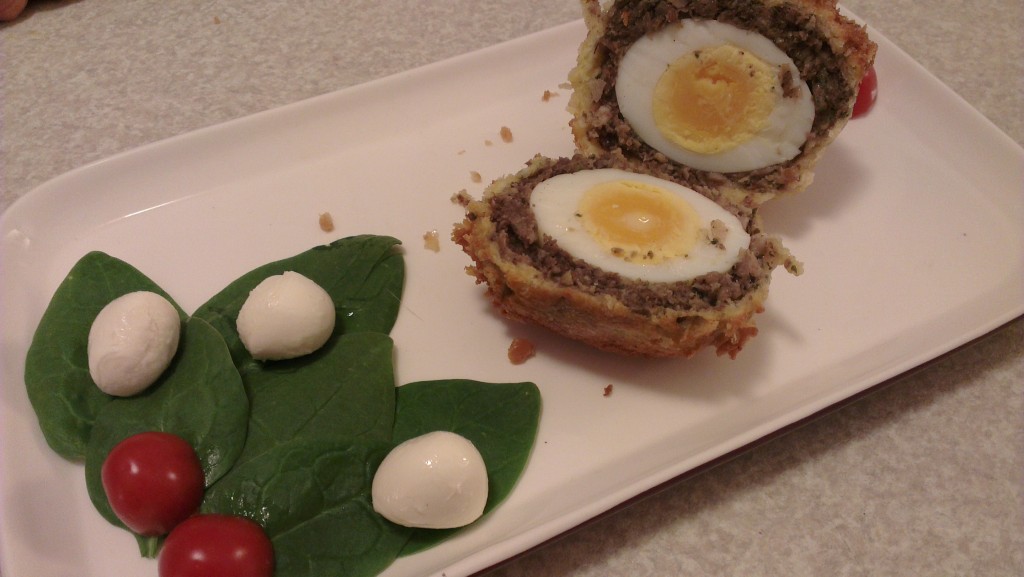 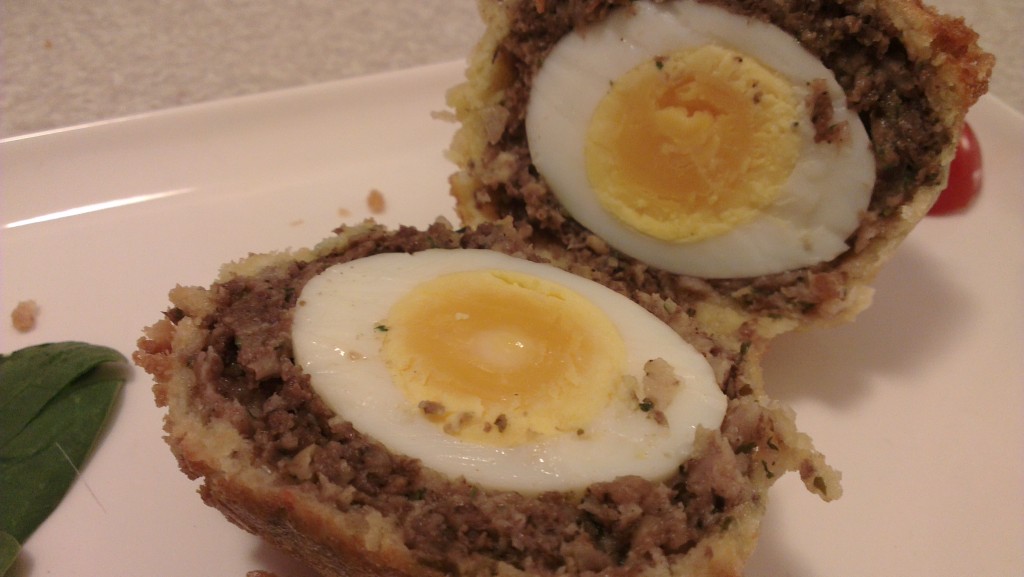 The final step is to find the bottle of whisky amongst the debris. Pour yourself a big glass, grab a haggis duck scotch egg and sit back and imagine the thwack of leather against wood. Bliss. 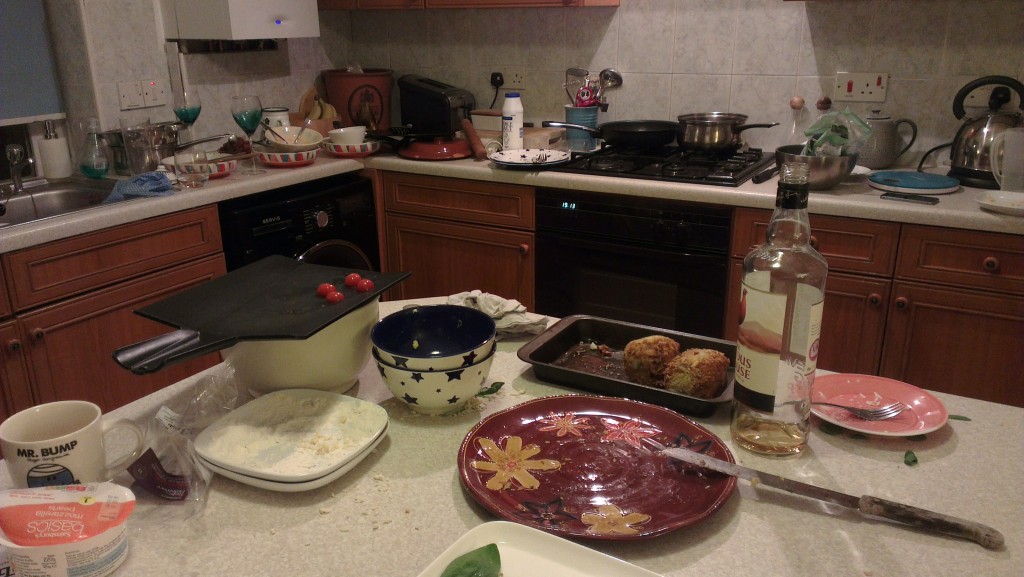 Disclosure – we were asked by Betfair to take part in this Cricket World Cup Recipe challenge.