I read an analogy the other day that compared the human condition to an airplane’s flight path. It had a picture – a straight line overlaid with a wavy line, so that although both lines ended up at the same place, they only crossed briefly on certain parts of the curve. Flying a plane apparently is a constant series of adjustments; watching the monitors, being aware of conditions around you and tweaking your direction. You end up in the right place but for around 90% of the time you’re actually heading in the wrong direction.

The important thing though is that this is OK. This is a normal way to fly. 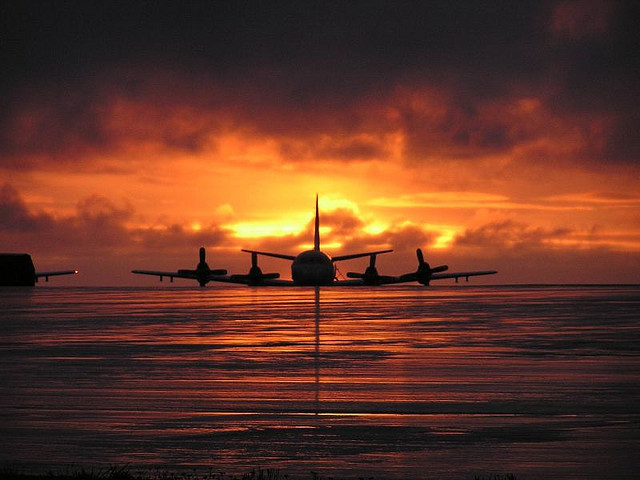 I loved this analogy as I’m currently coming to terms with the idea that this is also a normal way to live. It may sound a bit stupid and naive, but I’m not sure I have ever really accepted it until now. I feel like I’ve always been striving for one ideal state, and not even always the same one. Sometimes I’ve wanted simple contentment, that feeling you get occasionally when you are washing up and you look out of the window whilst drying a cup and smile, just because you feel pretty pleased with your lot. Sometimes it’s more extreme and I crave an all-absorbing happiness, an overwhelming something that comes only fleetingly and often isn’t really happiness at all. Those tend to be the times I end up doing something stupid or falling in love with someone inappropriate because I decide that the dream state is one full of intense emotions and feelings, that contentment isn’t good enough.

Now this is all well and good, except alongside that has run the idea in my mind that once you achieve whatever it is you’re striving for, that that’s it, you’ve done it, and that is how you are now going to feel forever. This approach has always worked fairly well for me as I’ve generally been a pretty cheery and optimistic person and the idea of feeling like that forever is fine.

You panic about your inability to cope, rendering you, rather ironically, unable to cope.

You worry that you are now broken, that a run of bad days means you will never have that standing at the sink moment again. And the more you worry, the more you panic and the harder it feels to break free. I know this because earlier this year I had what I would say was probably the biggest ever swerve on my flight path and for a little while I simply let go of the controls and closed my eyes.

I feel a bit silly even writing this. I didn’t even have anything that bad happen, but it was how it made me feel that threw me and I guess we have to accept that our feelings are never silly, whatever they are.

Eventually of course my path began to correct itself naturally but then some days it would go off course again and immediately I would freak out. It has taken me a lot of swerving up and down to get used to the idea that life isn’t meant to be a straight line and that just because you feel a particular way at a particular time, doesn’t mean you are going to feel like that always.

That sounds like a ridiculous thing to only realise at 36 doesn’t it? I mean obviously on one level I did know that, and if anyone was ever upset I would tell them all of the right things, but I don’t think I had ever really learnt it. I hadn’t properly tested it out, never swerved to such an extent that I lost sight of the way back.

I am learning now though, and if anything it is making me feel more grateful for those times when everything seems right with the world. Driving across from Taunton the Langport on Friday afternoon for example, the sun setting behind me, I felt such a rush of joy that it felt like my body was physically being lifted a little. The sun was making everything in front of me a beautiful gold colour, the Somerset countryside was falling away to my right in vast and beautiful swathes and I felt awesome. I enjoyed it, knowing that it would pass but cherishing the feeling nonetheless.

And this morning when I woke up and felt a wave of nausea, a sinking feeling in my stomach and a tightening of my shoulders, I didn’t panic. I didn’t like it, but I didn’t panic. I just looked at the feelings and acknowledged them, accepted that they would pass, and went about my day. And you know what? They did pass.