How many hours a week do you reckon you spend on household chores?

According to recent surveys for Mumsnet and Women’s Hour  it’s an average of 10 hours a week for working mums and just five hours a week for men. Given that I’m a single parent, I reckon I’m notching up at least 15 hours a week doing tedious things like shopping, cooking, washing and hoovering. Sure, I save some time by avoiding cleaning the bathroom more often than I need to to avoid dysentery, but it’s still a lot. 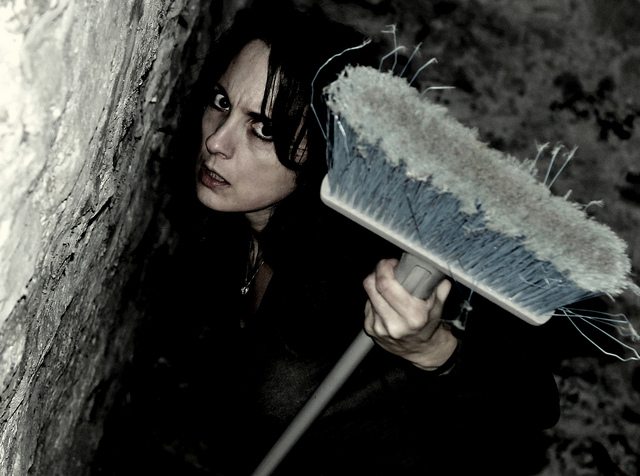 We know all this though.

As much as some men would like to have us believe we live in an age of gender equality – ‘there’s that ad on TV remember, where the man is made to look stupid!’ – we don’t. It would be nice, but we just don’t. Women still get left with the lion’s share of housework, parenting and other caring duties, on top of working in jobs where they are quite likely paid less than the average man. And that’s just the surface inequality.

In a way I feel a bit sorry for men. Apparently out of 54 common household tasks, women are chiefly responsible for 36 of them. There are just three where men predominantly take charge: changing lightbulbs, taking the bins out and DIY. It feels a bit like only trusting a small child with a pair of special plastic scissors.

Not having a husband around to change the lightbulbs for me while I swoon on the chaise longue, I’m less interested in how much housework men do and more concerned with how you get children to do anything other than groan and  throw the top half of their body around dramatically at the mere sight of a j-cloth.

Seriously, can someone please explain?

How do you get a pre-teen to think to themselves ‘you know what, all this stuff that mummy does for me, maybe it would be nice if I offered to wash up?’ Does that ever happen? And if not, how to you impose some sort of sharing of chores where at least they accept that what they are doing is a fair contribution to the household, even if they don’t particularly enjoy it?

After the separation and move to Taunton I decided that now was the chance for a fresh start housework wise. In my mind I would play the ‘just you and me now kid’ card to Belle, she would take it upon herself to design some sort of colourful housework rota and we would live happily ever after. I didn’t anticipate the extreme disdain she would have for any kind of cooperation and have quickly fallen into the classic trap of doing everything myself just because I can’t bear the drama that comes with asking her to move a plate vaguely towards the sink.

I know that this is typical pubescent behaviour, but is there a way to share the chores more fairly without me having to calm myself afterwards with half a bottle of gin?