Now if that isn’t a cracker of a title, guaranteed to draw you in, then quite frankly I don’t know what more I can do. What do you want from me? Blood?

My LED desk lamp story begins a couple of months ago, when the nice people at TaoTronics asked me if I would like to try out one of their fancy lights.

“Yes please,” I said, “that would be perfect for me. I work at home and it would be great for my desk.”

Well that put the kiss of death on things, as shortly after that I moved house and no longer even have room for a desk. Hmmm. Not to worry, we found another home for it. And by ‘we’ I mean ‘Belle’.

“Cooool!” She said when she saw it, in that way that children can and grown-ups can’t without sounding stupid. “I can use it to read in bed!”

There wasn’t even a discussion, she just sort of assumed that any sort of exciting parcel must be for her, what with her being pubescent and therefore the centre of the universe. Our TaoTronics desk lamp resides therefore in Belle’s bedroom, until I marry into money, have my own office again, and manage to wrestle it from her tiny yet freakishly strong grasp.

There are three main reasons why I love the new lamp:

It makes me feel like I am from the future

It folds up into this sort of sleek, black bar, the sort of thing you imagine Dr Who might produce from the tardis to check for alien life forms, and has a super cool touch screen control panel, where you can set the type of light you want and control the brightness. Plus the control panel has cute faces on it, so I don’t feel scared by the strange technology. 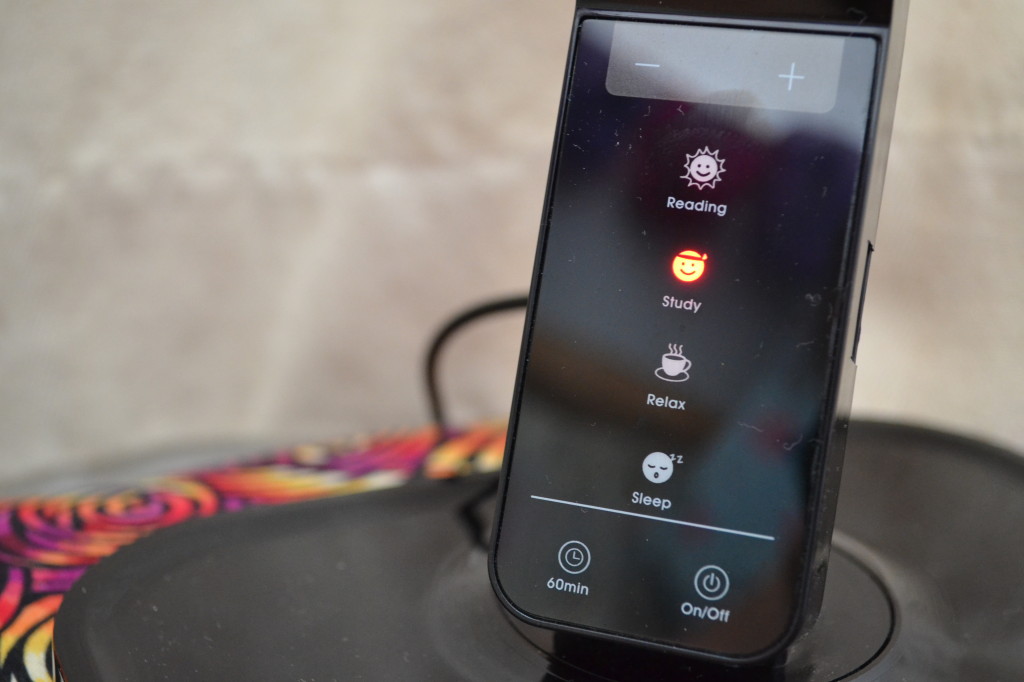 I wanted to take another picture showing the various settings, but it’s surprisingly difficult to capture different types of light, so instead I’m pinching this stock image to show you: 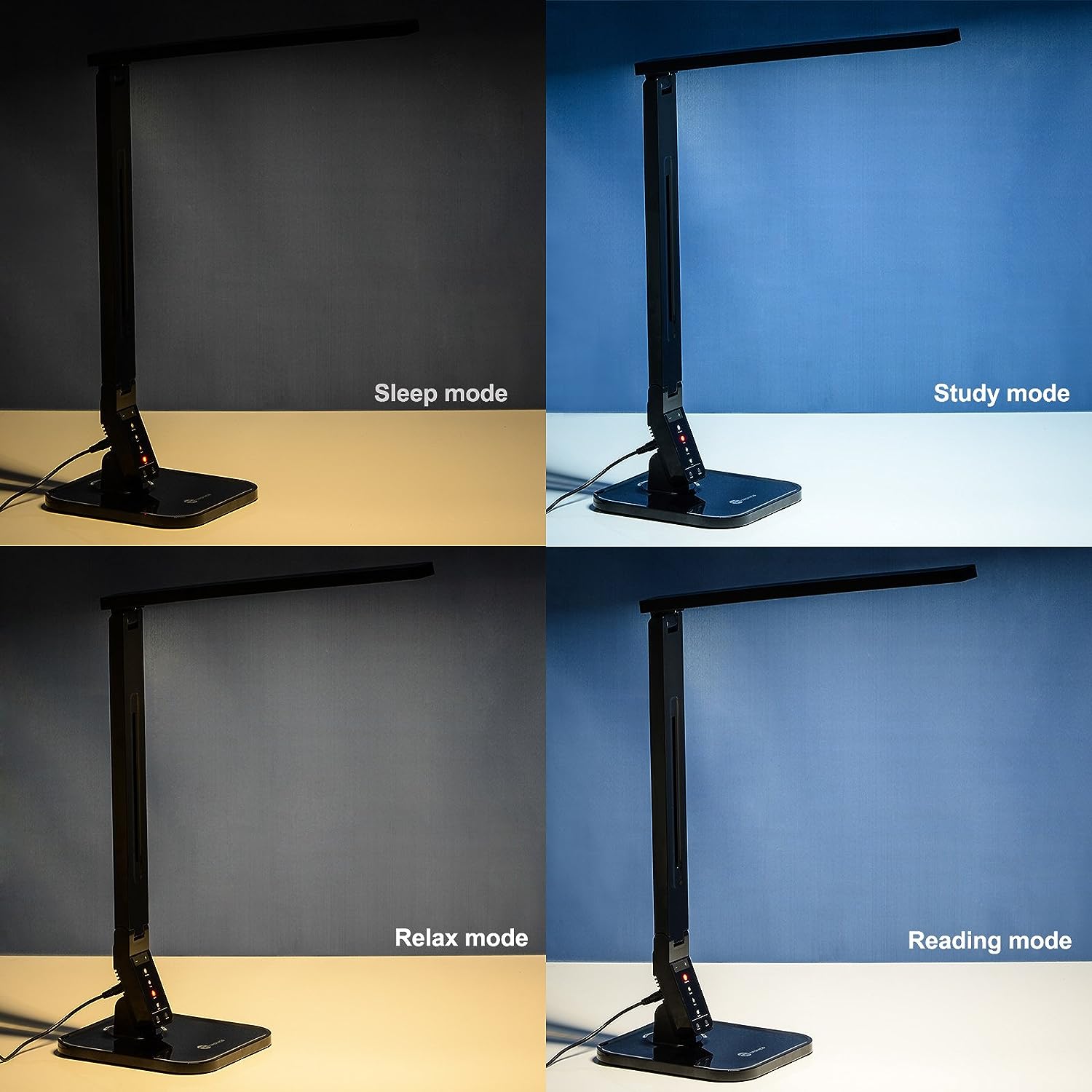 I never have to buy a light bulb for it

I like a £3 SKOTFARTER* lamp from IKEA as much as the next person but I hate that you get them home, plug them in, and two weeks later the bulb goes. You know you can’t replace it unless you go back to IKEA and traipse through the entire store, collecting dozens of bags of unwanted tea lights and those multi-coloured plastic cups and bowls on the way, so it sits in darkness forever.

The LED bulb in the TaoTronics lamp though is designed to last for 25 years under normal use. Hoorah!

I can go to bed before Belle is asleep

I have never been a night owl. I missed out on most of the exciting family events of my childhood as I was asleep and I haven’t got better with age. Left to my own devices, I would quite like to be in bed before 10pm, if not 9pm, and while this is fine when your kids are little, it can become a bit problematic as they grow up. I have kept Belle’s bedtime as early as possible for as long as possible, but it’s not cool to be at secondary school and made to go to bed at eight.

The whole bedtime saga is complicated by the fact that Belle likes to have a light on initially, which then gets turned off later when she falls asleep. Later can be 11pm sometimes though if she is reading and I can’t stay up that late just to switch off a light. Yes I know, I could just act like a proper parent and insist she switches it off when I tell her to, but I’m a bit of a soft touch with things like that I don’t want her to be scared.

The genius TaoTronics desk lamp has a timer, so you can set it to turn off automatically after an hour, meaning I can go to bed with a Sherlock Holmes book and a glass of strawberry milkshake and not have to worry about getting up again just as I’ve got comfy.

*This isn’t a real thing. Don’t go into IKEA and ask for it.