Last night I played my very last netball match for Sefton Stingerz. Belle drew a picture to mark the occasion. 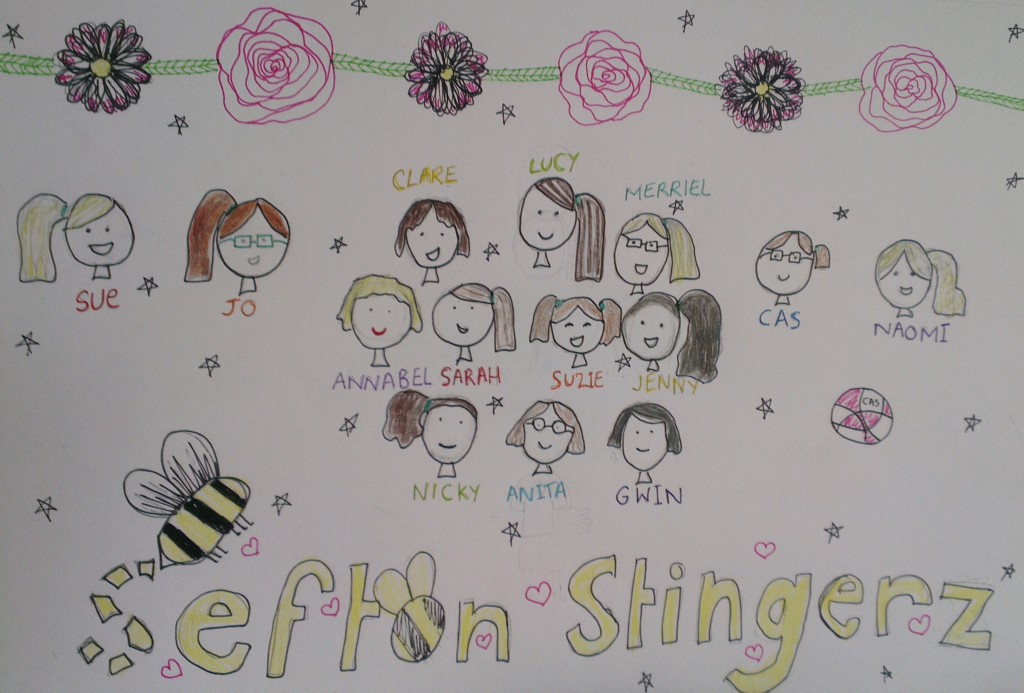 I’ve been playing netball in Bristol for about two and a half years now. It was something I thought I would try after we moved here, a way to make a few new friends, and I never for a minute imagined I would grow to love it so much. I’ve never been a sporty person and it took me completely by surprise. I also never expected to make such lovely friends.

At our training session yesterday morning I was taken by surprise all over again by the trouble everyone had gone to – I had a card, flowers, a signed ball and even a cake, freshly baked before our 9am practice! I genuinely wasn’t expecting anything, and may have had a little tear in my eye. I was so touched though, it was hard not to feel emotional. 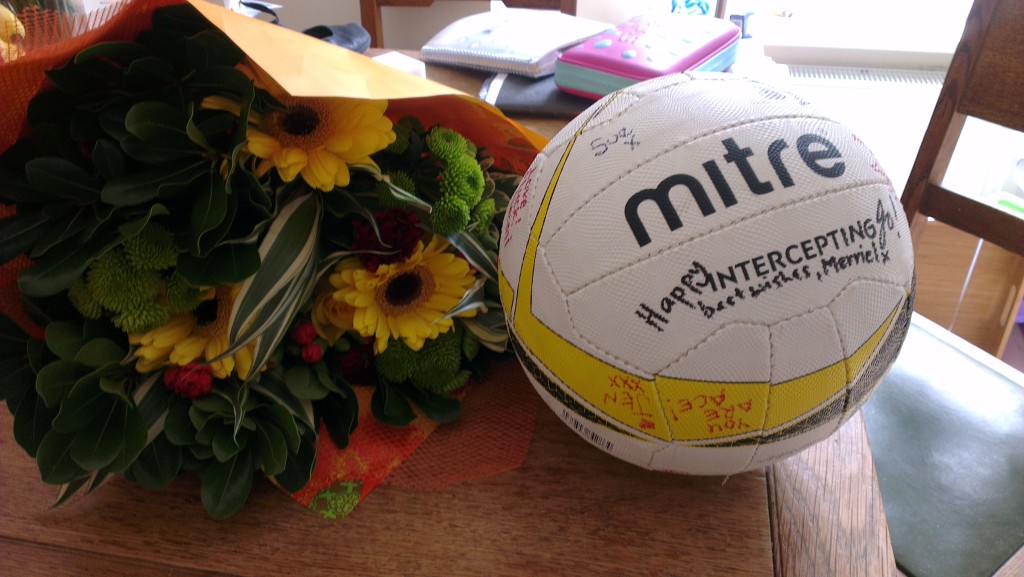 I’ve talked before about the difference netball has made to my life, so I’m not going to bang on about it, suffice to say that I will miss it a lot when I leave Bristol. I’ve been made to feel so welcome, made so many new friends and discovered skills and a passion for a sport that I never thought I would find.

Our final match last night was the most enjoyable match I have ever played. We were beaten rather conclusively by a fantastic team but we played our hearts out, had a cracking gaggle of supporters on the sideline (including Belle, clacking together her crutches) and I sported a rather fetching side ponytail. It was ace.

Thank you to Sue and to all the Stingerz for helping me create such wonderful memories!