This week has been a magical one for me. Literally magical, as last Sunday we went to watch a magic show at The Tobacco Factory. Calling it a magic show makes it sounds like it was a cheesy kids’ entertainer pulling a rabbit out of a hat, but this was a much more sophisticated affair, hosted by Bristol’s favourite magician, the fabulous Peter Clifford. 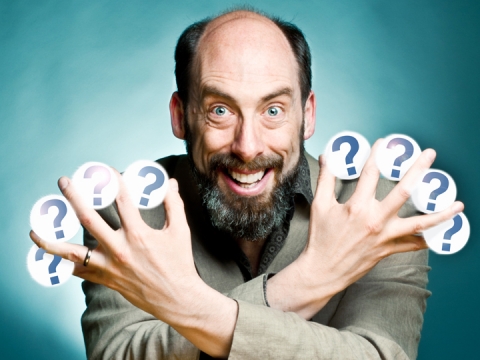 In the popular show, called Peter’s Friends, Peter hosts an assortment of magical guests and obviously I made Boyfriend sit right in the front row in the hope that I would get called onto the stage to help with a trick. This is Boyfriend’s idea of hell, so he spent quite a lot of the evening looking like he was cringing and trying to hide behind a post, whilst I got very excited indeed when called upon by Peter to shuffle a pack of cards.

Having watched every single episode of Jonathan Creek at least once, and with a fair number of Nancy Drew mysteries under my belt, I can quite often tell how a trick is done even if I don’t actually see the moves taking place. In this case though there was plenty that left me puzzled, including one trick with a can of red kidney beans that actually prompted an audible gasp.

If you’re Bristol based and haven’t come across Peter Clifford yet then grab your hat and coat, (leaving the rabbit at home ideally for the sake of audience confusion), and get yourself to one of his shows.

Slightly less magical has been the weather of late. I had got used to the bizarre, drawn out summer and having to wear a coat has come as a bit of a shock. Belle is embracing the cold though. She has created her own porridge recipe for school mornings and sits in her little corner of the sofa, the tea towel she uses to take her porridge from the microwave discarded on the floor, and watches what feels like the same episode of iCarly over and over.

She makes her breakfast with a sachet of Special K porridge, adds chocolate soya milk after cooking to cool it down, and stirs in a chopped banana. I was so impressed with her wholesomeness that I can almost overlook the floor tea towel. Not quite though.

Belle has also been getting stuck in to some rainy day activities, sent to her by Family Camping Reviews as part of the ‘unearth the outdoors kid’ campaign, in a bid to tear her away from iCarly and make her leisure time as wholesome as her breakfast. Her rainy day activities were very simple and low cost, yet prove that it doesn’t actually take a lot to entertain a small (or even not so small any more) child. Belle spent about an hour in absolute silence, communicating only via a small erasable board, and since the package arrived on Tuesday has been accompanied to school every day by a small, wooden yo-yo. 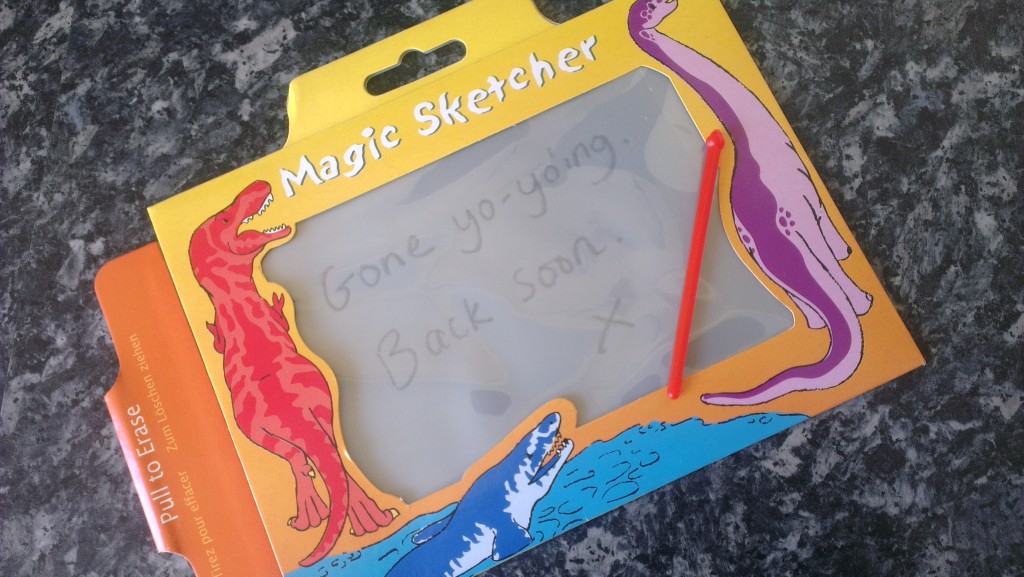 My diet this week has been less impressive, due to a delivery of Haribo Christmas cakes. I have to confess that I was a little sceptical about the quality of a Haribo topped muffin but Boyfriend and I were both impressed by just how tasty they were. Belle was less keen on the frosting.

“I don’t like the icing,” she told me, holding the cake out in front of her, “can you eat it for me?”

I looked at the cake. Rather than test a little bit of the icing with her finger she had licked it all over, leaving the entire top smooth.

“That’s gross,” I said, licking the rest off.

Waste not want not after all. 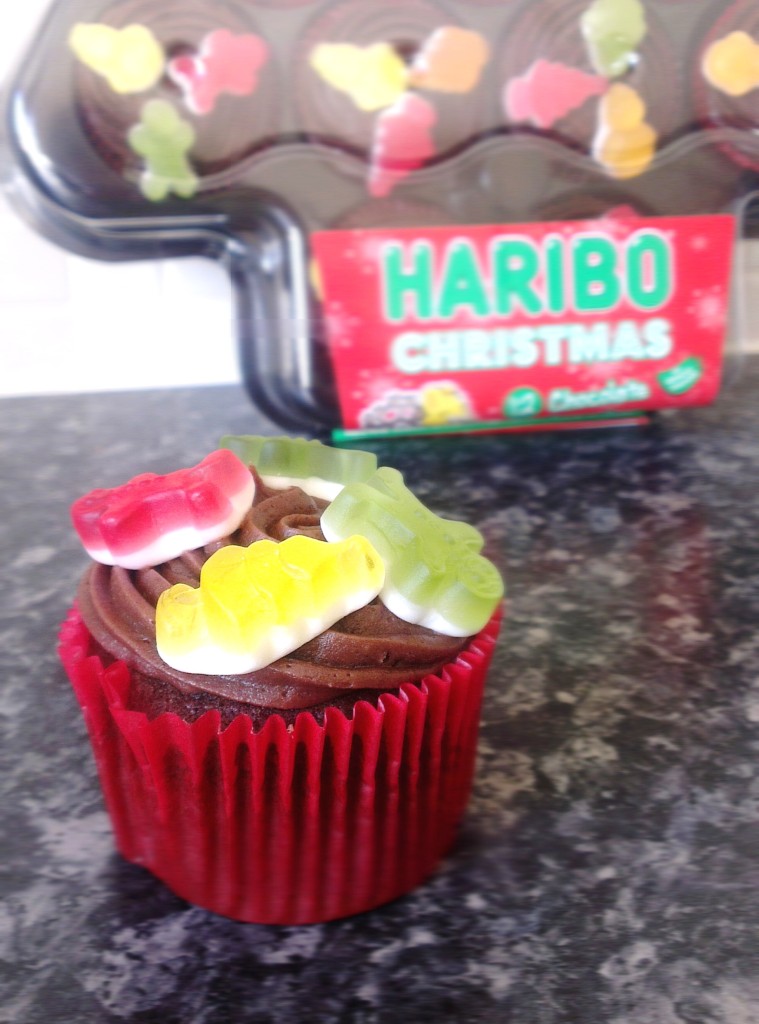 Disclosure: We were guests of the Tobacco Factory Theatre for Peter’s Friends and were sent the rainy day pack, Special K porridge and Haribo cakes for the purposes of this review.