There is a lot of fuss made nowadays about internet safety and appropriate content online, but exactly how appropriate is it for us all to hear about the latest goings on in Syria, or the get updates on a rape trial, when we’re trying to enjoy a bowl of rice crispies or get on with a spot of homework?

According to a recent survey, (conducted by NetVoucherCodes.co.uk), over two thirds of parents actively prevent their children from watching the news. Violent images of conflicts or acts of terrorism were the most common reason parents gave for switching off the TV, closely followed by coverage of topics such as serious crime. A majority of mums and dads also admitted that their fear of being asked difficult questions by their children was a factor in not letting them watch the news. Around half of the parents surveyed felt that 11-12 was about the right age for introducing children to the news.

I have to confess that I try to avoid the news as much as possible. There is, to be quite frank, so much shit going on everywhere that I can’t possibly keep up, and definitely can’t do anything about most of it, so I really just don’t want to know. This drives Boyfriend mad, and I’m sure isn’t a very grown-up approach, but there you go, perhaps I am just not very grown-up.

It’s not that I don’t care. I boycott Nestle, I’ve trained as a breastfeeding counsellor, I sponsor a turtle and a child in Ethiopia, (the turtle isn’t in Ethiopia), but I can’t be expected to care about everything can I? There is too much of it. 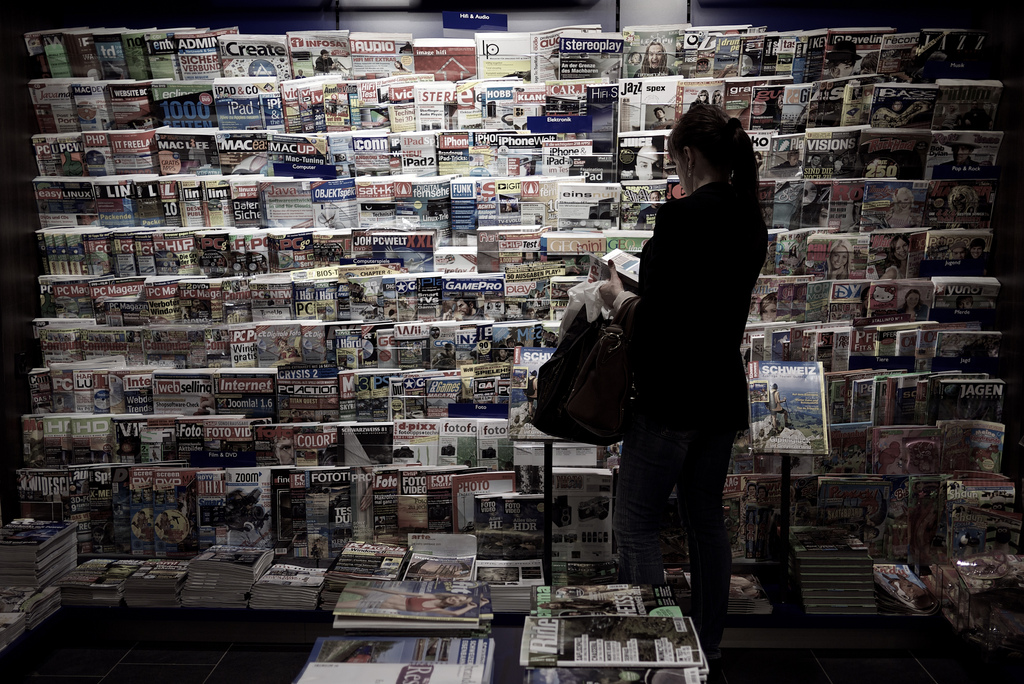 Watching the news makes me sad. I may be naive but I just don’t understand why all of this bad stuff has to happen, how we as human beings have let ourselves get into such a mess. If I watched or read the news every day I’m not sure I could carry on doing all the normal everyday things that seem so stupid in comparison. Who am I to complain about only having skimmed milk in my tea or having to wait in line a bit at the post office? I should just be grateful I’m not having my face melted with nerve gases or being forced to marry a 40 year old man and carry his children at 13.

I cry at the VW advert where the daughter grows up and leaves home.

The news is too much.

The trouble is though, that as much as I might want to hide behind a nice middle class wall of Twitter, hummus and the Great British Bake Off, all of this shit is happening. All over the place. All of the time. Should we really be shielding our children from what is simply the reality of life? Do we have a duty as parents to teach them the cold hard facts and prepare them for adulthood?

What do you think? Do you let your children watch the news? How young is too young?