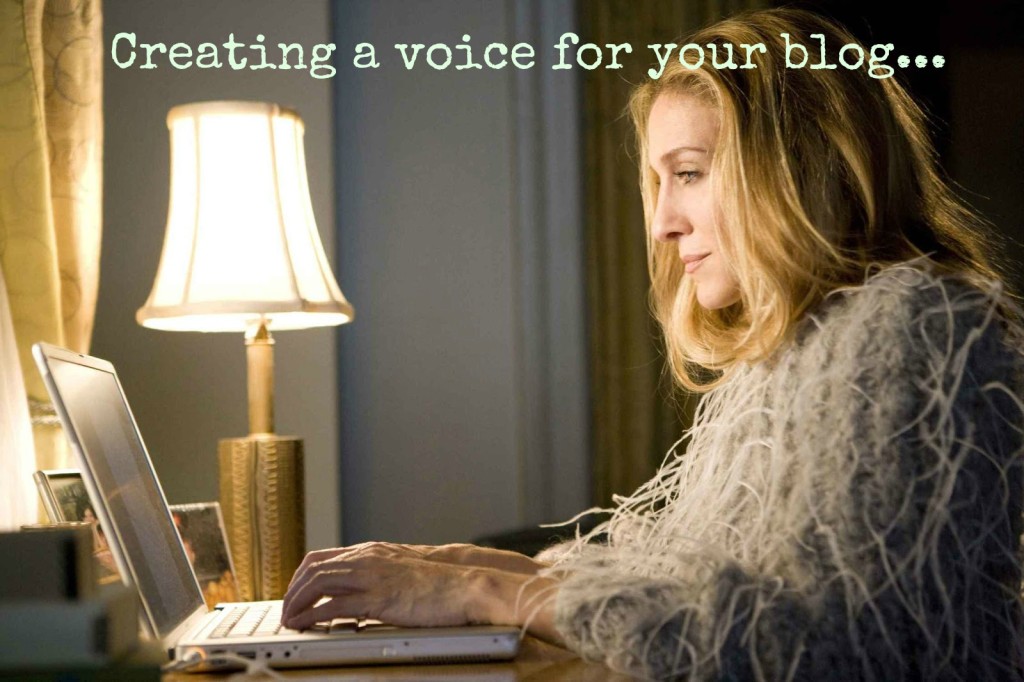 Earlier this week I asked Bee to have a look at a post I was drafting. This is always a little scary for me as she has a bit of an eagle eye for mistakes and isn’t afraid to be critical. As she read I watched her face, trying to spot the bits that made her smile.

“So what do you think?” I asked when she had finished.

Fine? Fine?? I don’t want fine. That’s like telling a man who has just confessed to being in love with you that you think he’s ‘nice’. It’s not cool.

“Yeah,” she went on, one can only assume trying deliberately to make me cry, “it just sounds like everything else you write.”

I thought a lot about this over the next few days and couldn’t decide whether it was a Good Thing or a Bad Thing. As a writer, I’m pretty sure it’s good to have a recognisable voice and a consistent style. If you don’t sound authentic and don’t maintain that personality, why would people want to come back and read you again?

On the other hand, I couldn’t help but feel a bit icky about it. If everything I ever write all just sounds the same, isn’t that terribly dull and bland? Aren’t people going to wander off, looking for a more excitement, a bit on the side to my nice-husband-like posts? There is of course comfort in knowing exactly what you’re going to get, but do I really want to be the McDonalds blogger equivalent, the place you go when you want something quick and predictable? It doesn’t feel like a flattering analogy.

As you can tell, I thought about it a lot. Some might say too much.

But then look at brands like Innocent – they spend thousands and thousands of pounds creating a voice that is instantly recognisable, that sounds the same on every packet. Maybe I could be like them? That wouldn’t be such a bad thing would it?I would probably draw the line at jokes about containing trombones at what not, but then I’m just not as whacky as a fruit smoothie.

I thought about it some more.

…isn’t that kind of the point?

*Who I do appreciate isn’t a real person but it works well for the little joke at the end. You know, because she always ends her columns with ‘I couldn’t help but wonder…’? No? Forget it, you’ve ruined it now.