My trip to Ethiopia was positive on just about every level, apart from one thing. On the flight on the way home, I managed to lose my only pair of glasses. Don’t ask me where they went, I have no idea. I took them off and popped them in the little pouch behind the seat in front while I had a snooze and when I woke up they had vanished.

We waited until everyone had got off the plane, and scoured the floors, took apart the seats, but to no avail. It would seem they had literally fallen out of the sky. I managed to find my way home, squinting at signs and bumping around a little bit, and the very next morning set out on an emergency glasses mission.

Fortunately, a rather funky new opticians has just opened across the road from me. Lunar Optical on the Gloucester Road in Bristol is one of those independent little gems that makes Gloucester Road so popular. When we went for eye tests when they first opened, not only were they incredibly welcoming and friendly, but they also had chocolate brownies and a cushion shaped like an owl – two of my favourite things. 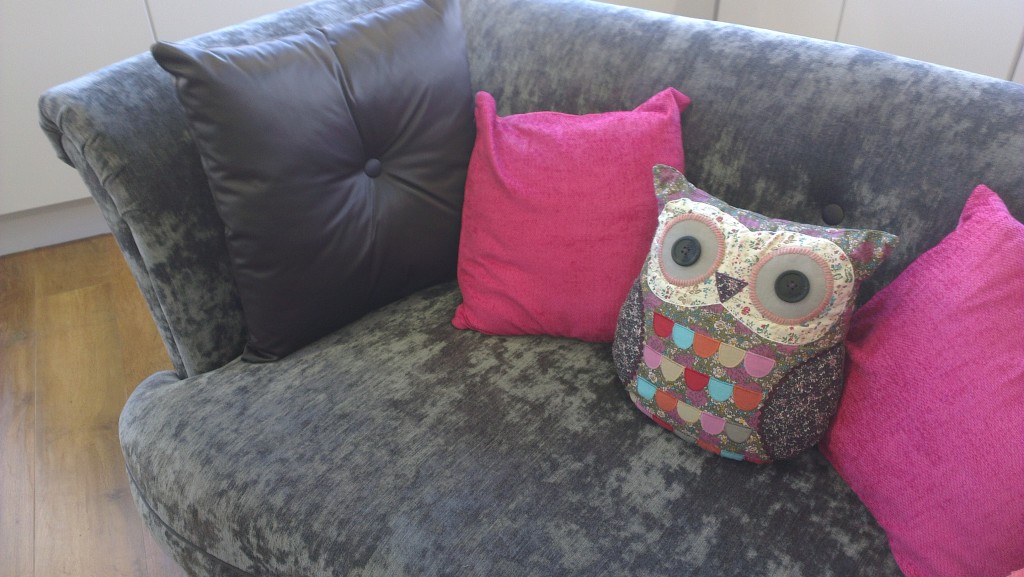 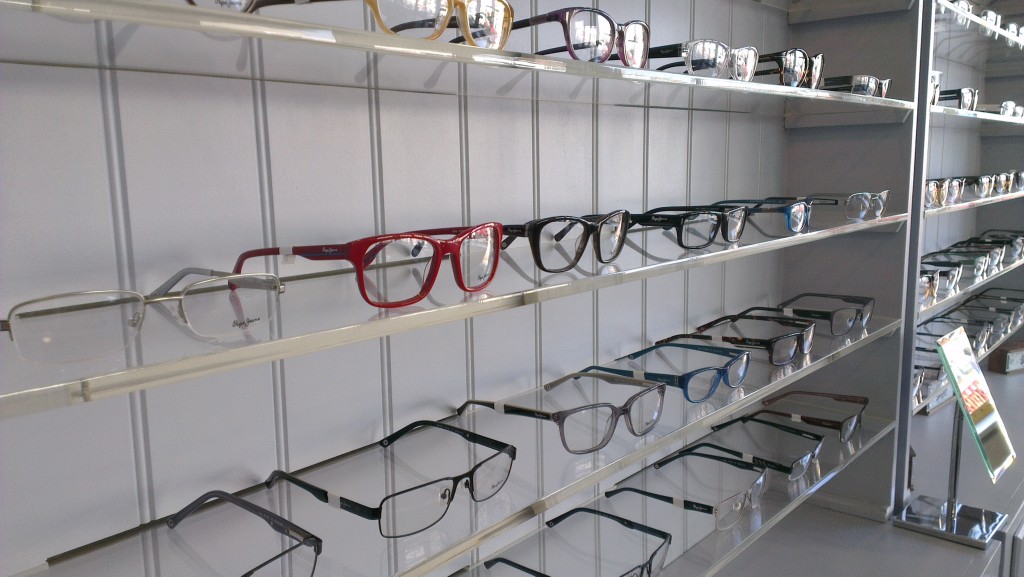 So, off to Lunar Optical I went.

Having only got back from Ethiopia less than 24 hours beforehand, I was in a rather funny mood – a ‘life is a wonderful thing to be seized!’ sort of mood. A dangerous mood, one might say, for choosing new glasses. Pah! The perfect mood I say for breaking away from the discreet half-rim look. The perfect mood for something a bit jazzy…

I tried on lots of pairs, and amused myself by taking some jaunty angled pictures. Lunar Optical certainly aren’t afraid of bright colours: 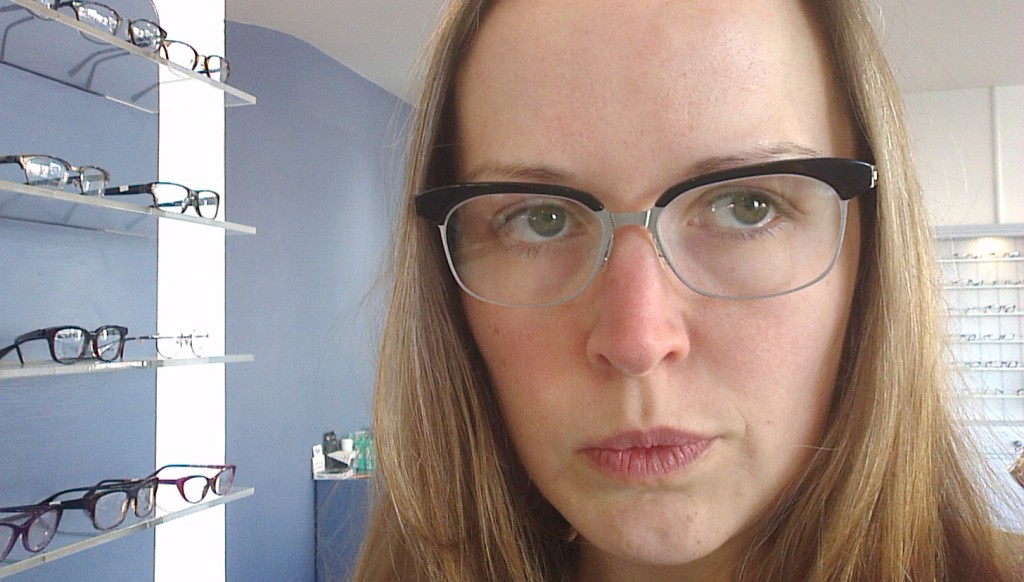 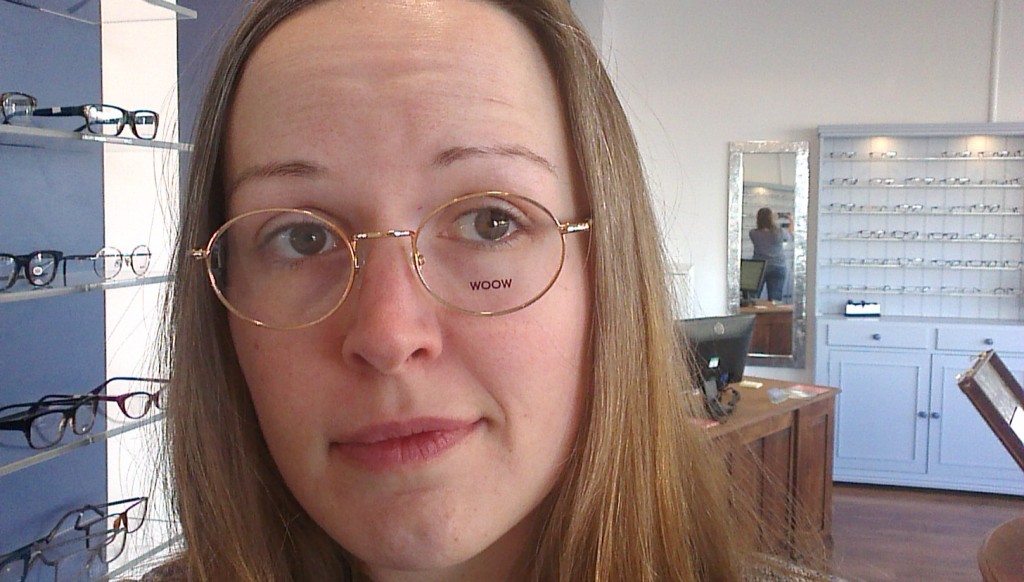 The John Lennon look. Perhaps not. 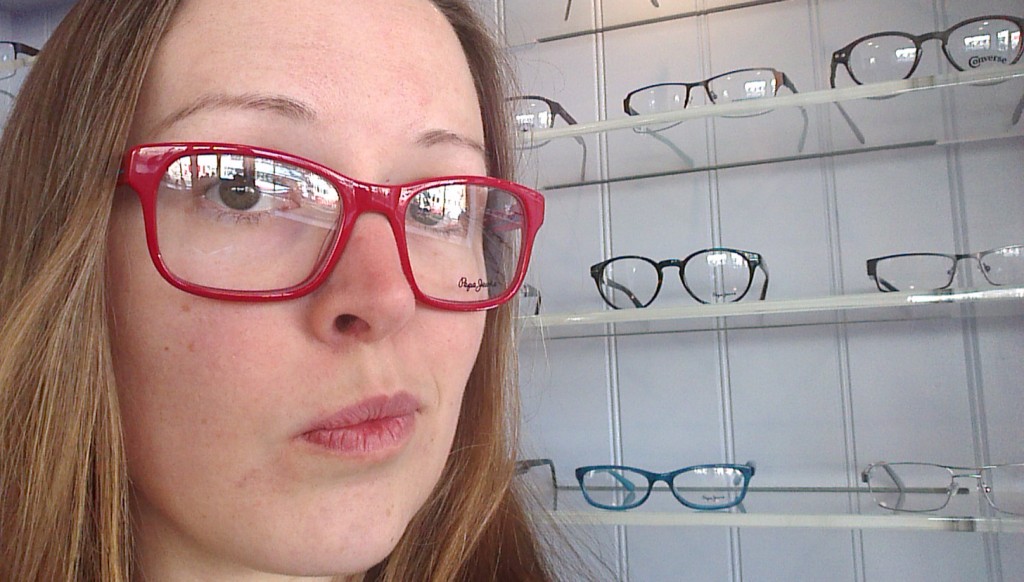 To jazzy? I don’t think so! 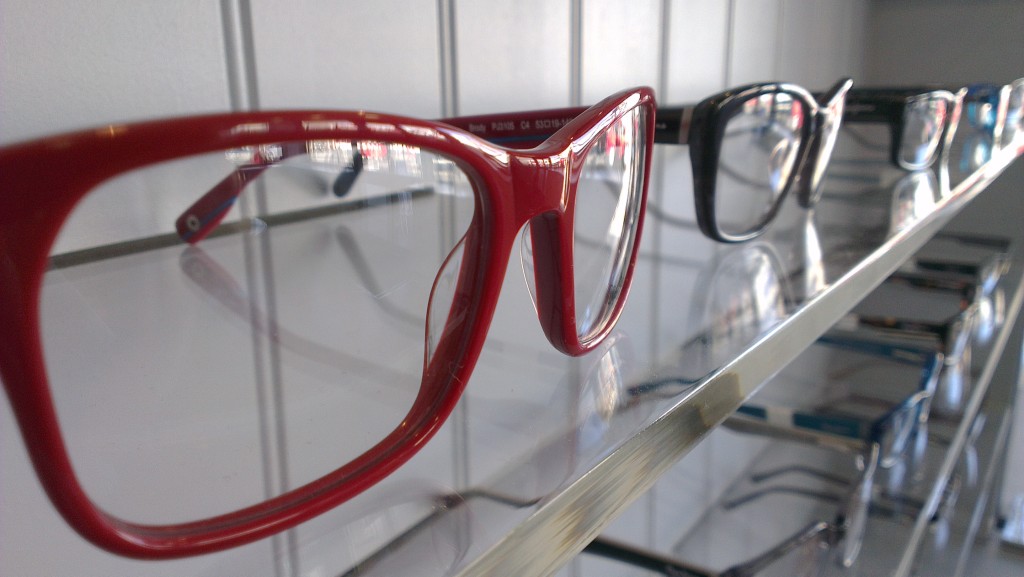 Perhaps these look better on the shelf than on my face. 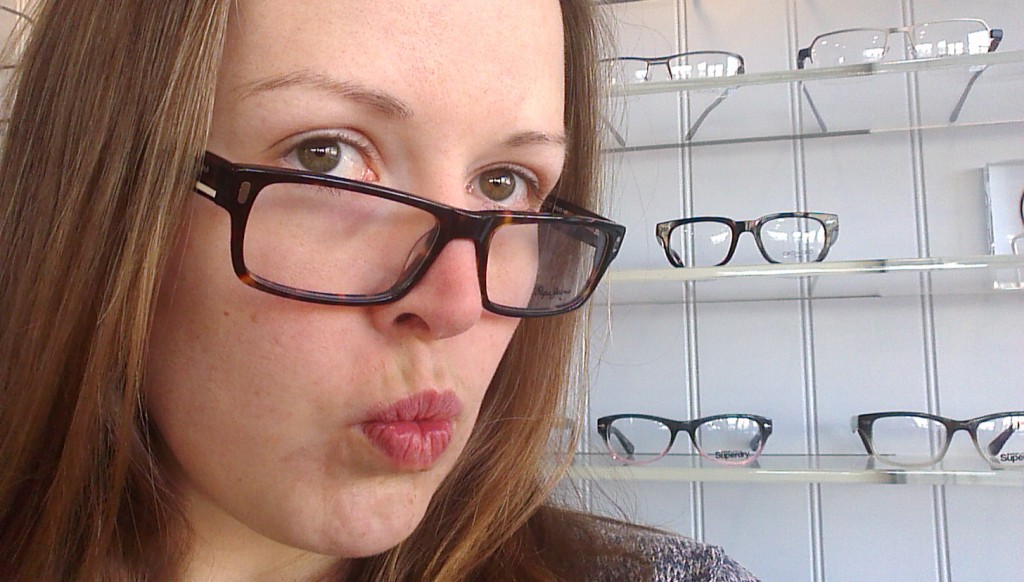 Sexy secretary? No? I tried… 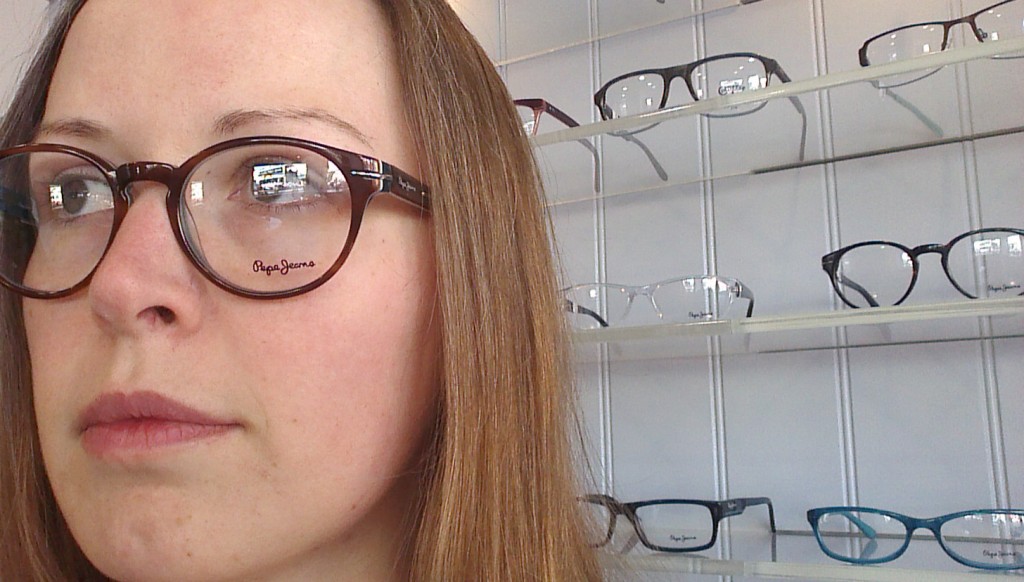 “Look at me and how thoughtful and intellectual I am!” 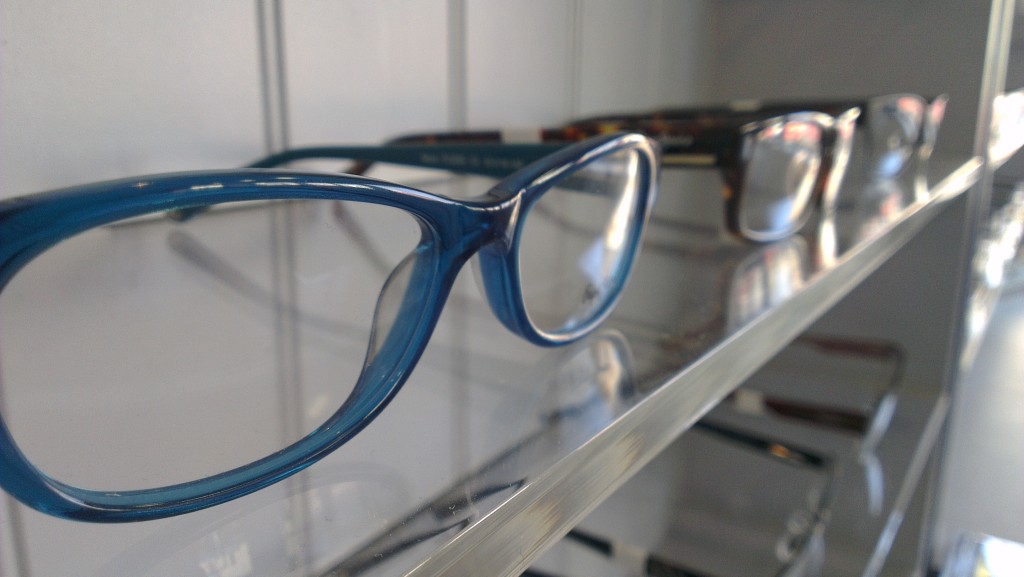 In the end, I relied on the optician to tell me what looked good, as I was overwhelmed and a little overexcited at all the colours.

For the next couple of days I waited nervously, having pretty much instantly forgotten what they looked like. Picking them up and wearing them out for the first time was a little bit scary, but after a reassuring compliment from an old lady in the street I felt a lot braver, and came home to take a picture of myself to show you.

So, I can reveal my new glasses here for you… 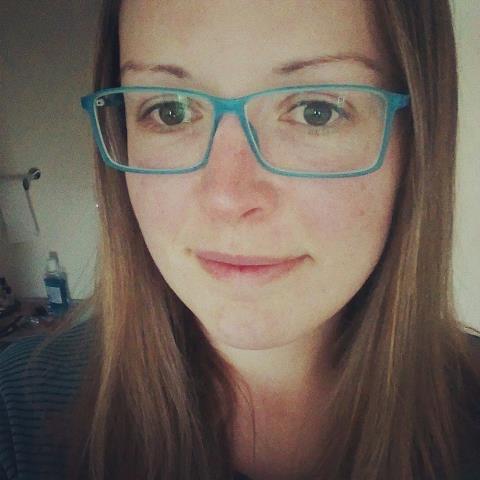 What do you think? Are you a coloured glasses fan? Have you ever been inspired by a positive mood to make an unusual choice about something?