Did you know that it’s Chinese New Year on Sunday? I didn’t until I googled it just now, but then I am a little lacking in culture sometimes. Never mind, I realised just in time to cook up something delicious! Any excuse for a prawn cracker.

Actually, prawn crackers hold a bit of a special place in my heart. When I was at secondary school, my best (and basically only) friend was Chinese, and her parents owned a takeaway. Quite often I’d go round there after school and help fill bags with prawn crackers. Their house, which joined on to the takeaway, was always full of wonderful cooking smells and boxes of onions in towers against the walls.

One thing I did learn though – the food that a typical Chinese family eats is nothing like the Anglicised version they serve up in takeaways. Authentic Chinese food is much fresher and lower in fat and the traditional New Year’s Eve meal – the equivalent of our Christmas dinner –  often has fish as its main ingredient, symbolising a profitable year ahead. Other kinds of speciality meat, New Year dumplings and treats such as Niangao – the Chinese New Year cake – are also served.

For my Chinese New Year feast, in light of my not terribly impressive culinary skills, I thought I’d cheat a bit and so popped to ASDA for some ready made stir fry vegetables and some Amoy goodies. 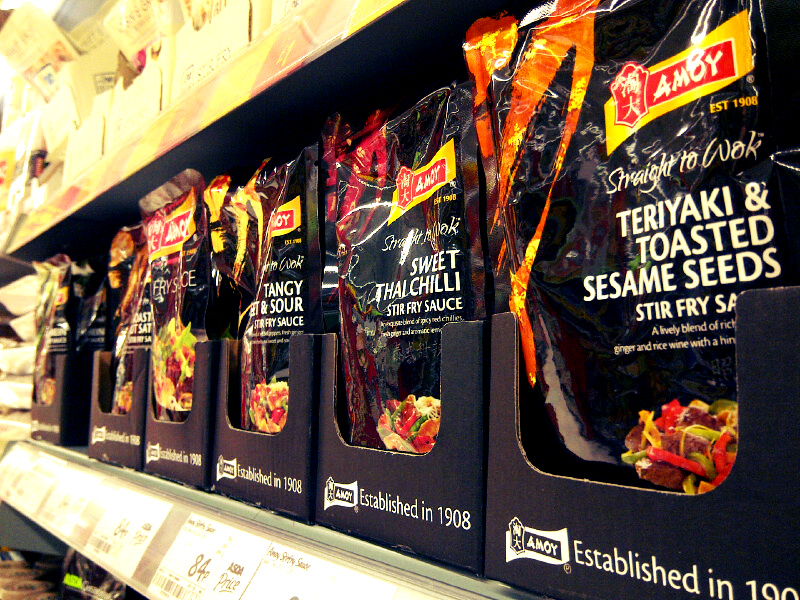 Click on the image to see all the photos from my shopping trip in a Google+ album.

I even treated myself to some king prawns as it was a special occasion and I would  like to make a bob or two this year.

Now as much as I love the idea of cooking, or at least eating something delicious, there are a couple of other Chinese New Year traditions that I’m not so sure about. In the run up to Chinese New Year for instance, the Chinese like to give their homes a thorough spring clean, as it is believed the cleaning sweeps away the bad luck of the preceding year and makes their homes ready for good luck. I’m not a big fan of cleaning, but I also don’t want to inadvertently curse the year ahead, so I have a little hoover round downstairs before I start cooking and ask Belle to do a bit of polishing. 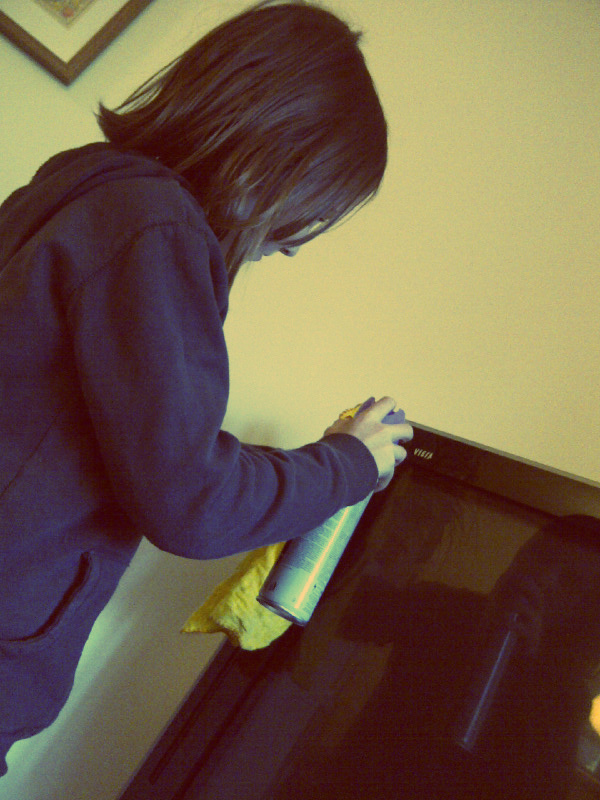 I say ask, but I mean bribe. There is a tradition on Chinese New Year of giving money in little red packets, so we do our own version of this and I find a red envelope to put some money in for Belle. I go in with an offer of a pound, she counters with three pounds and after some tough negotiations we settle on £1.01. She feels she has the moral victory. 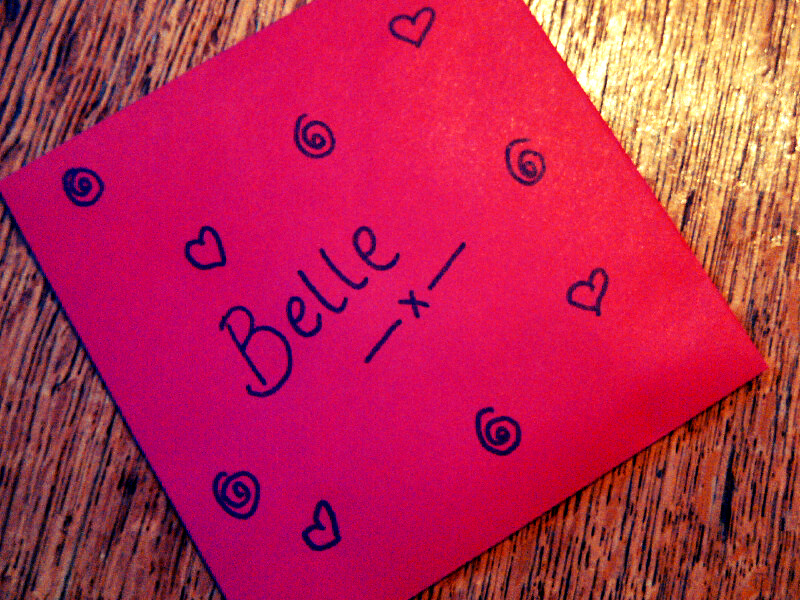 Then comes the cooking. Belle reluctantly helped out with a bit of stirring before running away shouting about it being too hot, but within minutes we’d stirred up a feast – vegetables, beansprouts, fresh noodles and king prawns in a teriyaki and sesame seed sauce. Even Belle ate it all, and she was very pleased at getting the chance to use her ‘bamboo drumsticks’. 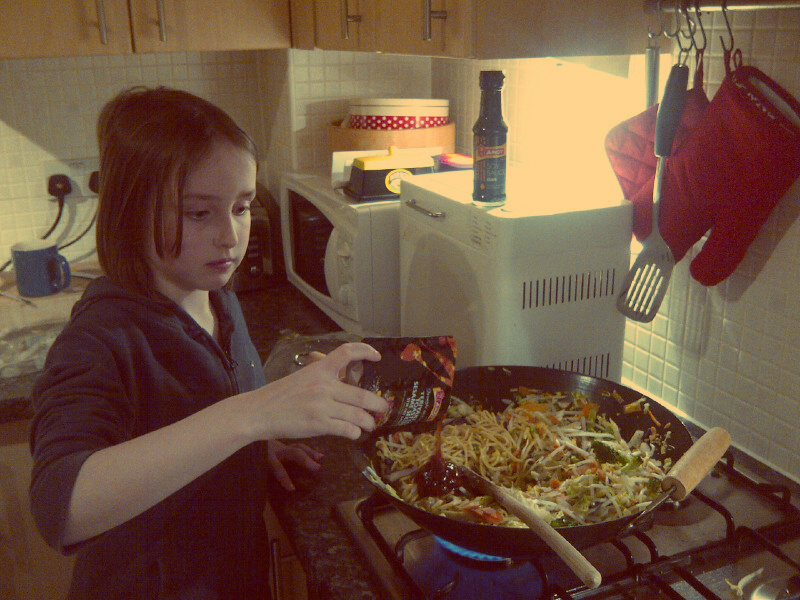 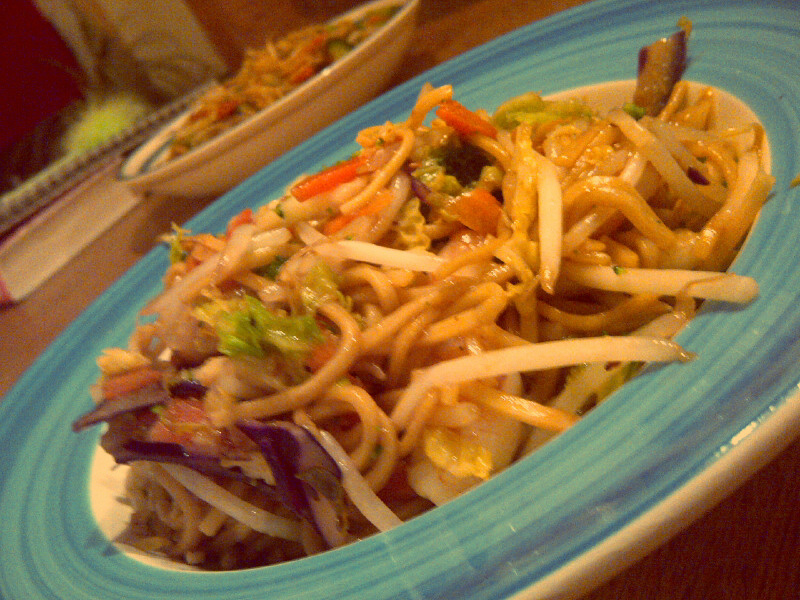 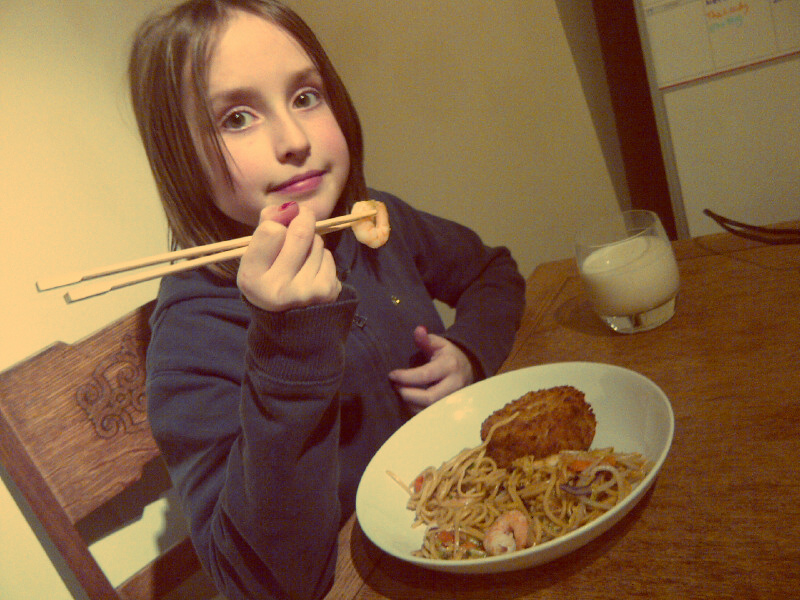 For want of a traditional whole carp, Belle had a fish cake with hers.