It’s official, the Sunday we spent at Camp Bestival was The Best Day of Bee’s Life.

We had a lovely weekend generally, helped along by the Pimms bus in the kid’s field, but the whole weekend was totally made for us all – well me and Bee at least – by our encounter with Seth Lakeman.

Bee has always been a massive Seth fan and over the last few years we have been to loads of gigs, seen him at festivals, and generally followed him about in a slightly stalkerish way. We were absolutely thrilled then to find out that Seth and his band were a late addition to the Camp Bestival line-up.

Much of the first day there was spent trying to find out exactly where and when he was playing, as he wasn’t in the programme, but eventually we tracked him down to a small bandstand on the Sunday afternoon. A bandstand! Did they not know who he is??

We rocked up half an hour before he was due to start and got ourselves a good spot on the grass right at the front of the stage. Me and my friend Vicky were happily swigging Pimms and lemonade out of our classy two litre plastic bottle, when I spotted Seth round the back of the bandstand! Seizing an unmissable opportunity, I grabbed my camera and Bee, and we scampered round the back of the stage.

Unfortunately, Seth was already walking away, but I shoved my way past a burly security guard and pushed Bee forwards. “Run after him!” I urged, and she did.

I thought she might call out, tap him on the shoulder maybe, but no – she ran up behind him and hugged him, burying her head in his back and squealing. Seth was suitably shocked, but Bee did her best to remain cool – “I’m hyperventilating!” – and he very kindly posed for a photo. 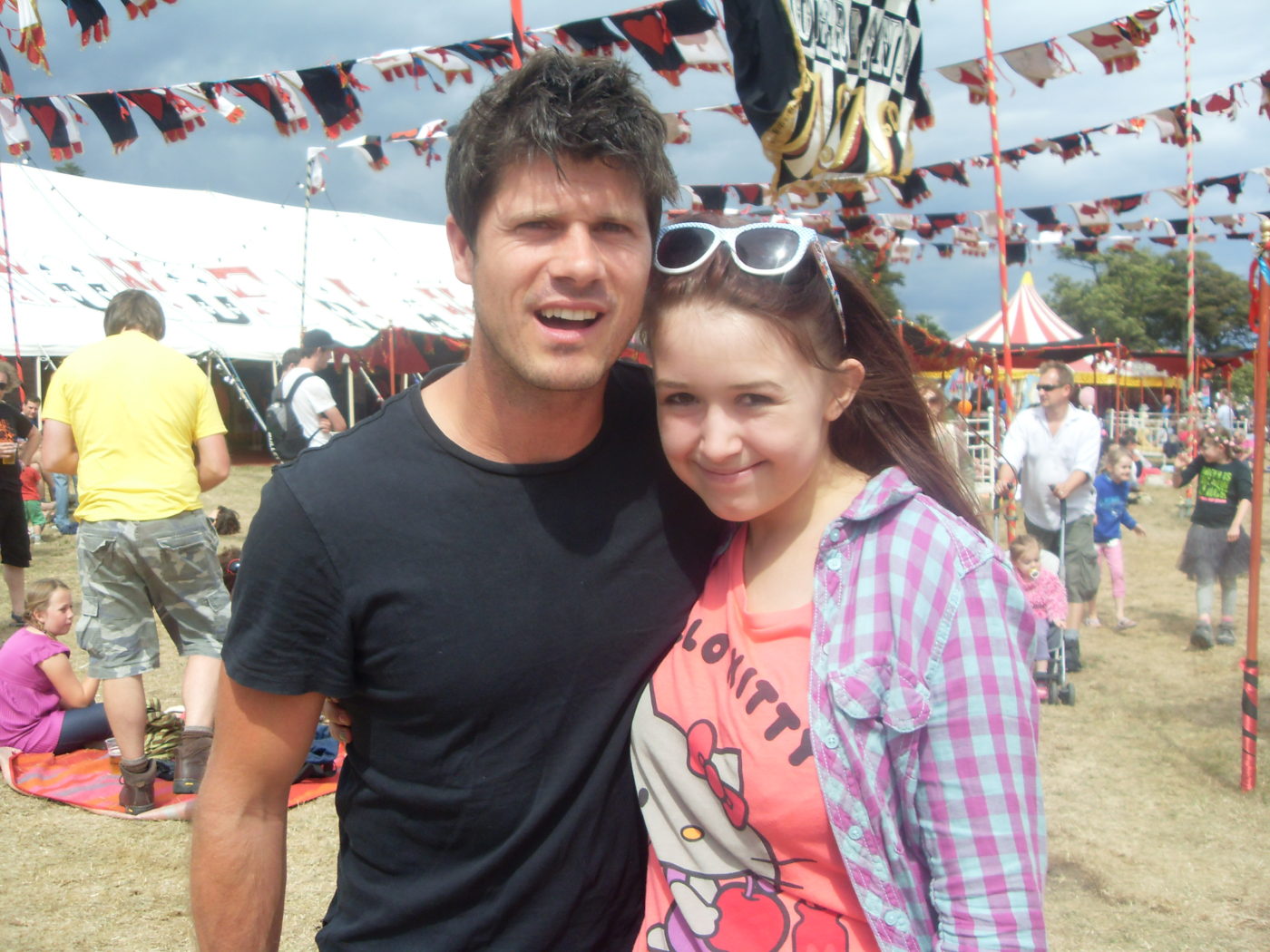 We went and took our places back in front of the stage, feeling slightly conspicuous, and Bee worked hard to control her breathing. The set was of course fantastic – Seth Lakeman is absolutely the best live act I have ever seen – and after they had finished we were inspired to carry on our stalking. Although Seth disappeared pretty quick, the rest of the band stayed to pack up, so we decided we would try and get a picture of everyone. And we did. This is Sean, Seth’s brother: 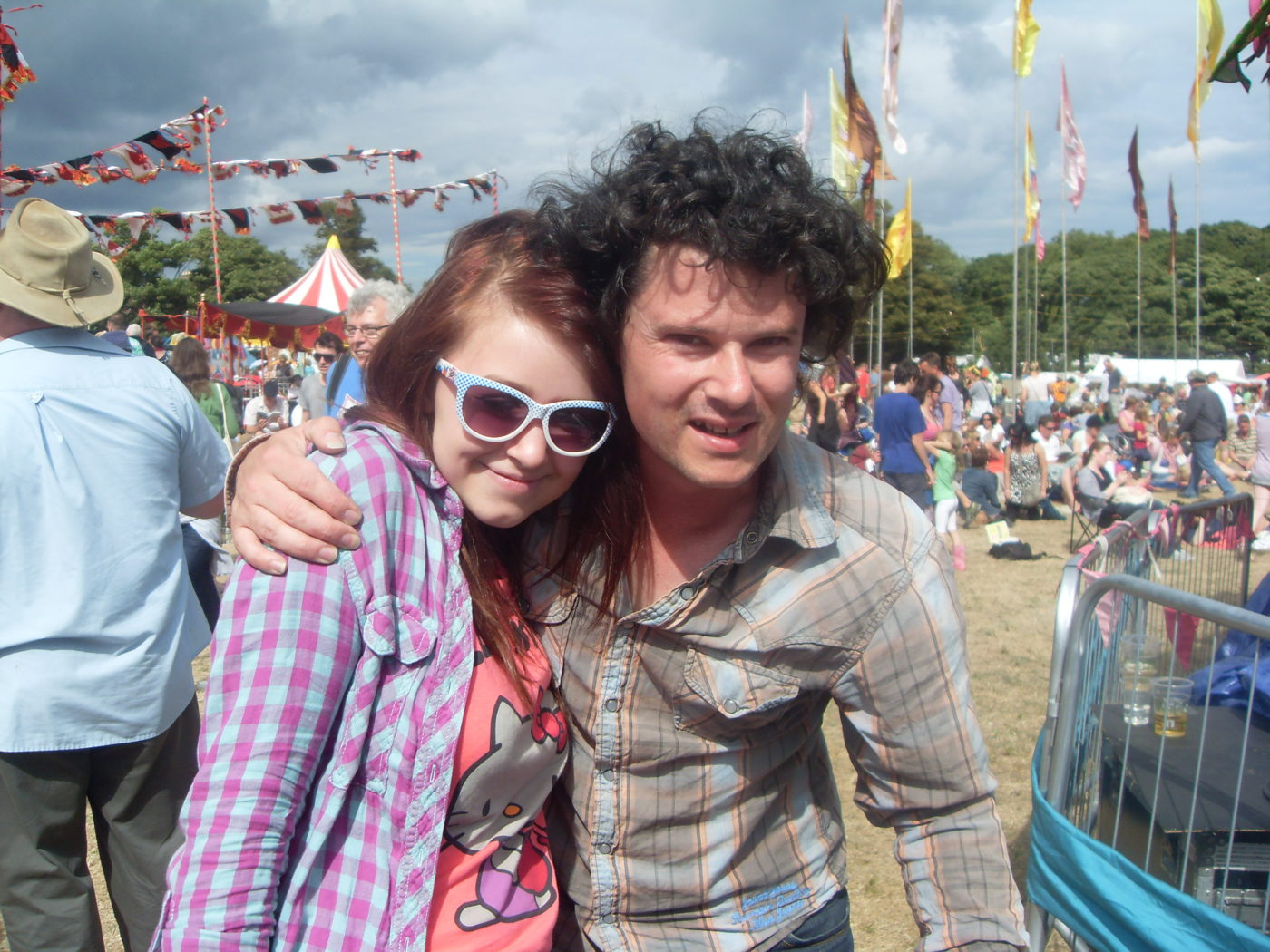 And this is the drummer. We call him Rob, as he looks like a friend of ours called, funnily enough, Rob: 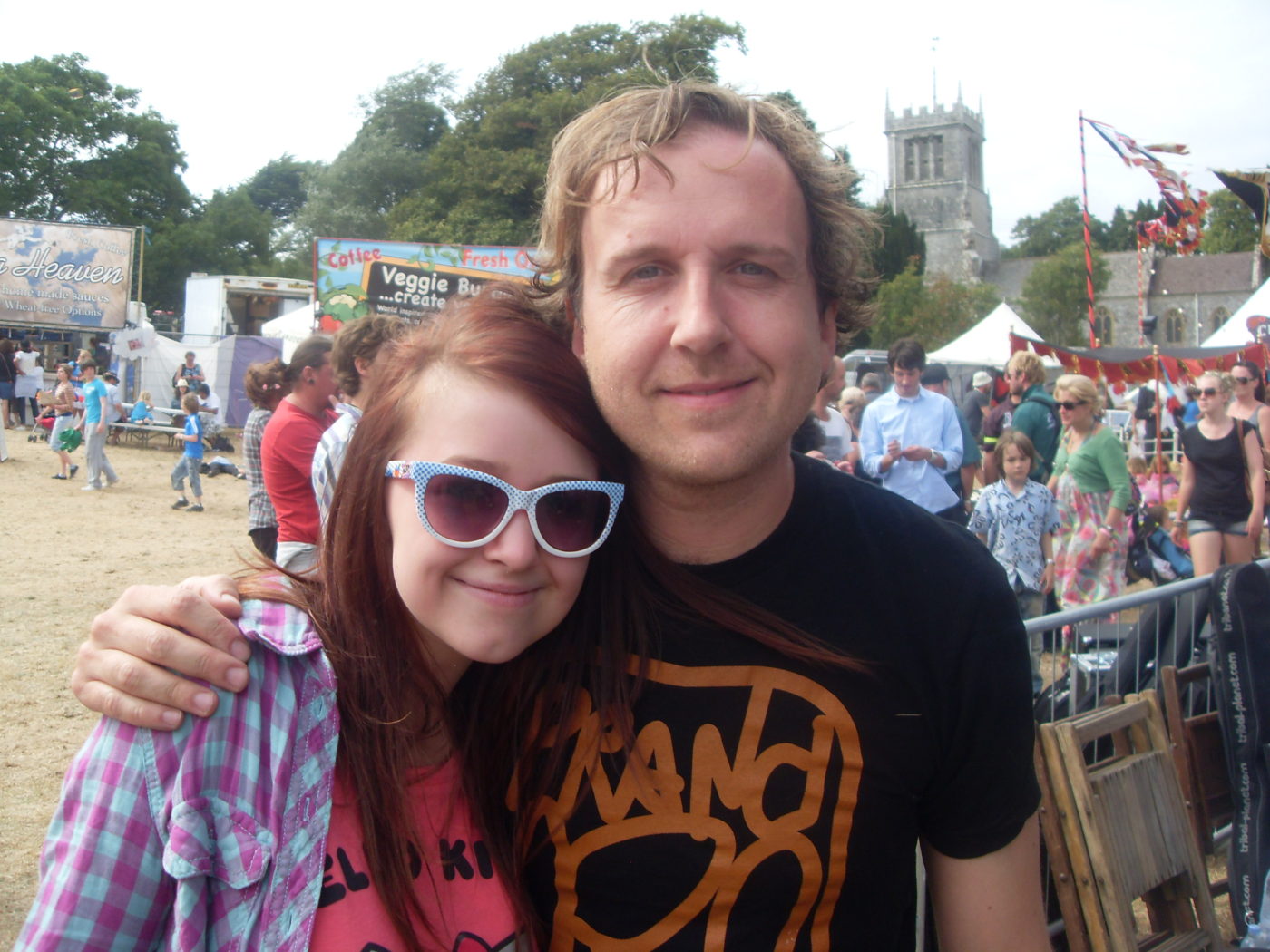 And this is Ben, who plays double bass and sometimes banjo: 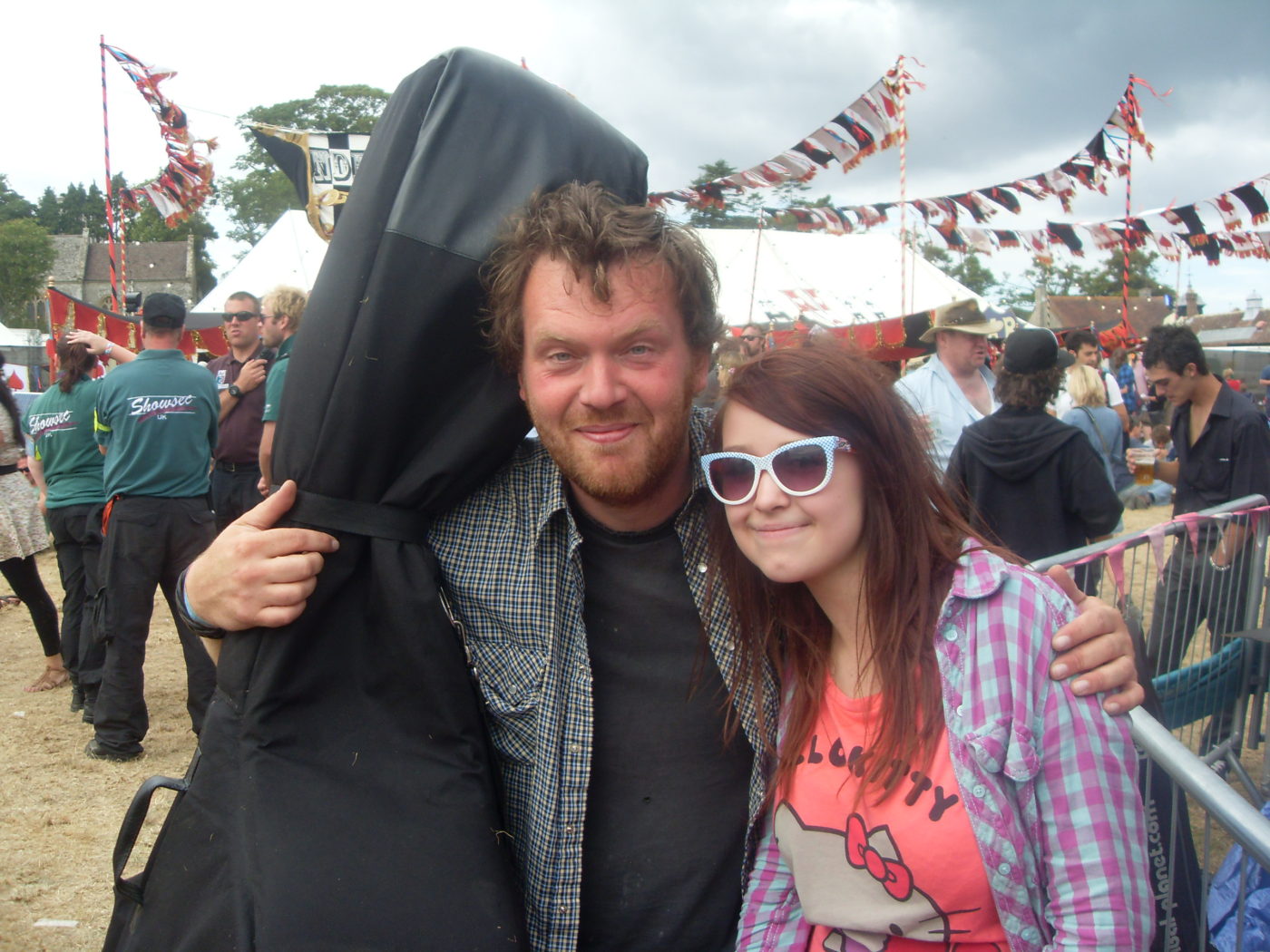 I think she looks suitably pleased with herself doesn’t she?

It was a lovely moment for a mummy :-)