If you’ve ever watched Death in Paradise, chances are you’ve longed to spend a tropical evening on the edge of the water at Catherine’s Bar, gazing out over the sands and sipping a cold beer. Sure, if you were in Death in Paradise you’d also be looking over the case files from a baffling murder in a locked room but let’s be honest, that’s only going to add to it isn’t it?

Well, without wanting to make you too jealous, take a look at me, just this week… 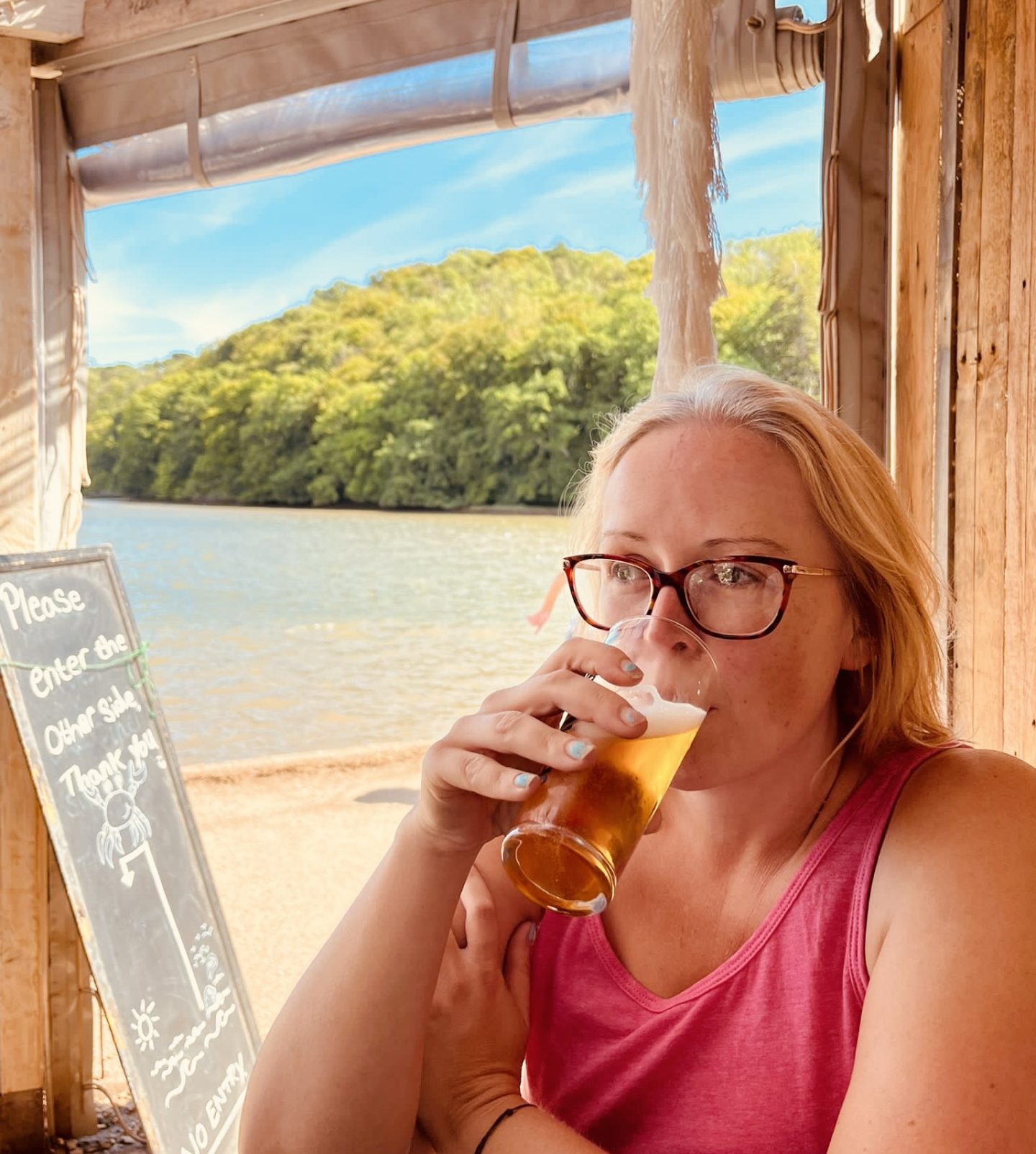 Right?? It’s basically Guadeloupe. Except that it’s actually the River Shack at Stoke Gabriel, near Totnes, in Devon. I know, isn’t it gorgeous? We were even sat on a shack style patio. I just needed Catherine to saunter over in one of her long dresses and big hoop earrings and offer me a rum and I could have been there, about to crack the case.

I’d never been to Stoke Gabriel before but I’d been doing some research into dog friendly restaurants in Devon and was lured by the River Shack photos and also the promise of an ancient tree in the village churchyard that can grant wishes if you walk backwards around it seven times. 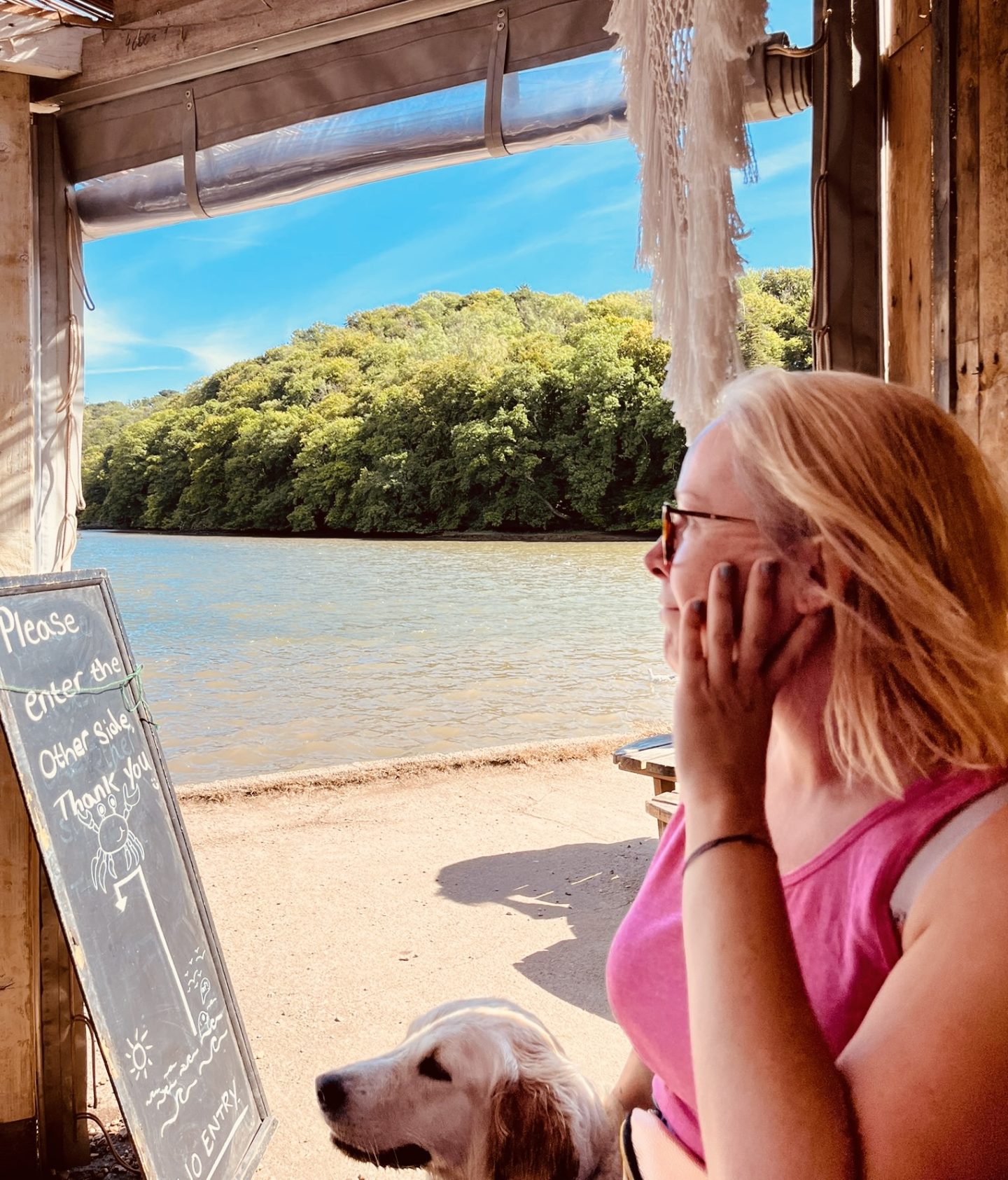 There is just something about the combination of water, blue skies and forest that’s unbeatable isn’t there? Even better, the River Shack is super dog friendly, so Mako got to enjoy it with us too.

(This photo gives the impression that we can take her out for dinner and she will sit nicely or lounge quietly under the table while we enjoy our food. She does not. We’re working on it though.)

The cold beer, (which was a very tasty local one), was very much needed to be honest by the time we got there as we had spent a very stressful forty minutes beforehand trying to wrestle the dog into a well-behaved walk when she was very obviously overwhelmed by there being so many people and smells and seagulls. Stoke Gabriel is a very beautiful spot, and there were lots of dogs about, it’s just that Mako is used to being alone in fields and the sight of so many people in one place crabbing is a bit much for her. 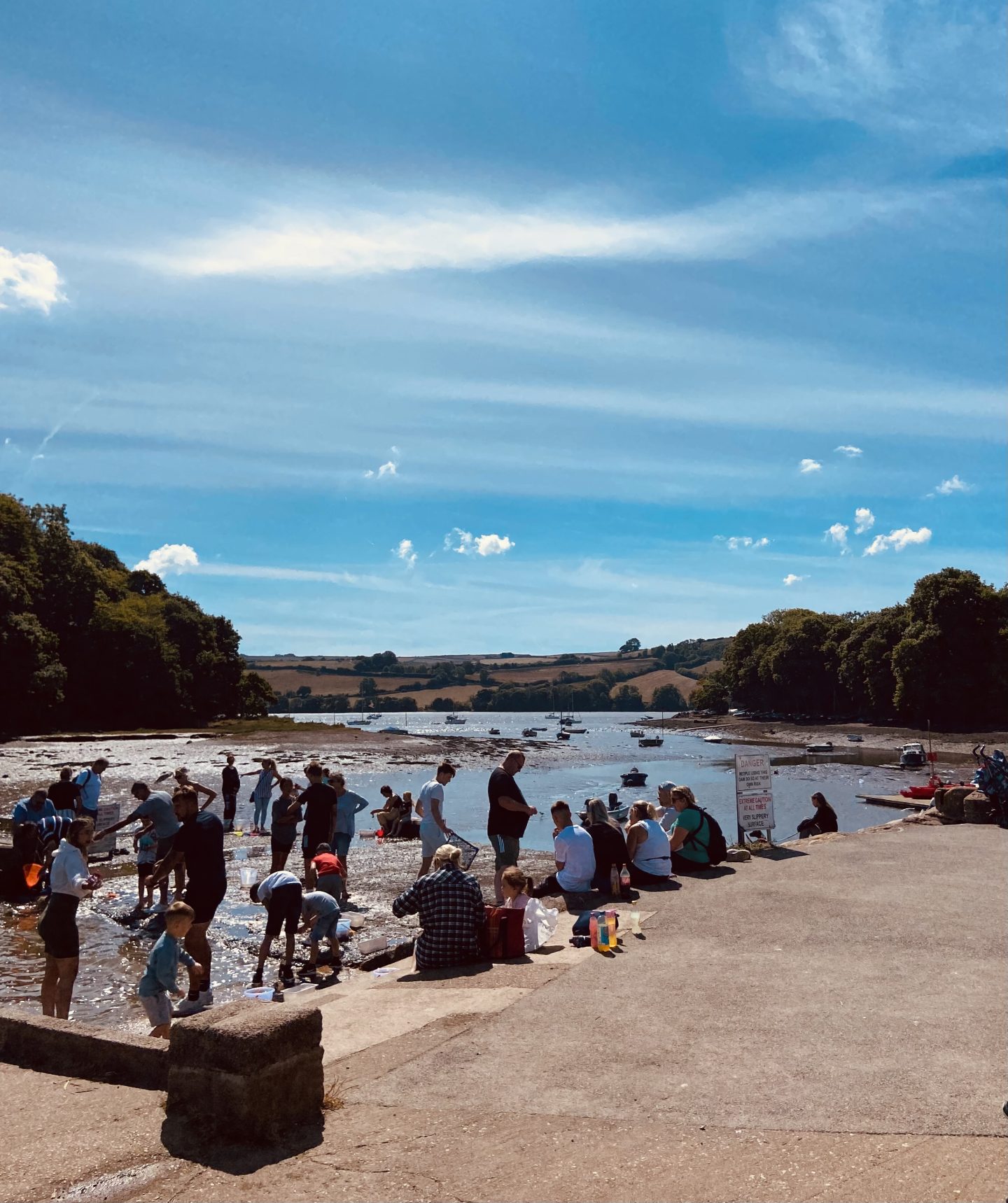 That said, she did do very well at the River Shack. We’d booked through Open Table and there is a section on the booking form to add special requests or notes, so we’d asked for a table outside, ideally with a little bit more space around it or tucked in a corner so that she could be a little bit quieter, and they delivered on that.

Open Table, if you’ve not come across it before, is a restaurant booking platform. Some places, like the River Shack, have it integrated into their website for bookings, but you can also go to Open Table directly and browse by area – Devon restaurants for instance – and read reviews, see pictures and check out menus. River Shack gets 4.8 stars out of 5 on Open Table and I would say they are very much deserved.

The focus is very much on local, fresh produce, so their menus are up on a blackboard and change regularly depending on what’s available. They feature plenty of fresh fish and seafood options, including things like potted Brixham crab and Cornish grilled sardines. Belle had a cerviche made with fresh roasted tomatoes and peppers and I had a delicious coconut laska made with haddock and prawns. It was simple and excellent, exactly what you want in a restaurant. 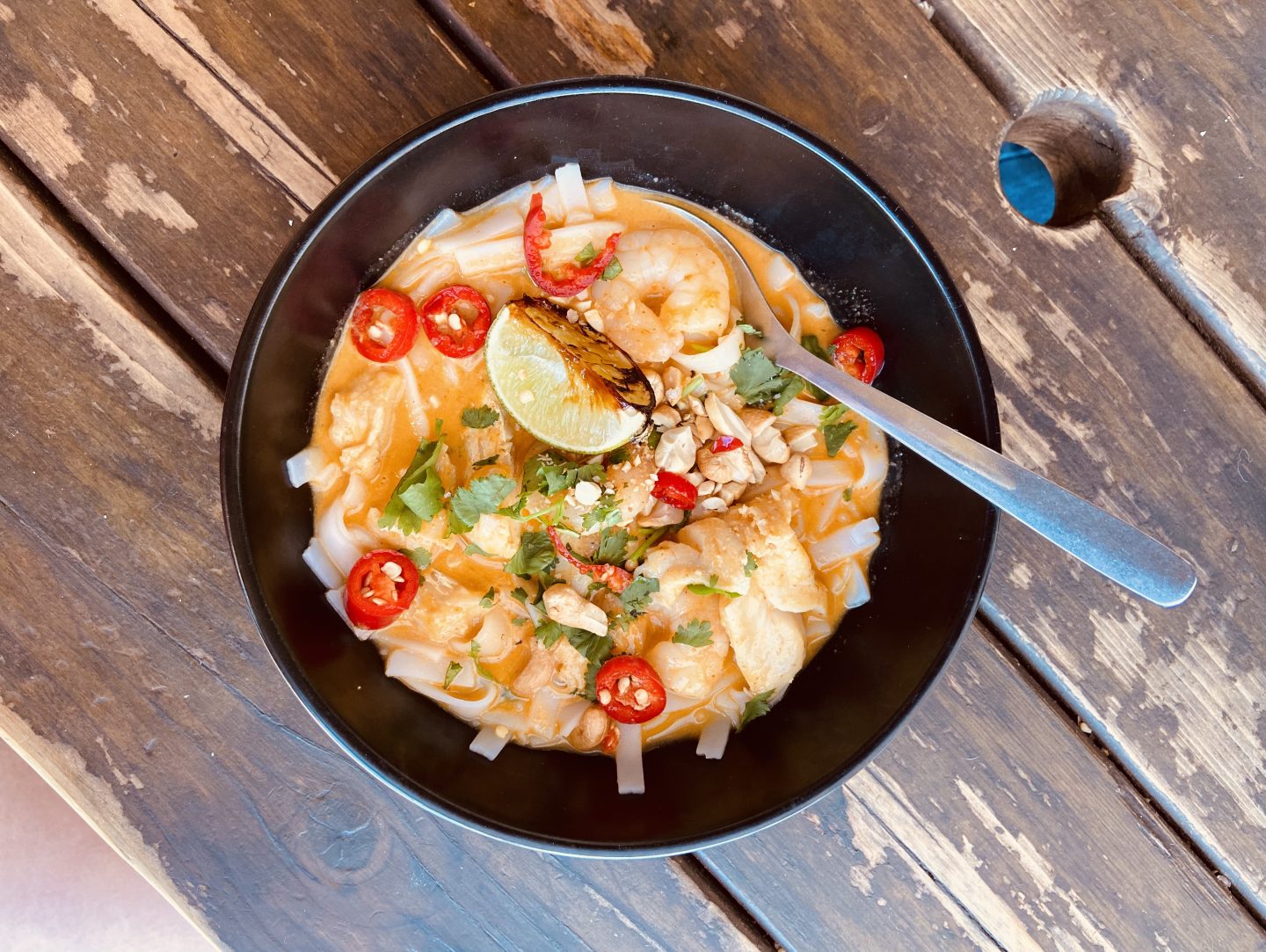 Value for money wise I thought it was fantastic – £35 for two main courses and two alcoholic drinks. We had a large bottle of tap water provided before we’d even asked for it and the staff were friendly and checked in on us regularly. When you compare this to a standard pub we went to later in the week, (we were on holiday, not just being extravagant), where we paid £49 for two drinks and two meals which weren’t as nice, it was so much better value and a much nicer setting too.

We could easily have stayed for pudding but Mako was getting twitchy, so instead we got takeaway ice cream from a separate little ice cream bar that the River Shack run from the other side of the building. All in all I would definitely recommend a visit to the River Shack, even if you don’t have such gorgeous weather – they have a log burner inside and the outdoors space has a roof!

The only thing that could have made it better would have been the mystery to solve.