In association with Ageas

Generally I’d say I’m a pretty good driver. I check my mirrors all the time, I indicate, mostly when I’m meant to, and I always check my blind spot. I get bad motion sickness, to the point where I can feel sick while I’m actually driving, so I always try to drive nice and smoothly too.

I *sometimes* twist the car sharply from side to side just to scare the children, but only if there is nothing behind me, so I think that’s totally acceptable. I also like to freak them out a bit sometimes by taking both hands off the wheel, but if you’re going in a straight line, how important really even IS the steering wheel? 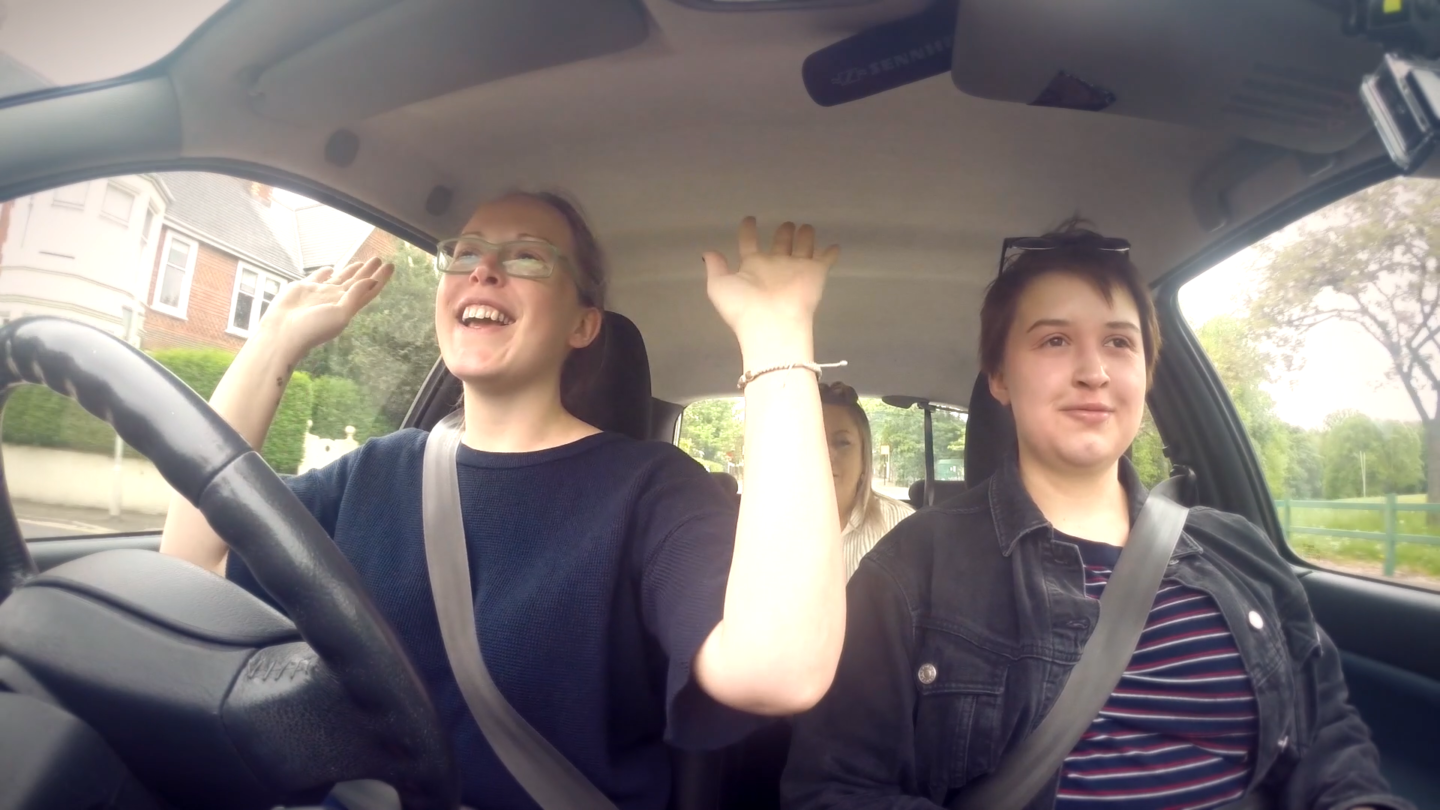 I took part recently in a little driving experiment with insurance company Ageas. I was told that the project was all about parents teaching their children to drive, and as Bee has had her provisional licence for years now, and had about 20 lessons while she was at university in London, I figured she’d be pretty good. She did keep telling me that she felt VERY NOT OKAY about the whole thing, and that cars make her anxious, but I assured her that it would all come flooding back once she got behind the wheel.

Things did not flood.

I should have realised it wasn’t going to go well when she asked where the ‘key hole’ was and tried to put the key into the end of the ignition stick, but we stuck at it for about twenty minutes, trying to get into gear and going gently backwards and forwards in the car park. Eventually, after I’d had to grab the wheel to avoid hitting a parked car, we decided that perhaps it would be better if I drove and just tried to teach her helpful things as we went along.

In Bee’s defence she did tell me from the start that this was what was going to happen. I had just chosen not to listen, as is often the way.

So off we went, with me driving, pointing out speed limits and letting Bee do the gears. When we arrived at our destination and there were fewer cars around Bee had another go, and did do very well in first gear for a few minutes. Then I drove us back again and we were taken inside.

AND THEN THE BIG REVEAL.

It turns out that the ‘member of staff in the back seat just for health and safety’ was actually a driving instructor, there to check out my skills as a teacher and driver.

She was NOT a fan of my ‘hands off’ approach to driving as you can see in this short video:

One of my favourite bits is at about 1 minute 20 seconds in, where the driving instructor looks like she might be trying to control a panic attack.

And did you see the pop up at 1 minute 40? Who knew you weren’t meant to let your passengers do the gears?? My mum and dad used to let me do it when I was little and it was so exciting. I genuinely thought that it was a helpful thing for kids to do, to teach them about how gears worked?

I guess this is why I am NOT a driving instructor.

Two other parent bloggers took part in the experiment alongside me – Nigel from DIY Daddy and Ali from Mum in a Nutshell – and you can see how all three of us got on, and find out more about what our kids think of our driving, on the Ageas website here.

What’s your worst driving habit? Leave a comment and let me know!