I’ve always had really vivid dreams. Often they have a feature film quality to them – big long adventures that feel like they go on for hours and that leave me feeling exhausted when I wake up in the morning.

In the last couple of weeks though, I’ve had some really weird dreams, dreams that have left me feeling a bit awkward with myself.

‘Er… dude, did you just dream that? Are you okay?’

Like the dream about the extra arms. They had grown out of either side of me, from my waist, and were the same size and shape as my regular arms. I looked it up afterwards, and dreaming of having extra arms is a classic apparently when you feel like you have a lot going on, and literally could do with an extra pair of hands, but in all the interpretations I read, the extra arms were helpful.

My extra arms were intent on making life as difficult for me as possible, and were totally outside my control. Their favourite thing to interfere with was me going to the toilet. In the dream I was desperate for a wee, but every time I tried to go, the extra arms would wrestle with me to pull my trousers back up. It was really not cool. There I was, shouting at them, and trying to wrench them off my pants, and they were just looking evil and chuckling to themselves. (They probably weren’t actually chuckling, because they were arms, but it felt like it.)

And then there was the dream where I discovered I had a magical power. If I looked at someone that had made me feel angry or anxious, and stared hard, they would go kind of fuzzy, and then turn into a can of tuna. 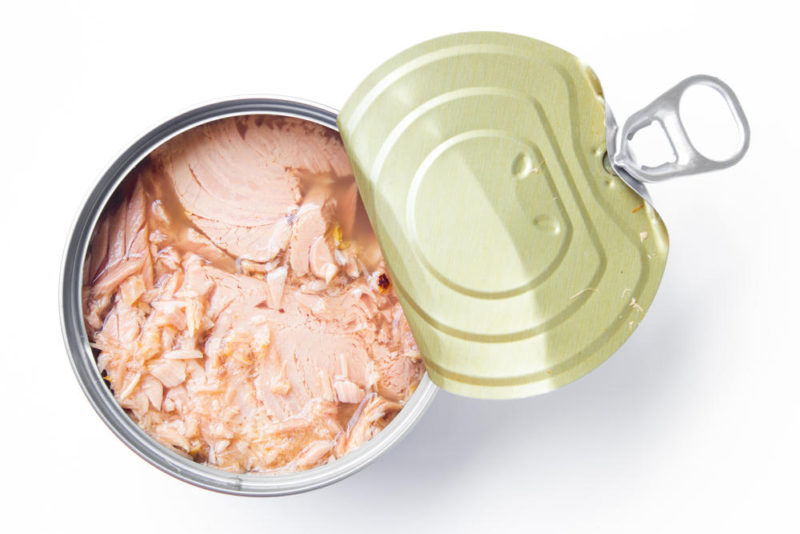 I mean, that’s weird isn’t it?

This magical ability was a novelty to start with, but then it went a bit mad, and I couldn’t control it any more, and suddenly there was a lot of tuna. I won’t go into the plot, but let’s just say it was very complex and went on for a long time. I got really scared, and couldn’t look at anyone directly – what if I accidentally turned someone I loved into a can of tuna? What if someone realised it was me, and locked me up in some sort of… well… I don’t know what. Where do you put a crazy lady who can’t help but turn people into tuna with her eyes?!

I looked up what it means to dream of a can of tuna, but there wasn’t a lot of specific information to be honest. One website said ‘To see tuna in your dream symbolizes stamina and agility. Through your life experiences, you will build character and become stronger.’ That sounded okay to me. There was a lot about fishing, catching fish, holding fish, but very little about the ability to turn people into canned fish with the power of your mind, funnily enough.

I’d say I could do with a sleep, but well, I don’t really think that would help, do you?

What are your weirdest dreams?