2.  Our National Trust membership for 2016 has already paid for itself.

Two random facts you might think, but they do link back to each other.

I introduced Downton to Belle and Jo last year.  We powered through the first few series, and then when we were all fed up with the bad luck thrown on Anna and Bates we took a break. We picked up again in December and watching the final episodes at the end of January.  I know the girls were getting fed up with me commenting on Lady Mary’s wonderful dresses and exclaiming “She’s so like me” every time Dame Maggie Smith made a waspish comment, but the whole experience did prove to be food for thought.

Julian Fellows must be applauded for the way he portrayed the social changes in country houses and English society after the First World War.  Changes in social conditions and the lack of young men meant country houses started to shut at an alarming rate as the aristocracy lost the ability to run large estates.  Over 600 houses were destroyed around the time of the Second World War as our nation’s great houses became derelict.  From a historical point of view it’s a staggering statistic to think what historical gems we lost.

Now that lots of National Trust properties are open throughout the winter, (take a huge bow, and thank you for giving families an excuse to get out in the dark months), we’ve ticked off the majority of the properties in our immediate area.  I’ll be honest and say that I’d put Barrington Court near Ilminster at the bottom of the properties I’d wanted to visit, purely based on the fact that it had no furniture in it.  How stupidly shortsighted I was.  It was my favourite of all the properties we’ve visited lately and is a real testament to what the Trust is all about. 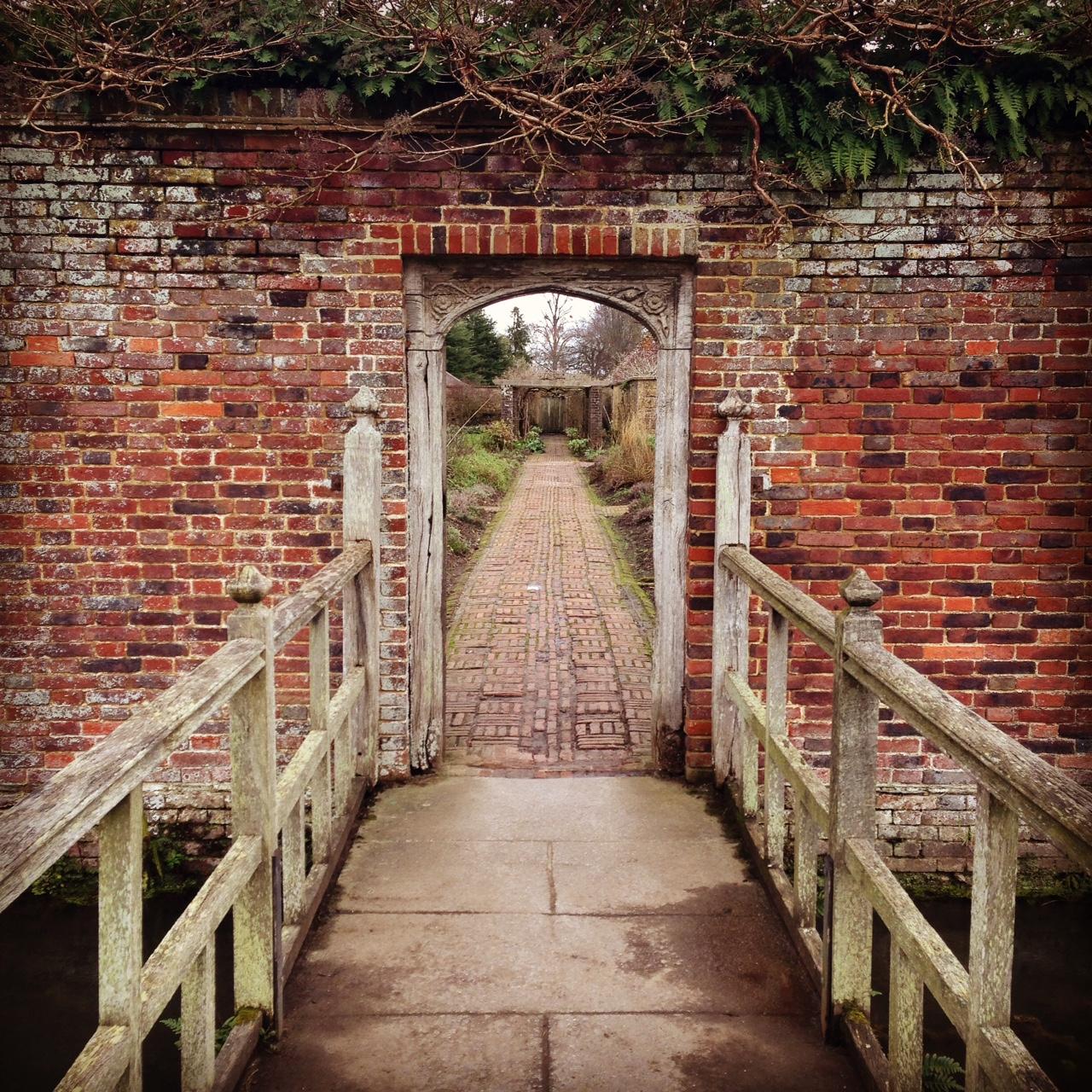 In the gardens at Barrington Court

You can’t imagine that a house like it was left derelict for so long – in fact, it was the opposite to the Downton story, and it wasn’t until the beginning of the 20th centuary that the Trust, with the enormous support of the Lyle family, started to rebuild what was a glorious Tudor Manor house.  It’s inconceivable how much money the Lyle family and the National Trust must have pumped into the estate, and I’m so impressed I’ll never buy sugar from another company again – and that’s a promise.

Never mind the stunning gardens, architecture and grounds, the lack of furniture actually adds to how breath-taking the house is.  My imagination ran wild working out how the house would have looked, or, as I would have it.  Jo and I always go around National Trust properties working out where we’d put the Christmas tree and where I’d have the piano. I will normally walk through the grounds and question where I’d put a cricket pitch.  I did this at Barrington and to my sheer delight, (and it really was delight), there WAS a cricket pitch exactly where I said I’d put one.

In one of the upstairs rooms at Barrington is a recording by Andrew Lyle describing his childhood at the property.  We listened to it looking out across the front lawns.  “In the summer there was a wood pigeon nesting outside my bedroom window, and the only other thing I could hear on a summer’s evening was the occasional sound of a ripple of applause and leather on willow from the cricket ground”.  If you could bottle my personification of the idyllic perfection, that would be it. 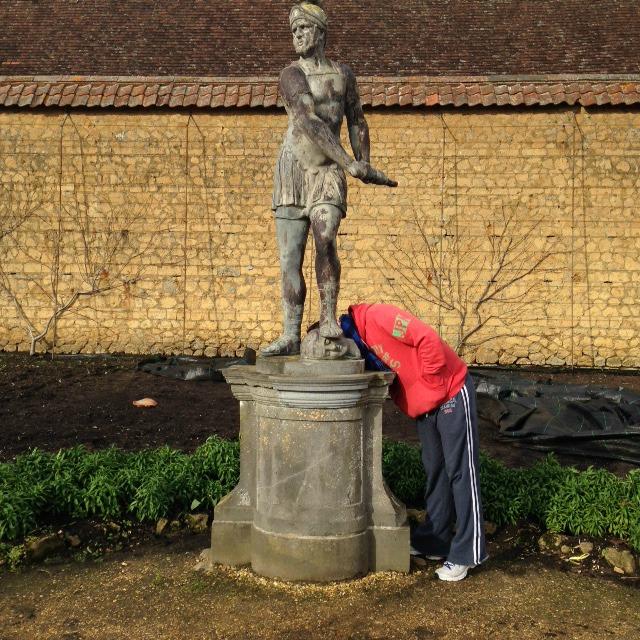 So, pats on our backs for getting out and enjoying so many treasures so early in the year.  We haven’t just been to houses either – we even managed to persuade Belle to join us on a walk to Wellington Monument.  I must have driven past it hundreds of times on the M5 but never gave it much thought.

Pats also on the back of the Trust, for so many reasons – the second hand book sales (which pop up at more and more properties), the great tea shops, the gift shops which make me reminisce every time about how TERRIBLE they were in the 80s, and the wonderful, wonderful staff and volunteers.  My award goes to the guide at Coleridge Cottage in Nether Stowey for the way they dealt with a stereotypical know-it-all visitor who kept interrupting and asking questions they already knew the answers to.  They didn’t trip the guide up, who managed to keep their cool throughout.  I’d have kicked them out. 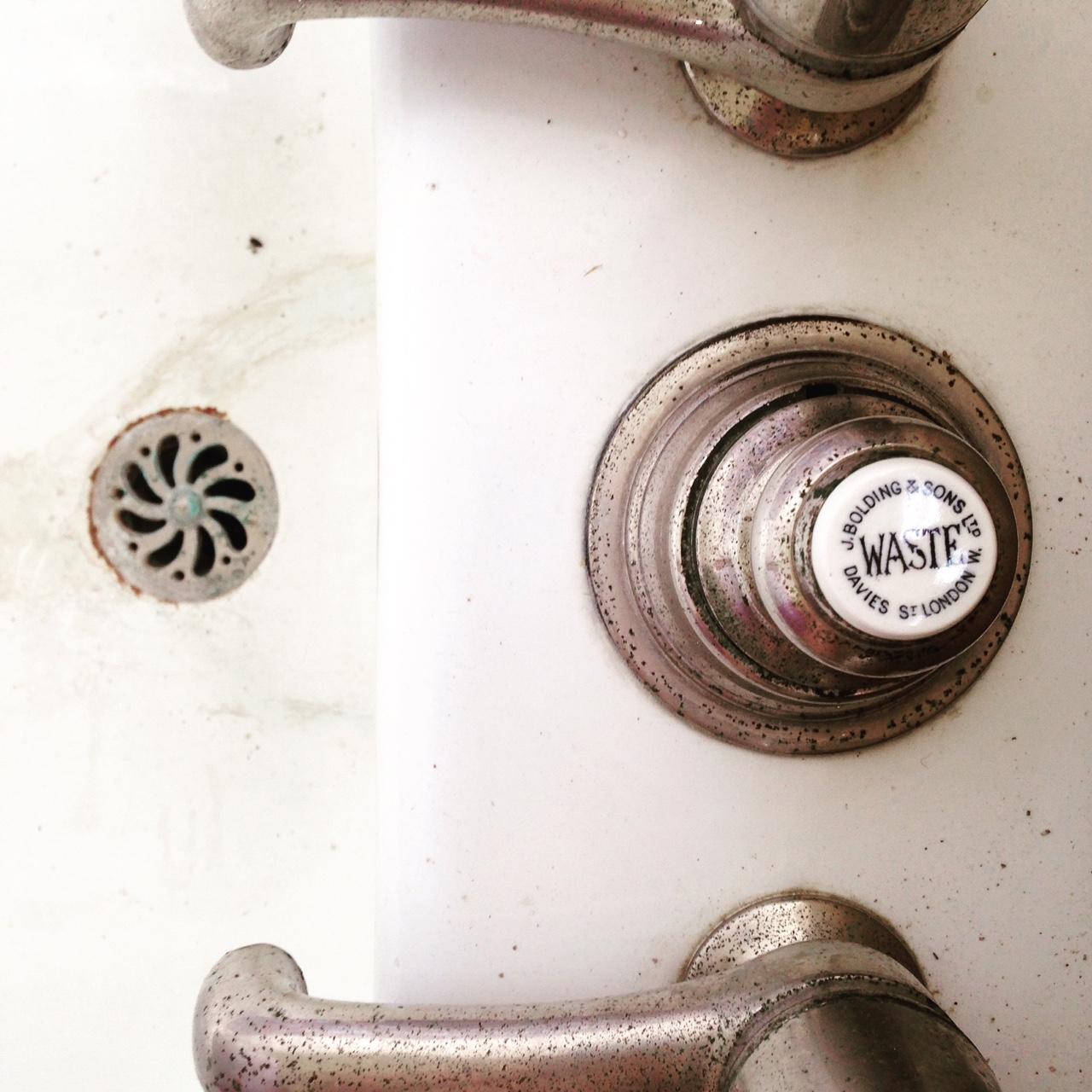 Again, the Trust came up trumps for their childrens’ activities.  I’ve talked about them before, but the ability to be hands on and try writing with a quill, dressing in period costume and touching things is so important to inspire the next generation.  Best was the Sherlock themed events at Tyntesfield, inspired by the property being used for the BBC Sherlock Christmas special.  We watched it as soon as we got home. And serendipitously, we now have a new series to enjoy together.