John Adams is a stay at home dad with two daughters; Helen aged six and Elizabeth who is three. John blogs about his experiences as a man who ‘holds the babies’ at http://dadbloguk.com. He has also published a book, A modern father (…and dad blogger), and regularly appears in the media commenting on parenting issues. He is married to Gill, who works full time.

In this blog post John admits to his slummy, parenting fails. Have a read and see how similar a dad’s mistakes are to a mum’s. 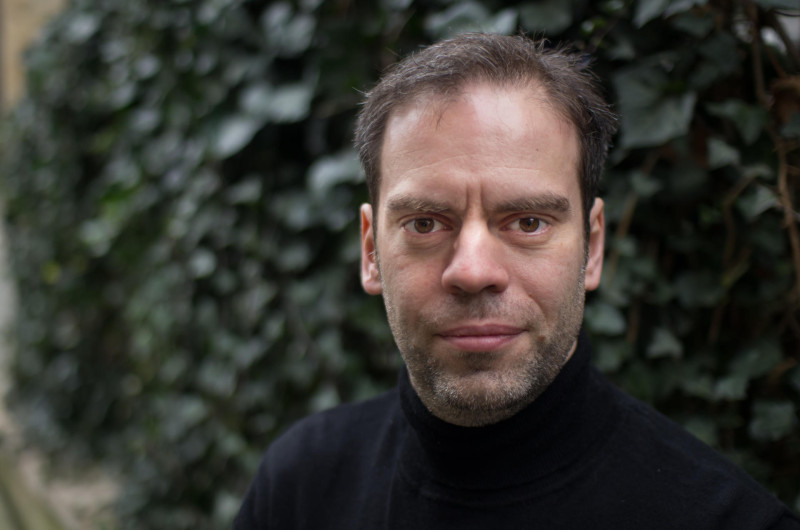 Every now and again I get told what a wonderful dad I am. It may be true, it’s not for me to say, but overzealous praise can be an occupational hazard of being a stay at home dad. People simply aren’t used to seeing a man spending so much time with their kids. When they are presented with someone like me, they can be full of well-meant but essentially misplaced praise. I’d never, ever claim to be any better than any other mum or a dad.

Trust me, a dad in my position is just as capable of making mistakes or having bad habits as any mum. In no particular order, here are five examples of my less than perfect parenting behaviour.

Messing up the toddler’s lunch

Generally speaking I am very good at planning the family’s evening meals a few days in advance and breakfast is always healthy and starts with fruit. When organising lunch for my toddler, however, I can be a complete numpty.

My toddler spends three mornings a week at pre-school. When she does, she has lunch there and I collect her immediately afterwards. This means there are only two days during the working week when she is at home with me at lunch time. On several occasions, especially during busy periods such as on the run up to Christmas, I’ve completely forgotten to plan in advance for her lunch and had to put together bizarre combinations of food to ensure she’s fed. Either that or the tin of soup / baked beans I was going to give her turned out to be peaches and I’ve had to completely rethink my plans.

Dressing the toddler in her sister’s clothes

With two rapidly growing children, I am sometimes guilty of dressing Elizabeth in her sister’s clothes. I can think of one occasion when I dressed Elizabeth in her bigger sister’s shorts, erroneously thinking they were trousers. What can I say? They were a really good fit.

Getting to grips with haircare

This is a particular issue that dads face if they have daughters. You have to learn about female haircare which is far more complex than men’s. Over the years I’ve learned all about the wonders of conditioner and tangle teasers.

When my eldest daughter started school, she had long hair. To ensure her hair was school-uniform compliant, I would send her in with hair held in place with an amazingly complex array of clips. Even so, she’d come out at the end of the school day with very disheveled hair and when her class’s formal picture was taken, my complex array of hairclips failed and hair was covering her face.

I noticed one day that all her female classmates had much shorter hair. Although I faced some resistance from my wife, I got Helen’s hair cut to about half the length and it’s been kept in the same style ever since.

Listening to my children…

When your children are infants, you have to make every decision for them, but as they get older you have to take their wishes into consideration. Even so, if you’re at a theme park and your three-year-old wants to go on a Pirate Ship ride, I’d suggest you pull rank.

I found myself in this position when Helen was younger. As she was keen, confident and met the minimum height criteria I went on with her. She didn’t like it one bit and there were tears. Lots of them.

Having been asked to come up with some slummy examples of my behavior, I think this is probably my personal Gold Standard. When my wife returned home from hospital with our second child, we went for nine days without sheets on the bed.

The birth had been straightforward, but Gill was subsequently re-hospitalised with suspected eclampsia. It was a stressful time and when we were reunited as a family there constantly seemed to be bigger things to worry about. What does bed linen matter when you have a newborn baby to deal with?

Parenting is learned, it’s not instinct

Those were a few examples of my less than perfect parenting behavior. I’m not a big believer in parenting instinct, I think much of it is learned over time. I’ve made many mistakes with my eldest and my youngest is benefiting from what I’ve learned.

What do you think? Do you think parenting is learned or instinctual? What mistakes have you made? If you’re feeling brave enough, why not admit to a few mistakes of your own?

PS John has just relaunched his Facebook page. You’ll find him at http://facebook.com/dadbloguk. If you like what you’ve read, go and give it a like to stay up to date with John’s blogging and writing activities.