Written by my charming fiancé, who accompanied me this month to Beach Cove Retreat.

It’s a mixture of being thankful for not having to go back to school, the weather tending to be lovely and the fact that Christmas is just around the corner. Devon and Cornwall are particularly nice at this time of the year. The beaches and roads that were clogged with families and holidaymakers a couple of weeks beforehand are now quiet, but the weather is still nice enough for you to be able to dip your toes into the Atlantic and lick an ice cream on the beach without catching hypothermia.

Having done lots of lovely family things over the preceding couple of months, Jo and I had been looking forward to going to Ilfracombe on our own ever since the schools went back. The timing was perfect – work was suitably stressful for us both and our departure on Friday was hastily arranged. We didn’t so much pack, as throw whatever clothes were clean into a bag. In fact, we weren’t going to Ilfracombe but to Beach Cove Coastal Retreat at Hele Bay, which is just up the coast.  It sounded perfect for a couple with raised blood pressure and the need to unwind.

Beach Cove Retreat is a new development right by the sea.  There are 25 or so beach huts finished to a high spec, some even coming with hot tubs. They’re located right on the cliff side, all facing the sea, so the views are stunning. The furniture in our hut was arranged to make the most of this, with a big, comfy sofa opposite large, beach facing windows. 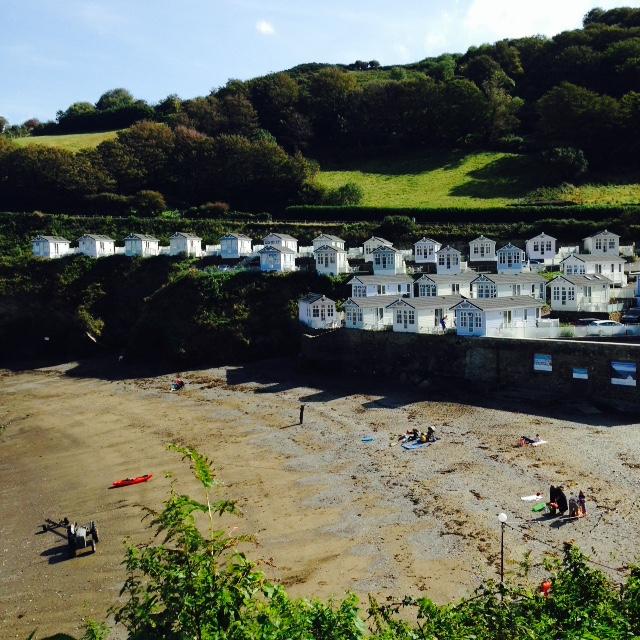 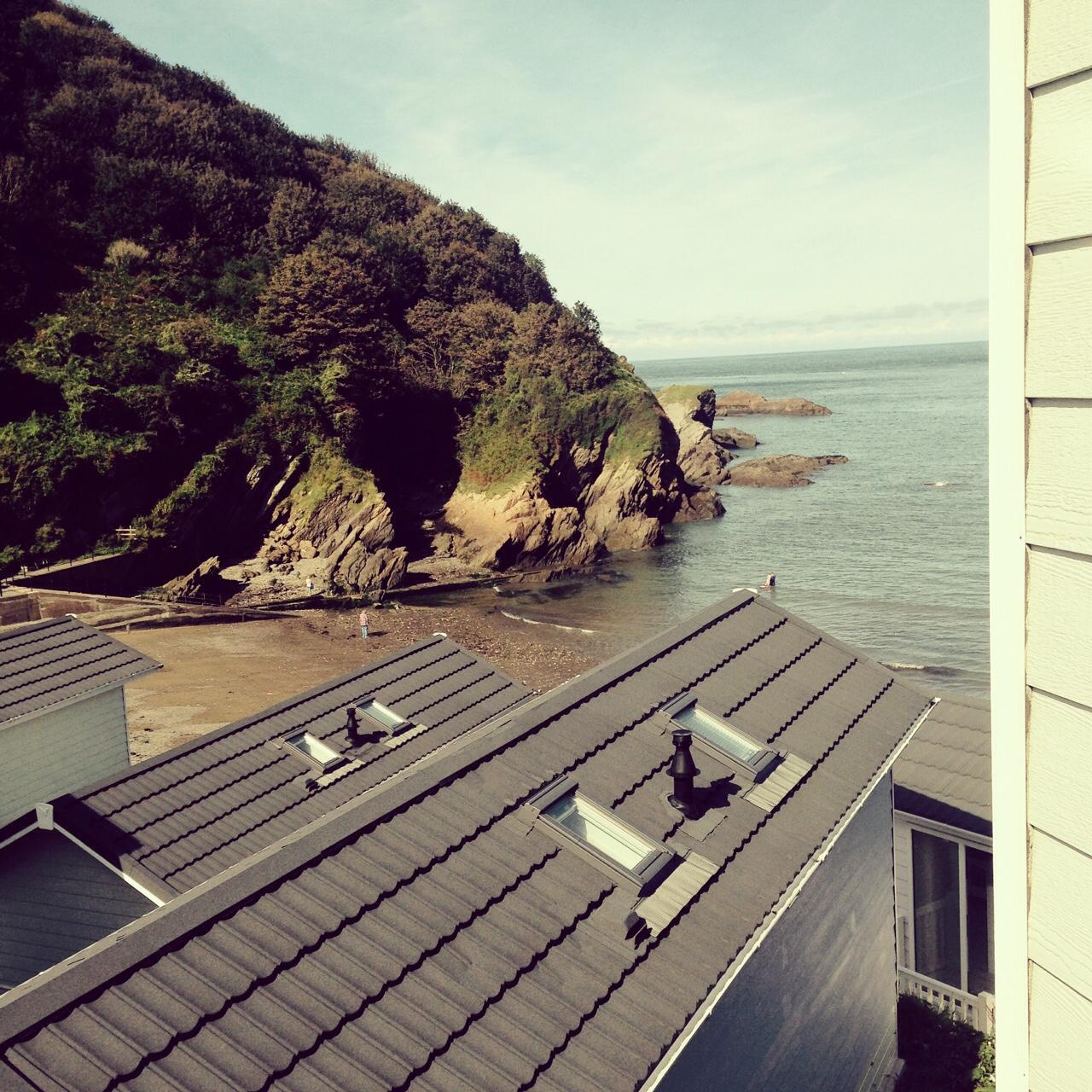 They’re cosy to say the least, but had everything you’d need for a romantic getaway. Imagine a caravan and a beach hut have a baby, and dress it up really nicely – that’s a Beachcove beach hut. We had a small living area, well-equipped kitchen, and then a compact bedroom with an ensuite shower room. All very nicely done.

The sound of the sea gently lapping on the shingle beach was instantly relaxing, and once I’d located the corkscrew we instantly started to unwind. The attention to detail was top notch, and there were plenty of little things that made our stay very comfortable – great bedding, good quality towels, nice furnishings – all of these seemingly small touches can make all the difference.

We even had a beach hut keyring. 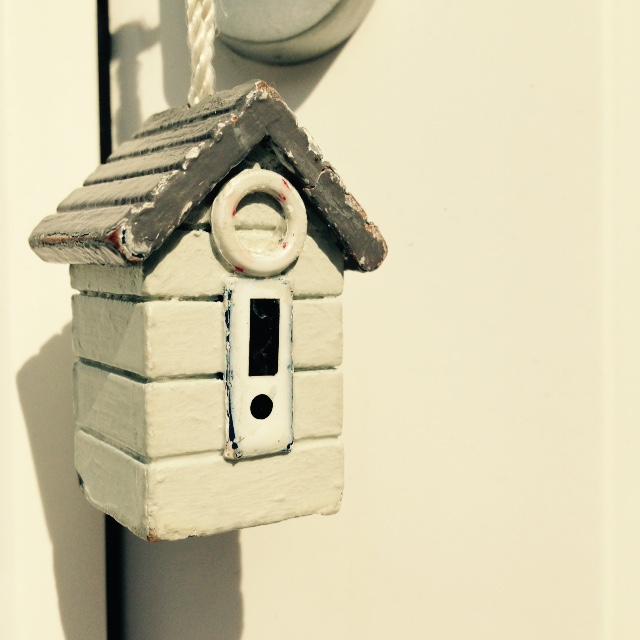 I’ll say this – the developers of Beach Cove Retreat could have taken a trip to Centre Parcs for a little inspiration.  No, I don’t want bikes to hire and 200 arguing families in a swimming pool, but if you’ve ever stayed at a Centre Parcs, you’ll know that inside your chalet you can’t see any of your neighbours’ accommodation.  It’s a clever illusion to make you feel like you’re in a remote location.  Now, I know that’s far from possible with beach huts, but being at Beach Cove you felt a teeny bit like you were living in London Zoo.  It was fine with the curtains shut, but there were very few spots in the hut where you couldn’t be observed but other residents.  It became slightly embarrassing, and over the course of the weekend we accidentally became voyeurs of three other couples ‘reconnecting’.  Not all together, of course.  It’s not that sort of place, but walking to the car to collect luggage it became apparent the best place to look at was the path.

The surrounding coastline is beautiful, and after an epic lie-in that involved taking full advantage of the TV in the bedroom, (something we don’t have), and watching Miss Marple until noon, we walked along the coast path into Ilfracombe.  Like most seaside resorts, behind the port shops, cafes and wine bars, Ilfracombe is looking rather tired, but it still has charm.  Like it or loathe it, Damien Hurst’s statue at the harbour entrance is drawing in the crowds and that can’t be a bad thing. 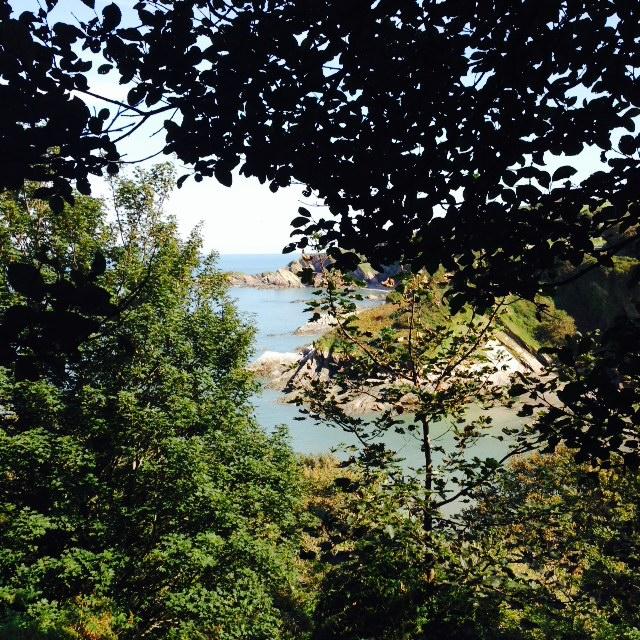 The very best bit of the day was finding an ice cream parlour selling Tiramisu flavoured ice cream. This is honestly the best ice cream I have ever tasted. So nice was it in fact, that when we left on Sunday I made Jo drive back into Ilfracombe for another scoop.

All in all, we had an incredibly relaxing weekend. We almost wished the weather had been wild and windy, as we imagined the huts would be wonderful in the winter, listening to the sea, rain lashing against the windows while you were cosy inside. Perhaps we’ll just have to go back in the winter and put it to the test. 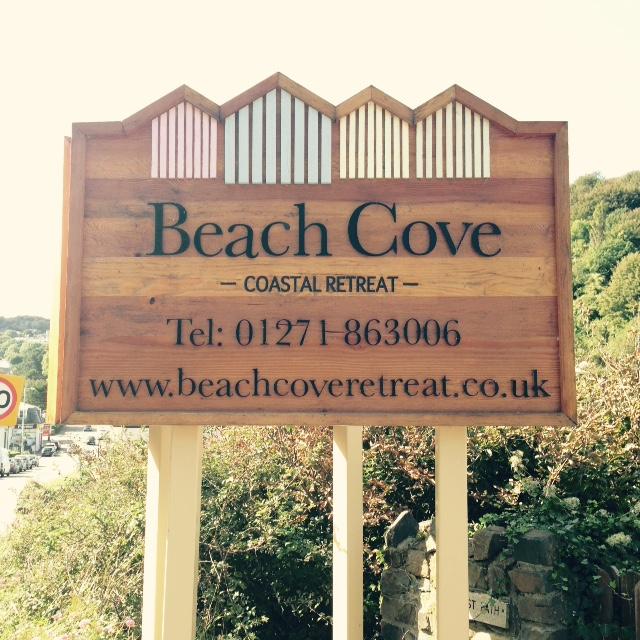 We were guests at Beach Cove Retreat for the weekend. All opinions are my own.