Who doesn’t love Marks and Spencer?

They’re one of those fantastic shops of your childhood aren’t they? My Gran would always buy her ‘bits’ from Marks and Spencer, and even after she had a stroke we would take her over to Taunton from Bridgwater every Saturday to stock up on rich tea fingers, ready to bake cauliflower cheese and other M&S essentials. Of course in the good old days you couldn’t buy things like Marmite – it was M&S brands only – but I guess as you get older you have to accept that things change. 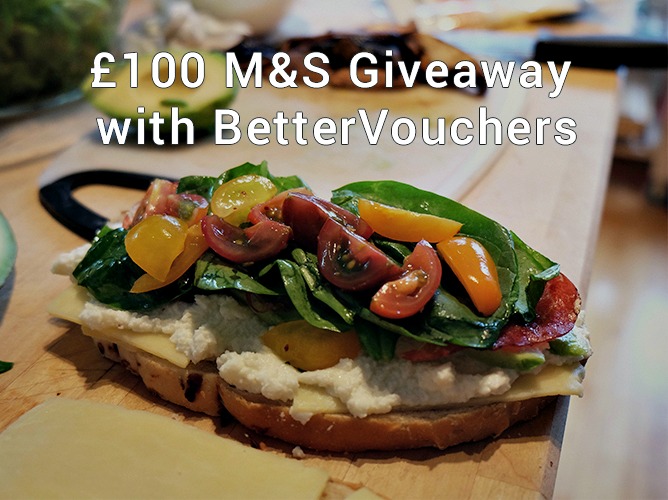 I’m working this month with the lovely people at BetterVouchers. As the name suggests, their sole aim is to make the world of voucher codes better, for you, the user. BetterVouchers have very kindly offered me a £100 M&S voucher to giveaway, so one lucky reader will be able to stock up on rich tea fingers. (Or clothes, or lovely things for your kitchen obviously, you don’t have to buy rich tea fingers.)

BetterVouchers is a small start-up based in Birmingham, who scour the web to bring you the best deals. You can read all about it in their manifesto here. In their own words there are four nagging issues which they intend to tackle:

At first glance, BetterVouchers looks quite similar to any voucher codes website, but there are a few subtle differences:

“We understand we are not perfect,” they told me. “The biggest challenge we have at the moment is that we don’t have as many stores on our site as we would like to. We are adding stores and vouchers every day but being a small team has limitations. We will not pretend to be a bigger company than we are and we don’t take ourselves too seriously. If there’s something we can do better or if we messed anything up, let us know on Twitter or Facebook. If it’s private and you want to message us directly just go to our Contact Page.”

If you like their concept and are dying to support them then do take a look at their voucher codes or, better still, check out some of the M&S voucher codes on their site when you win this voucher!

To enter all you have to do is answer a few very quick questions about how you use voucher codes. The competition will end on midnight on 29th June.

THIS COMPETITION IS NOW CLOSED.