For Christmas last year Boyfriend’s parent bought me an English Heritage membership. (Jolly nice of them wasn’t it?) I’ve been a National Trust member for years, lured in mainly by the cream teas, but had never really got into English Heritage apart from a visit to a castle with Belle on the Isle of Wight last summer.

Now though, I am a convert. This week my new handbook and magazine arrived, giving me the perfect excuse to turn off Twitter for a few minutes, make a cup of tea and read some real words on actual paper. You know, the old fashioned stuff, made of trees? 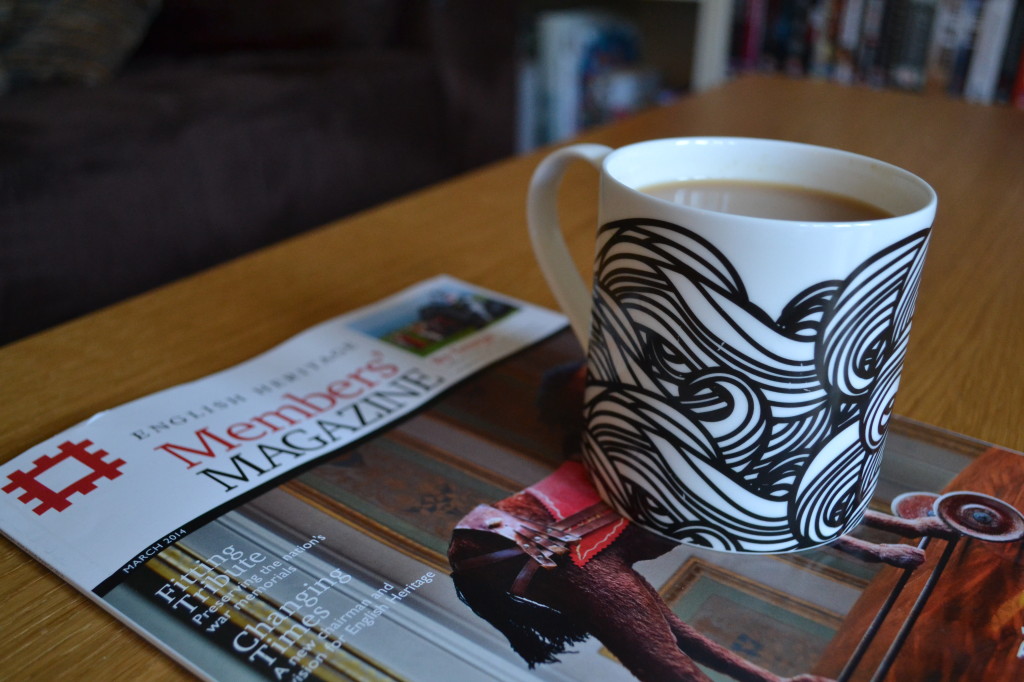 As part of my list of 40 things to do before I’m 40, I plan to visit every county in England, and I thought that English Heritage would be an ideal way to make sure I did something wholesome along the way, rather than just stopping in every county for a cake. I’ve browsed my brochure and come up with five English Heritage sites I would love to visit on my travels:

A bit of a classic this one. I have driven past it a few times, and have a vague memory of visiting when I was small (although it could have been anywhere really – perhaps the stones just looked big because I was little?) but I would love to visit properly.

There is just something so magical about it isn’t there? Seriously, those stones are massive, how did they even get there?? Please do take a quick look at the video – it’s really short but just beautiful.

The East Midlands generally is the region of England that I have visited least, so I thought I should pick out a couple from this area. I was drawn to Bolsover Castle in Derbyshire as it’s described as a ‘fantasy castle of frivolity’ – ‘a uniquely preserved example from an age of extravagance.’

Well, I’m always up for a bit of extravagant frivolity as you know, so what’s not to love?

Also in Derbyshire, I thought this one would make a nice contrast to Bolsover, as it used to be a prison. Call me morbid if you will but there is something very evocative about a ruined prison. Gazing out over the Peak District I imagine getting a real sense of what life may have been like as a prisoner – the vast, sparsely-populated landscape stretching for miles.

It hasn’t always been a prison mind you – mentioned in the Domesday survey, Peveril Castle is one of England’s earliest Norman fortresses. Pretty cool.

Having lived near Glastonbury for the majority of my life I have a bit of a soft spot for ruined abbeys and Whitby Abbey looks particularly beautiful. In fact, its gothic splendour is said to have inspired Bram Stoker’s Dracula – spooky stuff. There are even sometimes live performances, helping you to get into the Dracula spirit of things, which is always fun.

When you think Essex you might not immediately think stately homes and sites of historical interest, but Audley End House looks like a cracker and Essex is on my list of counties I’ve never been to. Reopening this spring after a huge redevelopment project, Audley End House promises the whole upstairs downstairs thing – showing the contrast between how different members of the household lived.

I always love seeing the kitchens and servants’ quarters in old houses as I think these create much more powerful, relatable stories.

What are your favourite English Heritage sites?

All images apart from the one of my cup of tea are courtesy of English Heritage.