I had quite a few people comment on my post about our family ski holiday in the French Alps with Snowbizz and say that they’ve never really fancied skiing, so not considered a ski holiday before. Now this might seem like an obvious thing to say, but actually there is potentially a lot more to a ski holiday than just skiing. 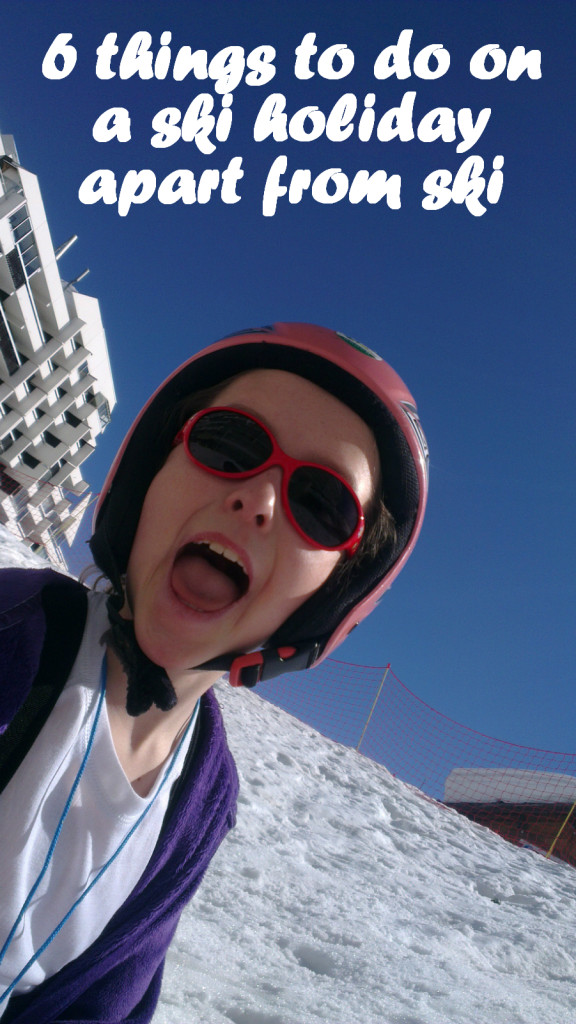 It might be a little bit silly to book a ski holiday if you have no intention of skiing whatsoever, but if you are married to a skier for instance and aren’t so keen yourself, there is no reason why you can’t take the kids away for a ski holiday and enjoy all the benefits of being away from home whilst your other family members take to the slopes. I have a friend and fellow blogger who regularly does just that – her husband and children ski and she enjoys the time to herself, reading, relaxing and drinking hot chocolate. Sounds like a pretty decent holiday to me.

Here are some of the things that Belle and I recommend on our Snowbizz ski holiday:

Go out for breakfast

There is something about eating breakfast out that is much more exciting than any other meal. I don’t know if it’s because you have things that you would never normally eat at home, but breakfast is always one of the best bits of going away for me. I love hotel breakfast buffets and the challenge of eating as much as the possibly can (not really the point I know, but it’s included in the price, so you have to do your best) and in Puy we loved going down to one of the cafes for crepes. You can’t go to the French Alps and not eat crepes can you?

If you’re not a fan of skiing but still want some snow action then sledging is a great option. For starters, you are already on your bum, so there’s no risk of losing your feet from underneath you. (I say that, but Belle still manages it in this video.) There are loads of sledges available to borrow from the Snowbizz team so you don’t need to worry about taking one or buying one. Other standard snow activities include snowball fights, snowman building and snow angels.

If you’re done with the usual soft drink offerings in UK pubs and cafes, check out the range of crazy syrup flavours in the cafes in Puy. Not only did Belle learn a lot of useful French vocabulary, but I got to have a drink that tasted of parma violets. Awesome times. It was such lovely weather when we were there that we could sit outside with our exotic syrups playing ‘Go Fish’ in just t-shirts. Don’t say we don’t know how to live the rock and roll lifestyle. 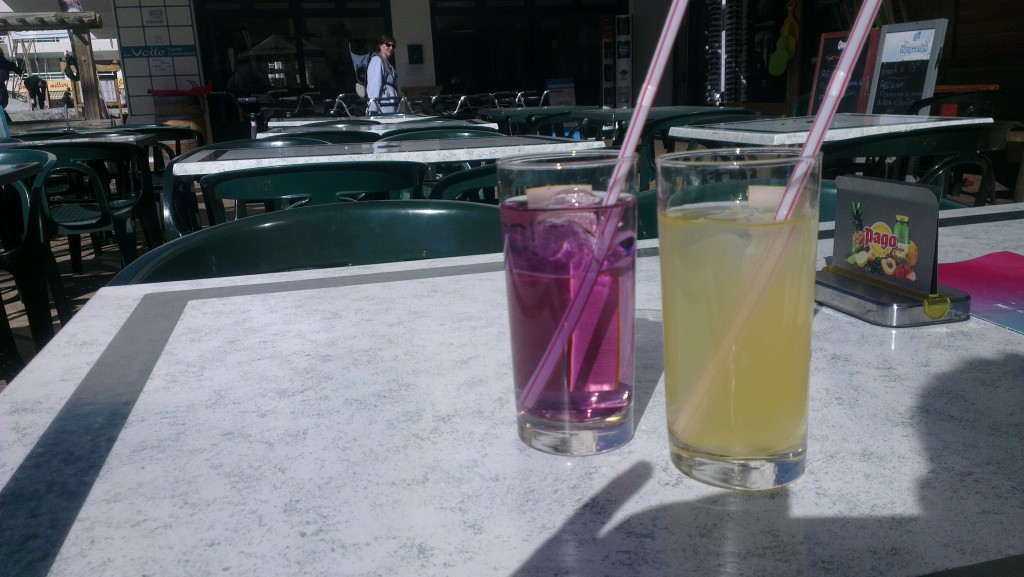 The outdoor pool at Puy was open from 3pm everyday and if you arrived early enough there was a good chunk of the pool that still had the sun on it. You might not think that being outside in water and surrounded by piles of snow would be the most relaxing of experiences, but there was something very magical about having part of your body in warm water and the rest in the cold air. Belle loved the pool and we went most days. We made up several very entertaining dances and played a strange game that was either called ‘Rabbi Dolphin’ or ‘Rabid Dolphin’ – I was never really sure.

Although it’s a relatively small resort, (I think, never having been on a skiing holiday before), there are plenty of little shops selling sports and ski gear, outdoor clothes, souvenirs and sausages. In fact, our apartment had a sausage and cheese shop underneath it, so the delicious smell of garlic and cheese filled the air for the whole week. I bought back a rather extensive cold meat selection and now every time I open the fridge I get a whiff and imagine myself surrounded by snow. I also just had to add to my ‘adorably tacky holiday fridge magnet’ collection. 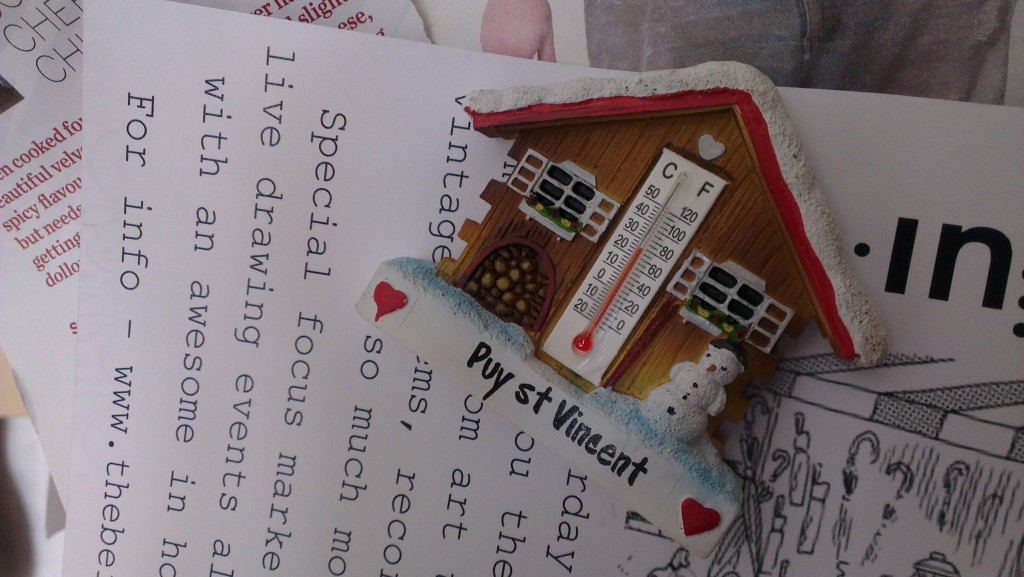 Watch a film or read a book

You don’t have to be skiing, sledging and swimming all day long you know – a holiday is meant to be chance for a rest as well. We had a DVD player in our room and the Snowbizz office had loads of DVDs to borrow, so we really enjoyed having the time to watch a few films and generally veg out a bit. Belle’s favourite was About A Boy – a Hugh Grant classic. If you wanted a more authentic French experience there is actually a small cinema within the resort. We spent a bit of time on Amazon before we went too and chose a couple of new books each for the Kindle, and picked up some magazines at the airport.

What are your favourite things to do on holiday?

Disclosure: We went on holiday as guests of Snowbizz – thanks Snowbizz!