A few weeks ago I was lucky enough to spend a day at Vale House Kitchen, a brand new cookery school near Bath. Run by Bod and Annie, two of the nicest people you could ever hope to meet, Vale House Kitchen aims to reconnect people with their food by teaching basic hunting, fishing, foraging and cooking skills.

You can see for yourself how beautiful it is and find out more about the making of Vale House Kitchen in this short video:

I went on the Chef Skills course, run by fantastic local chef Kieran Lenihan. Kieran was an excellent tutor and I will definitely be paying his restaurants a visit. 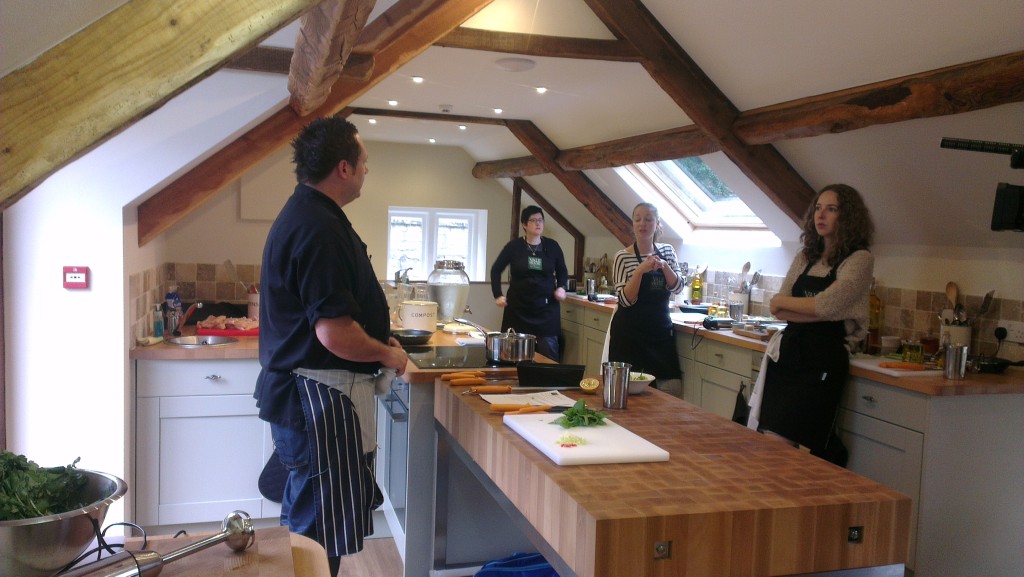 One of the recipes I prepared on the day was a ballotine of chicken with goats’ cheese and thyme. So inspired was I that I made it the very next weekend for some friends, and they described it as ‘the fanciest thing I had ever cooked them’. What’s great about it though is that you can do all of the prep, including the poaching, in advance, and then just fry it up at the end and look dead impressive. 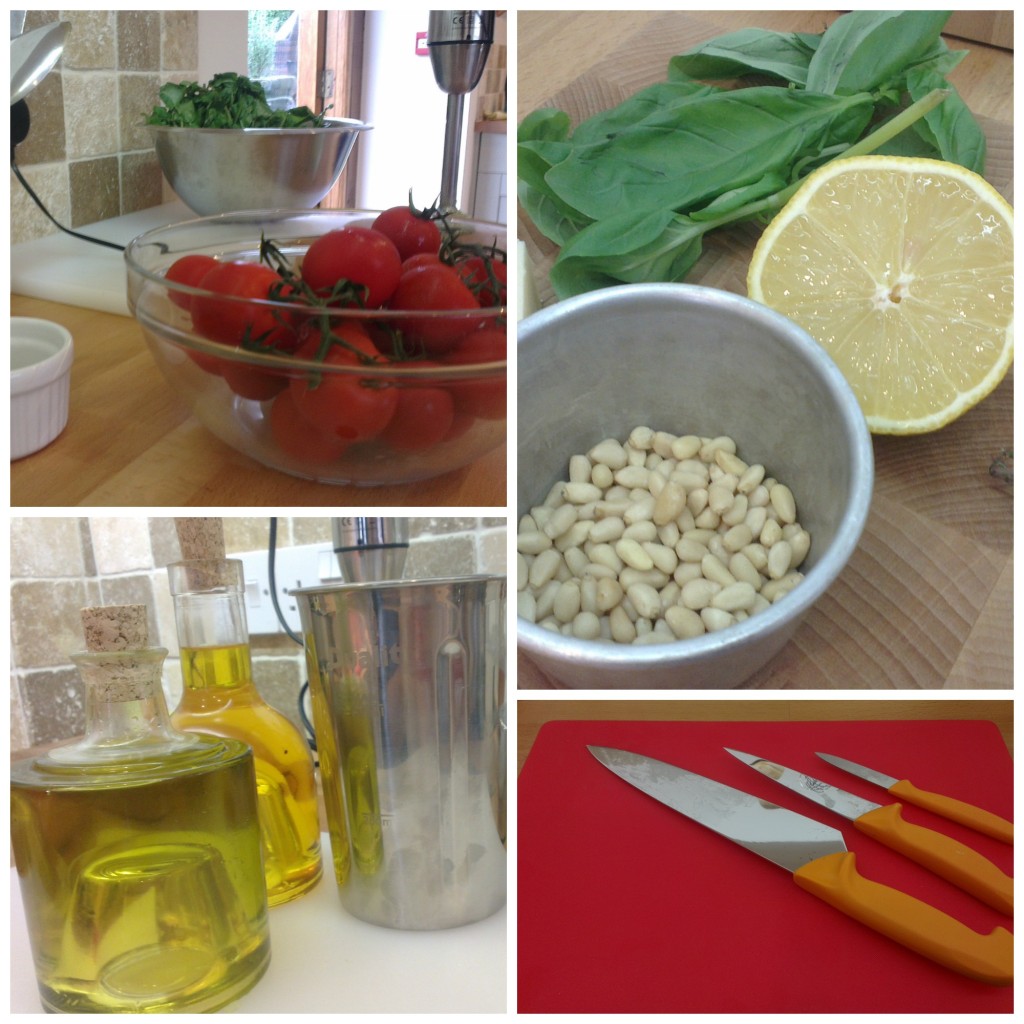 Although I don’t think I have ever used the word ‘ballotine’ in my live before, it was much easier to do than it sounds, so don’t be scared.

First off, take a chicken breast, and butterfly it. This means you slice into the side of it a little bit so that you can open it out into more of a circle. Cover it with cling film and bash it with a rolling pin until it is bigger than when you started but not so flat that the stuffing will fall out.

Next layer on a few slices of goats’ cheese, a few fresh thyme leaves, some lemon zest, and a twist or two of black pepper. So far so good. (what’s nice about this dish is that once you have learnt the basic techniques you can really experiment with flavours, test out other stuffing combinations and experiment with different meat.) 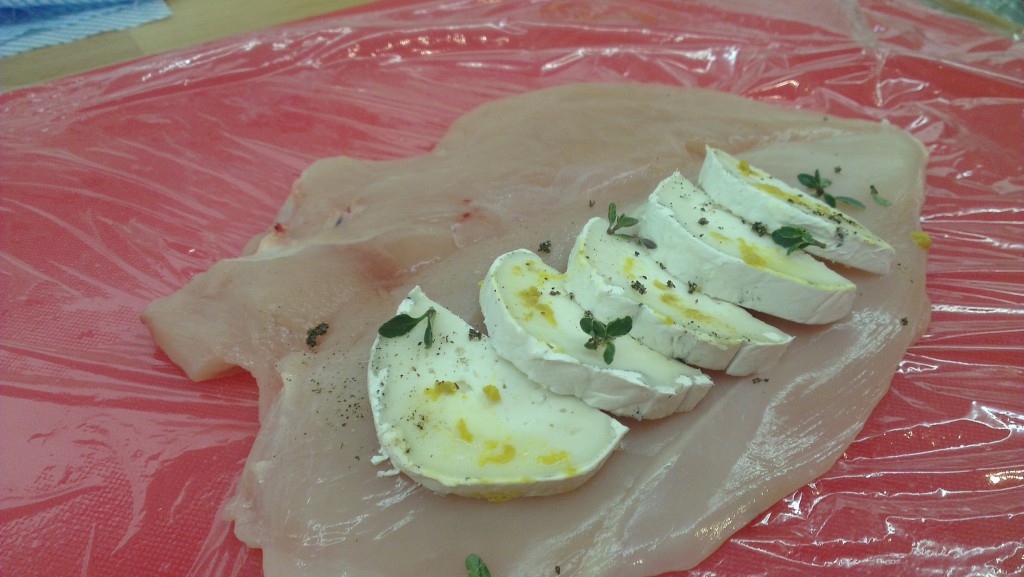 Now comes the slightly fiddly bit. Using the cling film to help you, roll up your chicken into a sausage. Try not to leave any holes for the filling to leak out. Wrap it up tightly in the cling film, tying off both ends. It should end up looking something like this: 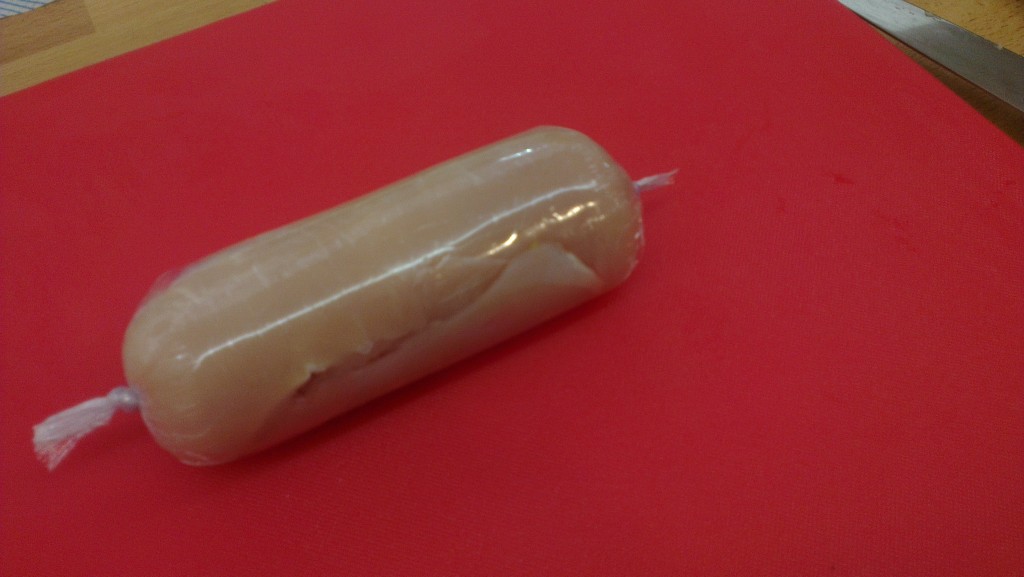 How many you make will depend on what you are serving with it, but for a main meal you would probably want one per person, although you could make it stretch. Pop your chicken sausages into a pan of boiling water, making sure they are covered, for about 12 minutes, then take them out and leave to cool. This is the point at which you can pop them in the fridge for later if you are preparing in advance.

When you are ready to serve open up your cling film parcel and slice your sausage into thirds. Fry on a medium/high heat until nicely brown and heated through. We served our chicken with a rocket, tomato and beetroot salad and a home made pesto, but chicken is so versatile you could serve it with just about anything – salad, new potatoes, pasta, seasonal vegetables – you name it really.

And here is the finished article. Look impressed: 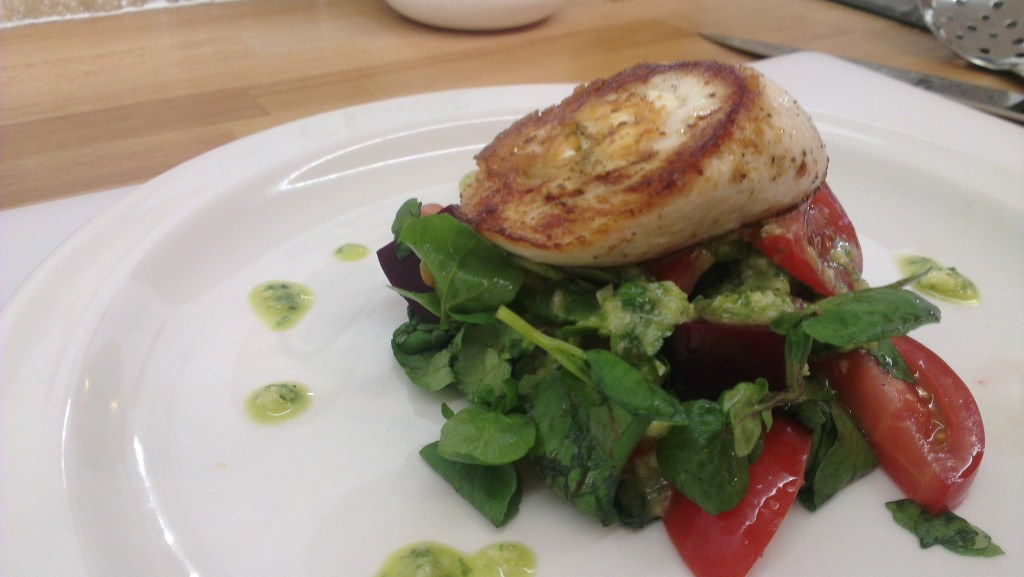 Seriously, if I can make this then anyone can, and if you don’t feel entirely confident you can always visit Vale House Kitchen to brush up on your chef skills!

Disclosure: I was invited to attend the course to find out more about Vale House Kitchen and what they do.