Today I am hosting a post from Ernest Randriarimalala of WaterAid as part of their Madagascar Schools Appeal. Please do spare a few minutes to have a read. 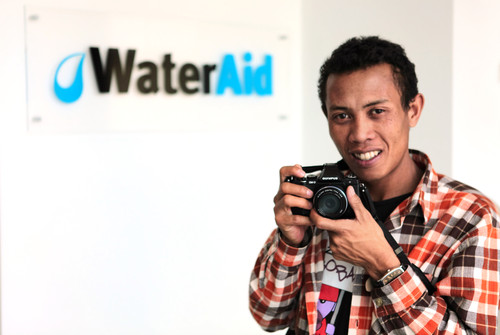 My name is Ernest Randriarimalala. I come from Madagascar and I work for WaterAid in the capital, Antananarivo. Madagascar is a beautiful country and I’m sure many of you will imagine it be an African paradise just like this… You may be surprised to know that with all its beauty, my country is very poor and more than 11 million people have no access to clean and safe water. The effects are huge. Dirty drinking water is one of the biggest barriers to getting a good education in Madagascar. Students – and teachers alike – are often unable to attend school due to illness. This summer, we have an amazing opportunity to transform the lives of 12,000 children with something as simple as taps, toilets and hygiene training with the Madagascar School Appeal. But we need your help.

Earlier this summer I visited Morondava and the Tsimahavaobe village, one of the areas affected by the water crisis which has received funding to make their drinking water safe and improve sanitation. Whilst I was there, I met with some of the children and their parents in family homes. 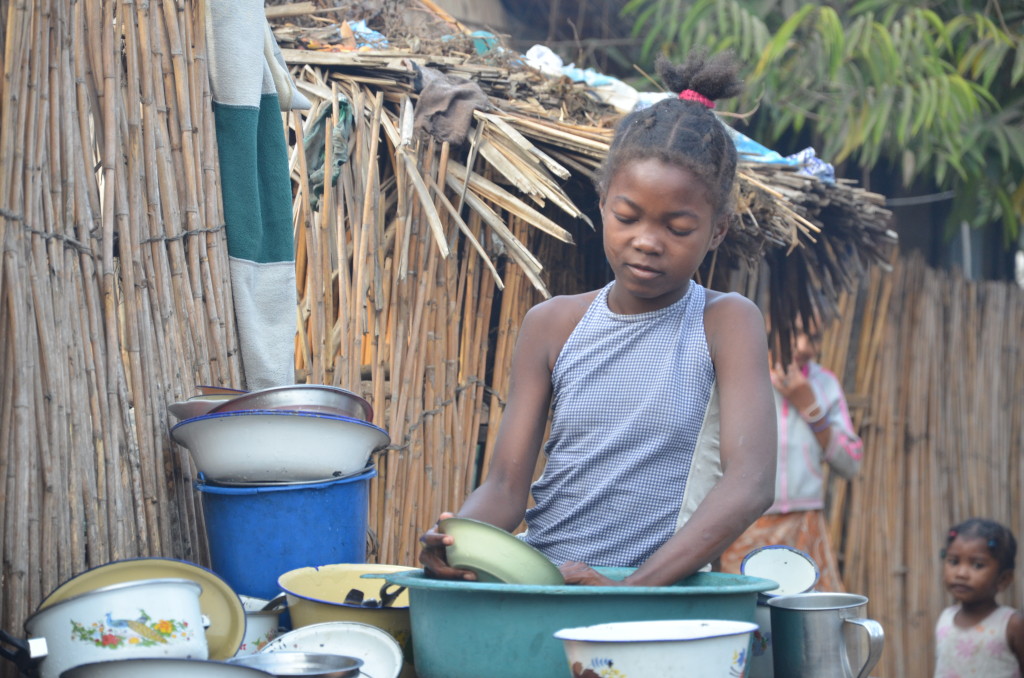 I have visited many communities before but what surprised me here was their kindness and hospitality; I was offered tea or coffee before we even talked. Their living conditions, however, left me shocked and saddened, as some of them have just a cooking pot and a bed which is only for the parents. The children have to sleep on the ground.

As soon as the children wake up, they are tasked with domestic work such as washing dishes and clothes; fetching water and preparing food are all typical chores which must be carried out to help their parents before they go to school.

When I spoke to the parents, almost all have the same aspirations. They told me that they dream of a better future for their children. They want their young ones to be well educated, not illiterate like them. Some are coffee and tea makers and sellers, while others are rickshaw pullers or tobacco merchants. They want their kids to be more successful than them in life.

The children here love school and studying but the lack of safe water and latrines has already held some pupils back because they got sick and had to miss school.

“Over 4,000 children die every year from diarrhoea
caused by unsafe water and poor sanitation.” 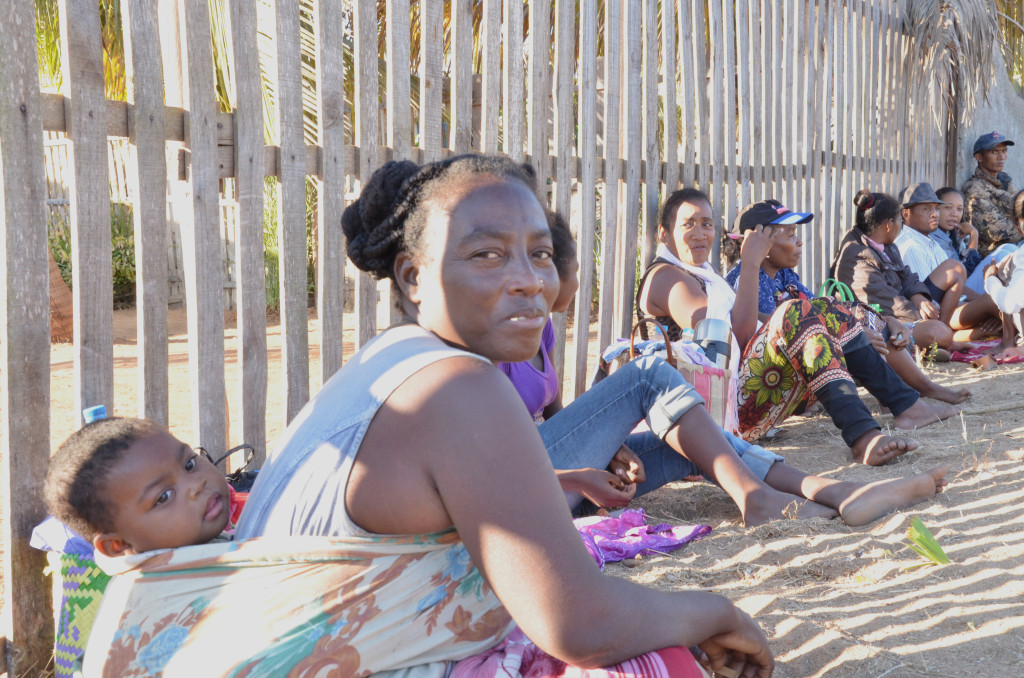 It was lovely to see how supportive the parents were on the day I arrived in Morondava, as the pupils in class five (the last year in primary school) had their first official exam, the Certificate of Primary Studies (the CEPE), an important basic step in school in Madagascar. Most of the parents decided to stop working for two days to support their kids and waited patiently outside the school with their lunch while they sat their exam. The Tsimahavaobe primary school kids were also taking their exam in another public school in Tsimahavaokely.

Now, through WaterAid’s Madagascar Schools Appeal, a sanitation unit is being built ahead of the new term, which will improve the lives of both the children and their teachers and allow them to be healthier and focus on their studies. 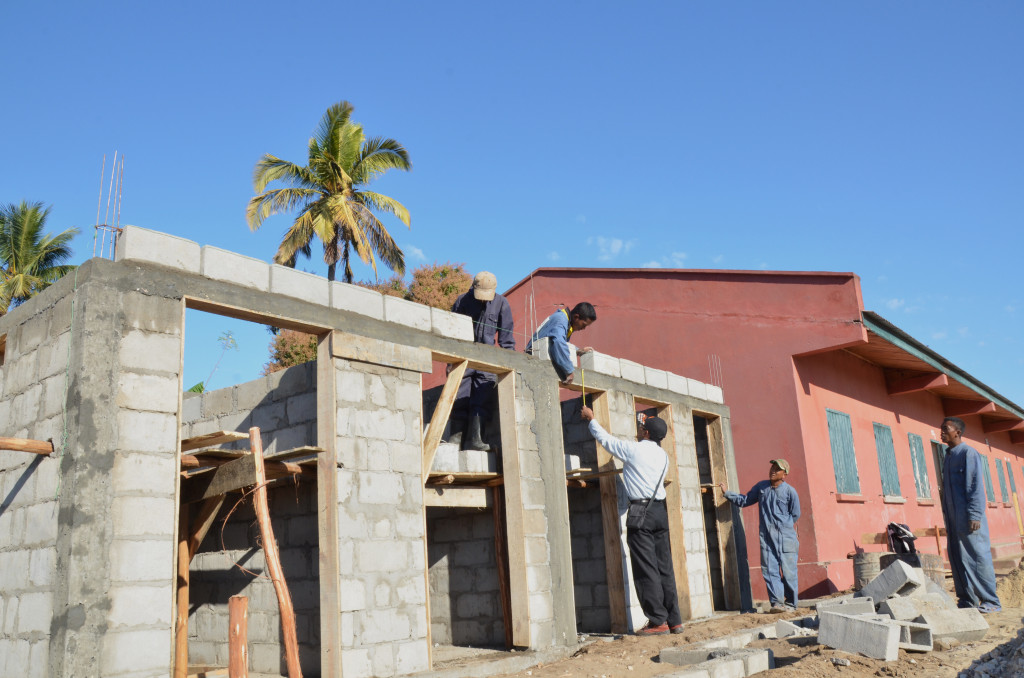 I visited the school at around 7am and even though the pupils were on their summer holidays, those who live nearby in Tsimahavaobe village were already there. They were so excited about the changes taking place at their school that they just couldn’t stay away! They told me that they like to come and play in the schoolyard to watch the construction and see how it changes day by day. 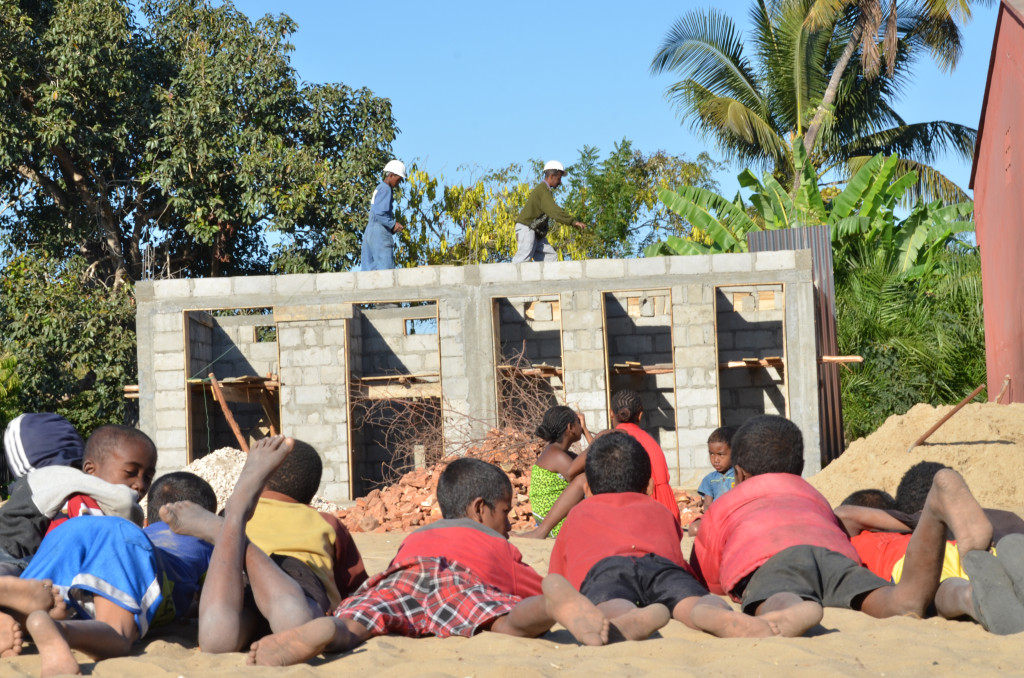 The teachers told me that they believe that having safe water and good sanitation will motivate and encourage parents of children who don’t currently go to school to bring their young ones along too. Before WaterAid’s work in their community, the school was not considered a proper school as it didn’t even have a toilet and the children preferred to stay at home with their parents.

“Over 18 million people don’t have access
to adequate sanitation in Madagascar.”

Without having a toilet at the school previously, the children and teachers would have to defecate in an open area behind the school building. It’s not pleasant for anyone to have to do but for the teachers it was an everyday ordeal and they would have to go far away from the school to do so in order to maintain respect for themselves.

Now, the open defecation area behind the school building has been cleaned, cleared and converted into a lovely, shady place to play. Having seen what it was like before, I could imagine the hard work that they had undertaken.

Bring the Community Together

Initially, Andry (from our partner organisation, the Economic Commission of Africa), found that the biggest challenge to bringing the community together was finding common ground between the parents, the school and the school district regarding the best place to install the infrastructure.

Now the building phase of the sanitation block and all of the planned activities in the school are well underway. The stakeholders, such as the fokontany (community) and the school district are thinking of the best way to secure materials and the infrastructure. The ECA has good experience of leading community and stakeholder participation to ensure project work is sustainable.

Overall, the build is having an incredible effect on motivating the community with children, teachers and parents all wanting to be a part of this change. They have helped by digging the pit, fetching water and sand, and giving the technicians and masons somewhere to stay. Some of them have even given food. They also have an action plan for a healthier and nicer school.

There is a great atmosphere and I am looking forward to going there again.

How can you help #BuildFutures for the children of Madagascar?

WaterAid transforms lives by improving access to safe water, hygiene and sanitation in the world’s poorest communities. In Madagascar, the lack of taps and toilets is a big problem. Every year, 4,000 children under five die because of this. With half the population under 16, young people across the country are affected in many different ways.

Through the Madagascar Schools Appeal we can reach 31 schools like this one in Morondava, with over 100 toilets and 150 taps in total, but we can’t do it without your support.

It would take just £15 to buy tools to build a well, £25 to train a local water and sanitation committee and £50 to train a village pump mechanic.

So let’s put smiles on children’s faces and clean water in their communities and see how clean water and toilets can really be life-changing.

Make a Donation and #BuildFutures

Finally, I’d like to personally thank Jo for her support on this campaign on behalf of WaterAid and everyone here in Madagascar.