Wednesday last week did not quite go according to plan. I’d meant to get up super early, and be in work before nine, but at 8.15am, when she’s normally just about leaving for school, Belle came in and woke me up. She was in her pyjamas, looking sleepy.

‘Oh bugger,’ I said, jumping out of bed.

We scurried around making lunches and what not, and ten minutes later I was at the door, ready to go. I was still in my pyjamas and slippers, but really, details.

I stopped for a second and sniffed the air.

‘My pyjamas smell of Michael Bublé,’ I said.

Now that’s a line you don’t imagine you’ll ever say out loud isn’t it?

Of course they didn’t smell of actual Michael Bublé. I imagine that in real life Michael Bublé smells of cinnamon and Christmas trees and freshly pressed white shirts. This was the smell of his new perfume – By Invitation. I had invited it onto my wrist the night before, and it was still going strong. 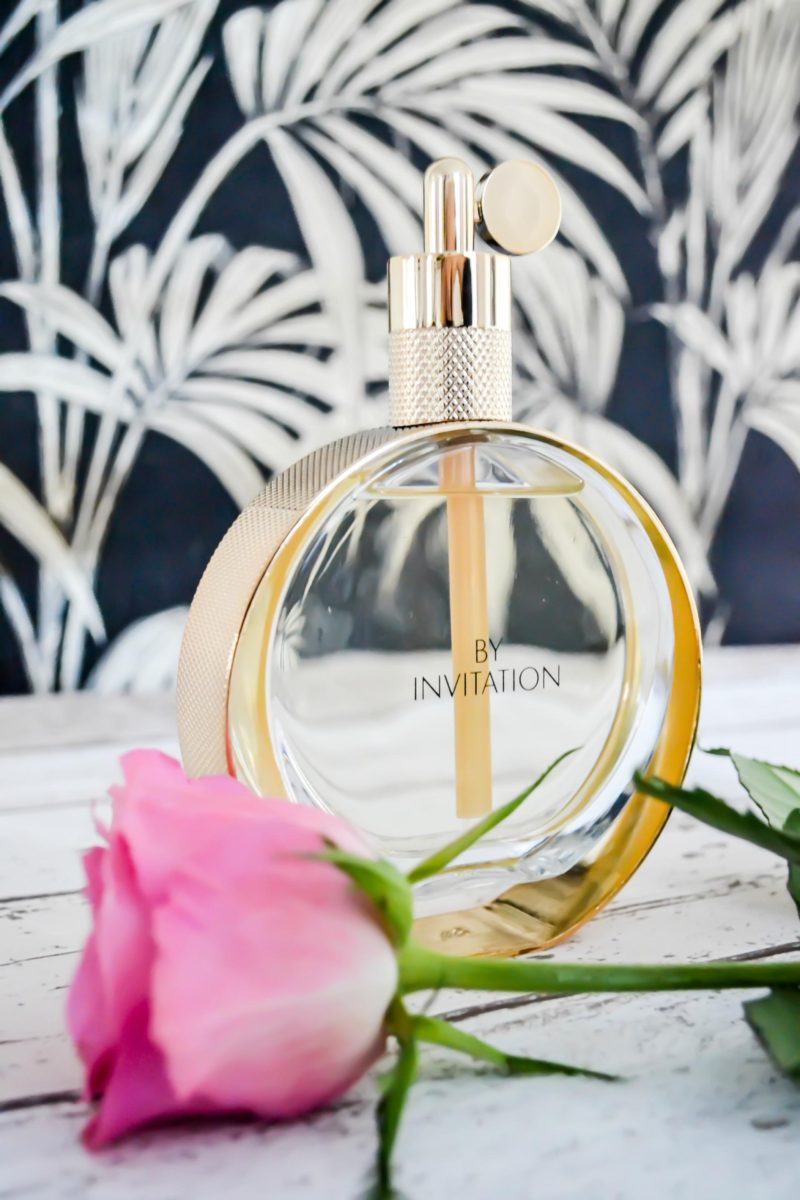 With By Invitation, Michael wanted to create something special that women would love, and that he loved too. ‘It’s no secret that I’m a hopeless romantic,’ commented Bublé. ‘It’s in every note I sing and every song I write. The idea was to create a special ‘invitation’ to fans into my new world of fragrance. I’m inviting women to enjoy a beautiful scent that represents my personal taste and imagination. By Invitation is what I’d call ‘love in a bottle.’

Have a watch of the TV ad. This could basically be me on the school run, but less sparkly, gold skirt, more grey, flannel pyjamas:

By Invitation isn’t just another celebrity fragrance. Michael was involved in every stage of the design process, from the sparkling top notes of bergamot and lemon to the warm base notes of cedar wood, vanilla and praline and even the design of the bottle and packaging. The bottle itself has been designed to feel decadent and luxurious, with the cap a nod to vintage scent bottles, and it really is very pretty. 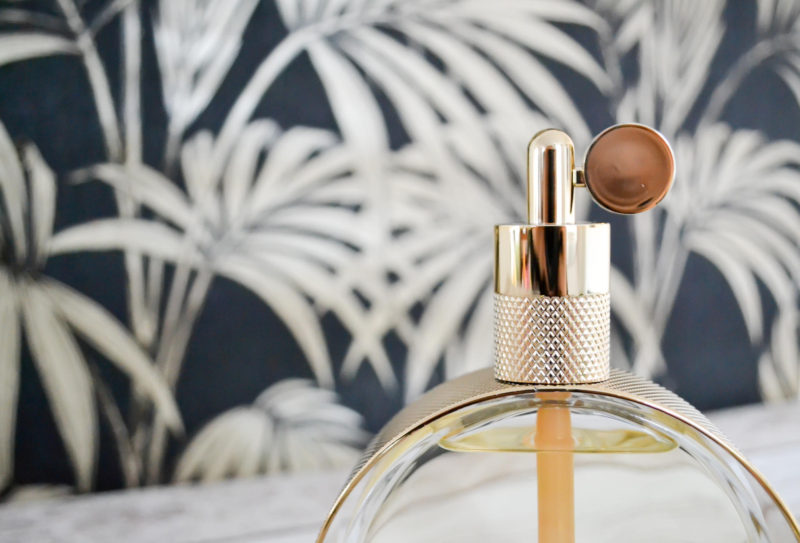 As soon as I opened it, Belle pounced.

Her stock line when a parcel arrives.

‘I’ve not even squirted it yet!’ I pointed out. We had a spray.

It does have a sweet, fresh smell to it at first, and then as it warms up it has a real depth. A sexy, spiciness. I could imagine wearing it out to a restaurant and people turning towards me as I wafted in. It smelt expensive. (Although it’s not hugely. Michael is trying to bridge the gap apparently between luxury and affordable.) It certainly lasts like a very expensive fragrance – a fact to which my pyjamas will testify. There’s nothing worse than spending money on a lovely perfume, only for it to fade to nothing after an hour. This definitely isn’t the case with By Invitation.

Having dropped off Belle at school, I drove home, trying to distract myself from the weird metal grating noise the car was making by sniffing my wrists at every set of traffic lights.

Sorry Belle, but I don’t think you’ll be getting your hands on this one. 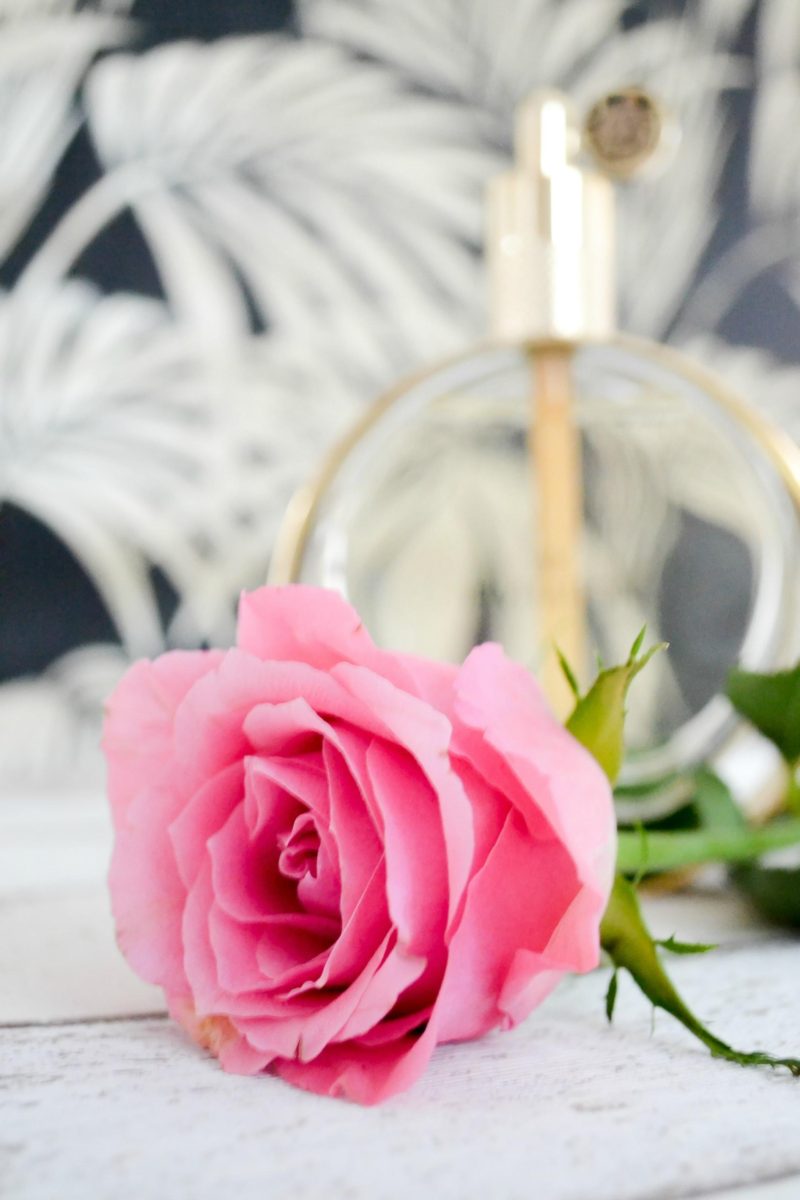